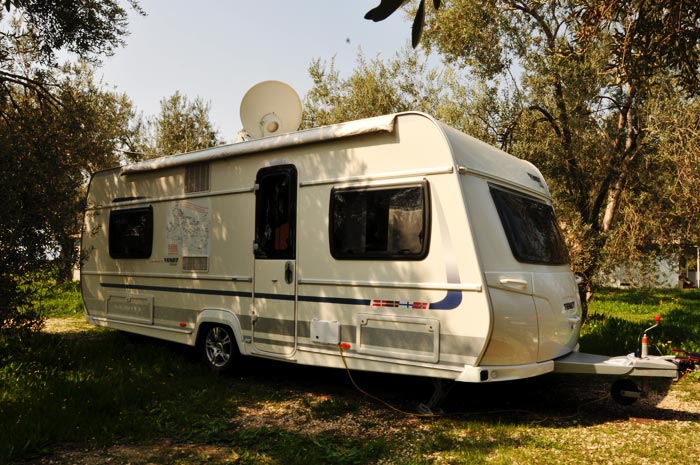 Our journey of culture and intimacy along the Roman roads, started by receiving a caravan from our sponsor for livable conditions during the trip. Fendt-Caravan company introduced the latest models at an event in Germany’s Rain town and the delivery ceremony was conducted. The first step of our intimacy journey along the Roman roads was Vienna. For the interview with Mrs. Mohapp and Dr. Krikil about the project, we had to stay two nights in a town called Hutteldorf. We did not experience any difficulty in finding the travel and camping site, only wasted a little time while searching  the camping site entrance because of the darkness. 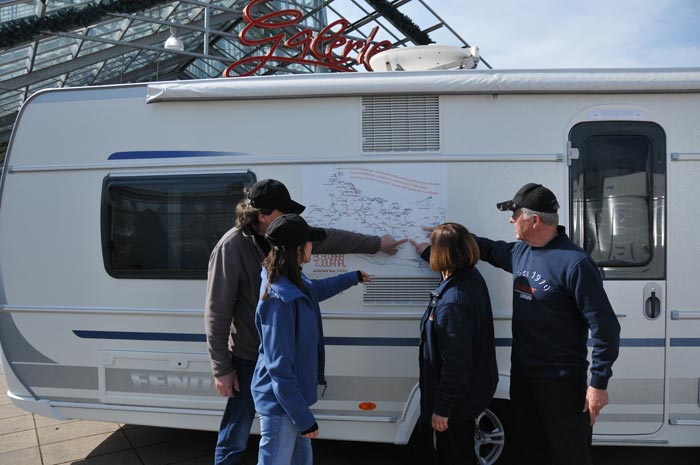 West Wien Camping was quite crowded in this season of the year. We parked near  the closest caravan, then  supplied  water and electricity to our mobile home.  The caravan Saphir-Scand, we are going to use throughout our travels is a highly equipped model for winter. My favorite feature of this model is the floor heating system which works with both electricity and gas. However, if there is a problem with the electricity, it is possible to switch gas heating. This is an advantage for us having a suitable model for accommodation at the camping sites in tough weather conditions. 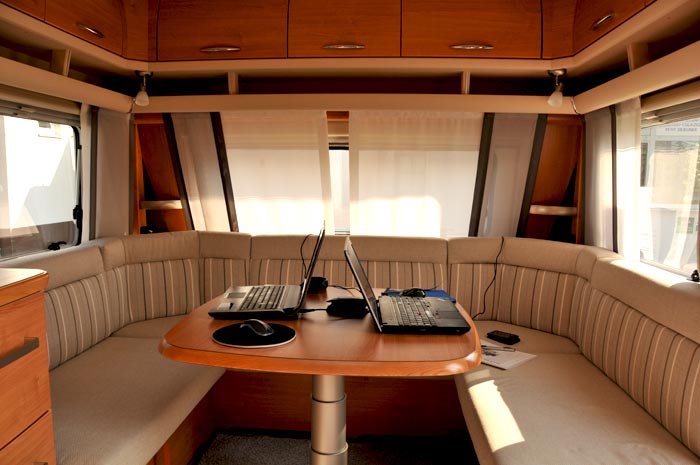 For the interview, we went to house of Mrs. Mohapp, who is the daughter of Clemens Holzmeister. He is the architect of Parliament and Ministry of Defense Buildings in Turkey that caused the change of an era, contributed to the growth of the country.  The beauty of Mrs. Mohapp’s garden full of bird tweets and her dog, wraps it up in a different  value. The book series on the shelves and antiques drew our attention and we felt like we were in a museum. 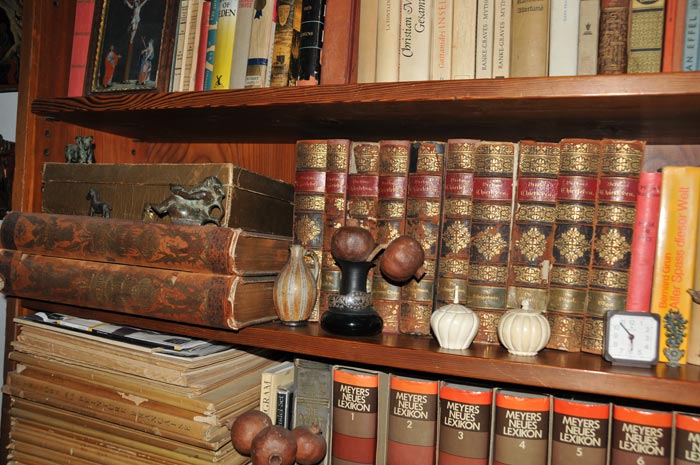 Mrs. Mohapp is a friendly and sophisticated woman and it is obvious that she has knowledge about a lot of subjects.  Along with these, we found out that she is a good cook. We had an enjoyable and satisfying evening together. The next day, Mrs. Mohapp’s son Roman, showed us around and guided us in Vienna with his all kindness. 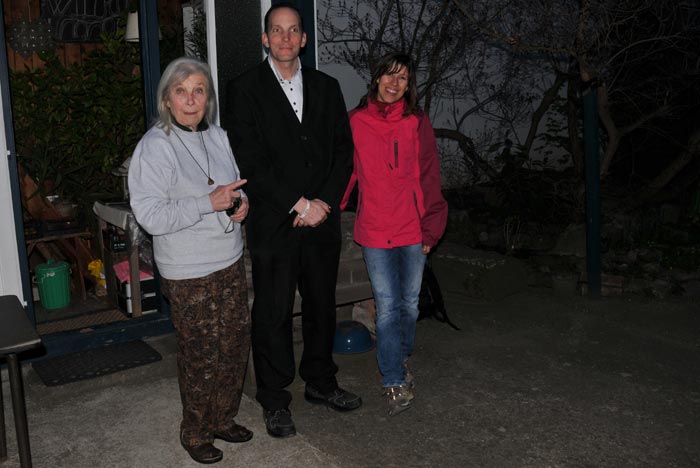 An image captured by Detlef in Vienna streets. 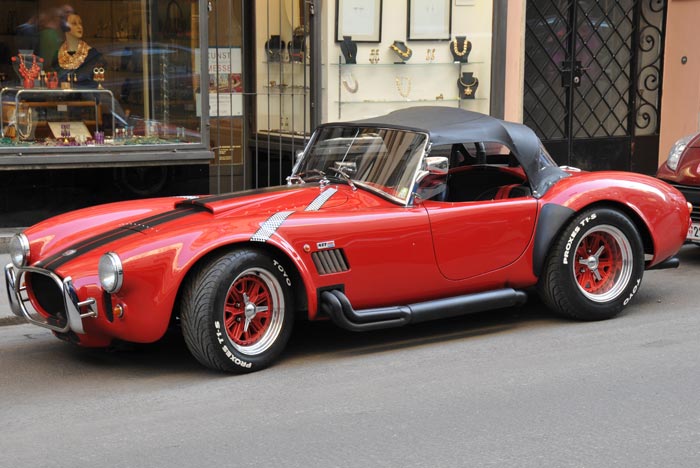 By bird-eye view, we watched the city from the tower of the Vienna Cathedral, which Roman left to the end of the trip. With its Romanesque and Gothic form, the cathedral is located on the heart of Vienna's Stephansplatz where Vienna visitors choose to see first. 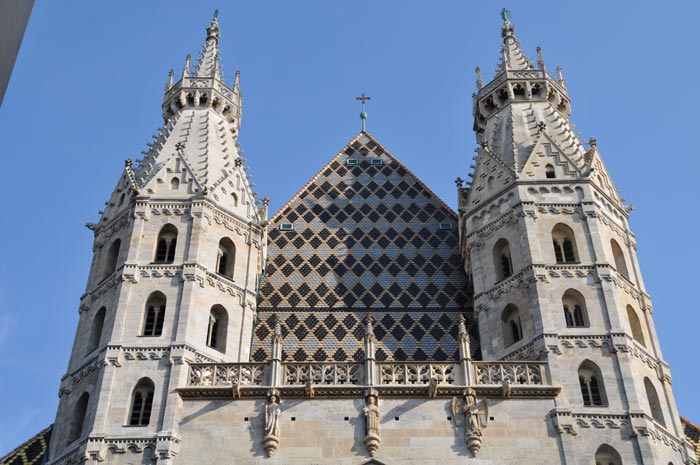 Inside Vienna Hofburg complex, there is the Ephesus Museum in one of the most beautiful halls of the youngest structures of the museum areas and I visited without losing time. It is a strong reason to me, seeing one of the most striking and beautiful examples of mosaic which remained from the antique period to present. In the evening,  we were tired and after eating  Sachertorte, Roman took us to Mrs. Mohapp. We got a chance to say goodbye to both of them. 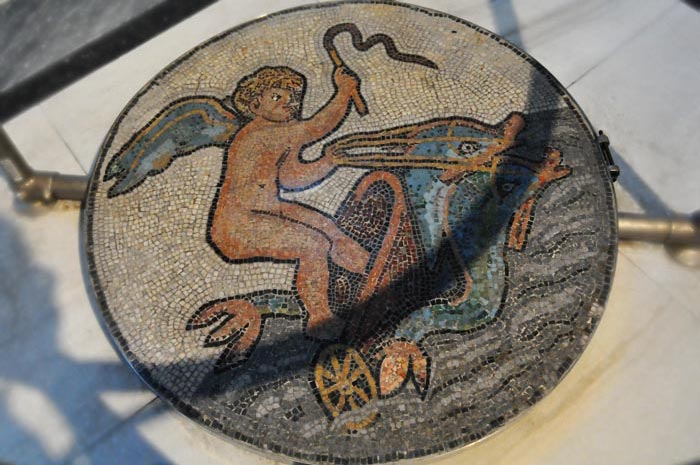 The journey was kept on, we had to move to the south. Since there was not much time for the 60th anniversary celebration of Goethe-Institute, we departed in the next morning. After spending the night around Belgrade, we followed the Macedonia road. Here is The Ancient Town of Stobi that we saw on the roadside and visited quickly. We will come this place again, in order to see all the ruins and the city. 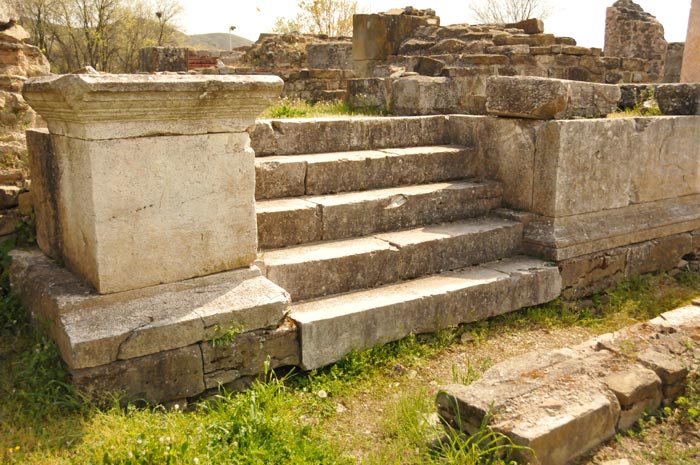 After this short visit to Stobi, we went on up to Kavala on the same day. The next day, we crossed the Turkey border and arrived in the town of Küçükkuyu in Çanakkale. Along the road, we had difficulty in finding open camping sites in this season. The Oba Camping was preparing for the season yet, since we need nothing except electricity and water, they accepted us.

The Oba Camping site is situated in Küçükkuyu town of  Ayvacık district in Çanakkale. It is a huge garden for us, endowed with olive trees on the coast line. Although our mobile home was small, the gardens were wide, so, we did not get bored.  On the road of Europe, we want to create an opportunity for visiting  The Oba Camping again because of its geographical position, the beauty of the camping site and the sincerity of camping managers while welcoming us. 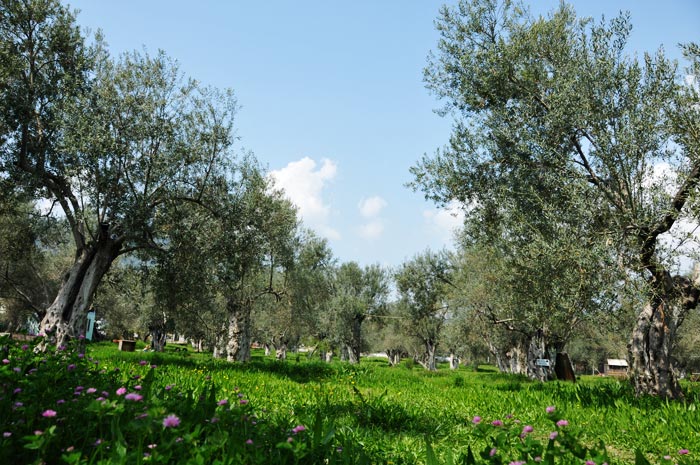 When we arrived in Izmir, we preferred the camping site of Oba Service Area in Güzelbahçe, because it is close to the city and it is open all the year round.  Even though we could not have seen the sea from the camping area on the coast line, the smell of citrus trees in the orange grove did not make us look for anything else. 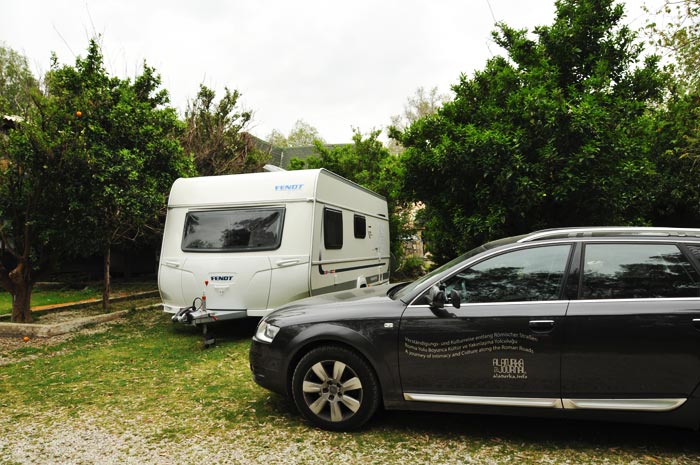 We parked our caravan to a narrow and busy main street in Göztepe, the most active part of Izmir. Finally, we caught up the 60th anniversary celebration of Goethe-Institute. 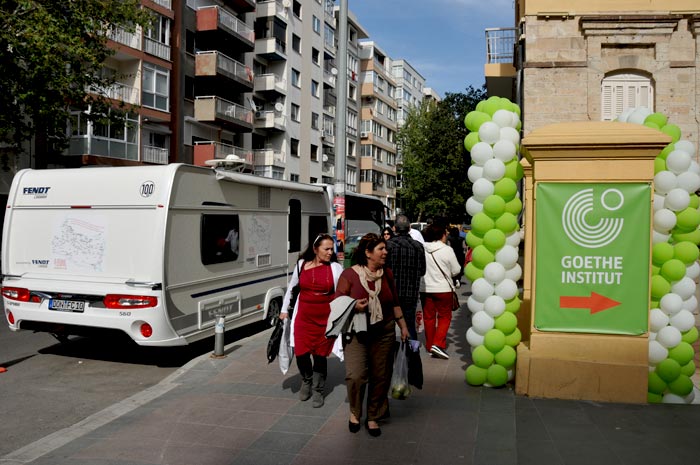 The presentation of Detlef was very efficient and it was watched with interest.  After the next presentations and speeches, German band Bavaturka performed a wonderful concert. The band who relieved our tiredness before the cocktail party, is from Germany’s Bavaria state. They brought joy to our night with Turkish and German folk music. 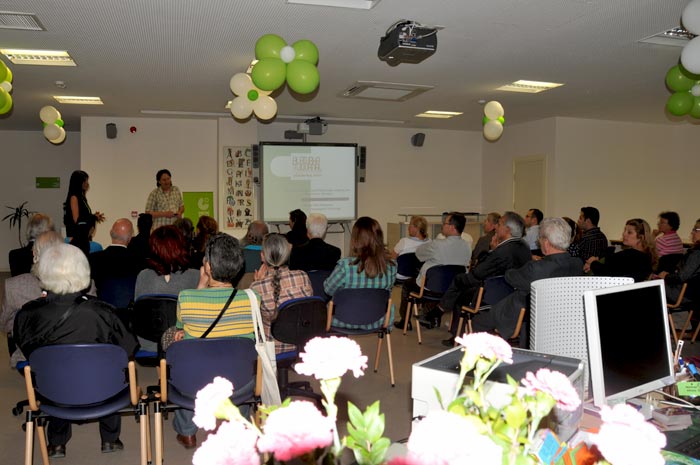