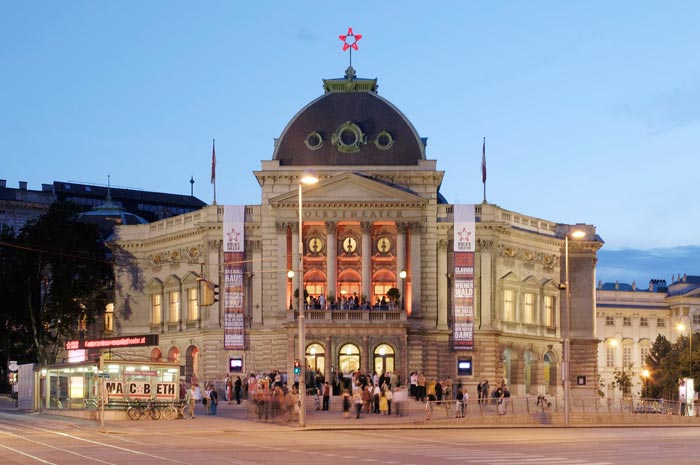 Before passing to Germany, we would like to visit Vienna because of Detlef’s communication with Susanne Baertele. Our anticipation was to participate in the panel discussion, which was going to be organized early on the Gezi Concert. The location was the famous public theater of Vienna and the performers were Fazıl Say and the piano duo Ferzan & Ferhan Önder. Susanne Baertele, who welcomed us gracefully at the theater entrance, works as the public relations and press manager at the theater. 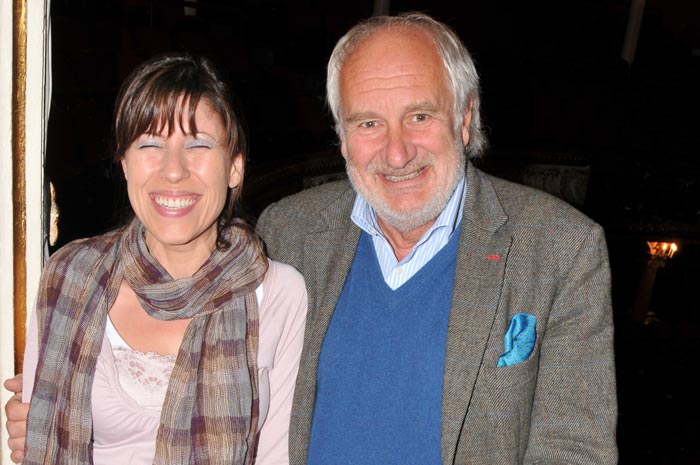 We did a short interview with the manager of the theater Michael Schottenberg, who is an Austrian actor, director and stage manager at the same time. This interview both offered an insight into Volkstheater (Public Theater) and gave new ideas on making a connection between art and the community. 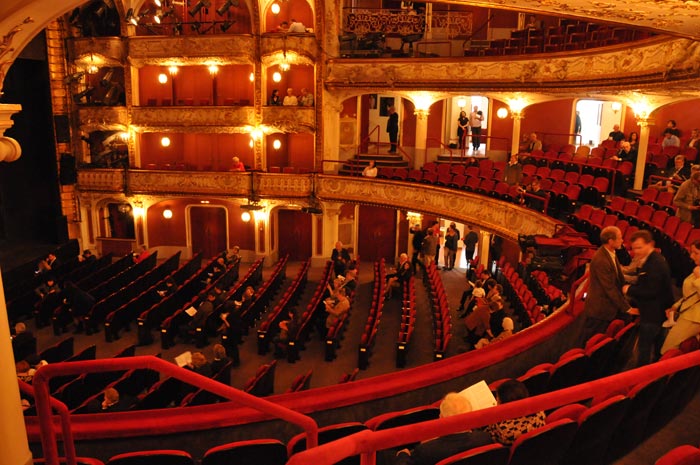 Volkstheater, which has a comfortable and quite elegant building, has been distinguished among the Vienna theaters with its interesting programs. Since it is supported by several foundations, the theater applies a subscription system with proper prices. 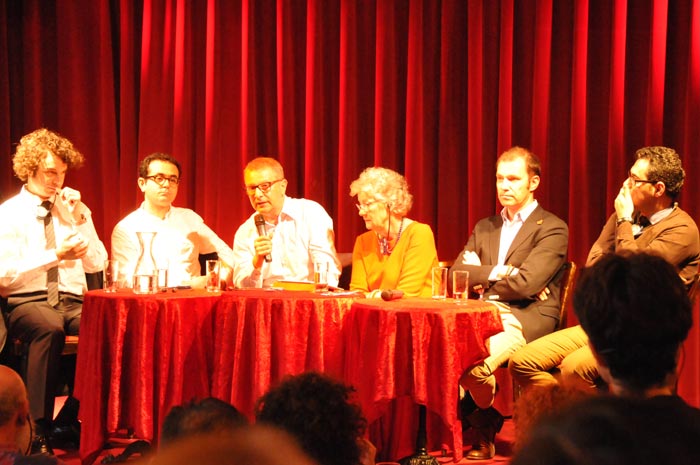 After this intimate interview with Michael Schottenberg, we participated in the panel discussion as audience. Before the Gezi Concert, the journalists and authors conveyed their opinions on the anniversary of Gezi Park resistance. The panel was under the management of Dr. Rubina Möhring, who is the president of Austria’s Reporters Without Borders. Also, journalist Yekta Kopan, columnists of Radikal Newspaper Cem Erciyes and Özgür Mumcu, CNN Turk TV Producer and journalist Enver Aysever, Cengiz Günay from the Austrian Institute for International Affairs, Köksal Baltacı from Die Presse Newspaper with the cameraman and producer of Thomson Reuters Agency Ayhan Uyanık participated in the panel. 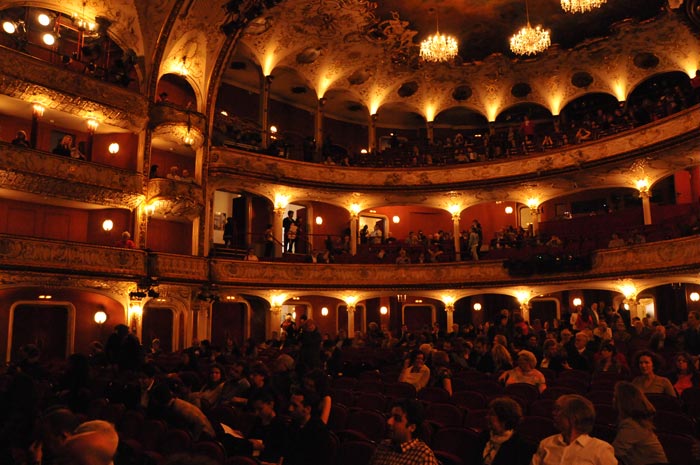 The large hall and balconies of the famous theater started to fill at 19:00 o’clock. After the panel was over, we observed the elegant decoration of the theater building just before going to the great hall. We obviously could see that participation in the concert from Vienna and its round, including Turkish ethnic groups, was high. 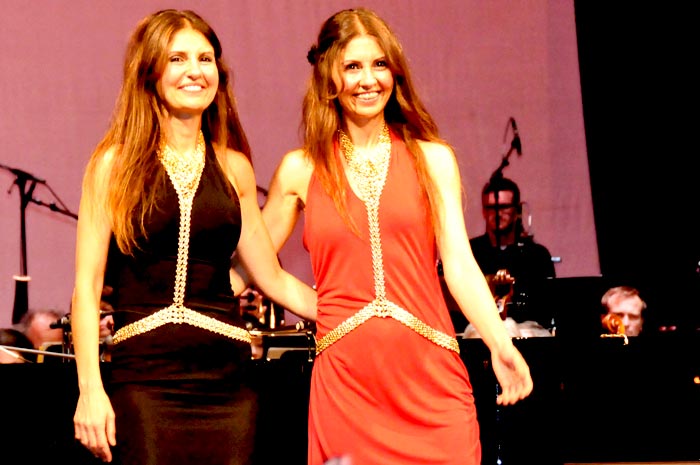 On the first part of the Gezi Concert, while worlds’s one of the most important piano duos Ferhan & Ferzan Önder was performing the sonata called Gezi Park 1, we felt the experiences throughout the Gezi resistance. 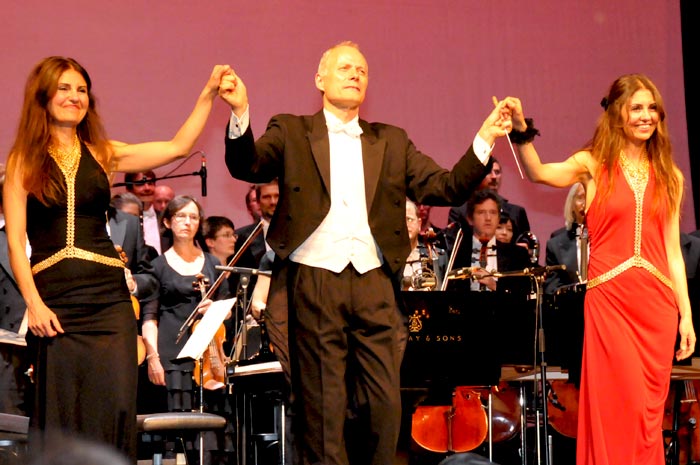 This work, which was composed by Fazıl Say, has three parts. The first part of the song consists of peaceful shows reflecting the beginning of the Gezi protestations. The second part describes the attack of the police and the third part expresses fear and hope. The duo was accompanied by the Württembergische Philharmonic Orchestra under the management of Ola Rudner. After the work titled Gezi Park 1 reminded us all these memories, I think it is not necessary to remark that we are expecting curiously and eagerly the Gezi Park 2, which was composed by Fazıl Say. 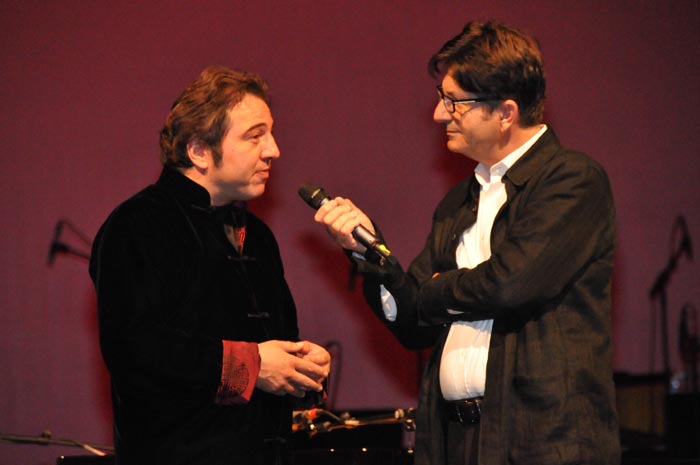 On the stage of Vienna Volkstheater, Fazıl Say replied to the questions about the Gezi Park resistance by the concert moderator. He described the resistance as a Renaissance in Turkey and as an artist, he contributed this step towards the west. He also added that the Gezi Park is freedom and a future for him. 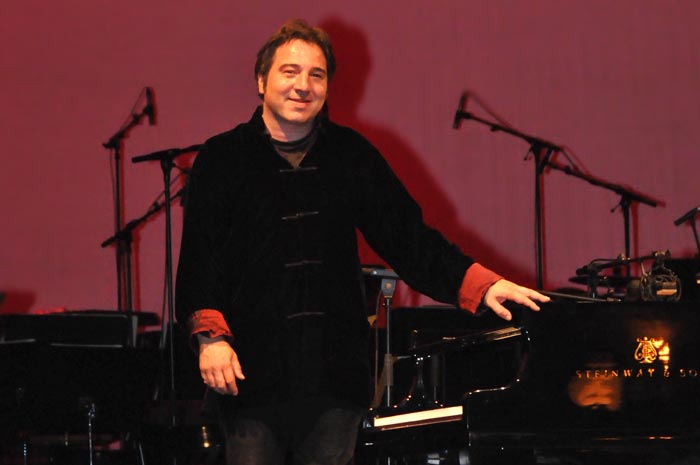 The sonata of Gezi Park 2, which we listened from Fazıl Say himself, consists of four parts: the first part “Nights of Resistance”, the second part “Silence of the Gas Cloud”, the third part that saddens all the audiences “Berkin Elvan” and the fourth part “Hope is Always in our Hearts”. The soul of the Gezi Park resistance reverberated from the piano of Fazıl Say in the whole saloon. 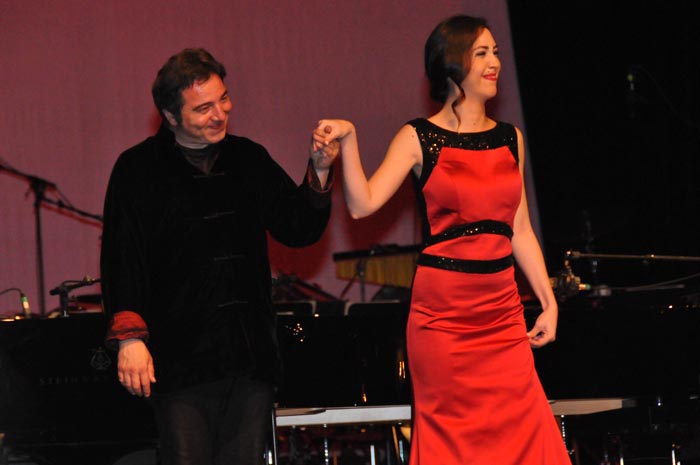 The last section of the concert consists of the compositions that Fazıl Say composed twenty years ago for the poems of famous poets. Since I was sad that I could not have listened to these poems by the voice of Serenad Bağcan, the talent of mezzo soprano Senem Demircioğlu, who took musical education in Austria, was sufficient to console me.
The five works, which were performed by Senem Demircioğlu with the notes of Say, were from the work titled “The First Songs”.
These songs were: “In this Sour World” by Metin Altıok, “I am Listening to Istanbul” by Orhan Veli, “My Country” by Nâzım Hikmet, “Requiem for Geranium” by Can Yücel and “Human Human” by Muhyiddin Abdal. 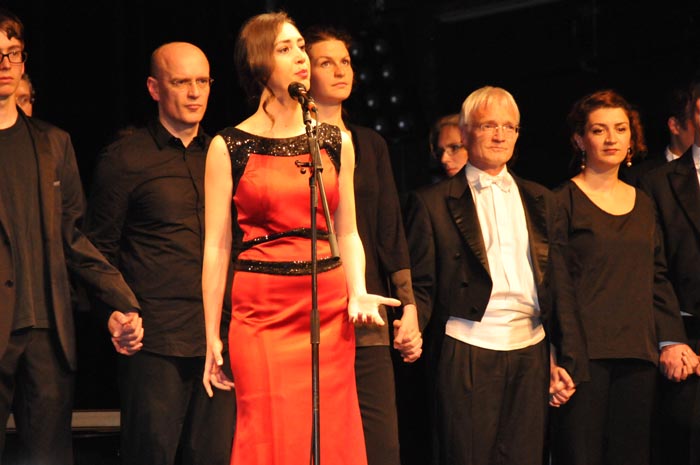 While the last song “Human Human” was being performed by Senem Demircioğlu, all the artists and orchestra staff joined hands and delivered the humane feelings beyond the visuality. At the end of the concert, people shouted the slogan of “everywhere is Taksim, everywhere is resistance” with applause in the hall.