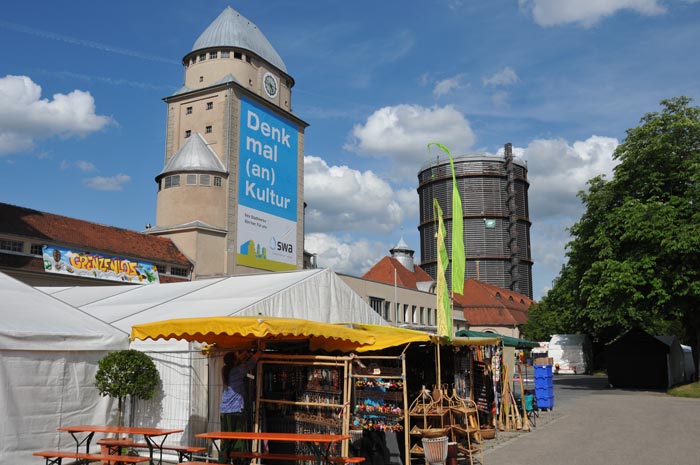 After our Vienna trip, in order to meet our caravan sponsor and make some modifications to the caravan, we passed in the town of Mertingen in Germany. In the afternoon, we arrived in the Fendt-Caravan manufacturing and servicing area and after delivering the caravan to the service, we went to lunch. When all the works had been done, our destination was Grenzenlos Festival in Augsburg. 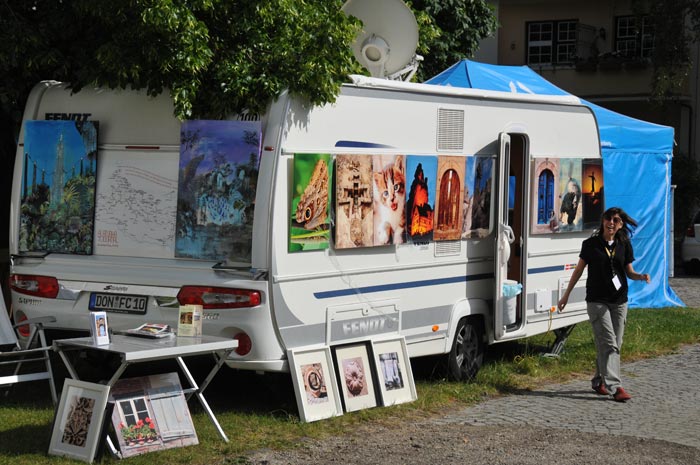 We were going to participate in the festival with our project presentation of “Culture and Intimacy Journey along the Roman Road” and the exhibition consisting the photographs taken by us during the journey. We knew that visitors were going to experience unforgettable moments throughout the ten days of the festival. Since one of the aims of our tour is to help the introduction of young talents, we display the photographs of a Pop-Art artist, who is the son of a Turkish-German family that we met in Alanya.

After a rainy inauguration day, there was a spring atmosphere in the festival area and the visitor participation was high. The Hang performance of the street musician, Andreas Koller impressed not only us, but also all the audience. The musical instrument of the Hang, which was produced in Switzerland for the first time in 2000, day by day becomes popular especially among the street musicians. 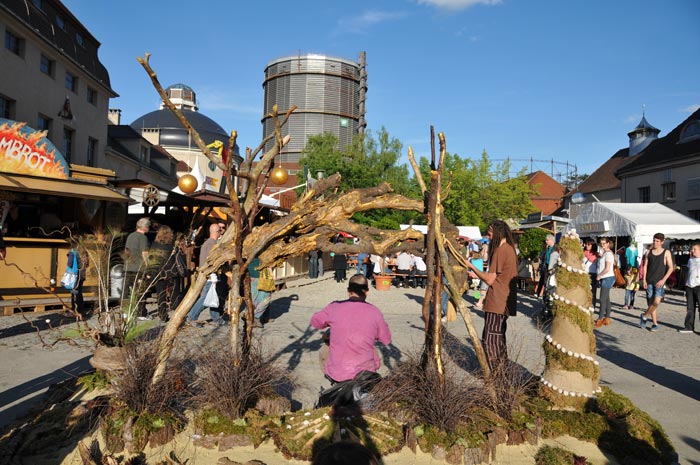 Grenzenlos (Borderless) Festival has been organized regularly every year in the city of Augsburg and obviously it has become a tradition in Germany. The festival area has four main stages and a gas tank. In regard to acoustic noise, the tank is quite convenient that witnessed interesting performances from time to time. The gas facility, which you can see in the photograph at the back, is at 84 meters high and since it was enlightened all night, it presented a splendid visual to the visitors of the festival. 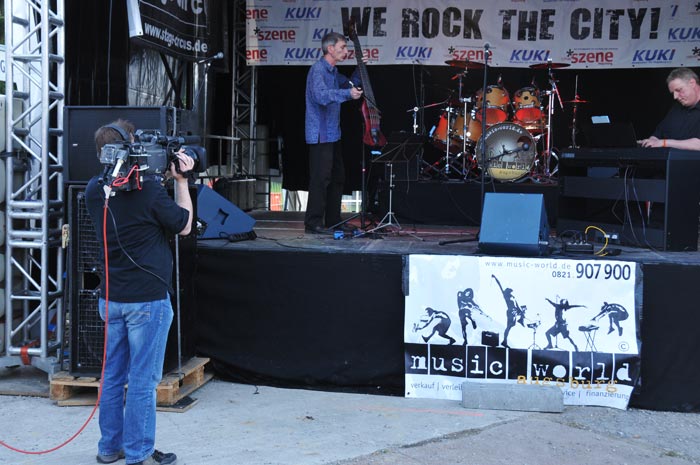 On the second day of the festival, there was the band “Charlotte fait du Jazz” on the Kuki New Stage. The two musicians, Gilles Zimmermann (viola da gamba) and Bernd Haselmann (piano) had a classical jazz repertoire and presented a feast from Chick Corea to Frank Zappa for the jazz enthusiasts. This extraordinary duo also drew the attention of the television staff, who came for filming. 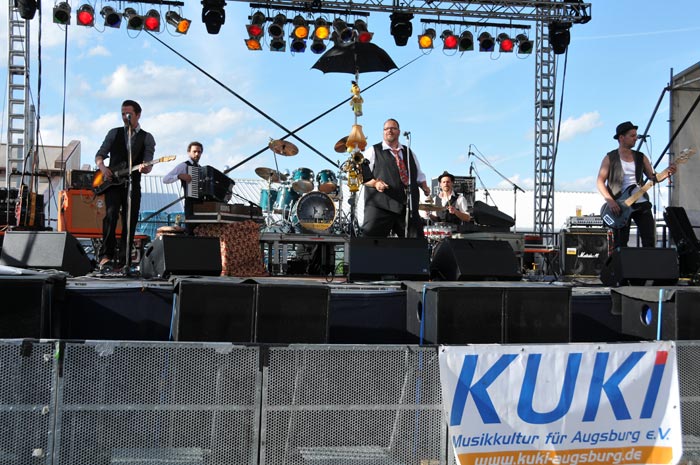 Parallel to the New Stage, the performance of the band Vladiwoodstok started at the Arena – Open Air Stage. The five musicians of the band came together in the town of Vladiwoodstok, which is quite a small place that does not even appear on the maps. They entertained audiences with the instruments of guitar, bass guitar, tuba (a brass instrument), pipe organ, accordion, drums, bass drums and a cassette player that they used throughout the performance. 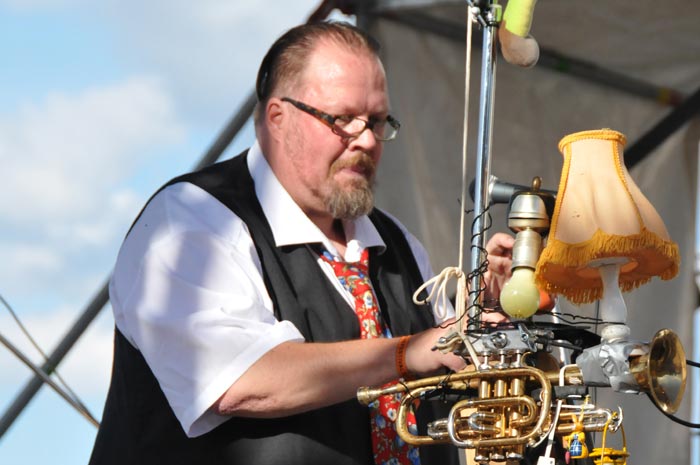 We had fun with the wonderful vocals and entertaining speeches of the vocalist Vladi Iglo Hautawekk, who has a fantastic body. 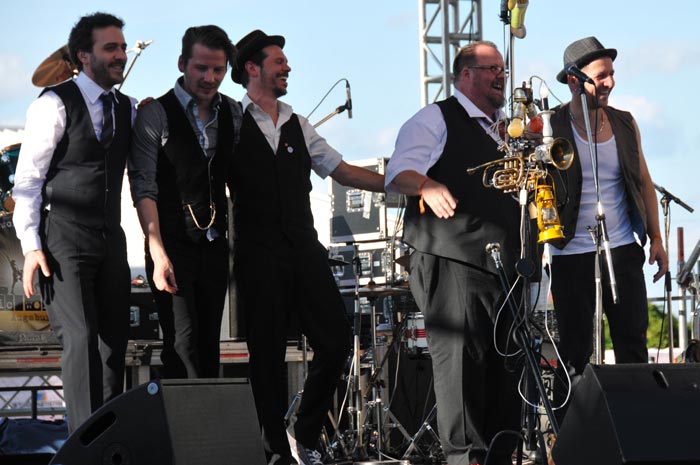 The band Vladiwoodstok, who made an amazing start to the Grenzenlos Festival in Augsburg at the Arena – Open Air Stage, could not have replied the encore of the audience for not stealing the time of the next band. 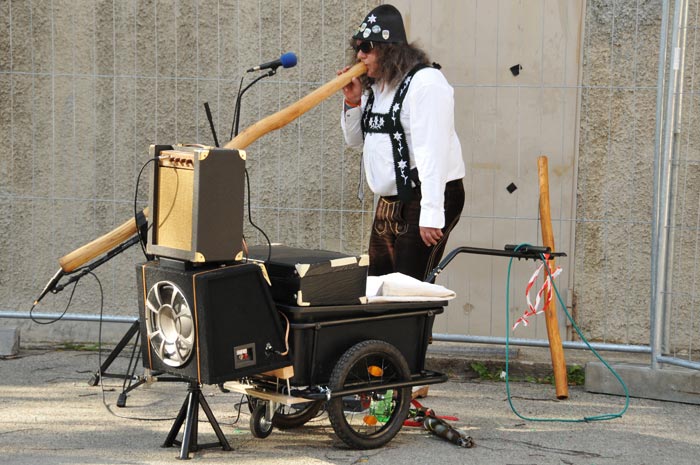 The Bavaria-dressed Uwe Didge, whom you can see in the photograph, plays Didgeridoo. It is known as one of the most primitive musical instruments and its homeland is Australia. It is also called “Didjeridu” and Uwe plays it with his specific style. He describes this style as the blend of his life and all the musical instruments that he plays. The Didgeridoo and Xaphoon that he plays, sometimes talk to each other or argue. The festival area did not solely consist of performance stages. The stands that presenting their products, food and beverage stands, the exhibition hall, museum, playgrounds and the corners that street performers changed off are the sections that came first to my mind. 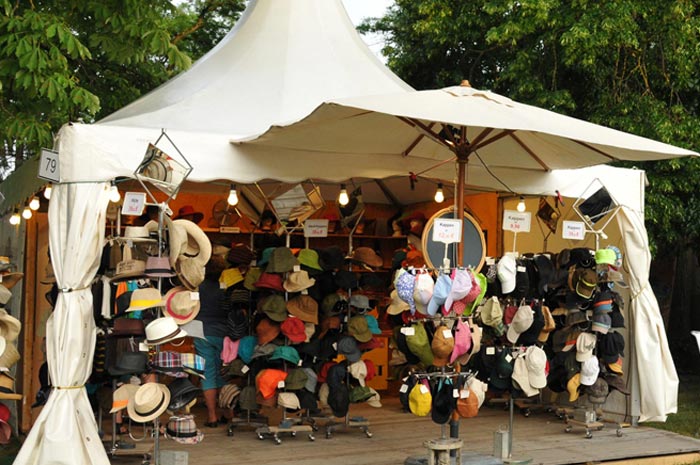 The stand of The Dramas – Hat was at the festival to present its own design and production of hats produced in Bali. They were our neighbors during the festival. Rainer M. Saal, who is a very friendly man, spent busy days because of the invasion of the stand by women. 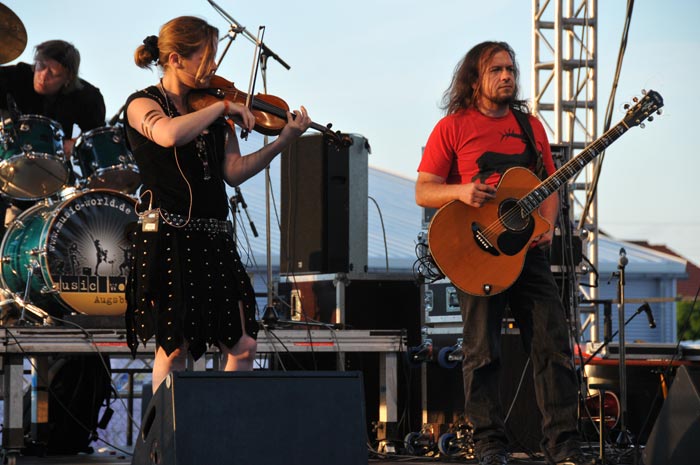 We were again at the Arena – Open Air Stage and it was almost screaming for IRXN. Their new album, which is called "EwigUns", had good reviews from the music critics. The band also won the German vinyl award. 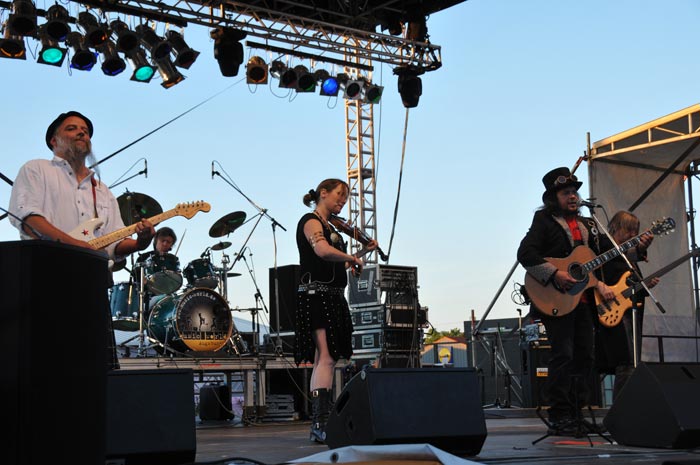 In 2006, IRXN was formed with an old Bavarian name that stands for power and energy. The genre of the band is “folk rock”, which is the mixture of folk music and rock music. The band members were in a wonderful synchronization that they reflected the name of the band on the stage. 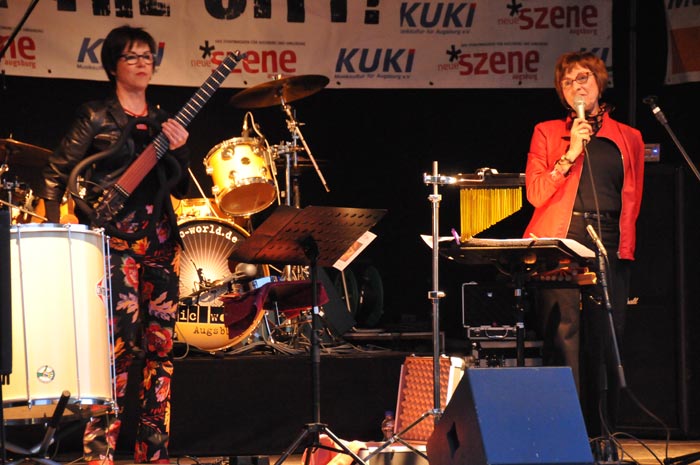 We were on the Kuki New Stage and with their Brazilian air, the duo of “The Glasses” were preparing the night to a calming end.