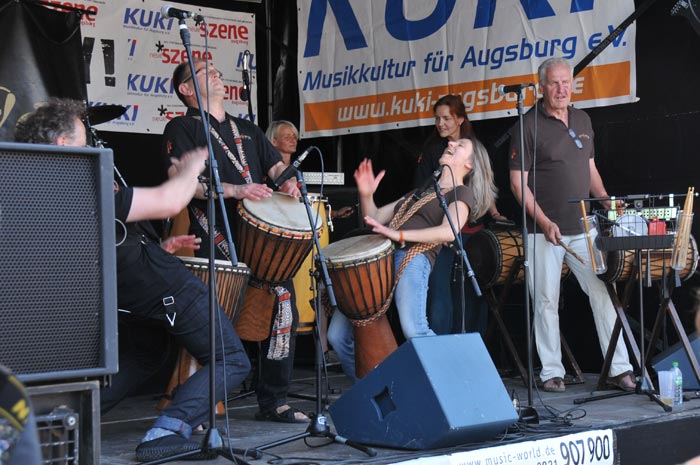 Grenzenlos Festival keeps on at full steam in Germany’s city of Ausburg. We were together with a band that formed by the combination of two terms. The mask dance, which is performed for solving crisis, is called Kinyago in Africa. The double bell, which is used in South African music, is called Agogo. The band Kinyagogô brings different side-drum movements together with us. 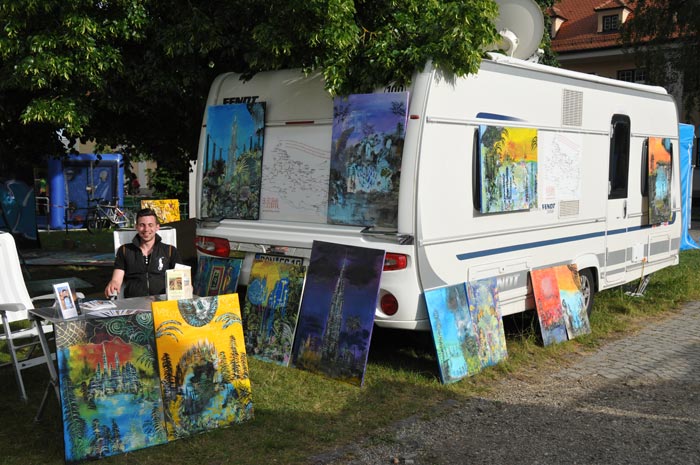 In the context of supporting young talents to present their artistic production, the vehicle of “Culture and Intimacy Journey along the Roman Road” was used as an exhibition area. Musti Mayer / El Sebastiano, who exhibited photographs after the interview, shared information about his art. 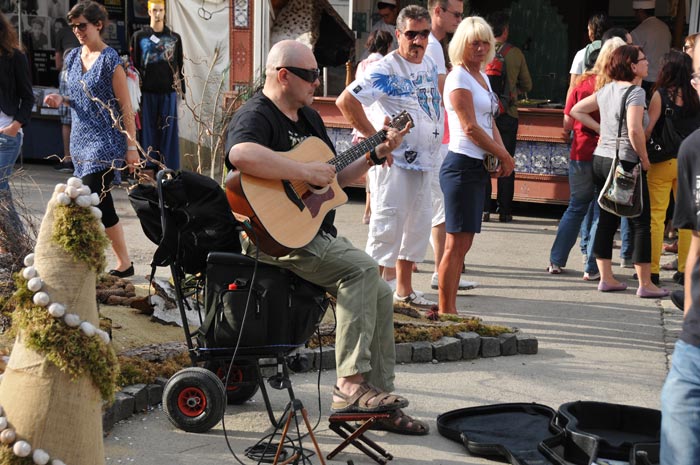 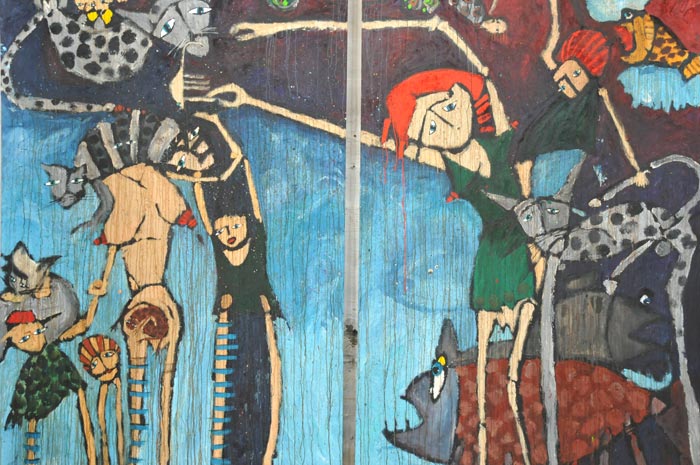 We mentioned that there were exhibits in the festival. Here is the painting exhibition of Siegfried and Werner Hoyer that located in the little gas tank. The artistic creativity of Siegfried Stiller is based on human, human feelings and experiences. Passion and love also find their way into the paintings with large formats. Coffee, red wine and blood unify the artist and canvas physically. In other words, Siegfried Stiller uses his own blood often in his colors. As for the paintings of Werner Hoyer, depict his own words. 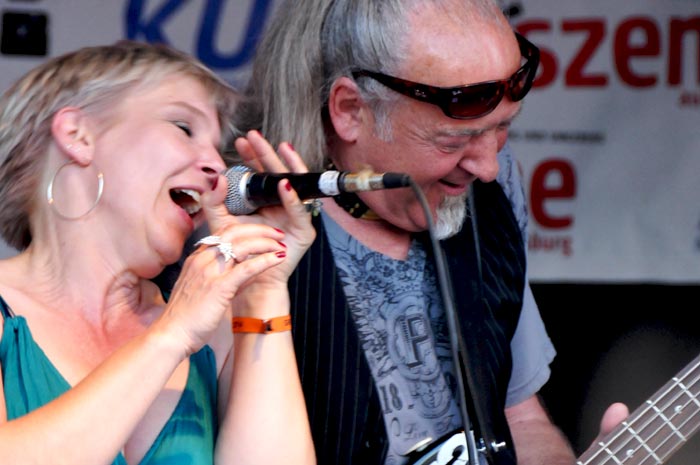 What are the common grounds of the rock music legends Music Circus, Confusion Band, Hank Davison Band and Wxx Live Wire? Nowadays, the members of these known bands make rock music under the name of Basanostra. The band, which consists of three internationally popular vocalists with brothers Rainer and Hart Basan, presents the hits of rock, pop and soul from 70s until today successfully in accordance with the voice and attitude of the vocalist. 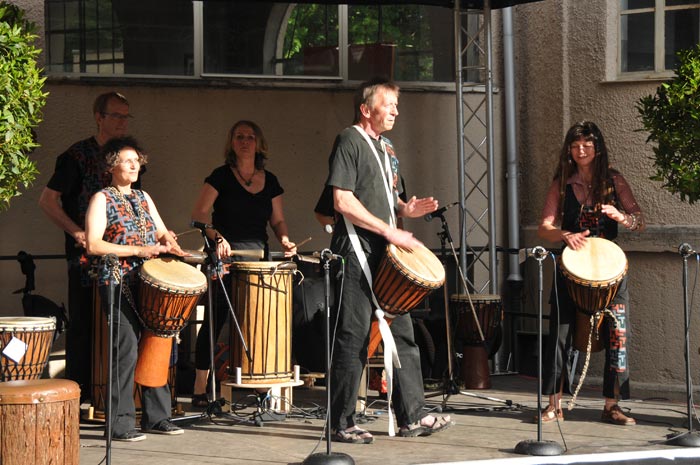 The band Tiriba, which was formed by the eight intimate friends from Augsburg, carried the spirit of traditional percussion and side-drum tunes to the festival area. 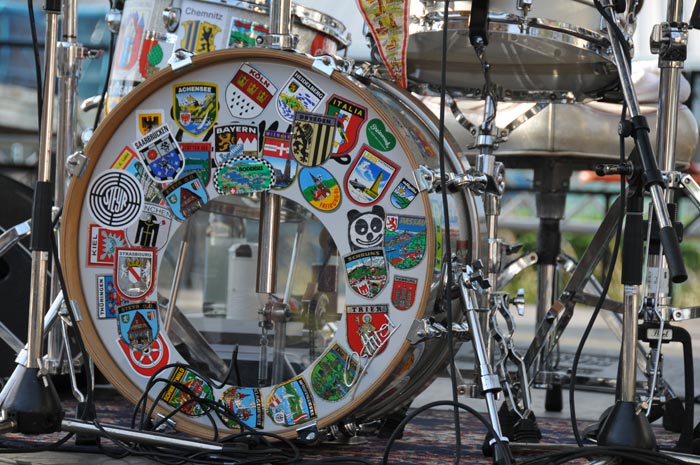 Tonight, we are going to listen to Hans Sölner and the band Bayaman'Sissdem. For now, his drums are on the stage alone... 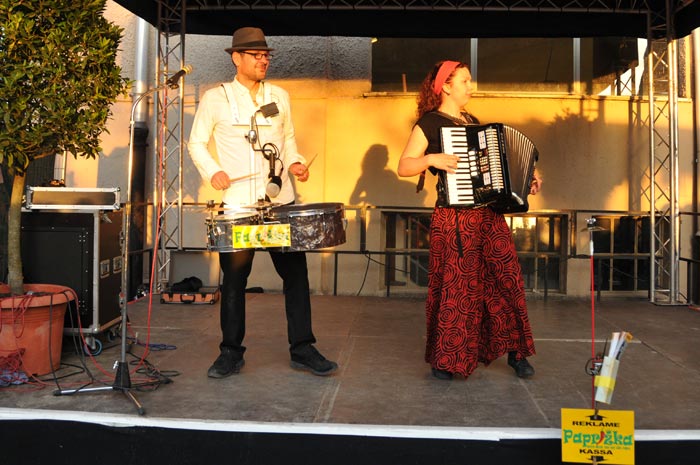 While there was still time for the big concert, we wanted to take a look at the other stages and came across the duo of Paprizka, who performed on the Acoustic Stage. Polka is a popular dance type and genre of dance music. Maybe, it is performed all over the world, but for the duo of Paprizka it means good music and feeling of living falls to the legs. 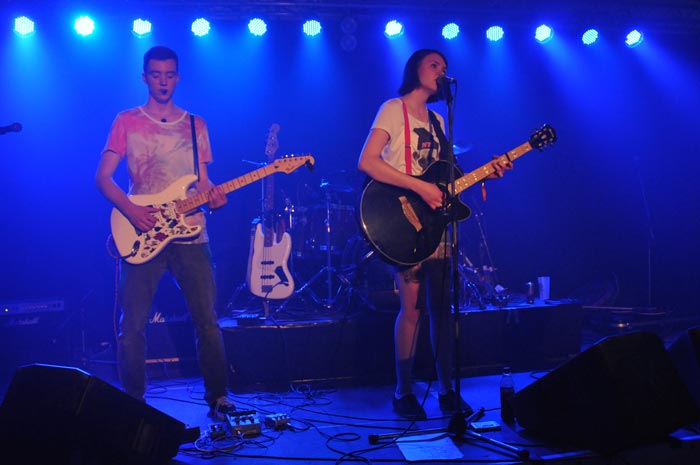 We continued to tour around the festival area and encountered with the band We Guess, who was performing on the Werstatt stage.  Formed as a cover band in 2011 by the young talents, they started to produce their own songs and after the debut album experience, they were in front of us at the Grenzenlos Festival. 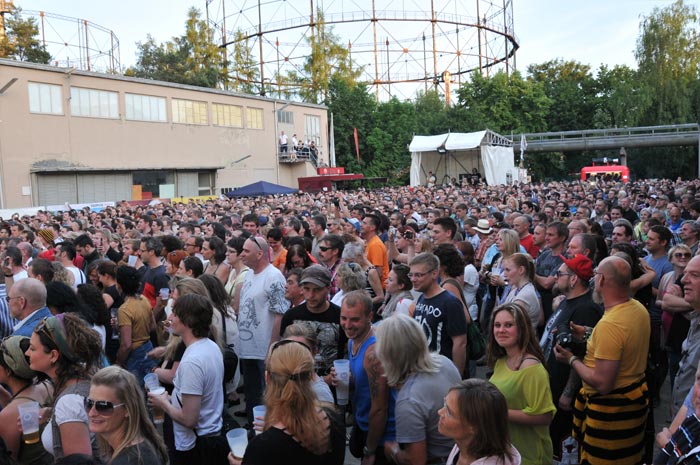 Once again we were at the Arena – Open Air Stage and excited audiences were waiting for the performances of Hans Söllner and Austrian reggae band Bayaman'Sissdem. 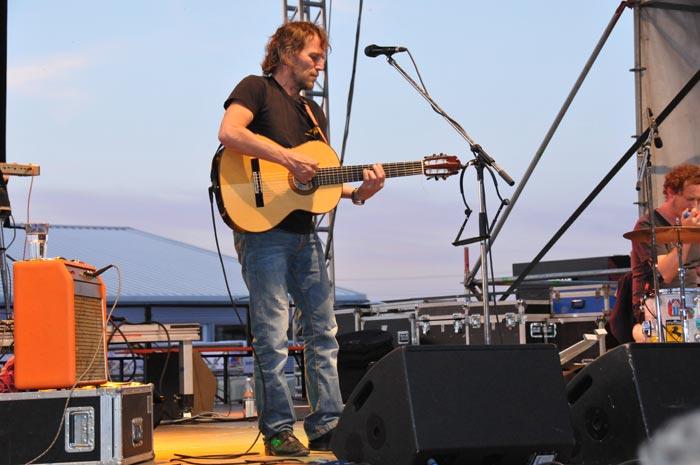 The German singer and songwriter Hans Söllner, who sings in the Bavarian dialect, is quite well-known artist in Austria and German-speaking countries especially in Germany’s town of Bavaria. His popularity does not only come from publicly criticizing the German government and political system in his lyrics, but also converting the problems of daily life to the stories in his songs. 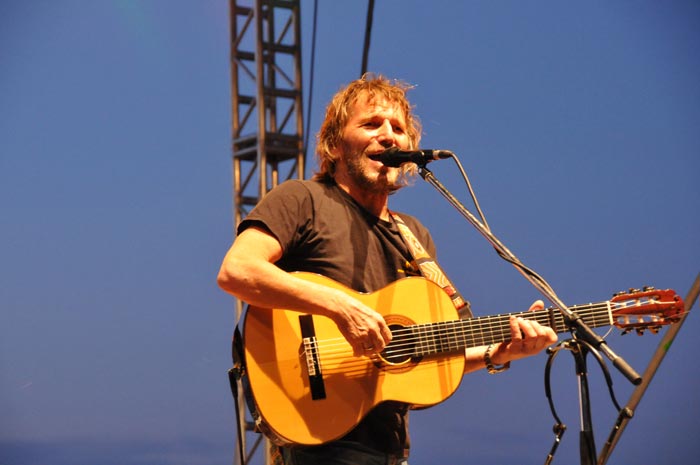 On his web page, Hans Söllner says that “I love this country and my homeland, I love this world and all the people, all the living beings with all the colors, languages and scents”. 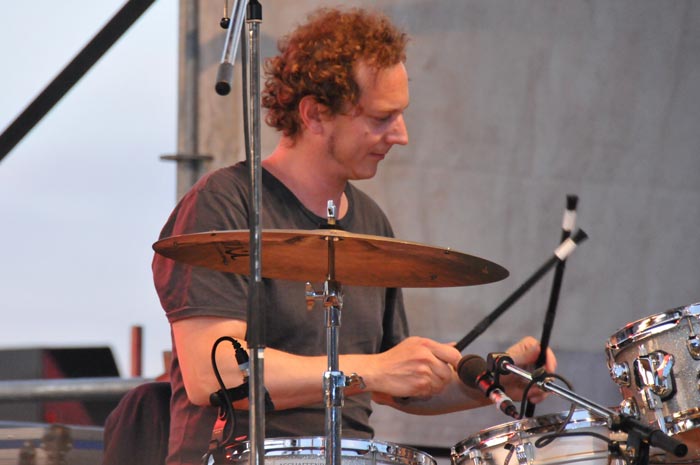 The drum and percussion performance of Stefan Hofer from the band Bayaman'Sissdem was wonderful. 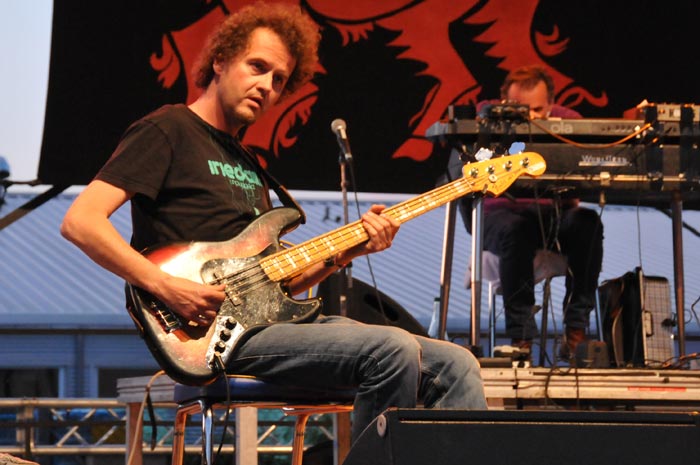 The bassist Manfred Puchner presented a marvelous performance throughout the night. 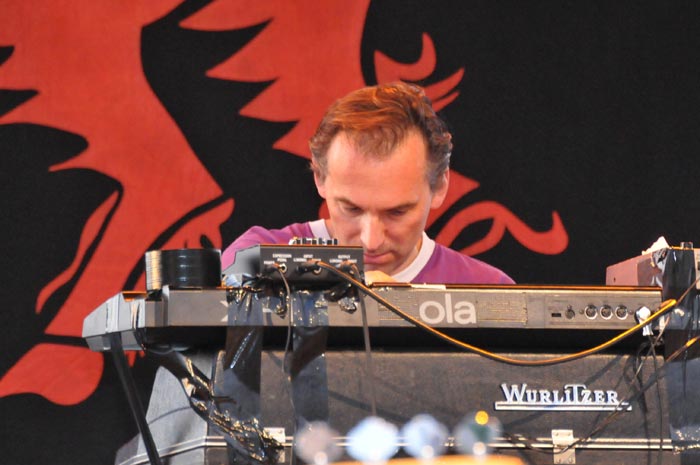 Peter Pichler received applause with guitar and accordion performances from the audience. There is no need to mention Hans Söllner, he created awareness in the community once again with his lyrics that everybody accompanied.