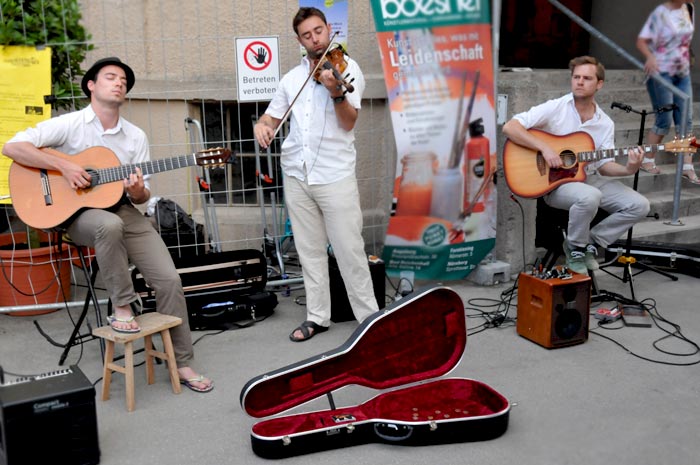 The trio of Cobario participated in the festival from Vienna. The band attained the honor of carrying the title “Kings of Street Music” after winning the first prize of a festival competition in the city of Salzgitter, which is located in Germany’s province of Lower Saxony. “Gypsy Classic”  is the best description of the band’s passionate and deliberate music. 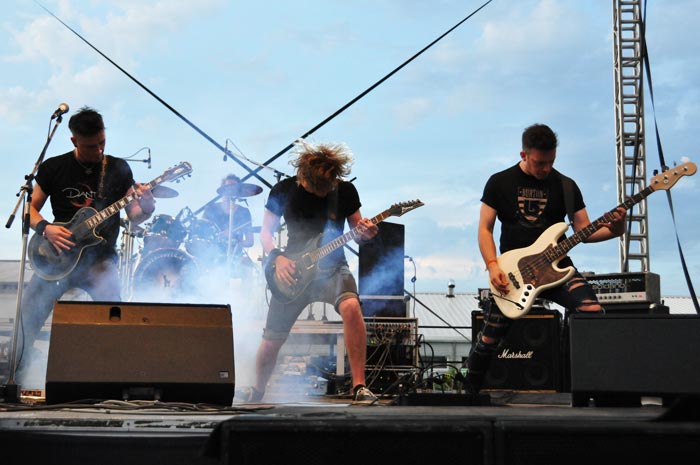 On the Arena stage, the last performer was the band of “Arising Fear”. Formed in 2008, in the city of Augsburg, Arising Fear impressed the audiences with complex melodies by using the elements of Heavy Metal, Thrash Metal and Metalcore genre. We were lucky that we had the opportunity of observing this impact until the end of the concert.
The band members Alex Raugh (vocals/guitar), Kevin Pöllmann (guitar/vocals), Tobi Möhring (drums) and Tom Franz (bass guitar) performed with passion to create their own music. 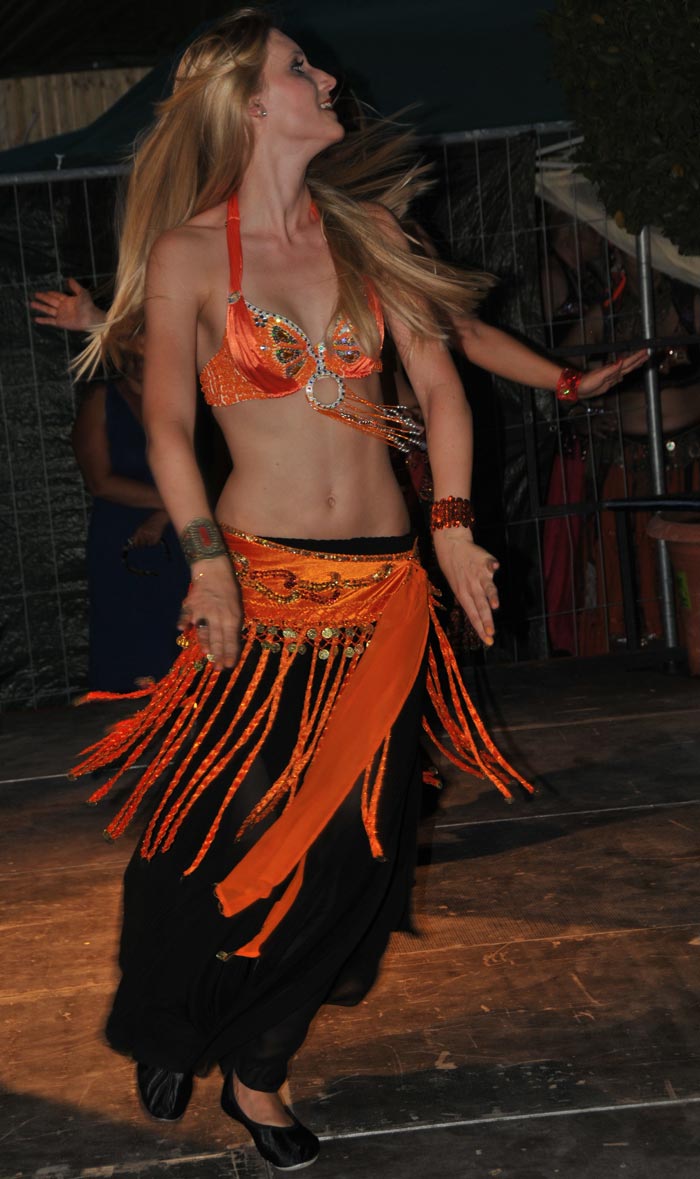 On the Acoustic Stage, Sikudhani dance band was presenting an impressive and exciting performance. The band consists of professional dancers and performs in the styles of Tribal, Oriental and Latin fusion with colorful custome combinations. The band that formed by Claudia, has experienced dancers with oriental dance education in long years. Sikudhani dance band accomplished to draw attention of the audiences with the performances, whether about Middle Age or the city festival. 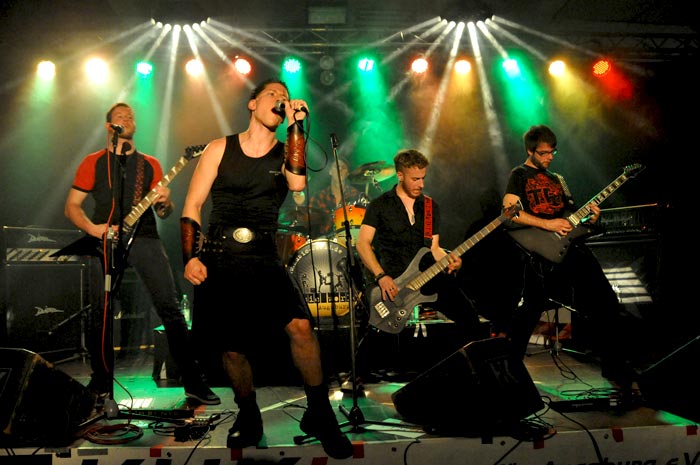 The band “Unclouded Perception”, who has a specific style, apart from traditionalism and mainstream, was playing on the Music Workshop stage. The band makes modern heavy metal that is exposed to the various sub-elements of metal music. They succeed in expressing their feelings with rhymed lyrics and the vocal style of singer. 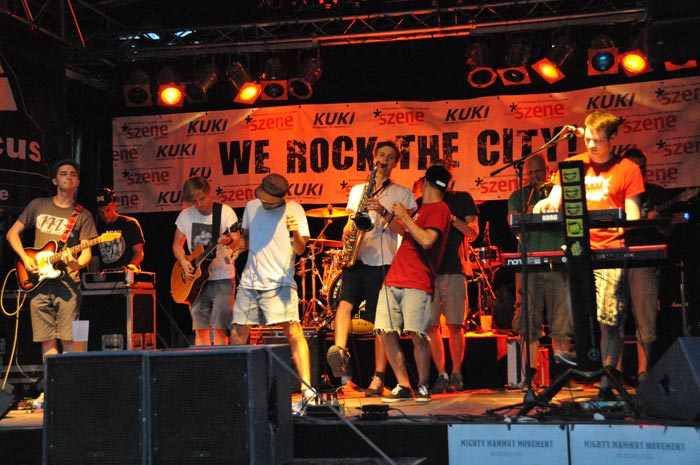 We were waiting for the Rap-Reggae-Ska band “Mightly Mammut Movement”, who already started to perform on the Kuki New-Stage. 11 young musicians of the band presented quite an energetic show with messages. Not only us, but also the crowd that gathered around found it worth to listen and nobody left the downstage. Accompanied by various instruments, Mightly Mammut Movement presented an effusive concert. We think that they set a good example to the Rap and Hip-Hop stream in Turkey. 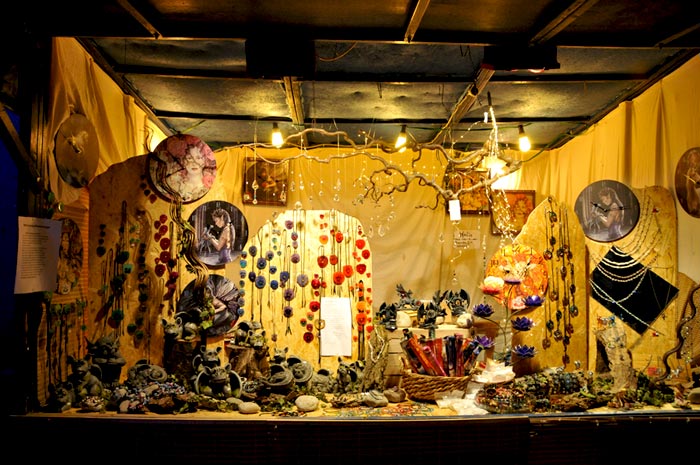 After the last guests of the stages mingled with the crowd, we strolled around the booths that sparkle in the dark. With the gleam of the night, the booths had a charming appearance and they were visited frequently by the festival visitors. 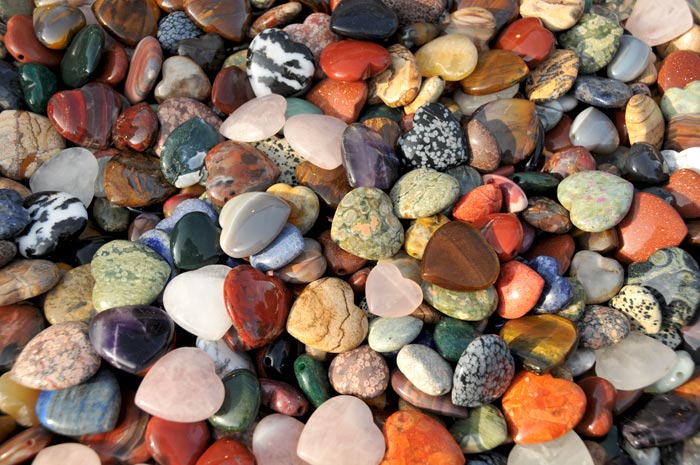 We woke up to a silent festival day again, but we knew that this silence would not take long. In the afternoon, either sales or food and beverage booths were going to colorize the festival area. However, visitors, who came before the booths were opened, had to wait a while. 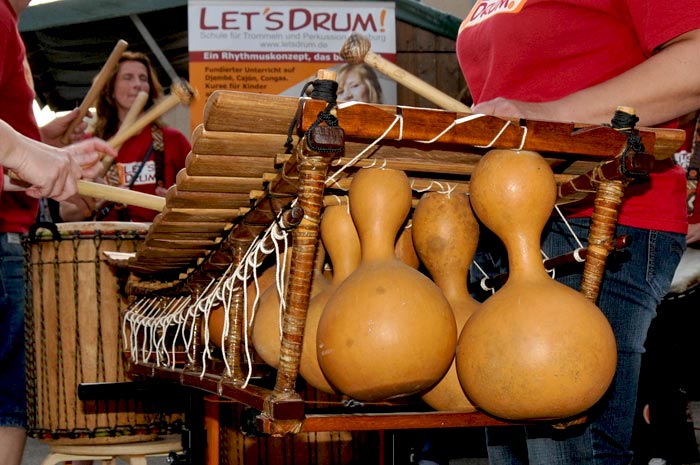 Today, the band “Let’s Drum” opened the musical part of the festival. In the city of Augsburg, the band gives lessons to individuals and groups in a drums and percussion instruments school. Throughout the festival, we had a chance to watch the performances of Djembe (skin-covered goblet drum played with bare hands in West Africa), various styles of Cajon (Peru’s box-shaped percussion instrument with six sides) and Congas (tall and narrow, single-headed African drum). 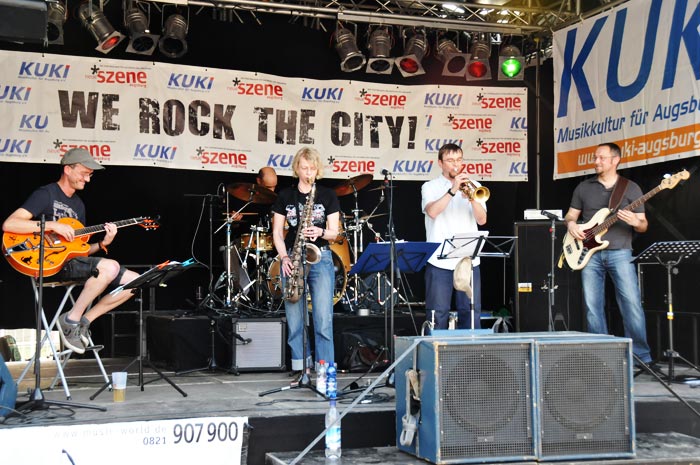 Kuki New-Stage started the day with jazz music that made the listeners feel good. With quite various repertoire and plain style, the band “Quintessence” has the ability to impress the audiences who are not even familiar with jazz music. 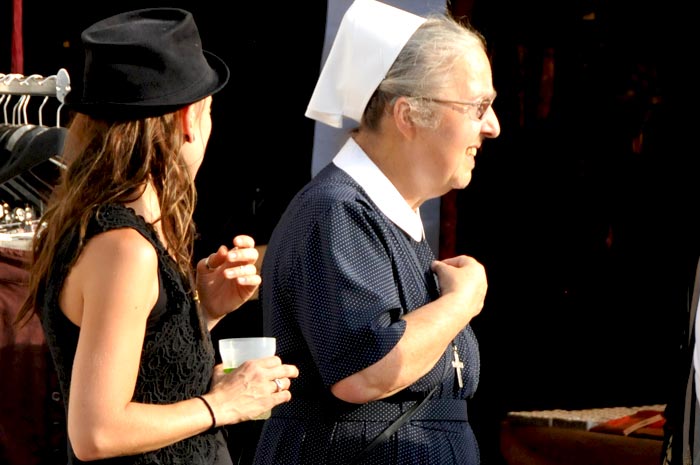 The main idea of the festival is about tolerating the differences and this frame, which reflects the main idea, reminds us again that tolerance is the resource of richness. 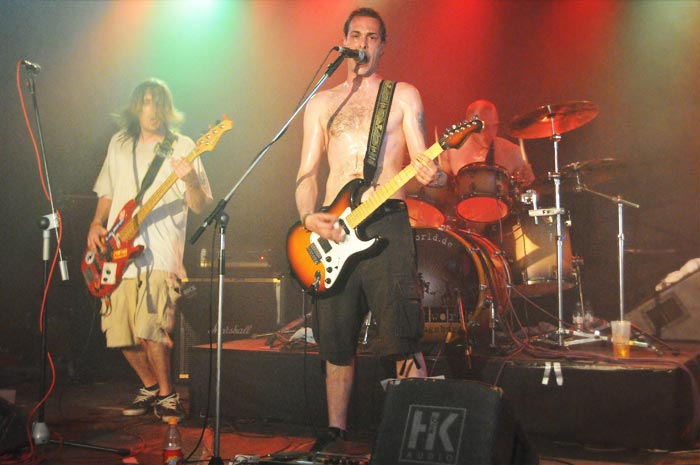 It seems like the Music Workshop stage already started the day with metal music. Even though heavy metal bands have been criticized harshly from time to time since the improvement years, they can reach the large masses. This high volumed music genre, which has fan base in worldwide, has also sub-cultures. 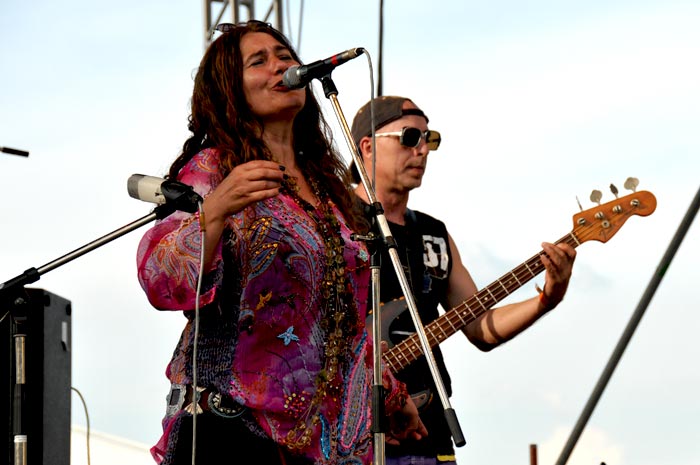 “Fun Can Do”, who presents a mixture of the most brilliant songs of the last 40 years that belong to musicians like Bill Withers, Johnny G. Watson, Stevie Wonder, Herbie Hancock, Frank Zappa and Prince, was performing on the Arena stage. The band also has the funk style that performed successfully. 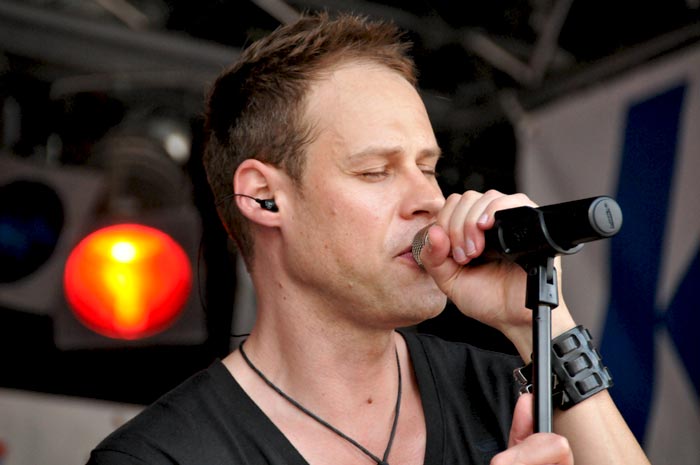 The duo of Löwenhertz were the guests of the Kuki New-Stage. Despite the connotation of middle age form in the band’s name, Alex and Andreas succeeded in winning the hearts of the audiences with their electronic pop music. 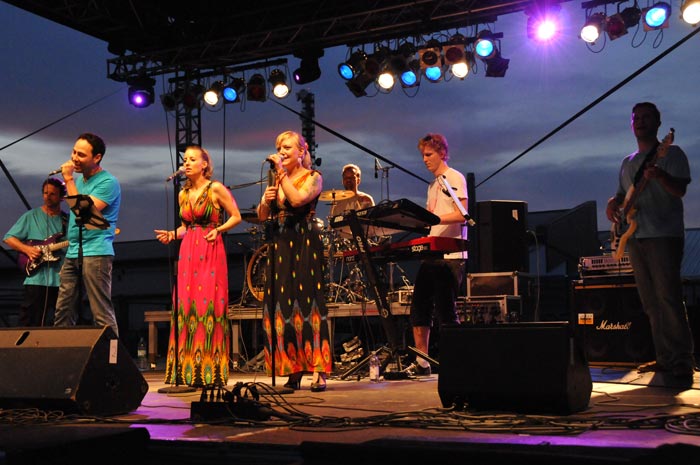 The second and last guest of the Arena Open-Air stage was Funkronized, who is a Funk & Soul cover band from the city of Munich. The repertoire of the band consists the new arrangements of songs that soul music classics of 60s until R&B music. Their endless energy and passion that they reflected to the audiences surprised us.
The name of the band, which has eight successful musicians, means energy, enthusiasm and passion. 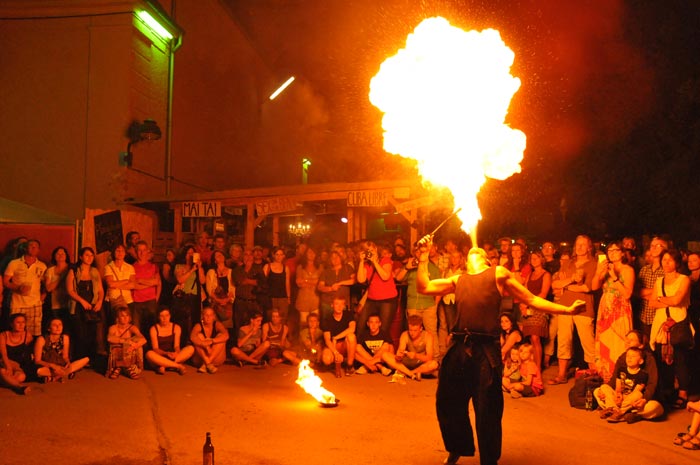 When the time was 22:00, the Acoustic Stage hosted to quite a burning performance. Fabio Esposito, whom we later learnt that he is a man of many talents, was in front of us with an acrobatics performance called “Fire Show”. 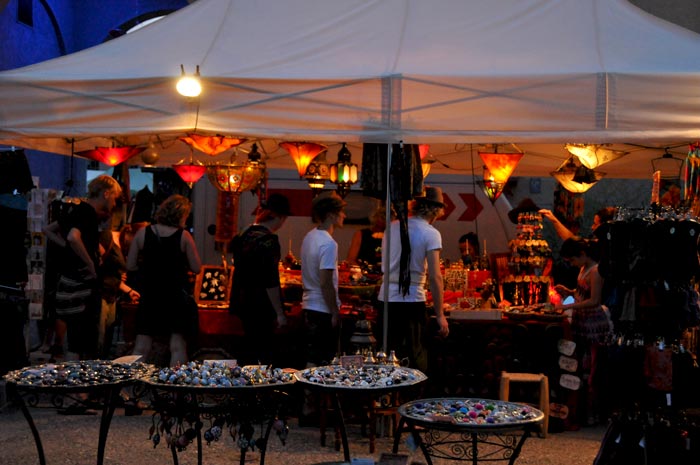 When all the shows ended, again the photographs of the sparkling booths were enough to keep us busy.