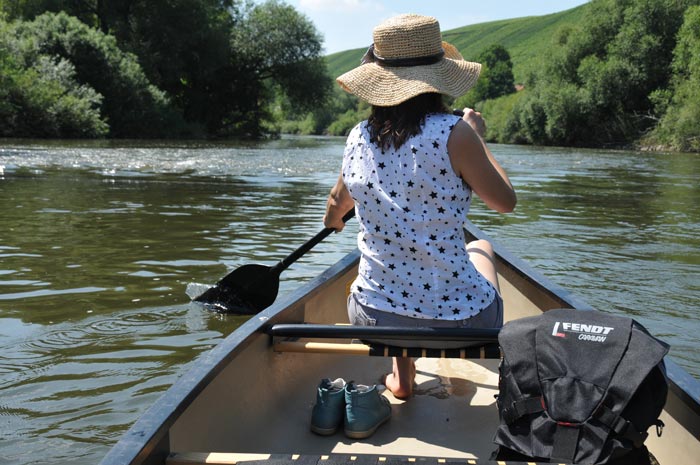 After leaving behind a rainy weekend, the sun comes to the River Main and invites us for a canoe trip. Today is a summer day with the blue sky and cumulus clouds in Germany’s region of Franconia. 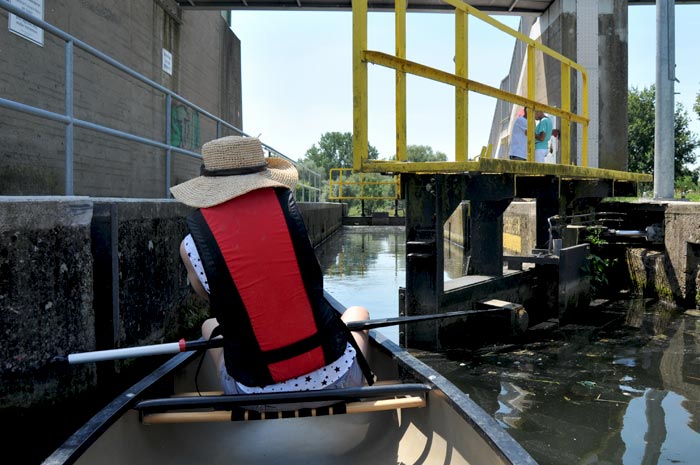 Before our previous trip, Wilmer, who is the owner of Kanuta company and the sponsor of our canoe trip, told us about standing in the balance, paddling, braking and turning techniques. Due to the techniques that easy to learn on the first attempt, even inexperienced ones are capable of swaying on the waters of River Main by themselves. Canoes do not sink as long as they are not broken and since they have the occasional danger of turning upside down, it is necessary to wear a life jacket. First of all, in order to slope down to the level of the old River Main, we entered into the boat lift or the lift lock of the ship lift. After a short time, we were approximately at the 4 m lower level, at the old River Main. 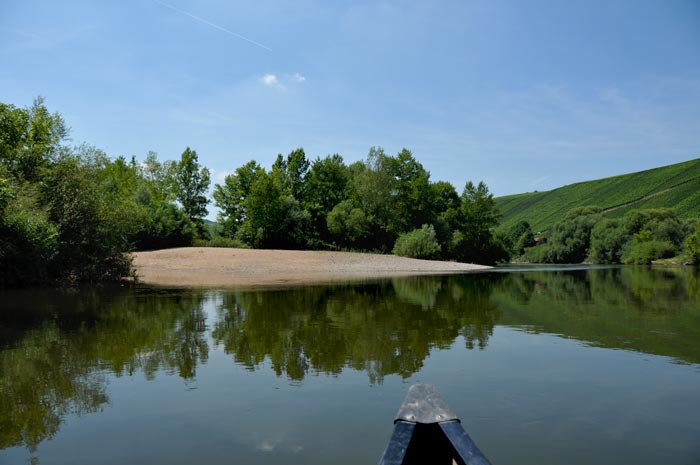 The route of our canoe trip started at the old River Main’s level. Splendid beauty of nature that welcomed us, was presenting one of its shallow beaches to our service. In the background, we saw the famous hanging gardens of the Franconia region on the slopes. 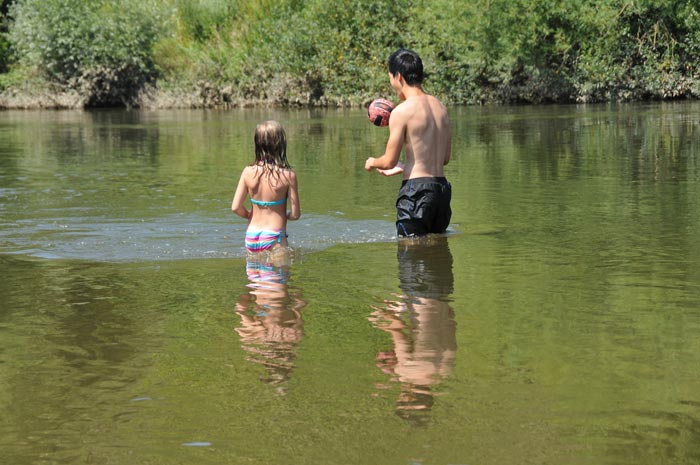 While moving forward calmly on the cool waters of River Main, we listened to the sounds of nature and enjoyed the tranquillity. This race course, which is a natural wonder, enabled us to discover places that impossible to reach by road. We came to the next shallow beach and took a break to swim in the cool waters, but it was more exciting to watch the fish that almost standing hanged in the flow of the river. 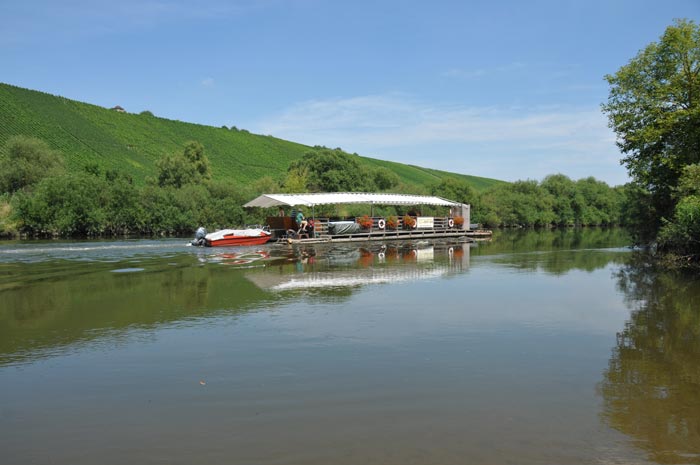 Swimming restaurant of River Main was approaching to the pier to pick up the passengers. In such a nice weather, I am sure that having lunch on a swimming wooden raft besides of the white Franconia wine, will be an unforgettable experience.

After finishing our appetizers and beverages that we brought with us, we continued to paddle on the River Main. As you see, we paddle while we do not take photographs. 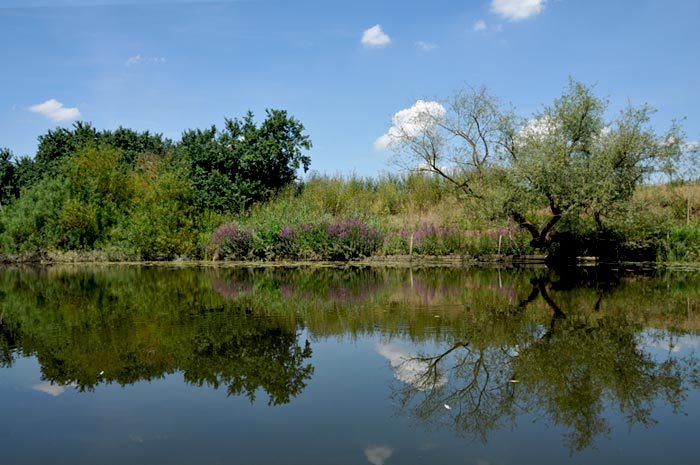 Along the river, there are small and large lakes on the left and right sides. We reached one of these lakes by following a pale colored gray heron that we saw. The lake was almost like a mirror that reflecting the whole beauty of nature with various colors to us. When this pale colored gray heron flew among the branches, we stopped to follow it and enjoyed the lake. 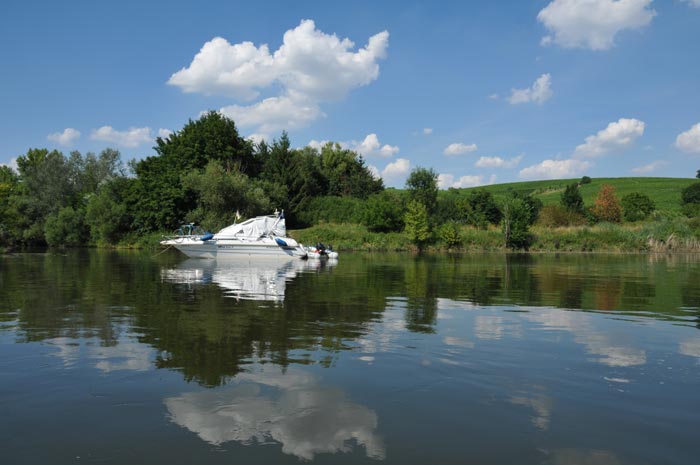 The canoe travelers are not the only ones that enjoy the river! On the weekends with nice weather, the boat owners also go on a trip on the river. Some of them have conversations at the boats that side to side, some of them peacefully read a book in a calm corner and some of them prefer to sunbathe. In Germany, almost every city has a river or a canal that passes in the middle because of this reason, the boat trip has become a routine tradition in the summer months. 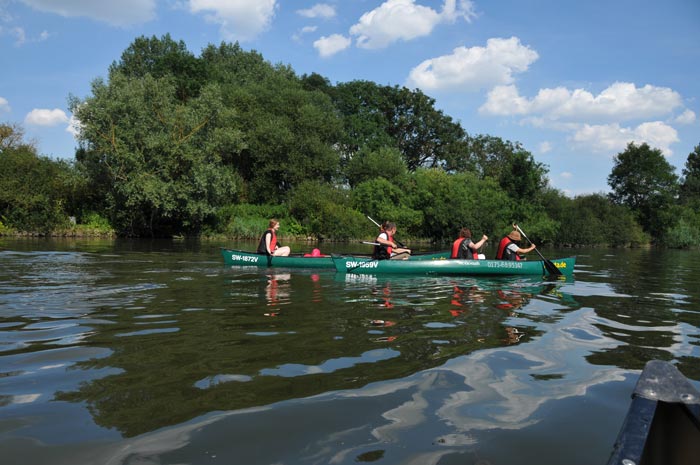 It was a wonderful day for a canoe trip that after paddling in the river for hours we rested. I would be lying if I said we were surprised by the teams, who entered into the race course after hours, caught up us. 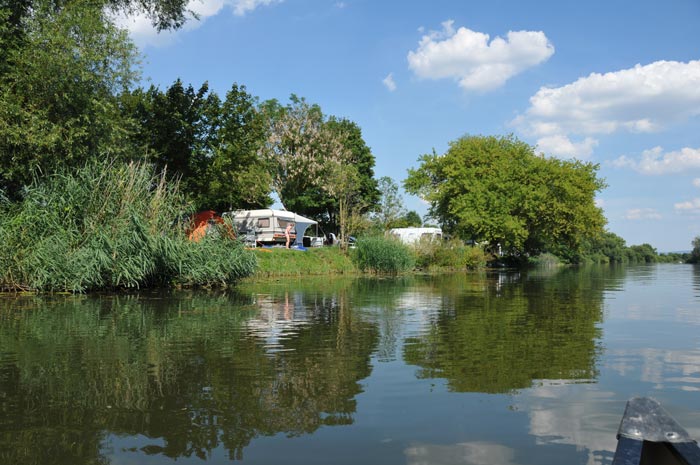 There are various camping sites along the River Main. In summer months, these camping sites at the lake, river or seasides becomes the preference of the people that take a vacation with caravan or motocaravan in Germany. 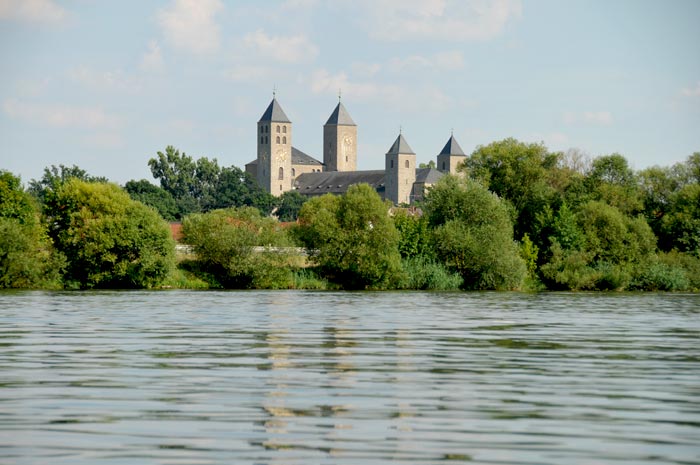 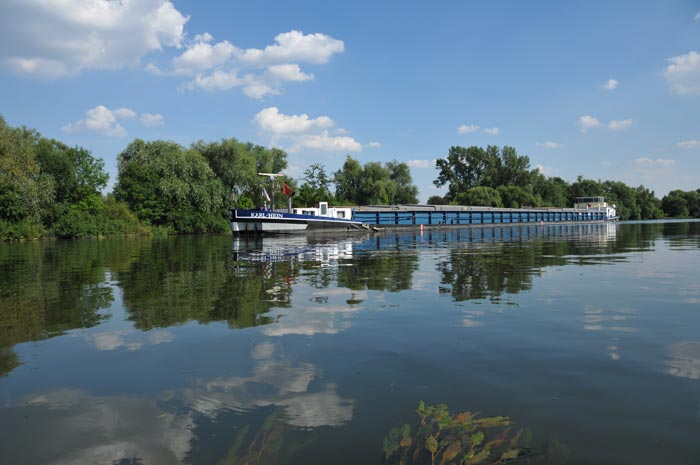 The Main – Danube Canal that connects the River Main and Danube, is Europe’s one of the merchant river ways. This waterway begins from the city of Bamberg in Bavaria region, passes over the Nuremberg and joins to the Danube in the city of Kelheim. In order to enter this canal, which is often used by cargoes, the merchant ships pass from the River Main Canal. Since we left behind our old Main route, we shared the river with merchant ships at this point. 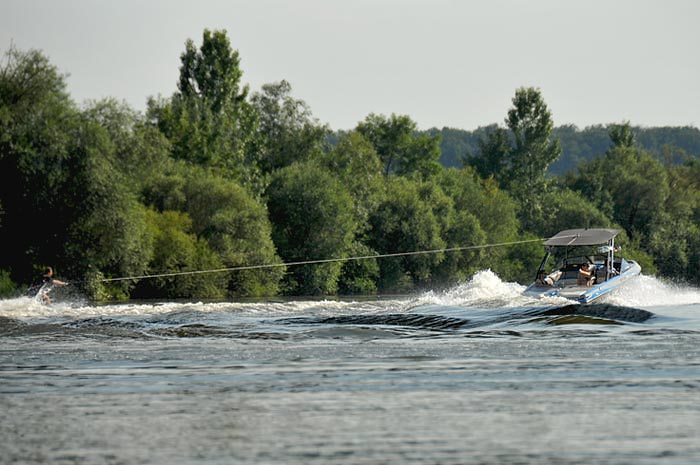 In summer months, the River Main is a focus of interest not only for a canoe or a boat trip, but also for the water sports enthusiasts. This water skiing friend drew my attention at the last moment, so, I could not capture a good image quality. 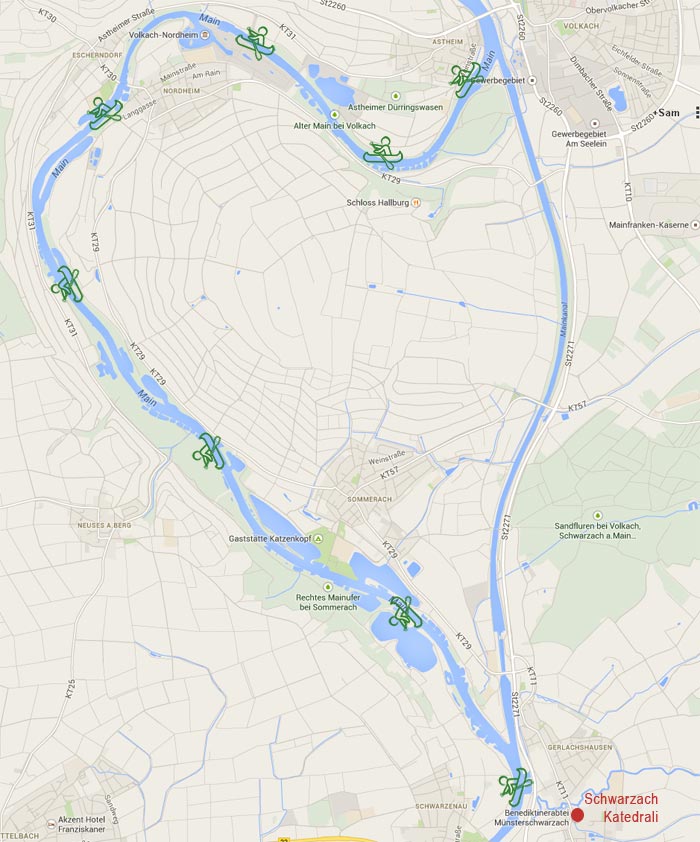