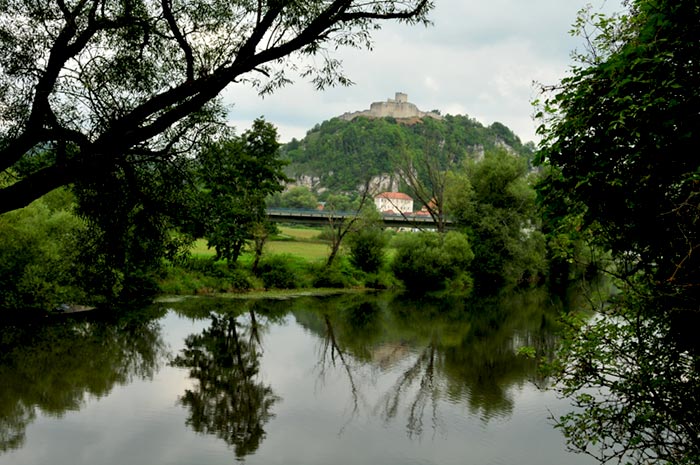 The town of Kallmünz, which is our target destination of bicycle tour along the Naab Valley, is located at the 25 km north of Regensburg city. Situated on a hill, the Kallmünz Castle easily can be seen from a certain distance. This castle on the rocky hill and the old stone bridge are the main attraction centers of the town. Located between the Naab and Vils Rivers, Kallmünz is called as the pearl of the Naab Valley. 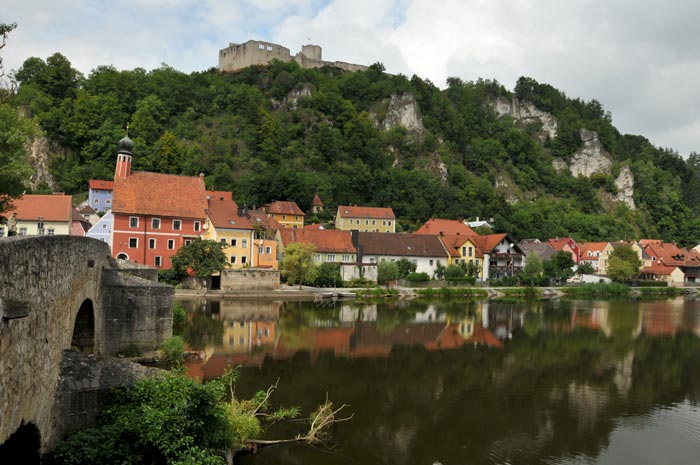 The Late Medieval stone bridge, which is located at the town center’s direction on the Naab Valley, is rarely used by the motorized vehicles. Using the bridge that constructed between 1549 and 1558, we left our bicycles at the town center and started to walk among the medieval houses. 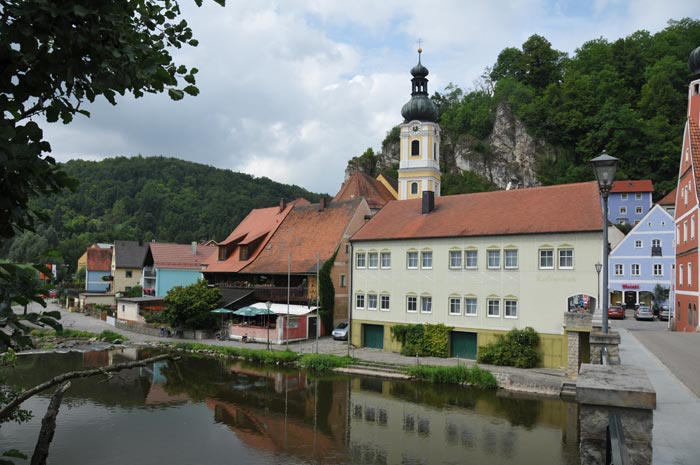 In Kallmünz center, the church next to the road that leads to the castle and houses along the Naab River, create medieval and modern age atmosphere at the same time. The only main street in the town is parallel to the houses on the riverside of Naab and to the ones where the rocks rise. While moving forward on this street, which is narrow and cobbled, we felt like rocks would fall on us. 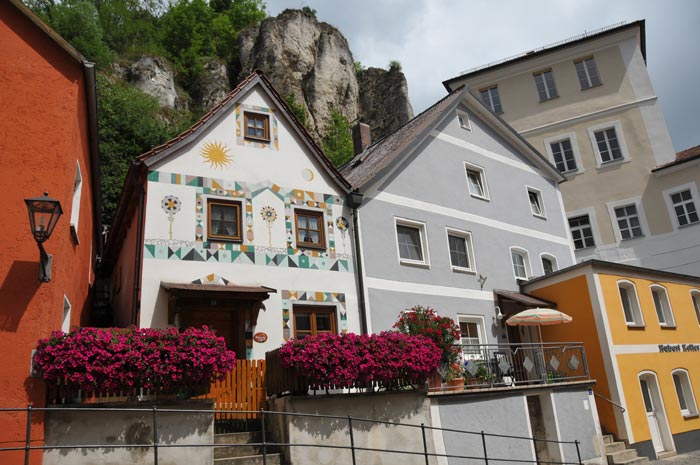 Of course, it is not surprising that there are places visited by artists often in the town. As we come close to the town, which impressed us when we saw the castle from a distance, we observed that art continues to live in here. The elegant facades of houses are some of the elements that prove Kallmünz is the place of painters and graphic artists. Kallmünz, the pearl of the Naab Valley draws artists to itself like a magnet. The artists who find inspiration here, creates efficient works. 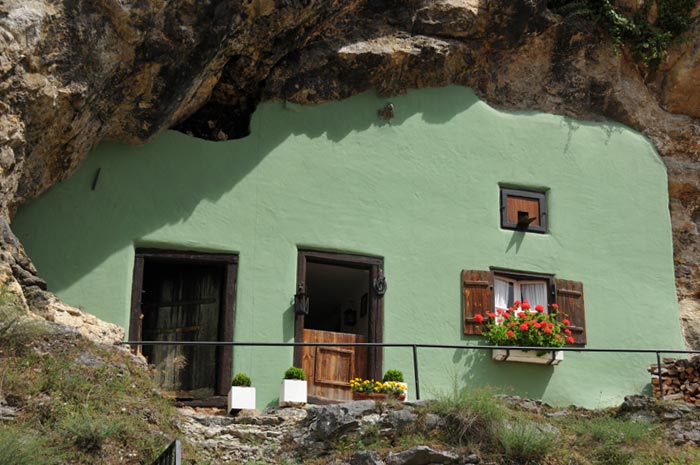 "House without Roof", which is the most famous house of Kallmünz, is located on the bottoms of slopes on the street. This place was converted from a cave on the slope into a residence that it reminds us the cave houses in the Cappadoccia Region. However, the only difference is the entrance of this house was covered by the window and the wall by the door. 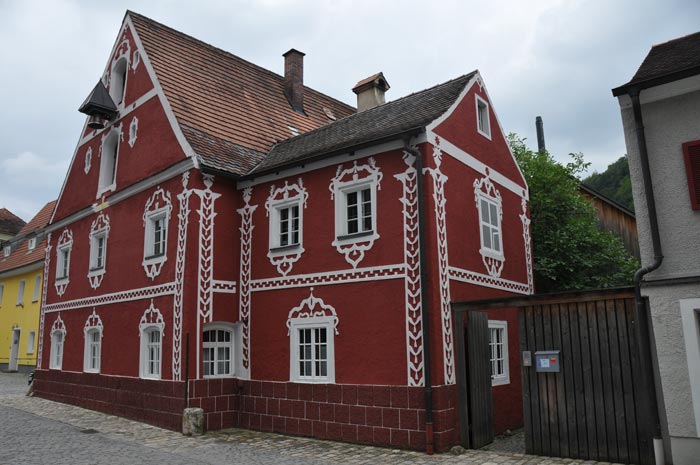 Here, we witness the extraordinary importance of colors and graphic ornamentations. 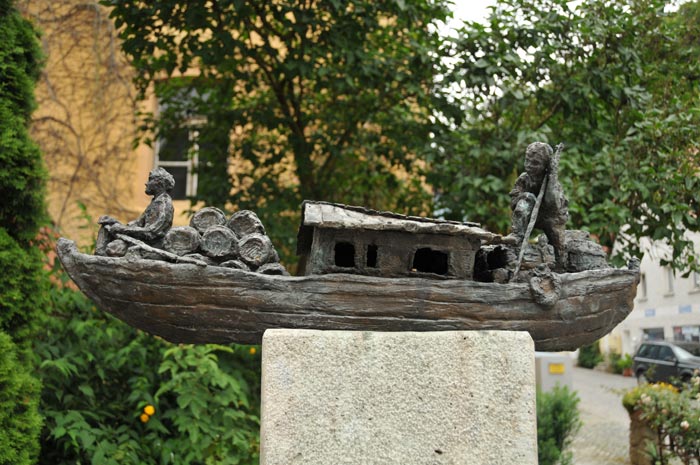 The statues that you can see on the roadside and the façade decorations of houses add extra beauty to the town. 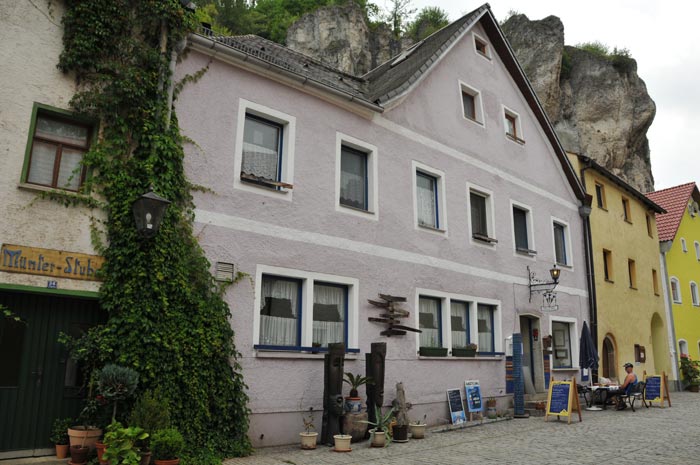 The Münster Restaurant, which is one of the most popular places of Kallmünz, is located on the only street that crosses the town thoroughly. The restaurant takes its name from Gabriele Münster that is one of the most famous painters of the 20th century. From the outside, it can be clearly seen that the place is special. 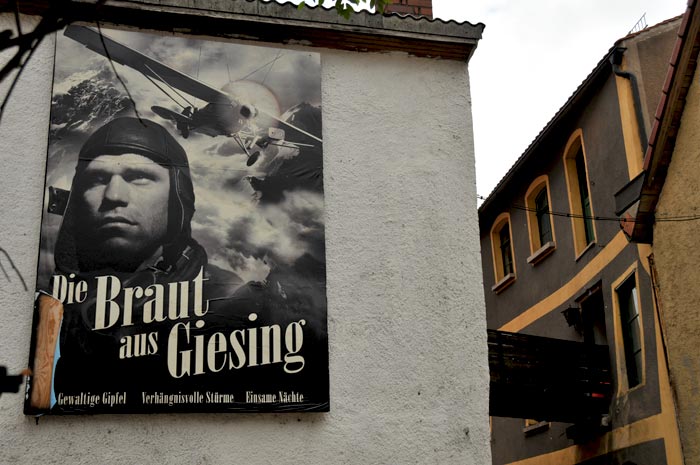 The work of “The Bride of Giesing” belongs to the artist Max Biek and it has been exhibited at the Academy of Fine Arts, Munich since 2011. 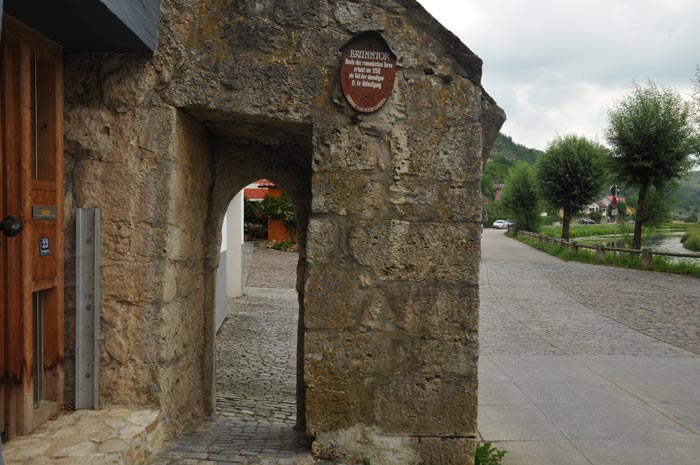 The last rampart ruins of historical Kallmünz city castle and arched door passage are on the view. Located in Brunngasse number 26, the ruins of city doors were constructed in the Romanesque style and they remain from the first half of the 13th century. 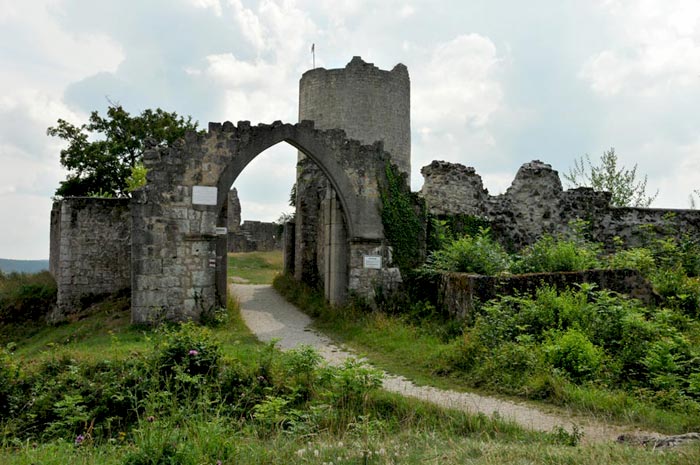 We came back to the town center and began to pace the stairs that leads to the hill, which is about 433 meters height next to the church. As long as we got close to the peak of the hill, which is called as the castle mountain, the town of Kallmünz between the Naab and Vils Rivers seemed like a real pearl. The Kallmünz Castle is one of the 40 castles that connected to each other in Regensburg and among its ruins, it is worth to see the rampart towers from the 15th century, impressive castle ramparts in good condition, palace and castle door. The castle, whose history dates back to the Celtic Civilization, was for the first time mentioned by the Bishop Wolfgang in 983. 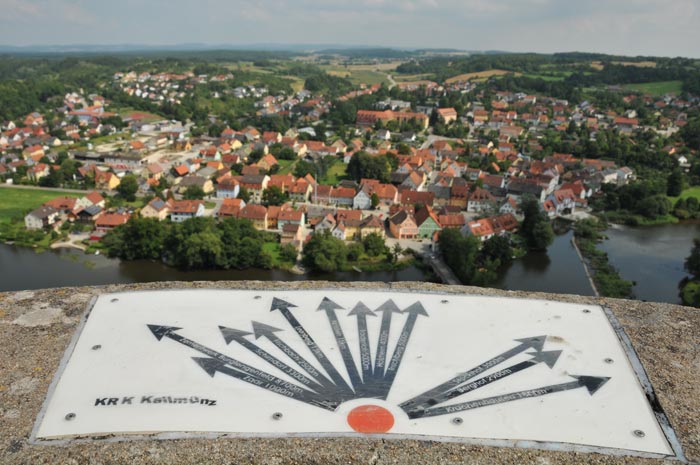 Even though climbing to the hill was inconvenient, both ruins and scenery are worth to this struggle. The towns around are marked there and can be seen clearly in the open air. 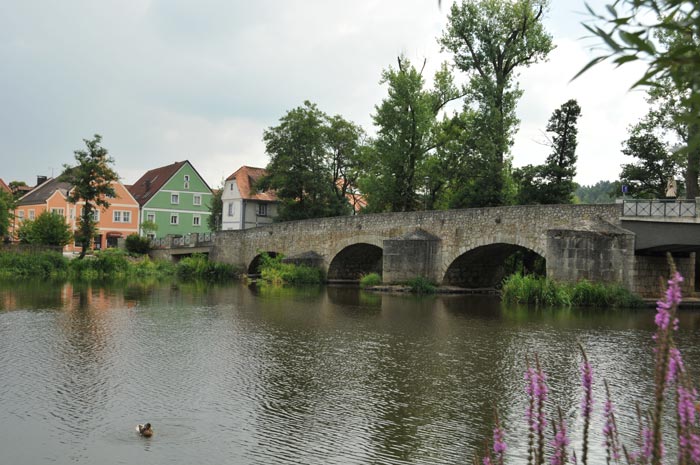 On the way back, we reached the town by passing the main door of the castle. The path was longer, but it was easier. Passing by the ducks that float in the Naab River and the fishing families, we arrived at the location that we left our bicycles; the stone bridge that goes to the town center.