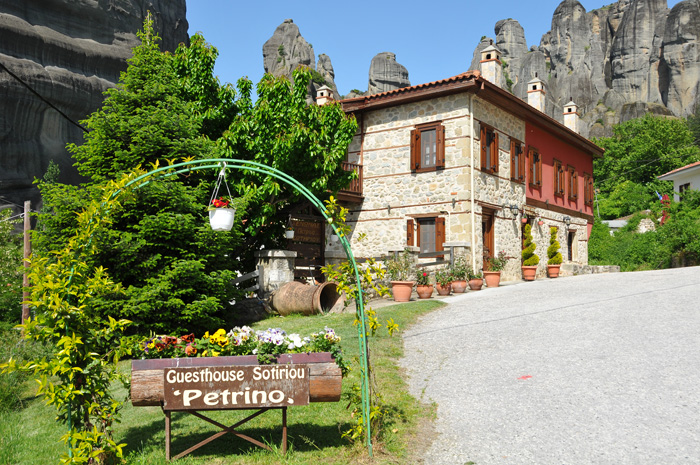 After our tour through trough the center of Kastraki on the last evening of our stay at Camping Vrachos, we wanted to go up to the rock-pin on the outskirts, which from a distance is not looking very spectacular. 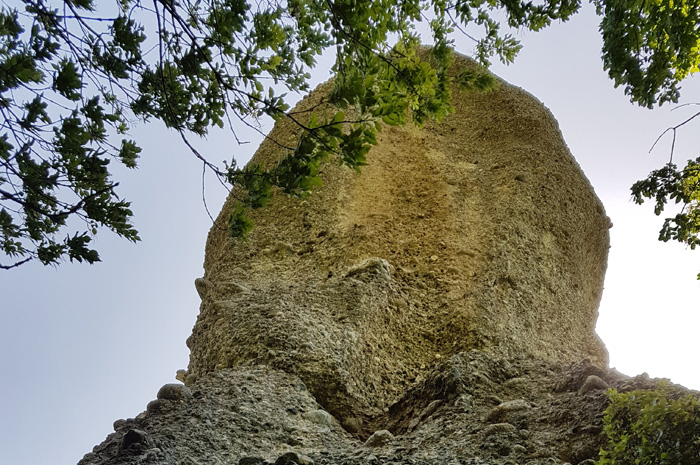 However, up to the end on a fixed road, this rocky cliff attracts climbers almost magically, as the rock walls extend approximately 30 meters high almost vertically, but with overhangs at half height, and there are various possibilities for the ascent. 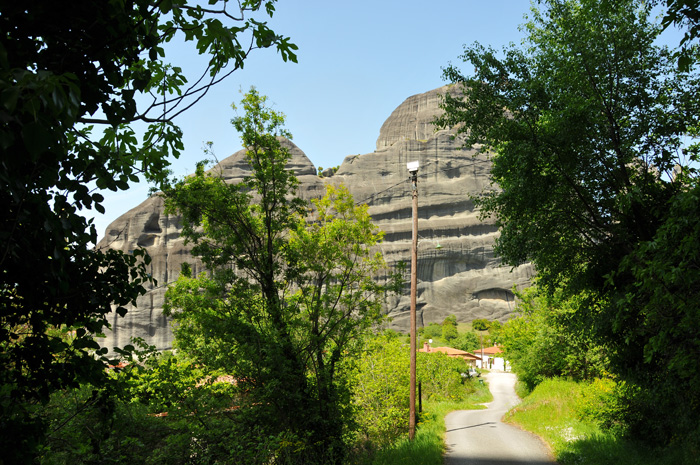 It should be mentioned that a certain degree of professionalism is necessary in climbing for these trails, as the locally very active guide assured us. And it also takes a certain amount of courage to climb the very thin needle at all. 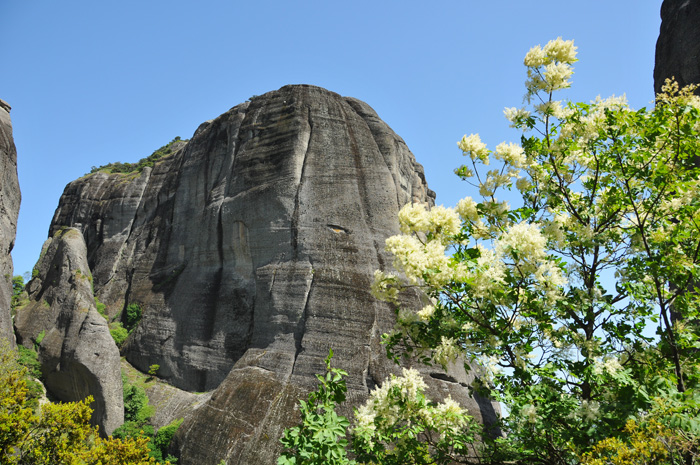 The view back shows a smaller becoming Kastraki and in the background another mighty boulder, which also shows some caves. 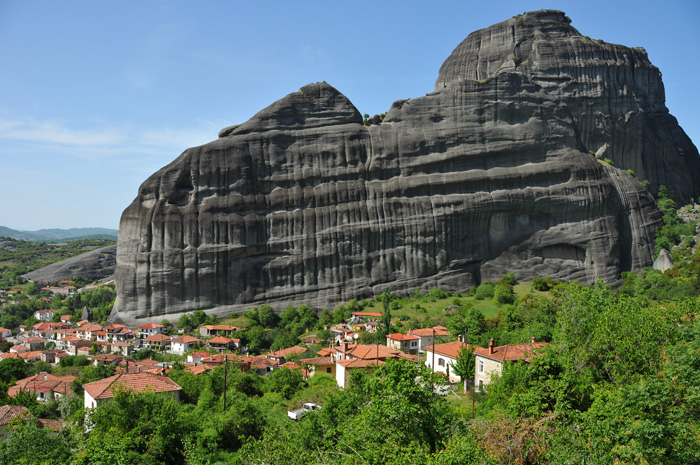 Now there are only isolated houses near the street until we arrived to a tavern. 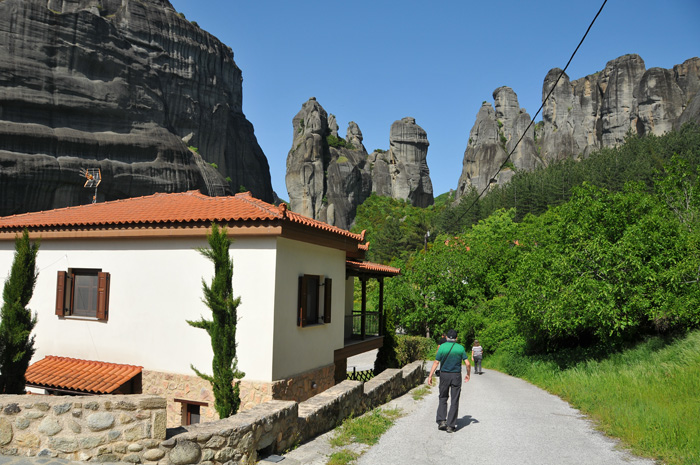 Quite inviting chairs and tables are placed in the garden, the magnificent panorama contributes its part to the idyll, however, unfortunately still closed. The way back is still ahead of us, maybe open then. 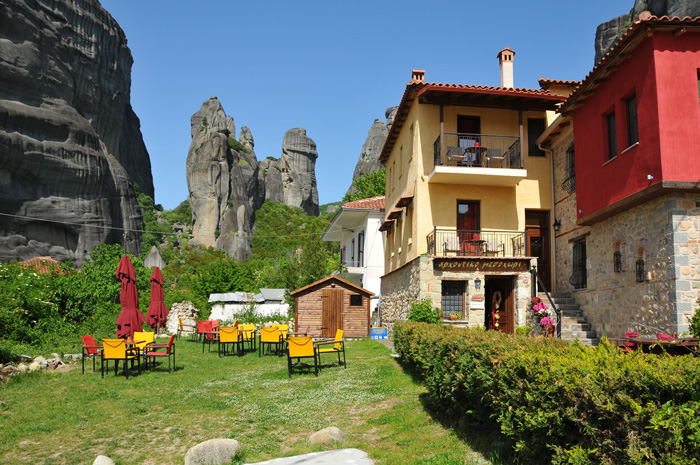 A little further, this young turtle directs our attention, it seems to be alone on the road. Too dangerous, we help to the green as save space. 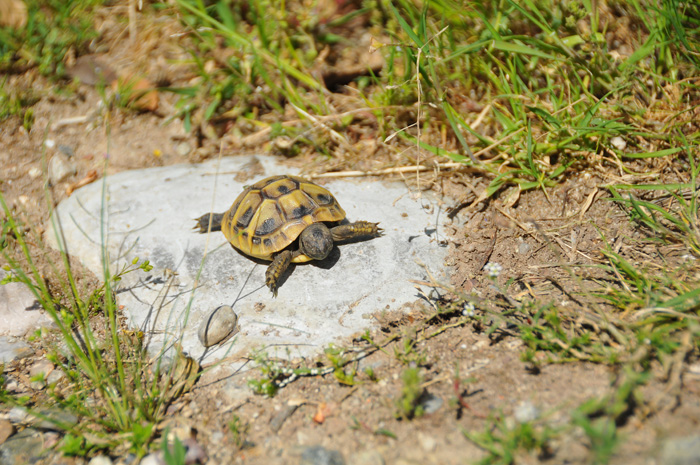 The further we progress, the more neglected the houses, sometimes they are completely abandoned. 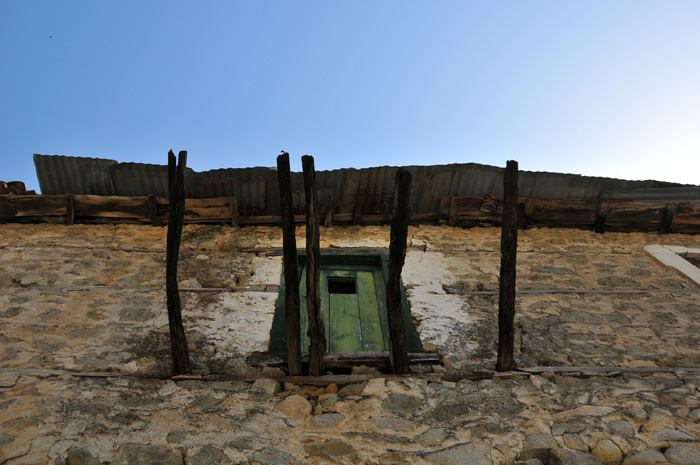 Then another view of Kastraki appeared, we have so far hardly gained in height. 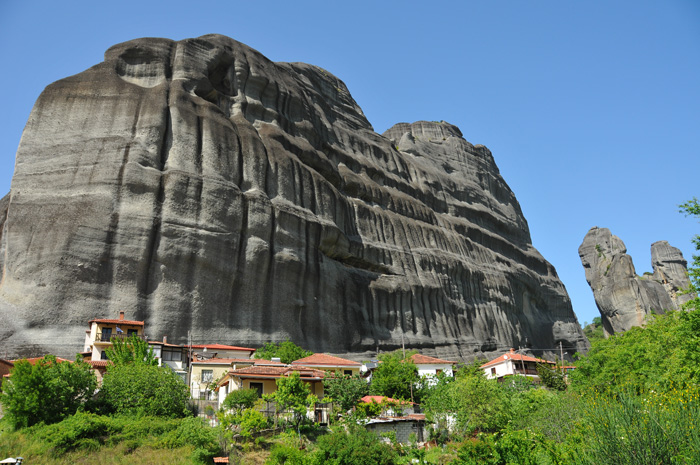 At a small chapel the fortified road surface ends and the ascent leads into a forest path. 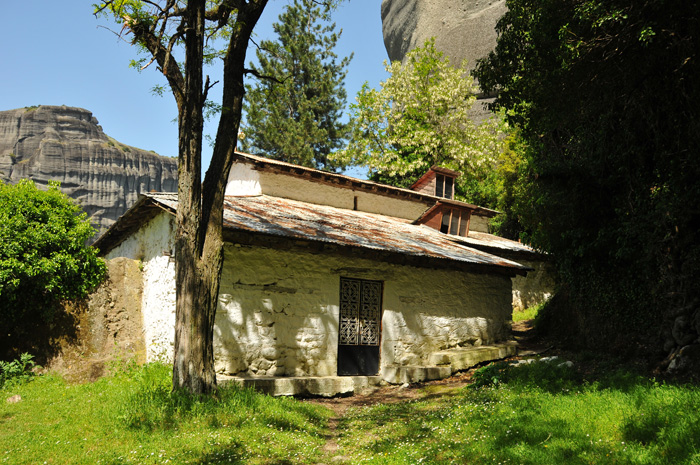 The last symbol of human architecture on the way is this bell, then it goes up on natural paths. 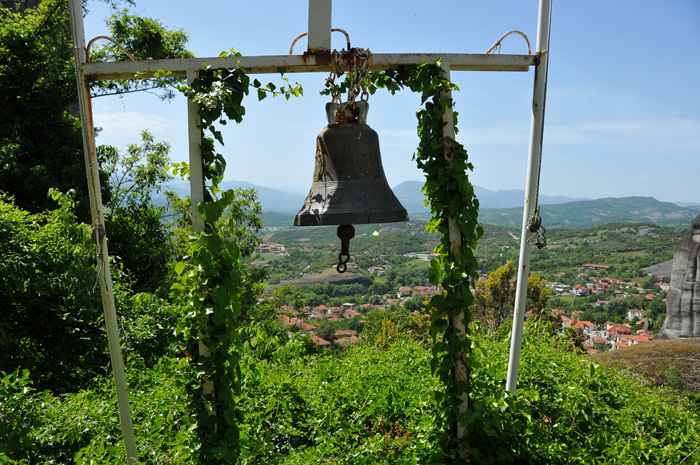 Through the dense forest we have approached the rock-needle considerably, and suddenly it is reached. It is hard to see the few auxiliary points, which are fixed by the climbing props to rope safety. 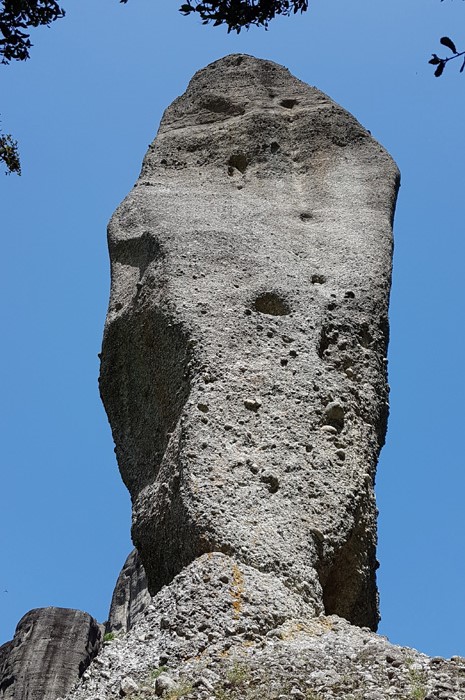 Impressed by the size especially by the height, we are looking for a place for our picnic before we returned. 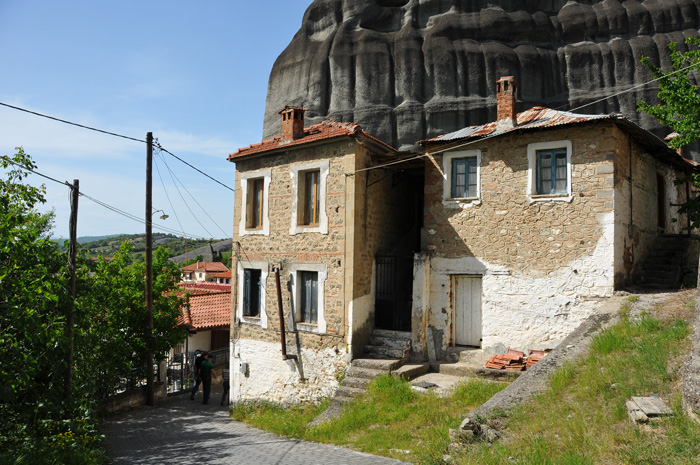 Hike to the rock formation needle in Kastraki Meteora