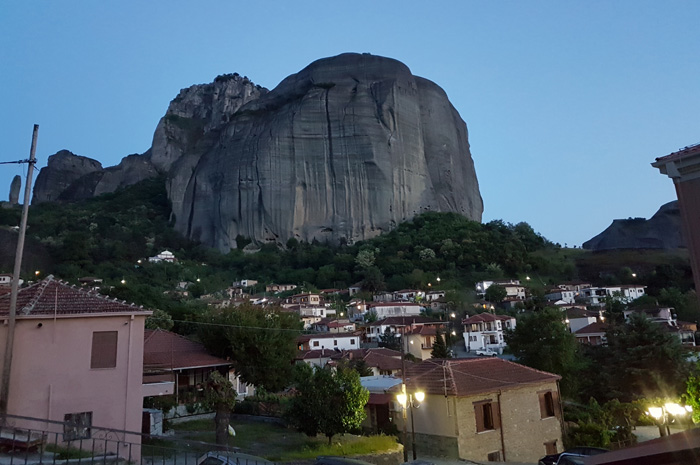 From Campsite Vrachos, the village center of Kastraki is reachable within a few minutes walk, where we had moved and stopped during our Cultural camper-tour to visit the monasteries. 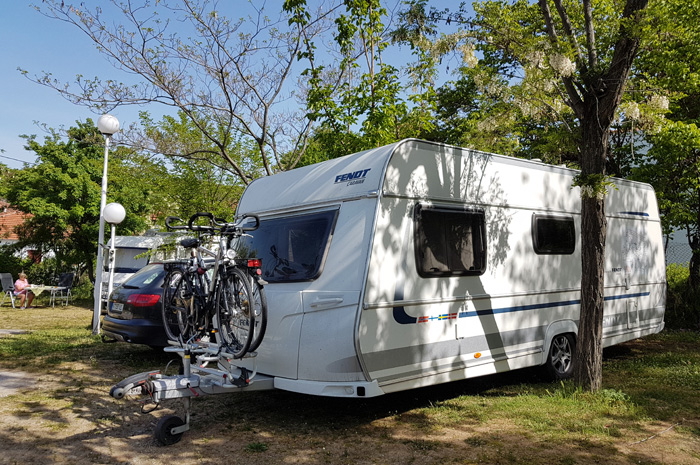 The evening twilight had already begun when we decided to take a little tour of Kastraki. 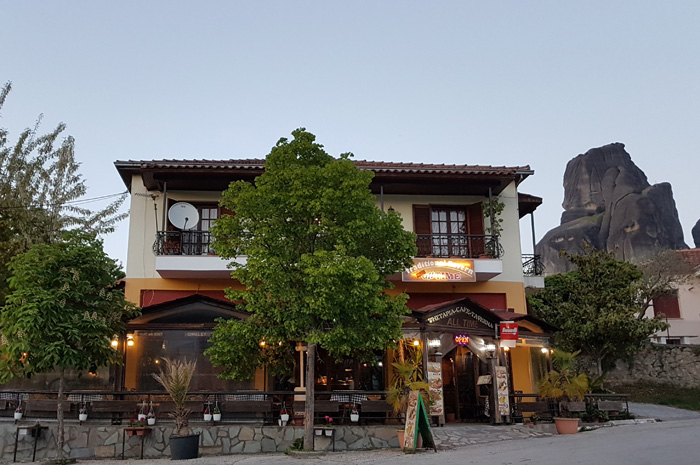 Countless tavernas along the streets are extremely inviting, so we decide to stop for lunch, but after the tour. 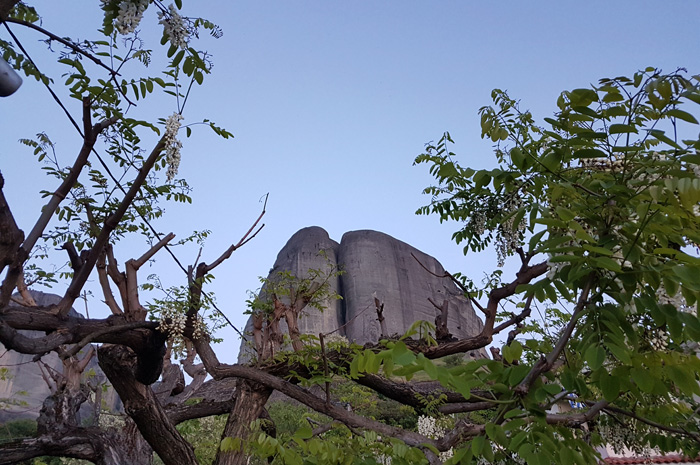 In the main street we came across this shop, which offers a variety of wind games from own production. 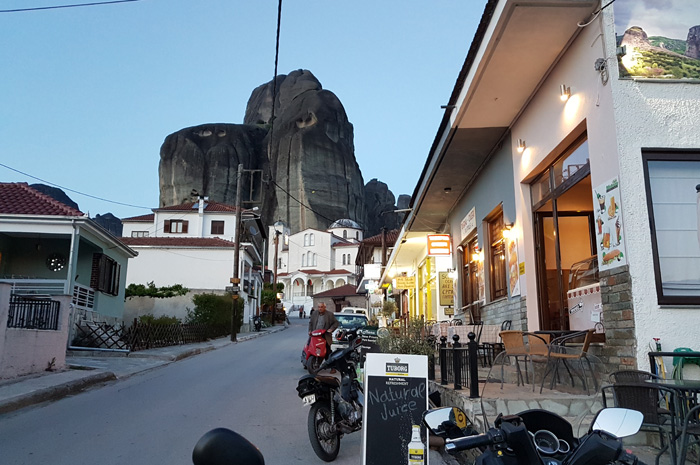 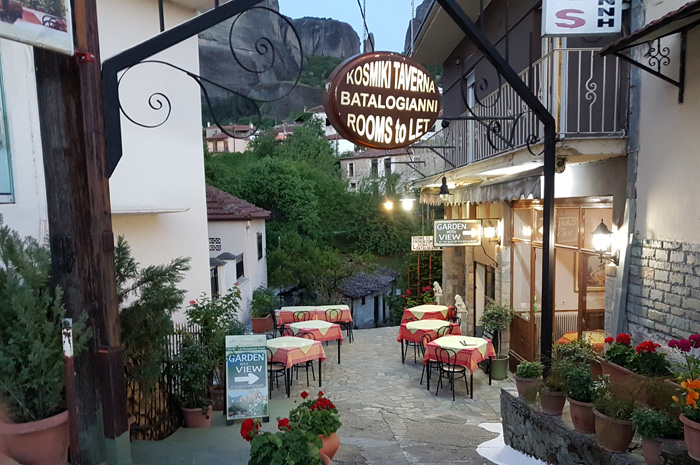 the agony of choice is becoming increasingly difficult. 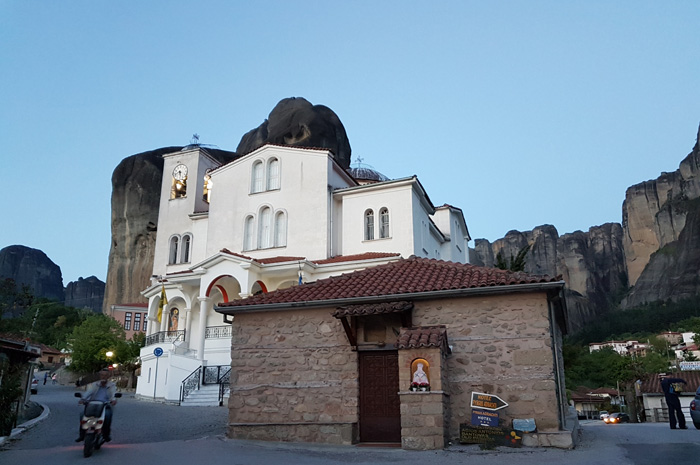 In the center of the village we arrived at the church, which is framed by the massive rock formations in the background. 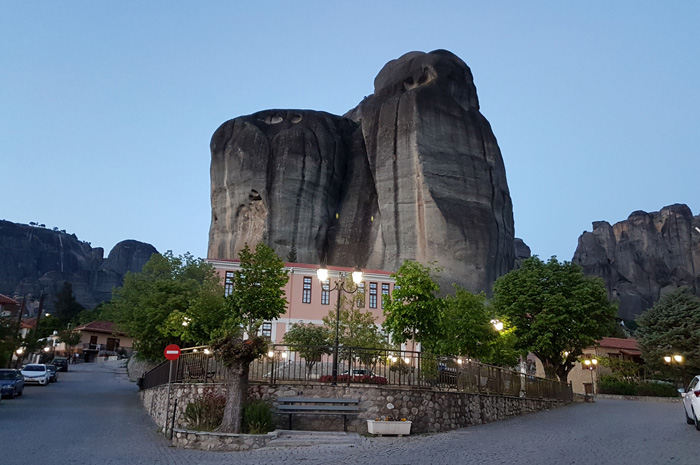 The village square leaves a similar impression, in the background the citizen's house. 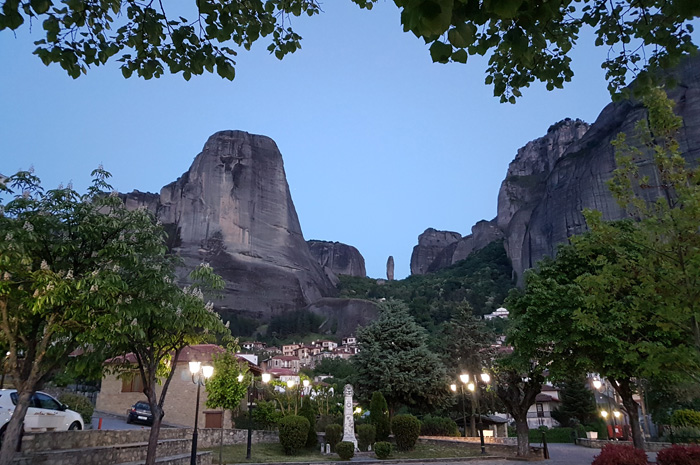 Idyllically, the village fits into the surrounding rock formations, which is, due to the now intensified lighting, even more impressive. In the background, the rocky needle, which will be the destination of our walk the next day. 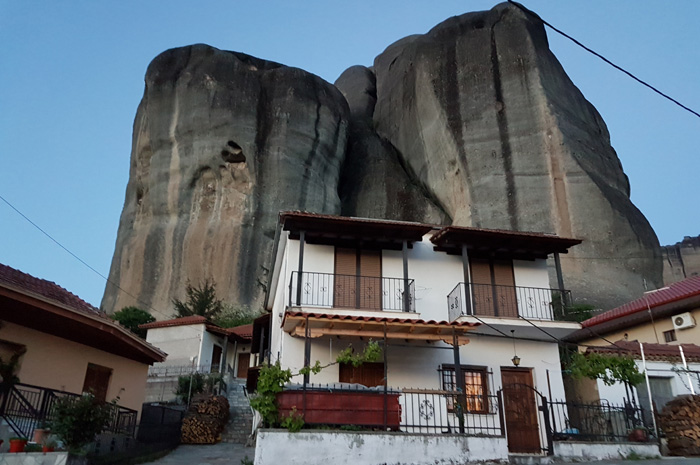 A typical building in Kastraki, which should however be given a new painting. 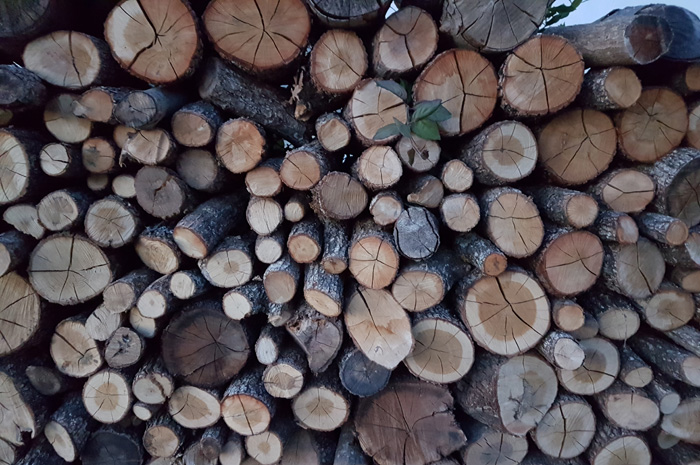 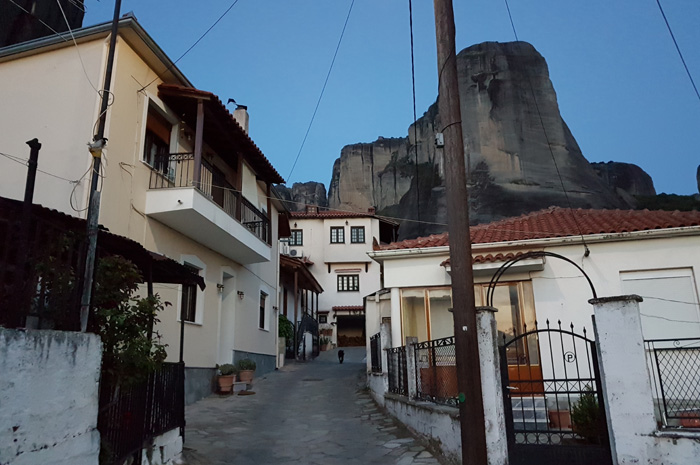 A village alley just off the center.

And at the end of the tour a freshly prepared Greek salad, light and digestible. Good food in the evening.

Meteora - Hikes between the towering rocks