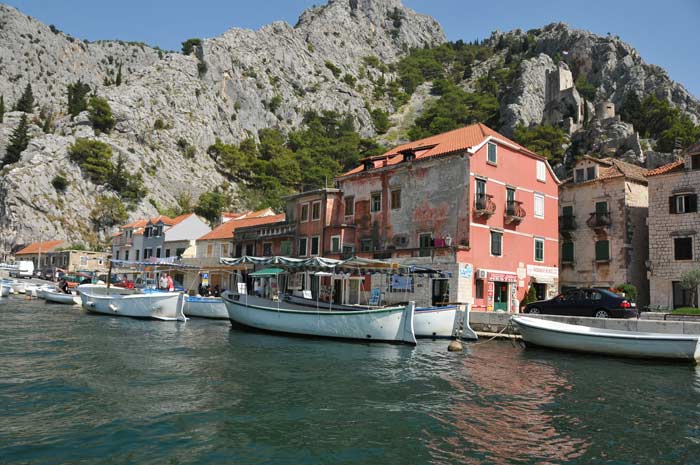 During further research for contacts, about people or companies who wish to participate in our project for the development of places for staying during the wintertime in the South we also contacted the campsite in Omis, about 30 kilometers away from Split.

After a short introduction together with some explanation it was relatively easy to arrange an initial meeting, as well to see the campsite and the options about possible outdoor activities. 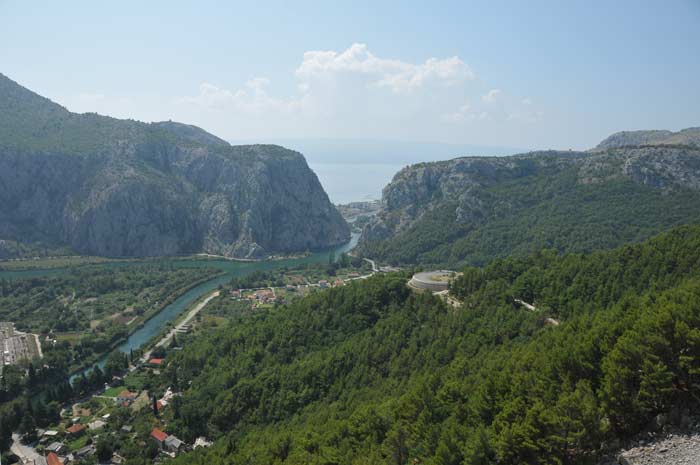 Due to the still prevailing strong tourist traffic along the coast Robi has chosen a secondary route (Highway 70/6142), which lead us through some villages such as Seljacka Kuca. First of all, the road went up into the mountains and back down to the coast, where the different views of the valley and the villages can only be described with dreamlike. 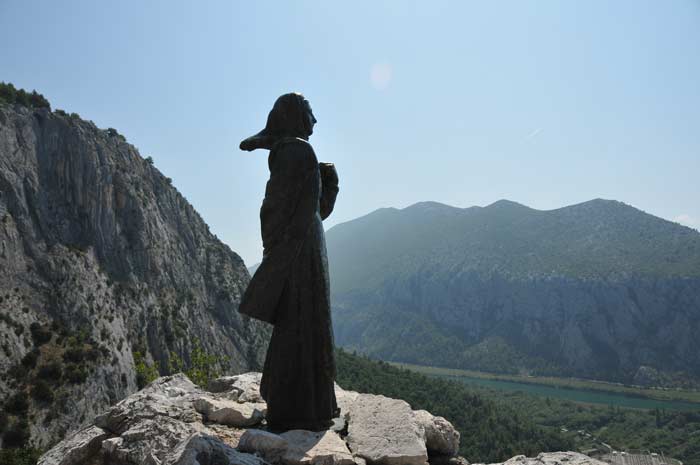 The patron saint, whose backgrounds are not yet known to us, is enjoying the view into the valley and to the seaside every day. 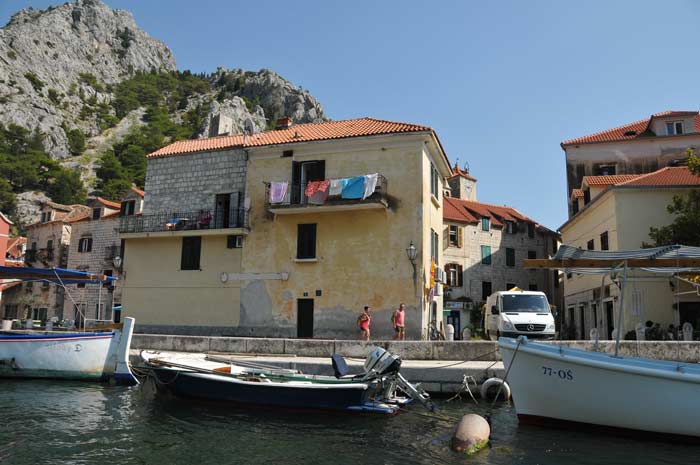 According to our extensive discussions on which we will report later, the management of the camp had invited us even to a first exploring boat tour on the river, which started in the historic area of the port. 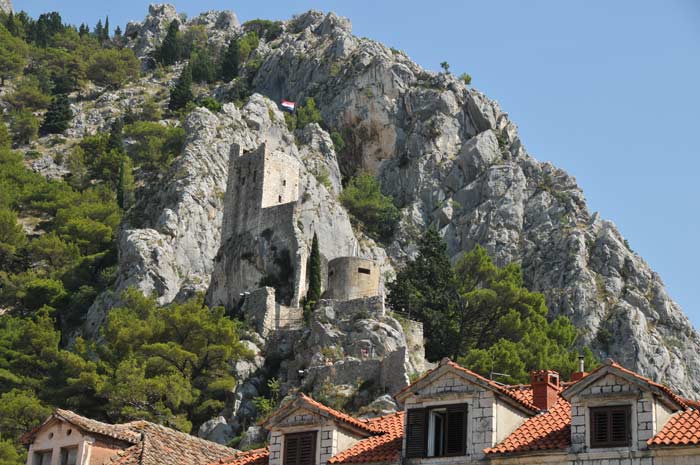 One of the two fortresses, which should protect the once here living pirates from their pursuers after their raids. We will certainly know more details in the near future. 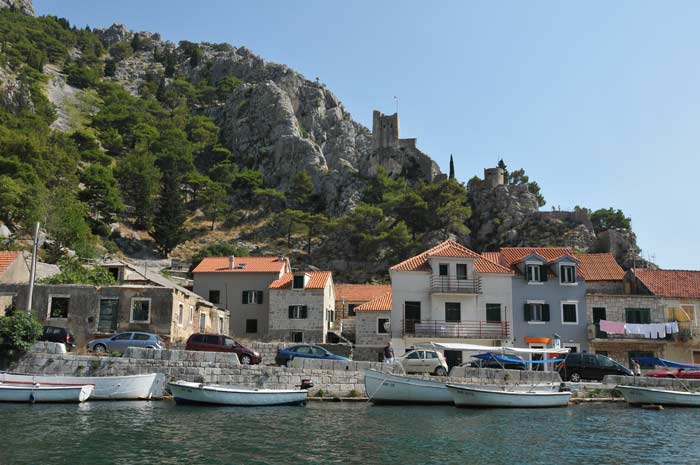 In the background, the second Castle can be seen. Higher up in the mountains, there is another fortress that, so at least first information, can be reached via a footpath within several hours. 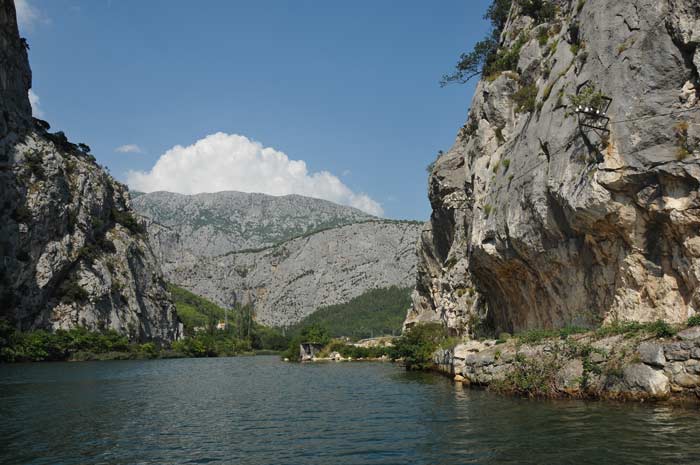 Between the towering mountains, the river has sought its own path into the sea thousands of years ago. It's amazing how small "man" over nature actually is, despite all the mammoth buildings worldwide. 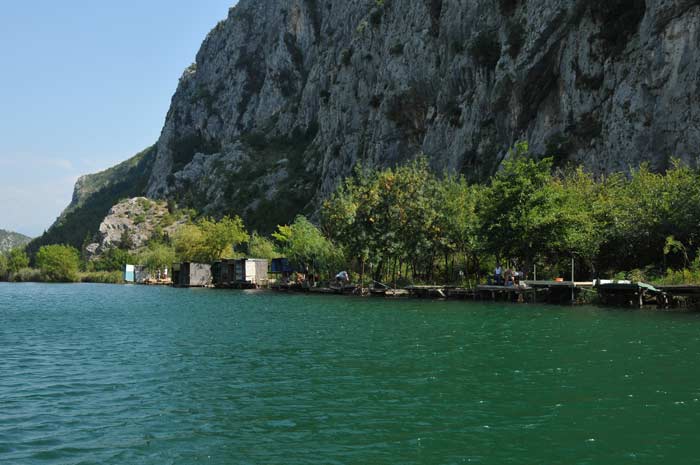 Immediately after the passage, it is remarkably quiet on the river. Small fishermen's huts on the right bank indicate profitable fishing grounds. Friendly we are greeted by the fishermen who carry out repairs on their nets. 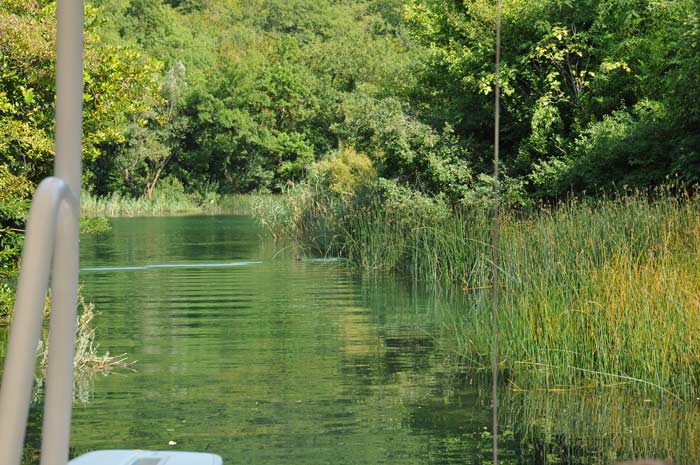 Then it is really quiet. Only birds and other aquatic animals are heard. Despite the tourism, the river has maintained its tranquility. 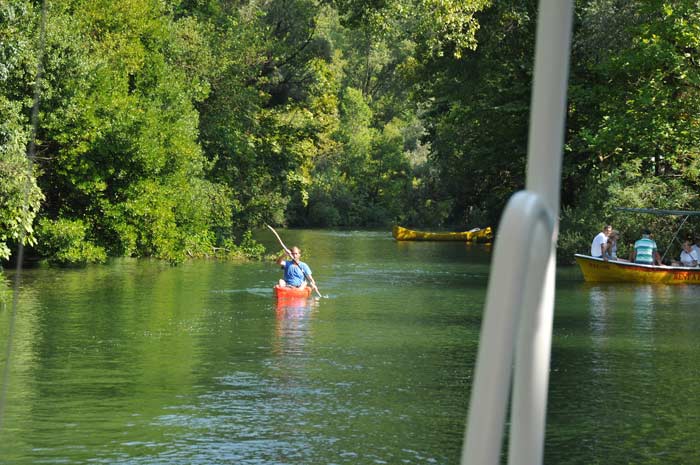 From time to time a paddler, then a tourist boat, otherwise peace and quietness. 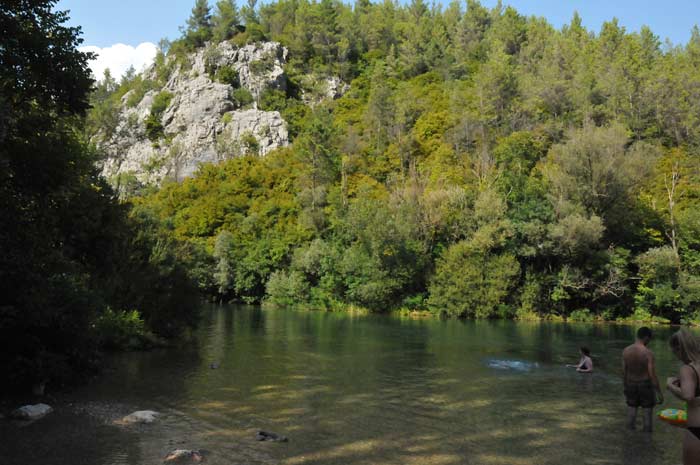 There is even a sandy beach at the river, which has several guest, despite the distance to the town of Omis. Even on the small photo the quality of the water can be seen well. Absolutely clean. 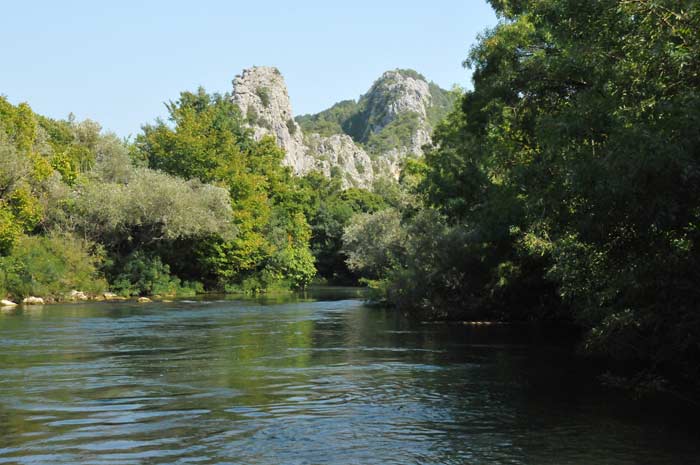 A good start for further excursions in the region around Split. We will turn back to the end of September and will continue to explore for outdoor activities.

New contacts and appointments at Lake Shkoder, Salona and Omis