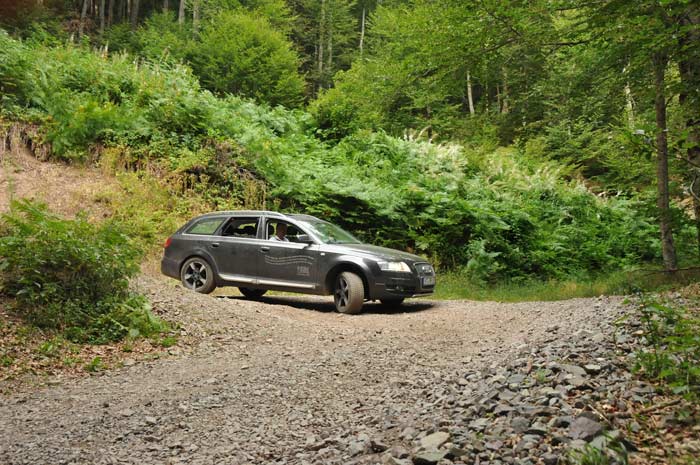 In the previous blog "Hiking Idyll " we had already reported about our first impressions of the high pastures above Vevcani at the border with Albania. 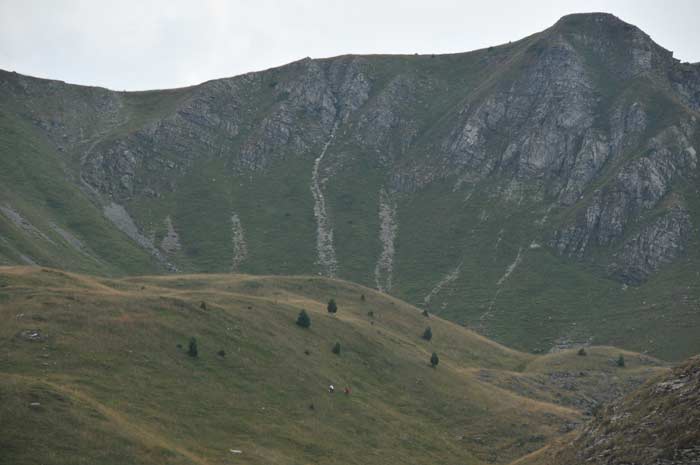 So we had noticed two people in the valley basin of the mountain ridge between Kamen and Zeze , they probably collected blueberries there. 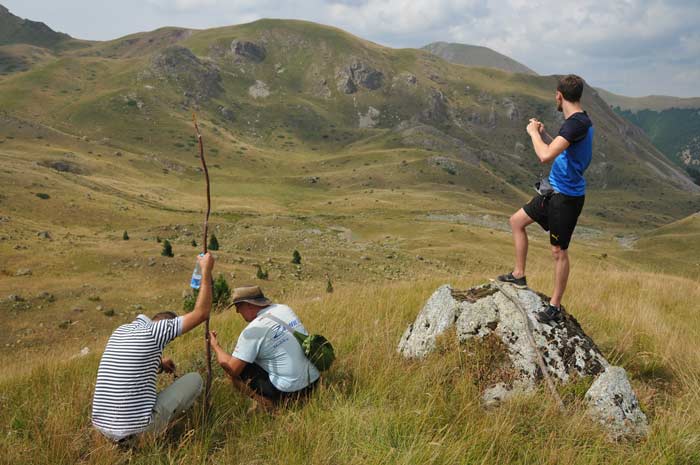 We were, however, still extensively employed at the time with our own research in terms of flora and fauna, so we eventually lost the two collectors from the eyes. 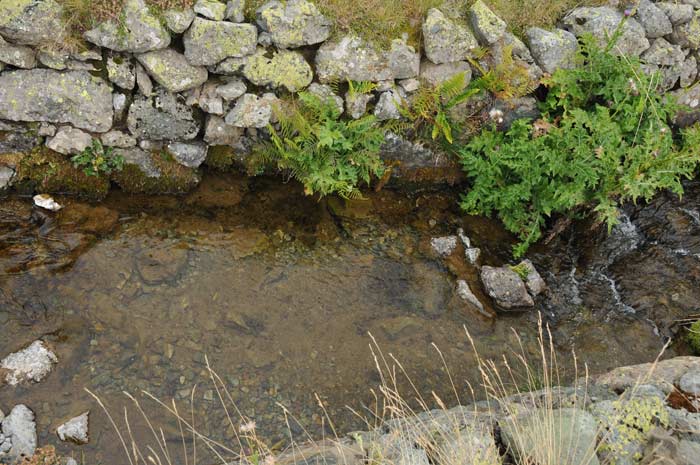 We noticed the artificial watercourse, which had been created to supply the villages below the mountain lake. Despite subsequent research, we could not identify the original time of construction of the water channel.

Local residents we interviewed, spoke of several centuries, as has been reported by their ancestors. 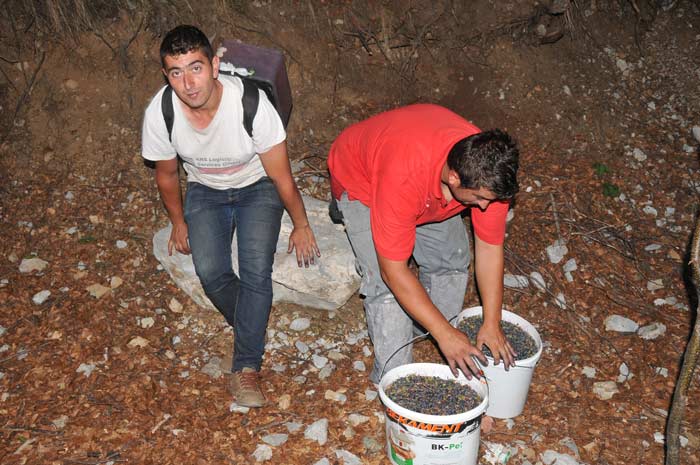 On our descent from the plateau, by chance, we met the two blueberries collectors who momentarily wanted to relax during their descent due to their heavy load. 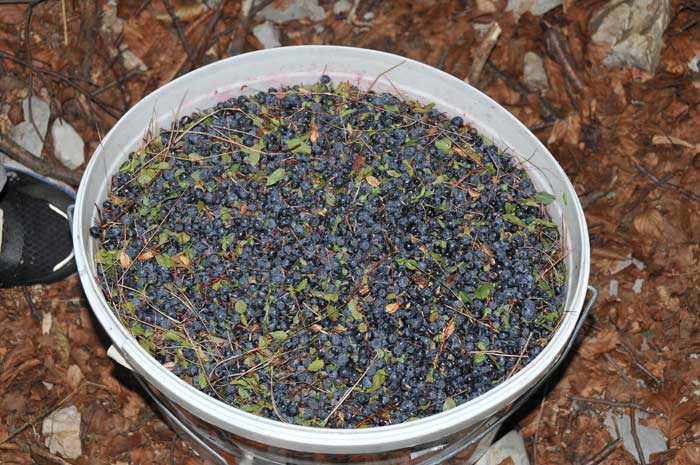 Do the berries not look really tasty? They were lovely, this we can assure at this point. 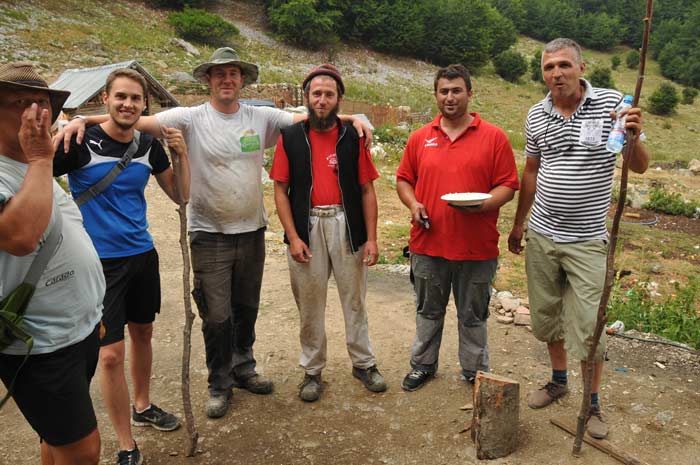 So we were talking and soon afterwards carried out an invitation, to taste from their homemade feta cheese, to which more settlers from the region quickly gathered. 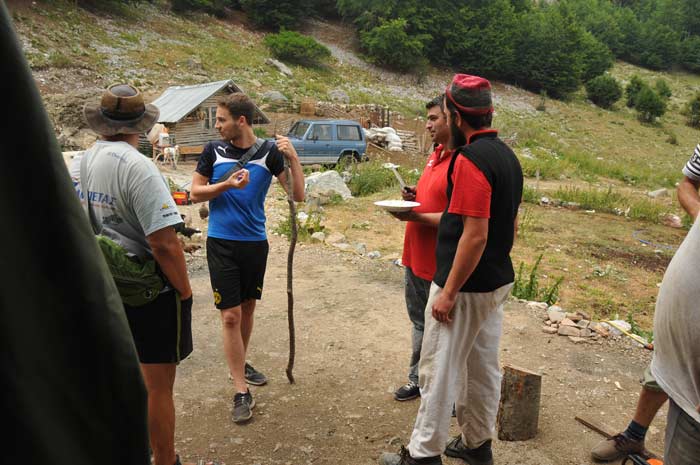 Of course, they asked about the meaning and purpose of our project ideas and were open and interested accordingly to the ideas. Especially since the beginning of hiking tourism showed little benefit to them as well. 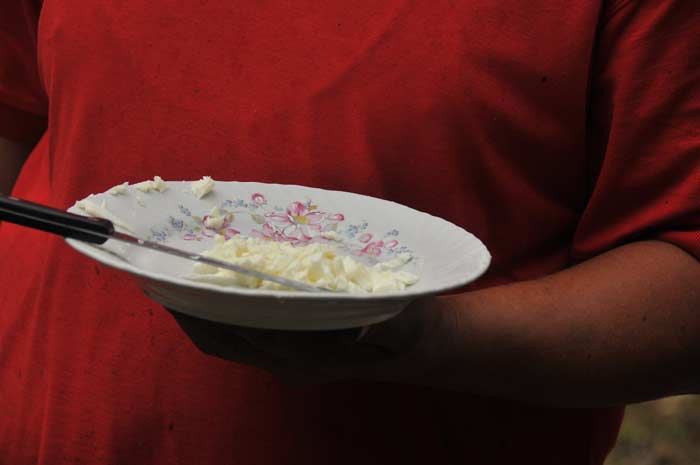 We should not forget: the feta cheese was excellent. The plate was quickly emptied. 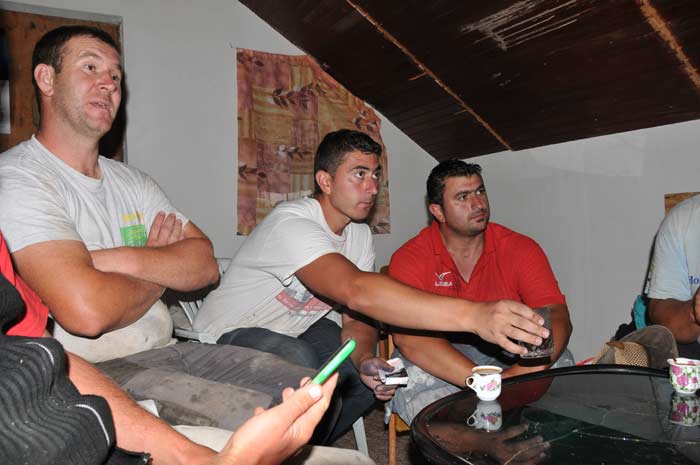 Now they invited us for a coffee into their small tiny mountain hut where another cheese was served, even a couple of gingerbread biscuits from German were put on the table. Even they spoke just little English or German, there quickly was a lovely conversation with lot of ideas being exchanged. 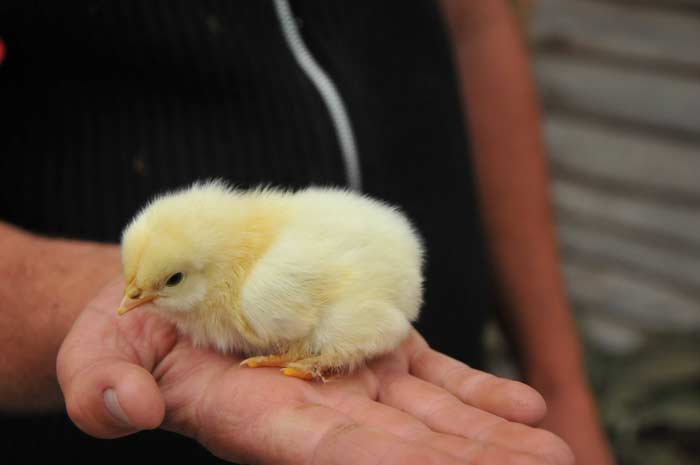 Later on we tried to explain, that they should give their knowledge about nature and farming to the tourist, integrate them into village community as well they can built up first accommodation and serve some local foods. After some time we needed to go down to our campsite at Lake Ohrid, so again car has got the worst job, this time to bring us down save.

Hiking idyll and the solitude of the mountain farmers

At the underwater springs of Lake Ohrid at Sveti Naum