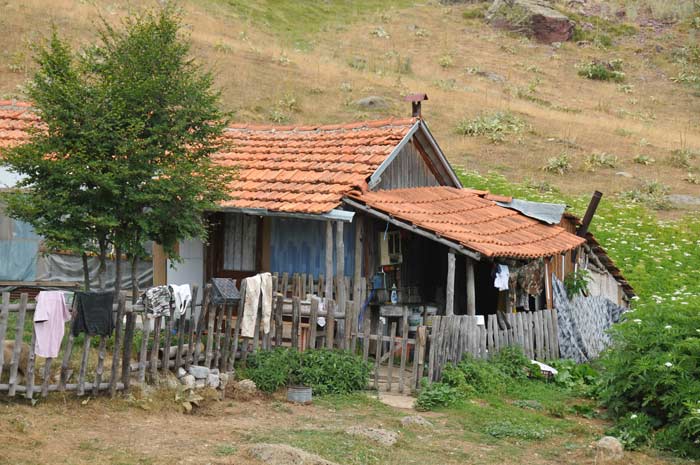 Rino (Camping Rino) had told us of two rural settlements in the mountains near Vevcani, which could serve as intermediaries for mountain hikes, especially since some young families have settled there. 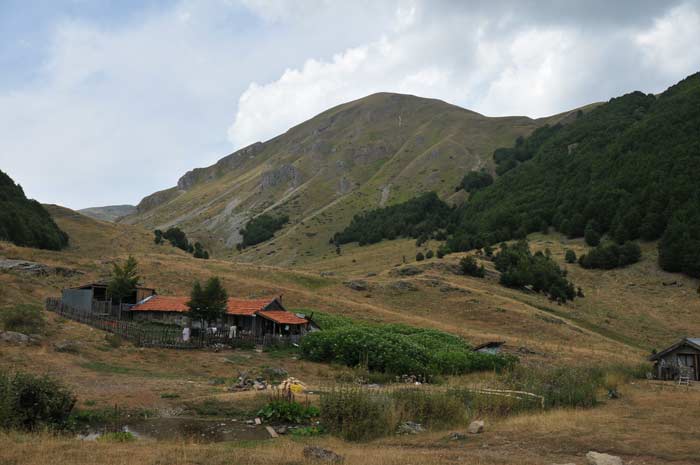 Only accessible with a four wheel drive vehicle through eroded slopes, we were on our way to the first settlement in which we came across some scattered buildings of different function. 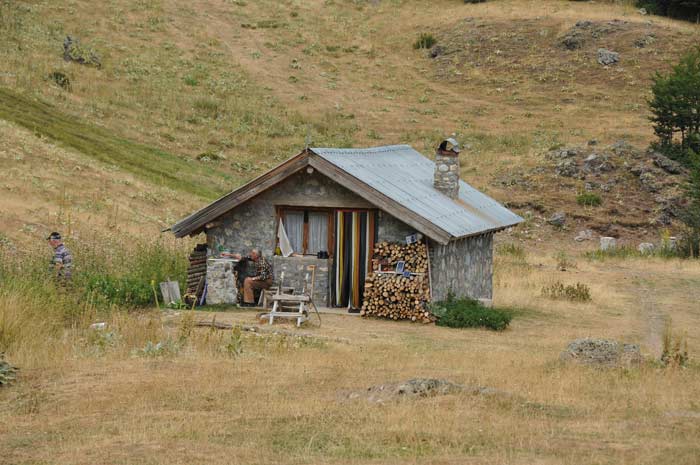 Two elderly men had been set up in this hut and stayed here up to about 1,680 meters above sea level obviously for the hot summer months. 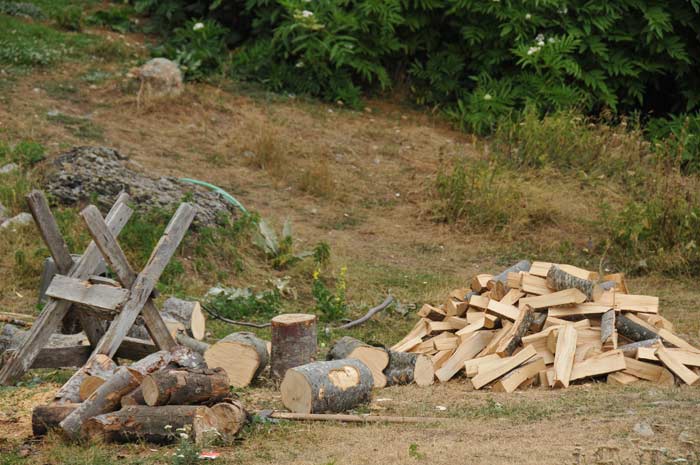 Pleasant temperatures during the day with relatively cold nights leading up here to the fact that the huts needs to be heated even in August. So it is important to cut firewood, which, of course, is the only available fuel for cooking. Electricity does not exist here. 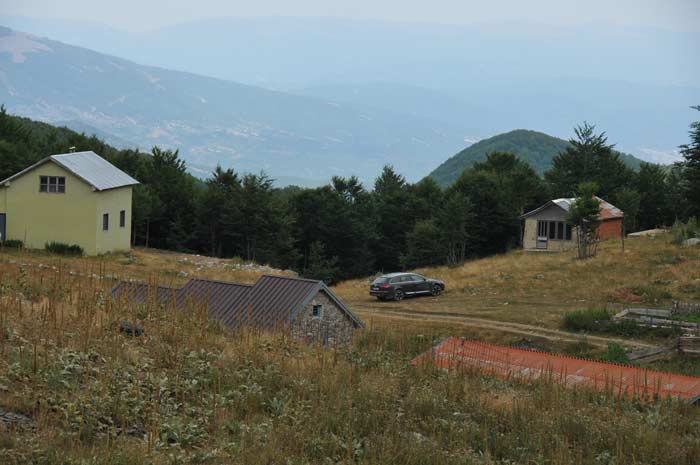 A look back at the settlement and our parked vehicle before we start hiking into the mountain. 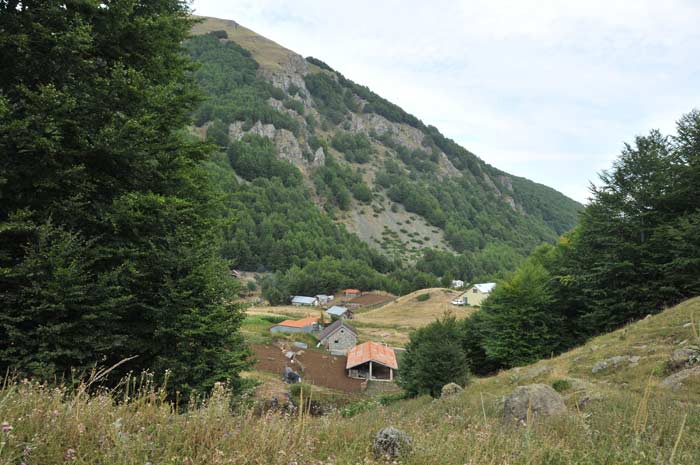 We had also heard of two mountain lakes, which we had chosen to hike to. We had got the information, that some residents went to the lake for fishing and did a good job. 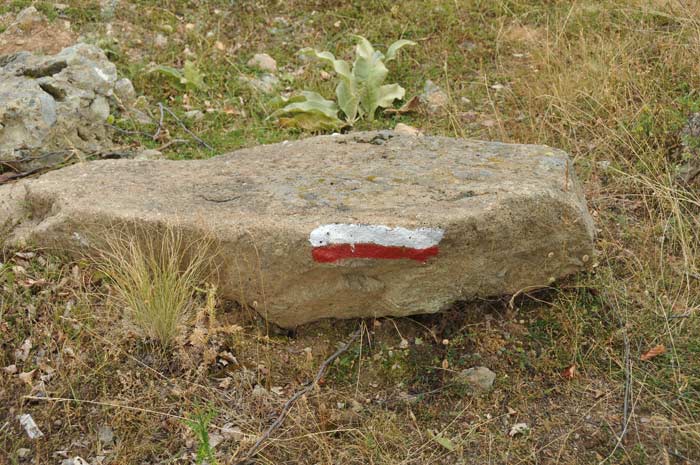 Even here there were hiking signs, which we could follow. Our questions for the author or organisation having installed them, however, remained unanswered. 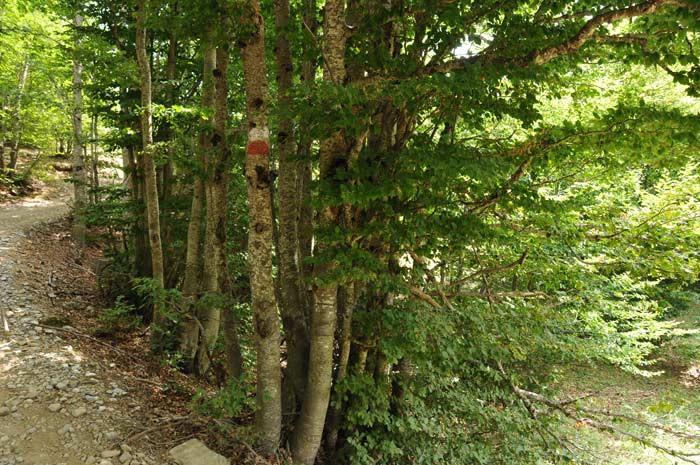 Despite the now achieved amounting to 1,760 meters above sea level, we passed through dense beech forests, which could probably only grow here because of the protection of the steep cirque up here. Again way signs. 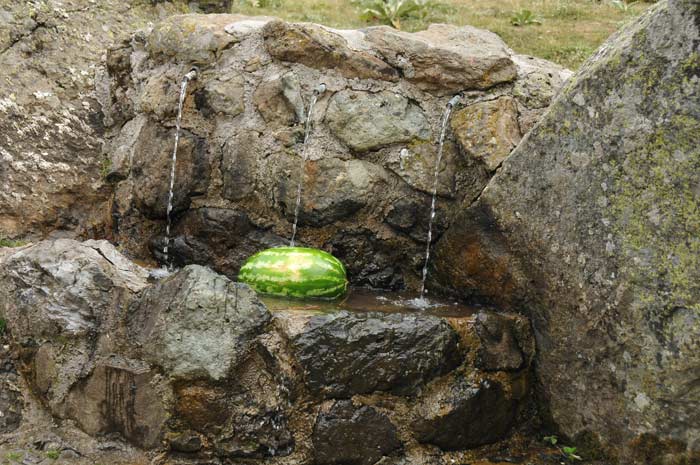 In the second settlement we came across this cooling method to a melon to keep it fresh. 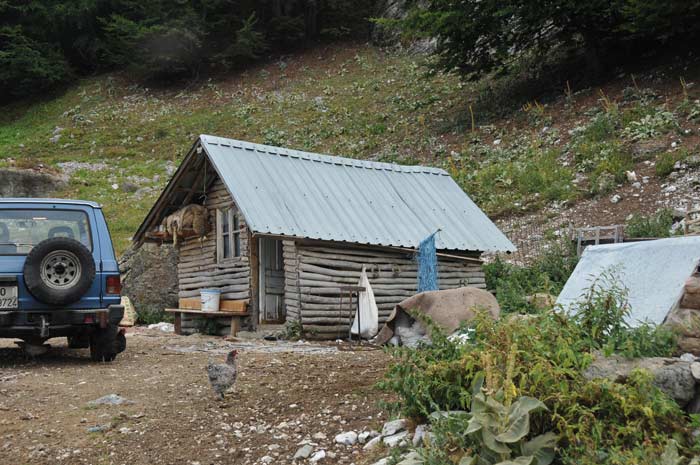 Again, some people were busy with the construction of small mountain huts, while others took care of the cattle. 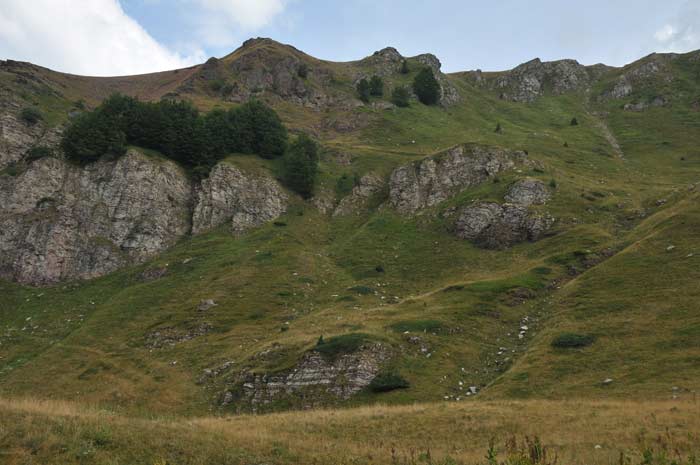 After the second settlement, the path becomes steeper and finally was seen only as a goat path until this disappeared in the high pastures. 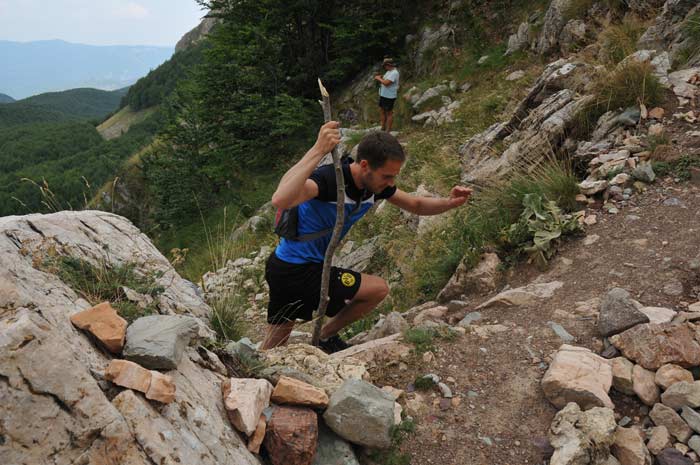 All slopes were, in spite of summer, bright green, suggesting sufficient water in the soil. The huge rock basin looked like a powerful volcano in the distant past. 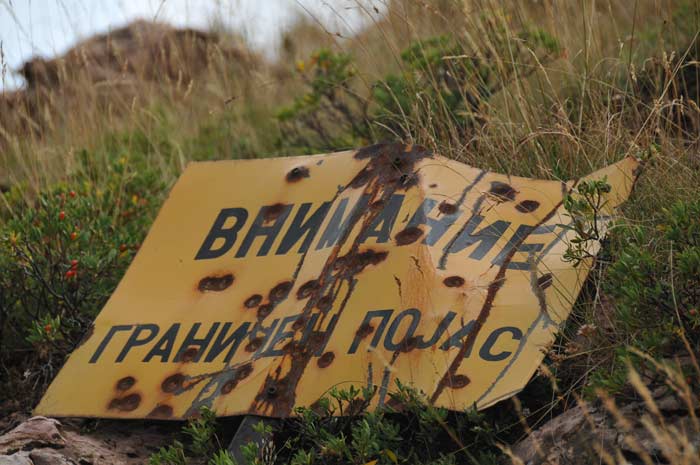 We approached the border with Albania, what this shield once pointed. Nobody, however, seemed really to worry about it. 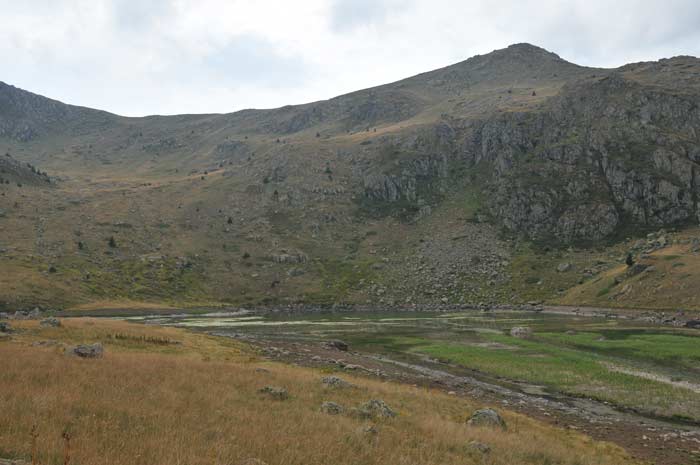 Then finally our destination was reached, the mountain lake nestled in the former volcanic cone. 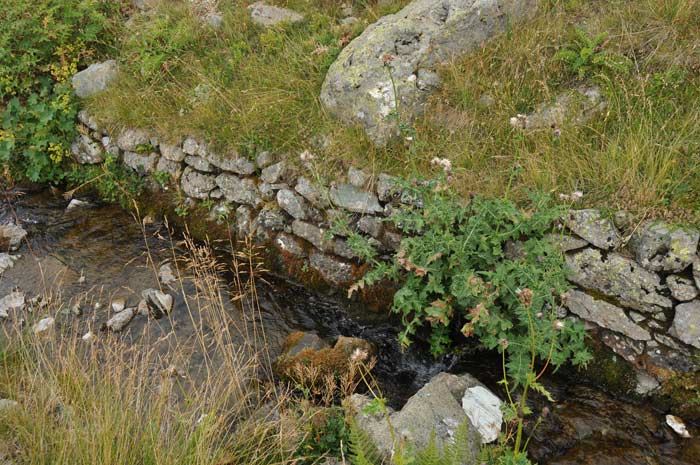 Of course, the water level was, now in midsummer, fallen sharply, because a portion of the water was discharged through ancient channels into the settlements below. 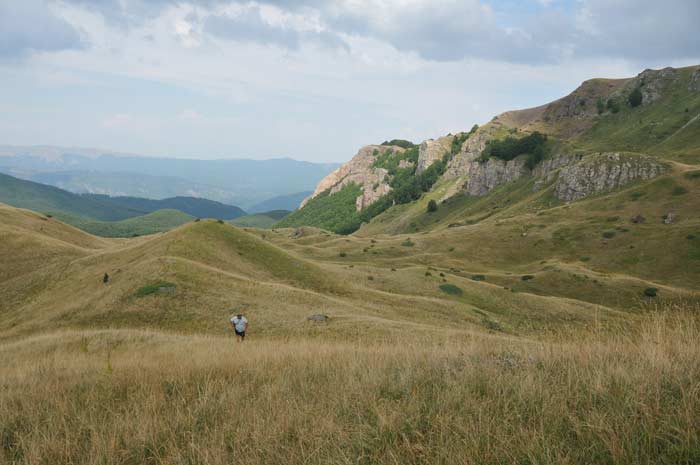 Clearly visible, the orifice of the former lava flows from the valley that opens up in the direction of Lake Ohrid to the plane. 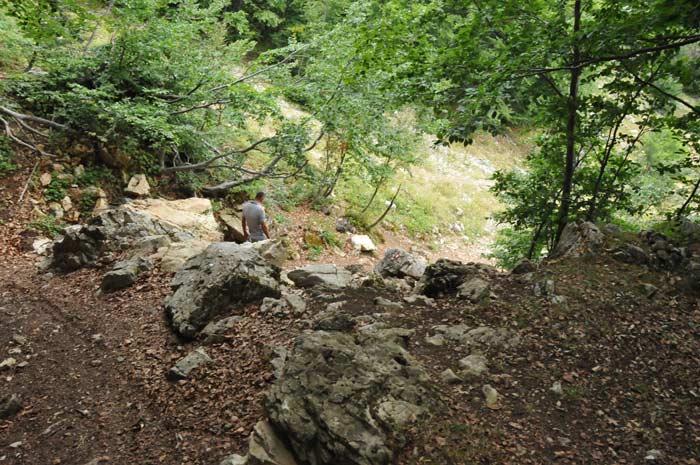 We slowly started our the way back, because a dark rain front threatened from Albania.