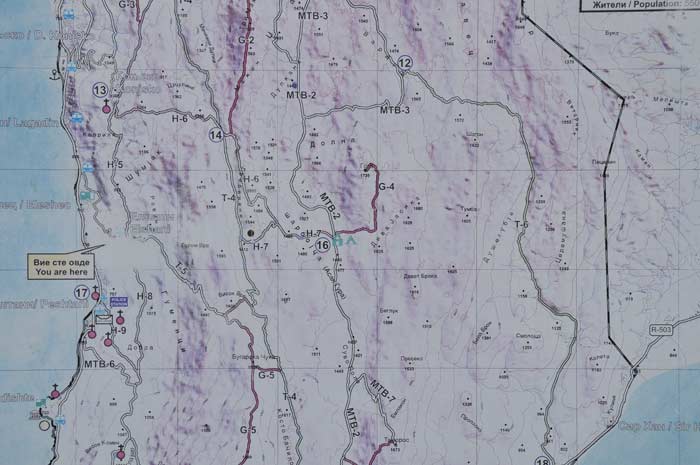 As a starting point of today's hike we had made, following the notices of Misho, our way to Konjsko, a small town on the edge of the Galicica National Park. From here, we followed the routes T5 to T7 or H5 to H7, in many places the routes allow a magnificent view over Lake Ohrid. 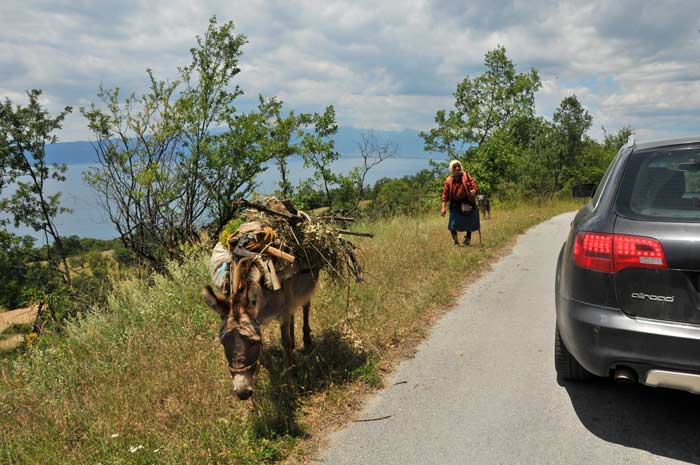 On the way we met a farmer's wife, who was on the way in the Galicica National Park with her donkey and two shepherd dogs. The park reaches until the shores of the Lakes Prespa and Ohrid and covers an area of ​​22,750 ha, which, as previously reported, is crisscrossed by a variety of hiking trails and mountain bike routes. 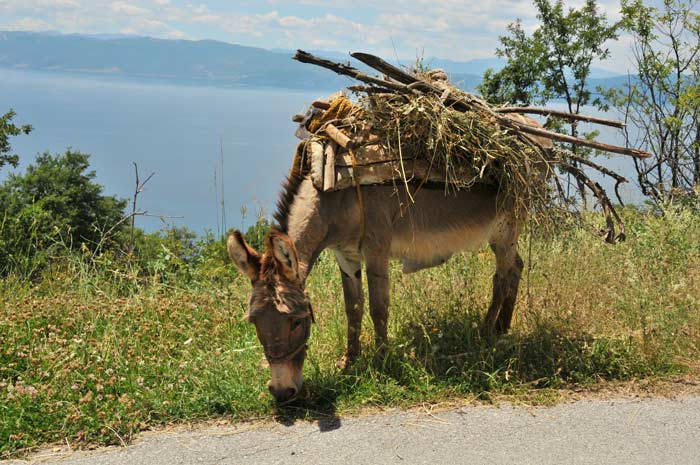 After the first few meters of hiking, we again came to a declined house that had been abandoned by its inhabitants. Many more houses were to follow. Migration also leaves its marks on the points the people leave behind, not only at the destinations of migrants. 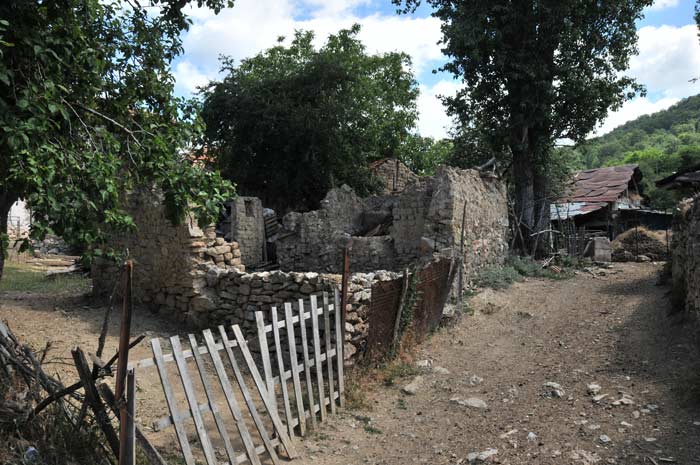 A little threatening was this shepherd dog in the way, just a little later he left to give way and then was almost dozing peacefully in front of another abandoned house. Wether he was also left behind there or just has overtaken the place, we could not find out. 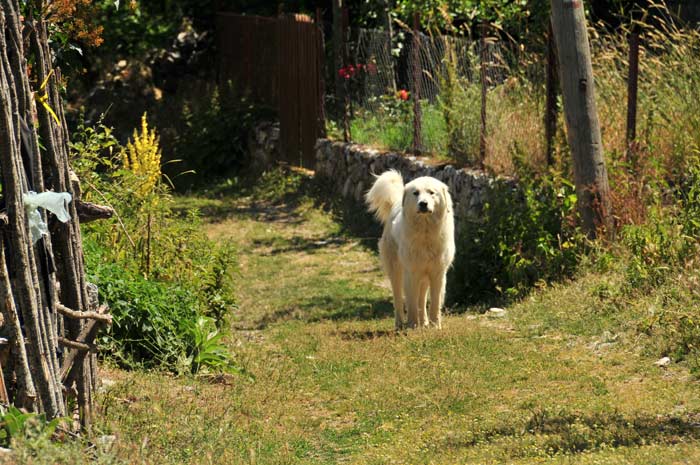 Continue following the path, we came to this stable for goats. Two young guys were collecting the goats for guiding them onto higher grasslands in the National Park. In this village it was the second house we should find still inhabited. 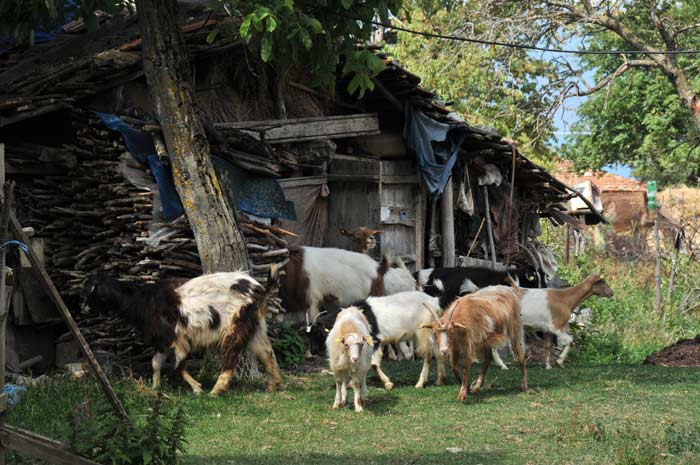 What magnificent stone houses here once lined the village paths, the ruins of the fallen parts still exhibit its beauty. 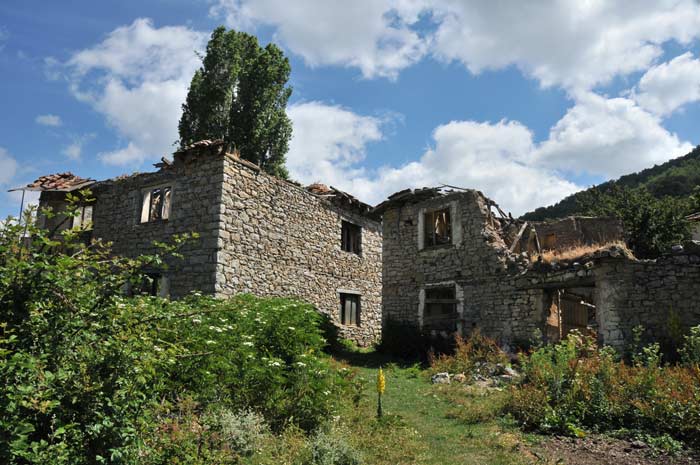 It really hurts when you look at the fallen walls. These houses could be used excellently for multi-day hikes. 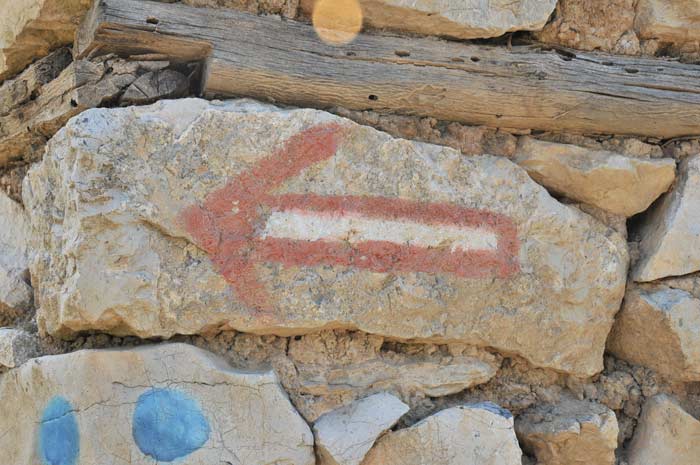 Another sign, though often deviating from the system, but always so striking that you easily recognize orientation. 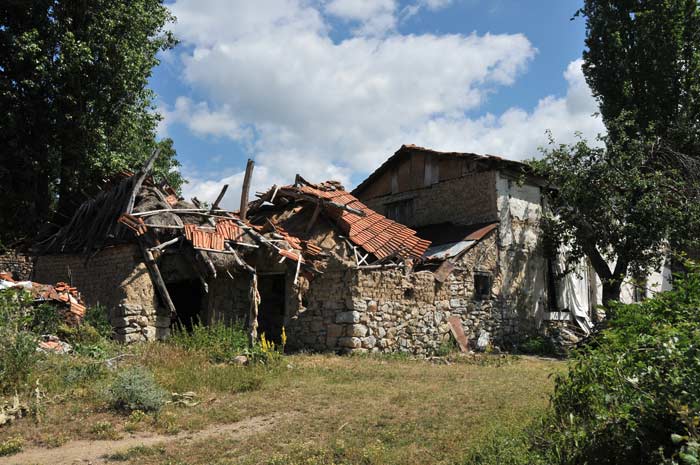 Another decaying house on the wayside. 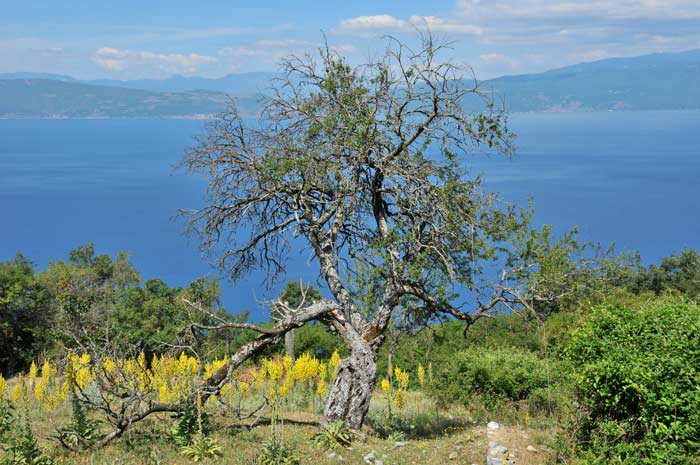 Then again, the view of the lake. Since the water level of Lake Ohrid is already on 580 meters above sea level, the surrounding mountains of Lake Ohrid do not give an impression of great height. 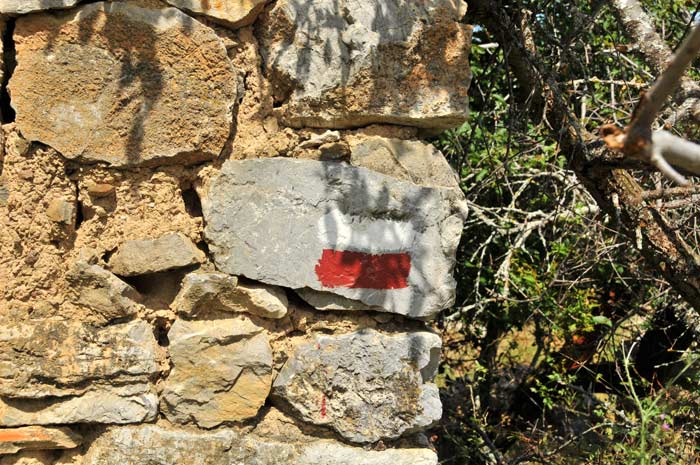 However, the highest elevation, the Magaro, is after all a proud of 2,255 meters high . 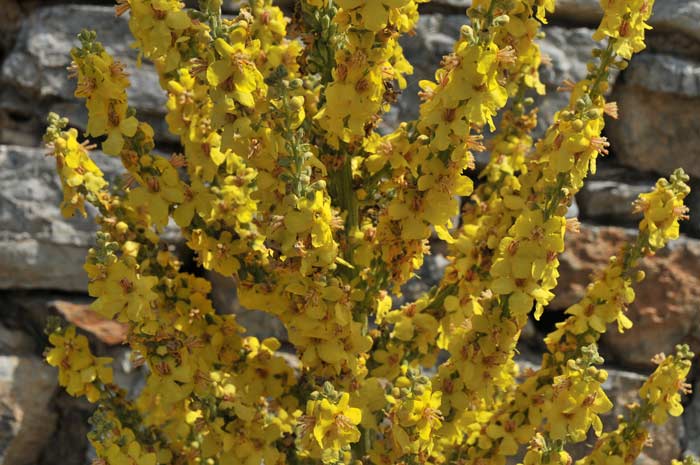 The view is always fascinating. On the opposite bank to see belongs to Albania already. 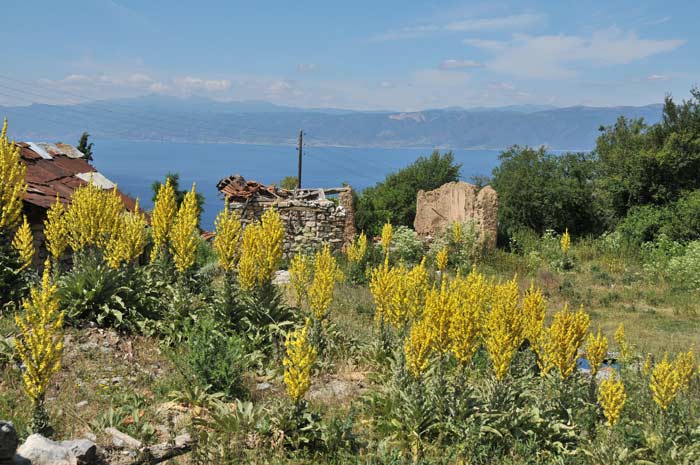 Here on the hills the front between the troops of the Entente and the Central Powers ran in World War I; through the middle of the Galicica Mountain in the years 1916-1918. 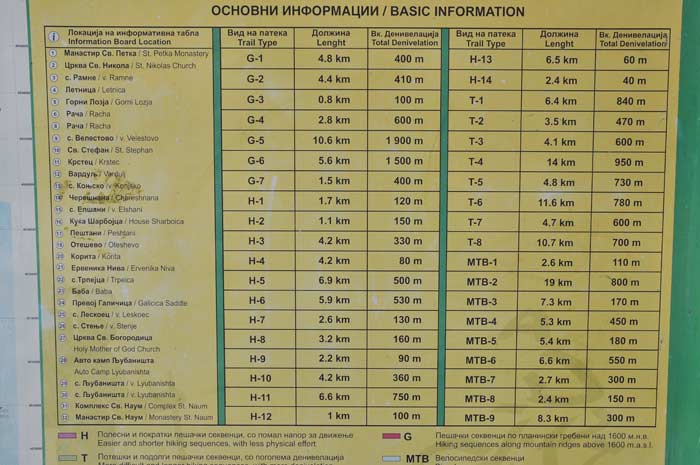