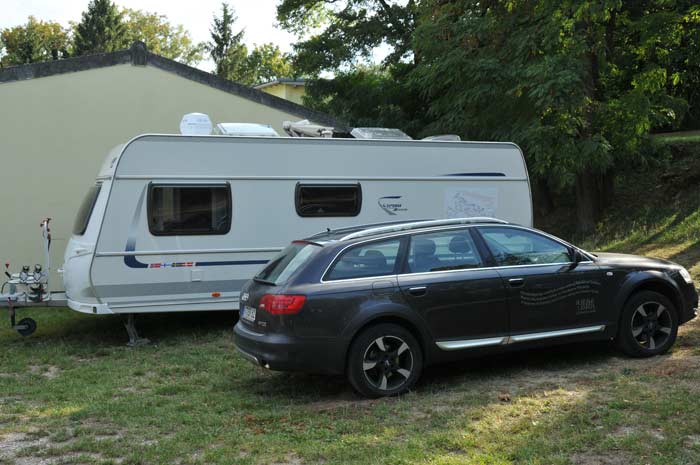 Within the framework of our project "A journey of Intimacy and Culture along the Roman Roads" we were invited by Dr. Robert Krickl, the organizer of the festival "Roman Days" to Brunn am Gebirge, another topic was to talk about his scientific studies on Roman finds and their significance for human life in Brunn. 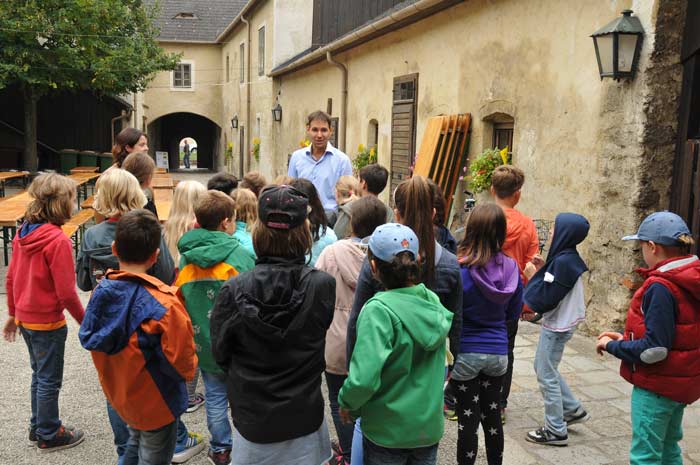 To the attentive reader the name of Dr. Robert Krickl is already a household name, because every now and then, we reported on some of his activities, which he, as he himself calls it, sees in the exchange of scientific knowledge into everyday language for the benefit of all, especially young people. 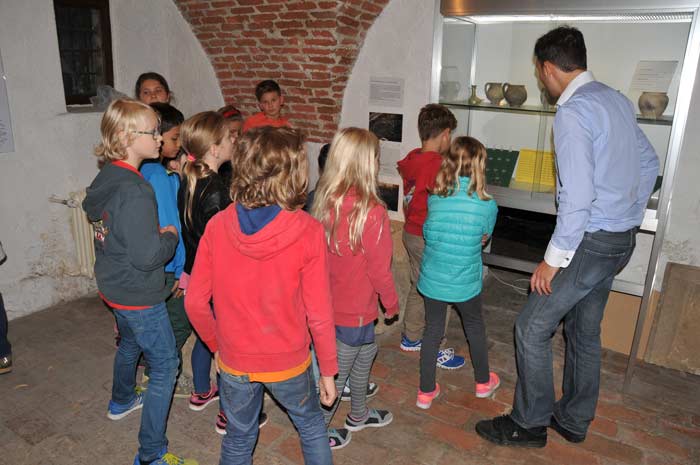 No wonder, that he begins his Roman Festival with visits of school classes to the small museum of Brunn, where you'll see some finds of the region, have led to the really interesting findings and further research; so for example, for Egyptian blue, one of the first artificially colors produced by the Romans. 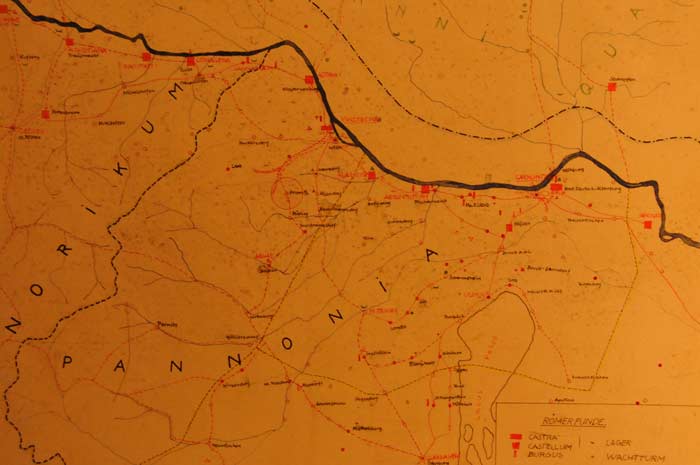 In 15 BC, the stepsons of Emperor Augustus, Tiberius and Drusus, were venturing out on their Alpine campaign to the region of Brunn. Soon after the provinces´ venture, they began to built roads and utilities (Villa Rustica). 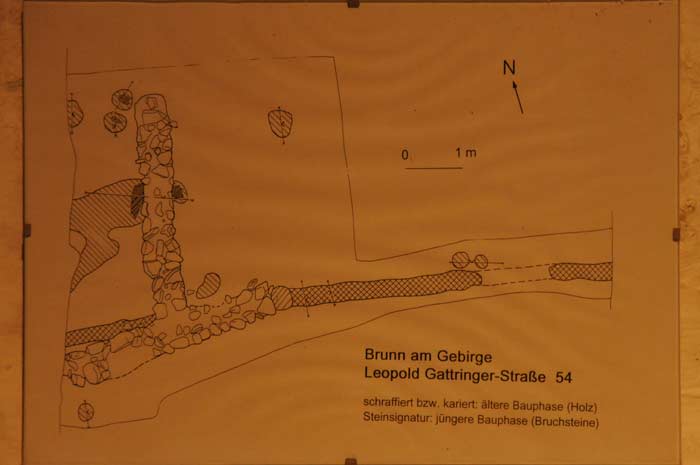 In winter 1967, within a smaller archaeological research at the construction of a terraced complex in the Leopold-Gattringer-Straße 54, the foundations of Roman stone buildings were found with remains of older wooden buildings at a lower level. 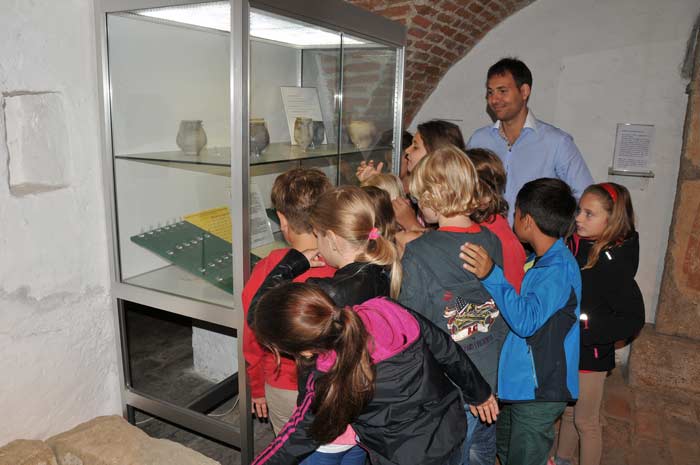 Latest at the beginning of the 2nd century AD, in the area of ​​an earlier settlement of the Late Iron Age (1st century BC), either a village (Vicus) or an extensive estate (villa rustica) on the road from Vindobona / Vienna to Aquae / Baden was built. 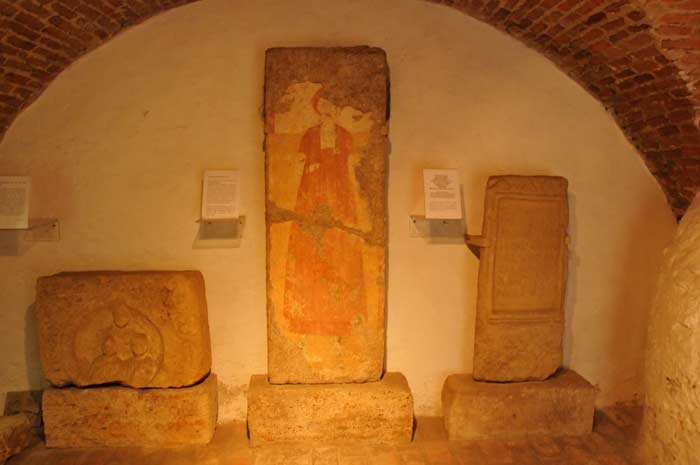 Already in 1867 researchers had discovered the remains of a water pipe system to Vindobona. 1963, during the construction of the Julius Raab settlement in a waste pit, Roman ceramics from the 2nd or 3rd century AD were discovered. In 1967 during excavation of a building in the Weidengasse one coin of Aurelian (270-275 AD) was found. 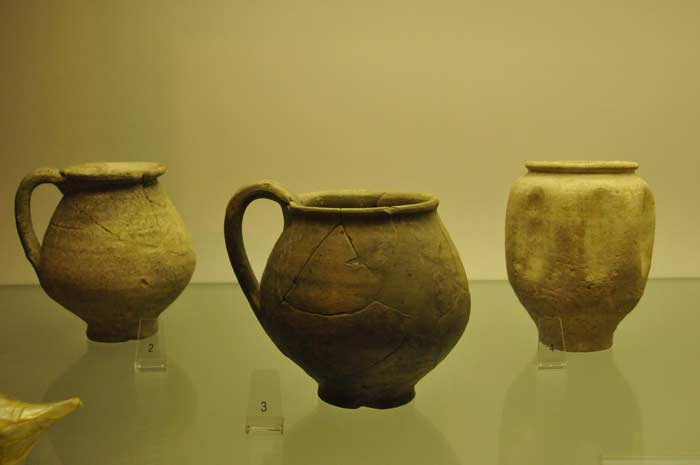 In the picture slabs from the 2nd / 3rd century AD can be seen. The grave Portrait of an indigenous woman in polychrom painting on mortar base is a rarity, which is unique at least in Austria. 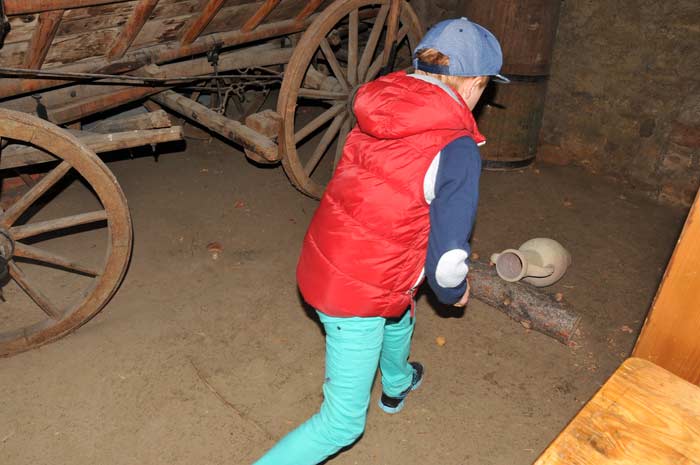 The Roman settlement existed until the 4th century. Thanks to the light finds in Brunn, there is a prove of Roman occupation of the site since the 2nd century, which also means a confirmation of the course of the Roman Empire road from Vindobona to Aquae along Brunn am Gebirge. 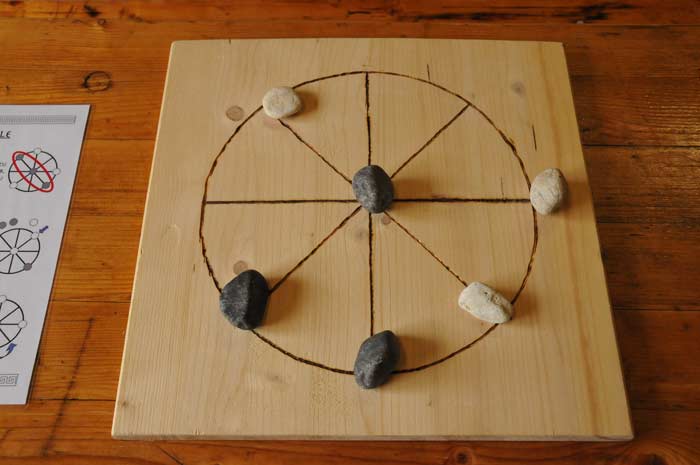 Of course, the introduction to the Roman time is offered in a playful way to the students, so they can choose between times to relax and spend at different games from the Roman period. 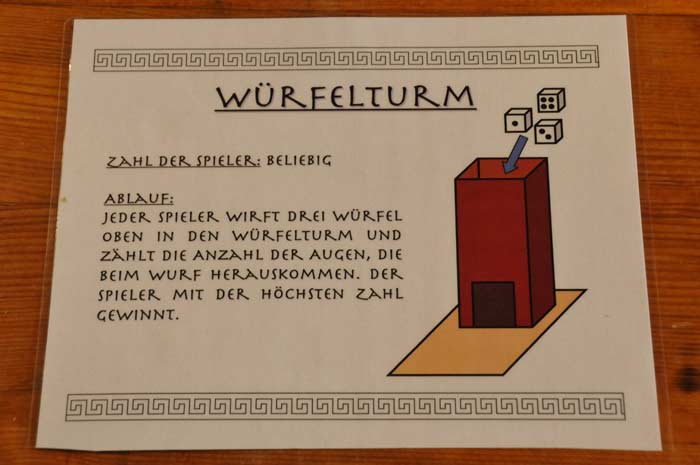 In addition to the cube tower there was the precursor of our modern mill game board game as well as a skill-throwing game, where walnuts must be thrown into the narrow neck of an amphora. 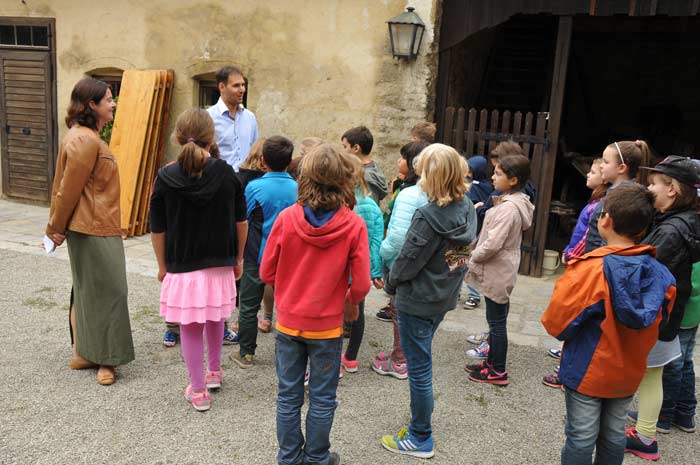 Yet taken place in the adoption of the respective group of students an invitation to the Roman Days on Saturday and Sunday, placing students in a kind of ambassador function: Now it's their job to give the acquired knowledge to parents, siblings or friends.
A successful start to the Roman Days in Brunn am Gebirge.

History Travel in the Capitol of Arts