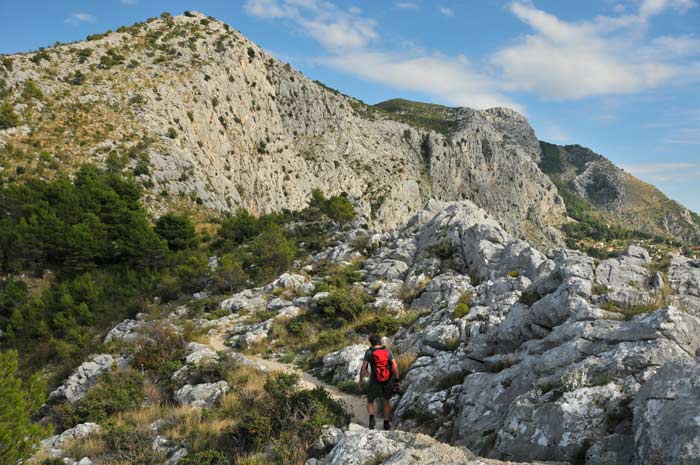 After an extensive photo break, a small lunch break and quite interesting discussions concerning the development of walking routes in Omis, it was time to make the return journey. 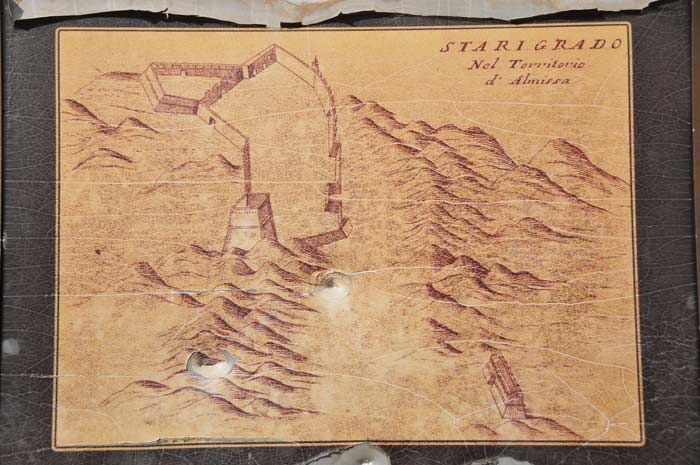 An old, slightly battered sign pointing to the fortress Starigrad, attracted our attention. 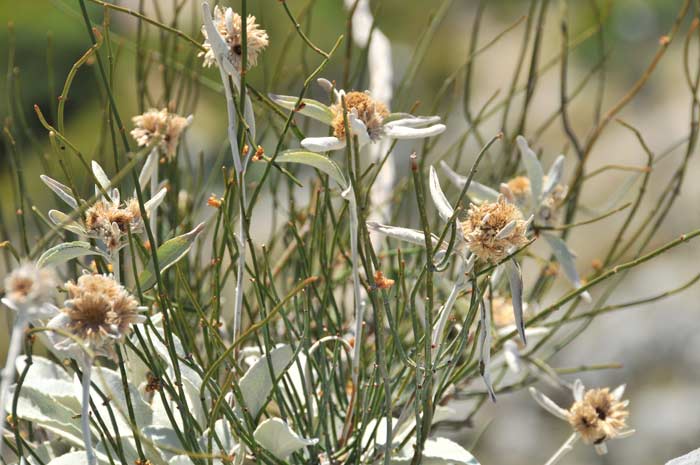 Of course, we wanted to continue even some "encounters" hold the wayside, so that it was not to continue with normal walking pace. Almost withered and yet still beautiful: the edelweiss. 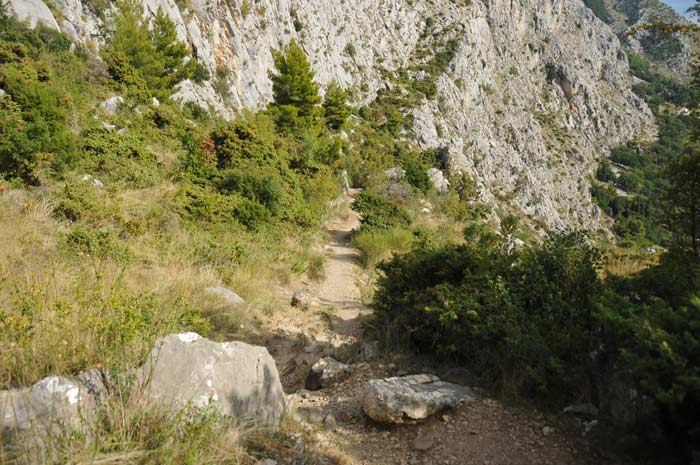 First, the descent was quite easy, because the path was well developed. 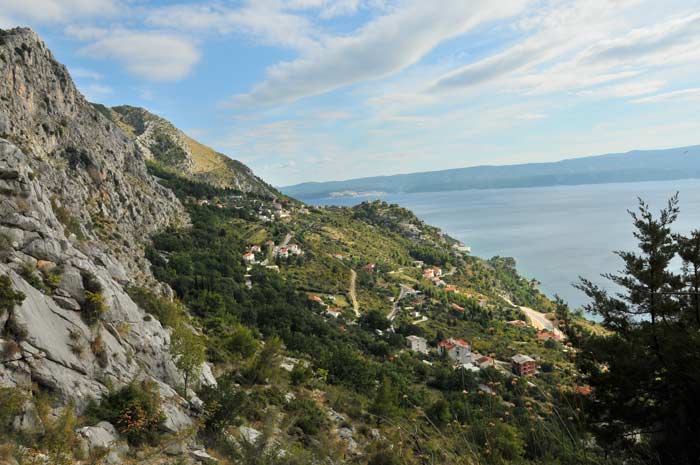 Again and again we admired the views of the coastline, the surface reflections of the water caused by strong winds were a real spectacle. 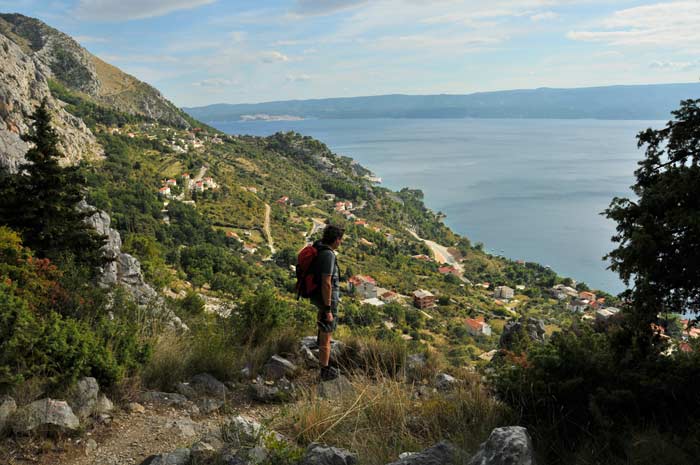 No wonder then that time and again photo breaks were inserted.

Now the way forked, right down to Omis or further up into the mountains, a hiking path that leads to Lokva within 4 hours, a next target was identified. 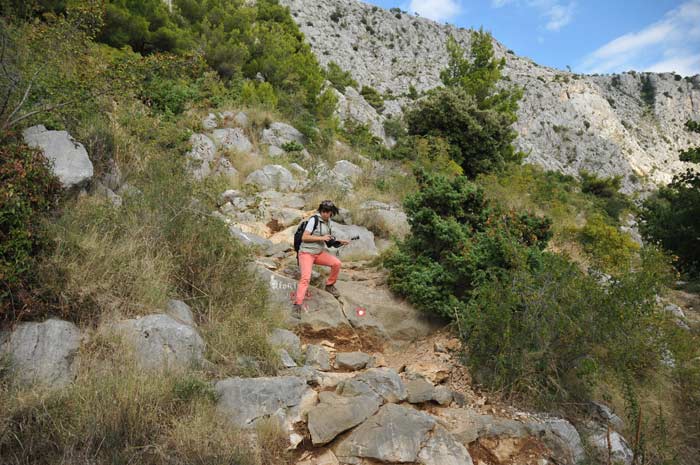 For today, however, the further descent was announced, which sometimes should also prove burdensome. At least a little practice and good footwear are prerequisites for such paths. 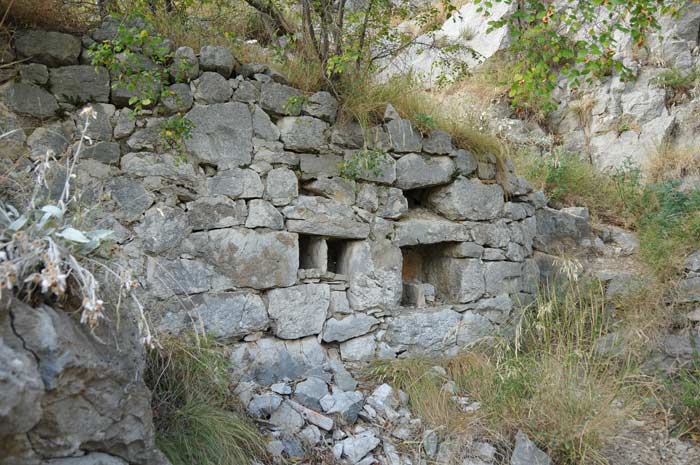 A little later we reached the ruins of the ancient stone houses that were once the starting point for the colonization of the town Omis at the mouth of Cetina. 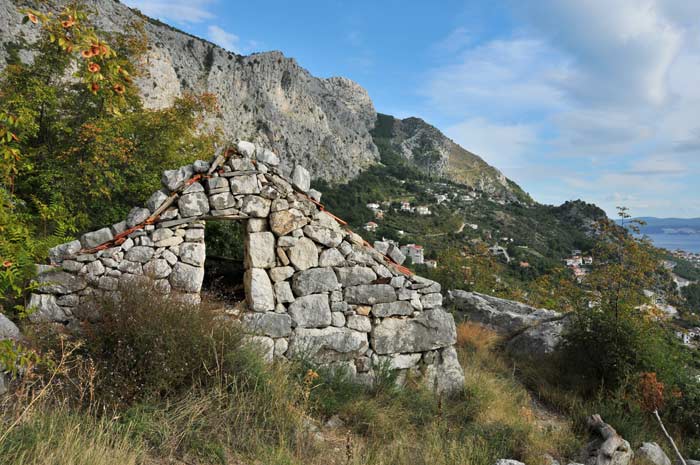 Lots layered, but carved stones were the building material of the settlers above Omis. No plastering, no mortar made for wind protection. A majority of the used stones originates certainly from far older buildings - Roman origin? 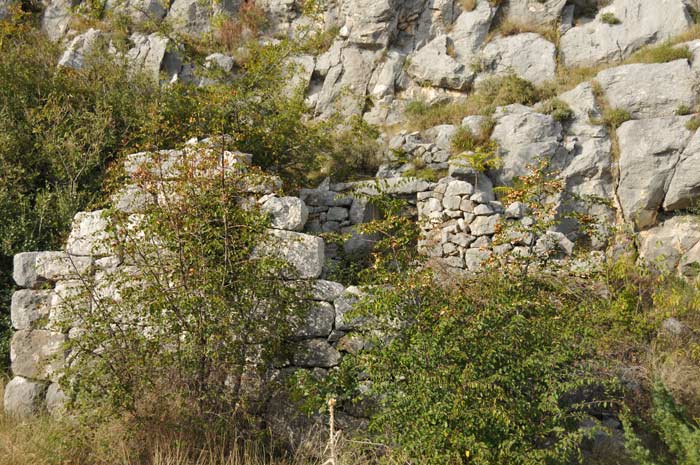 On the remaining brick remnants it reveals itself, the houses were not yet left infinitely far back in the past. 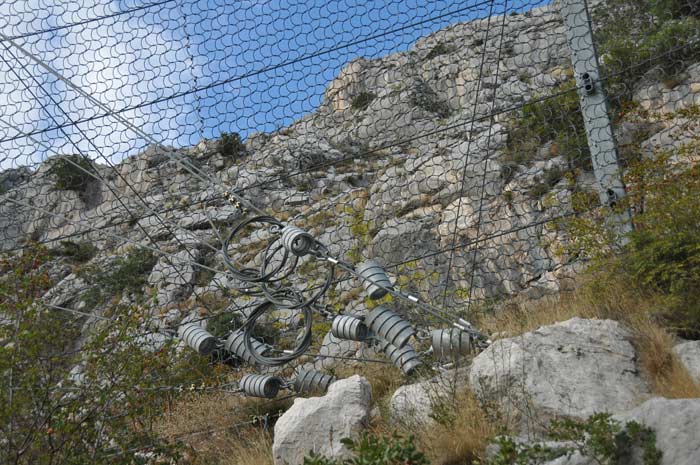 Now we meet massive fences which are to preserve the place from falling rocks. 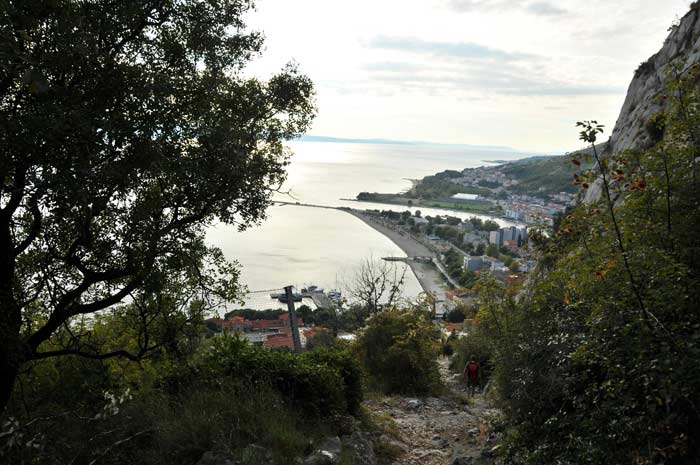 And almost the starting point of today's hike is reached again ....... 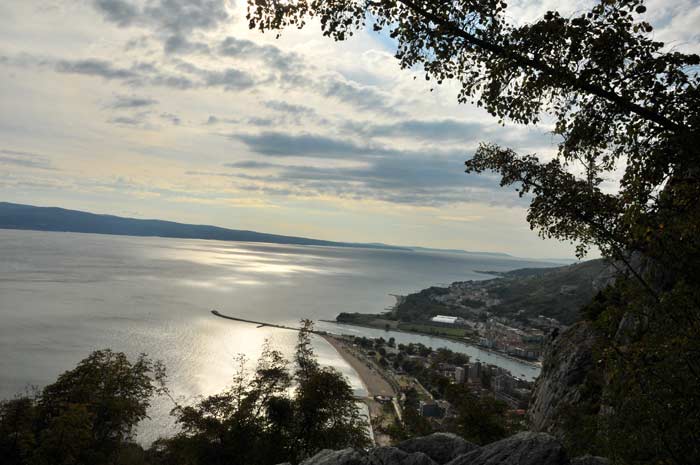 Hike to the medivial fortress of Starigrad

Exploiting for Sveti Jure on 1.762 meters