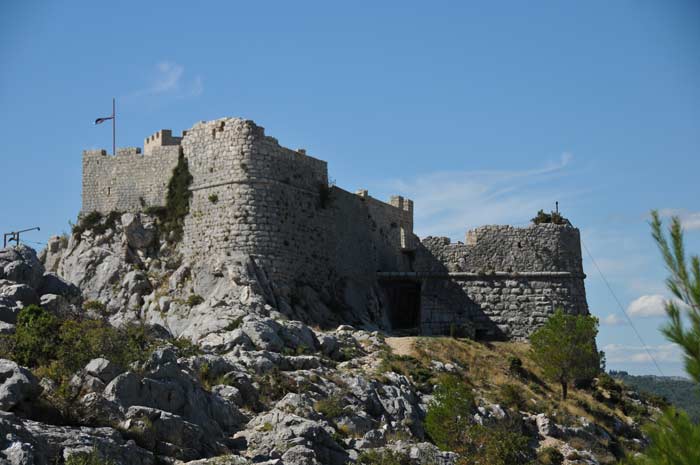 Today again there is a hiking destination on our schedule - the medieval fortress Starigrad, which is located high above Omis which offers splendid views over the coastline and the mouth of the Cetina River. 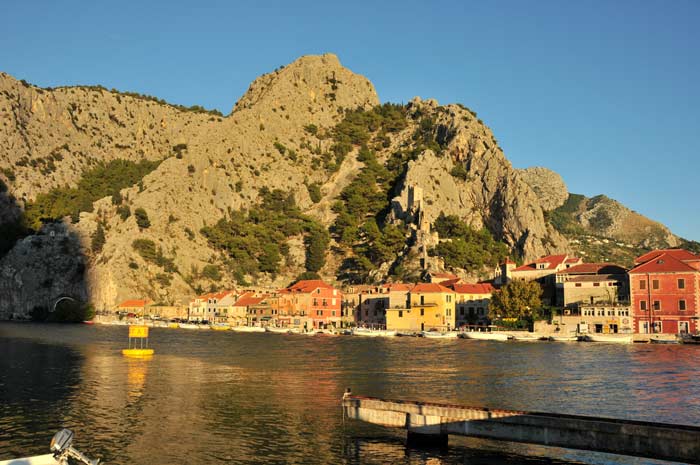 From the campsite we first walk along the harbor, then cross the bridge and follow the river Cetina until we reach entry into the hiking path after the first tunnel. 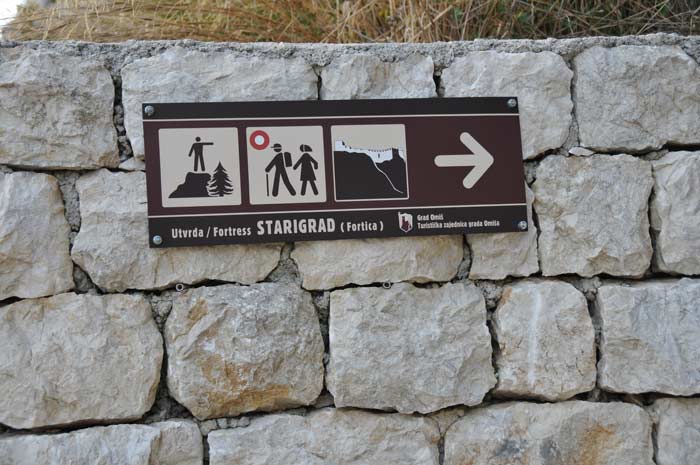 The trail to the castle (here often named with Fortica) shall begin after the first tunnel on the right, just past the parking lot and get into the well marked trail. As a special mark the sketch of the castle is added. 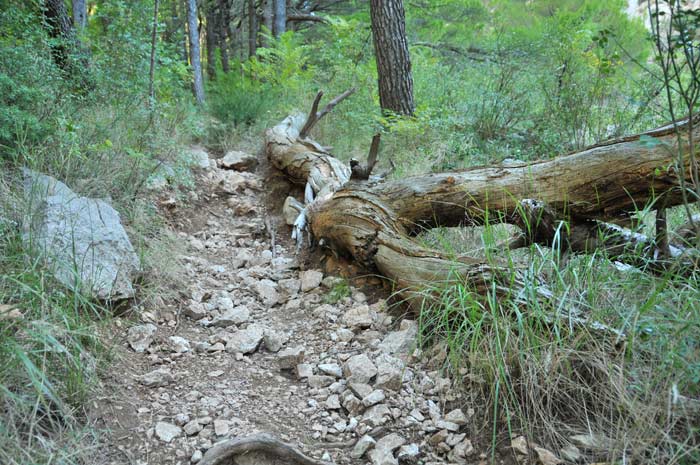 The rise up is not entirely easy, because on very steep paths and gravel, stout footwear is essential, too great is the risk of an injury from slipping. 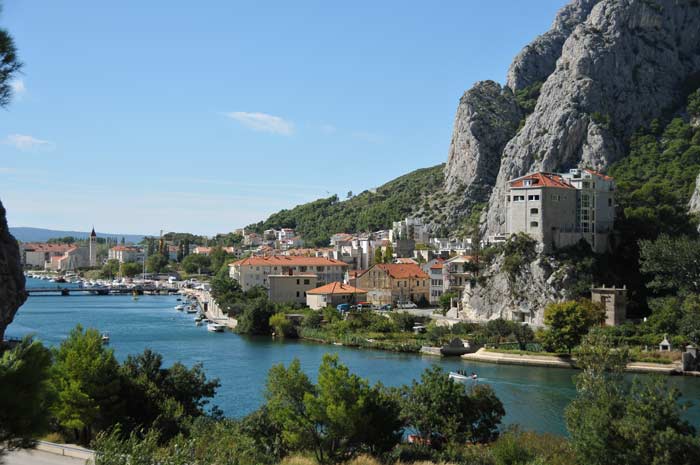 However, the trail already provides the splendid views of the Cetina and high above, of course, to the fortress. 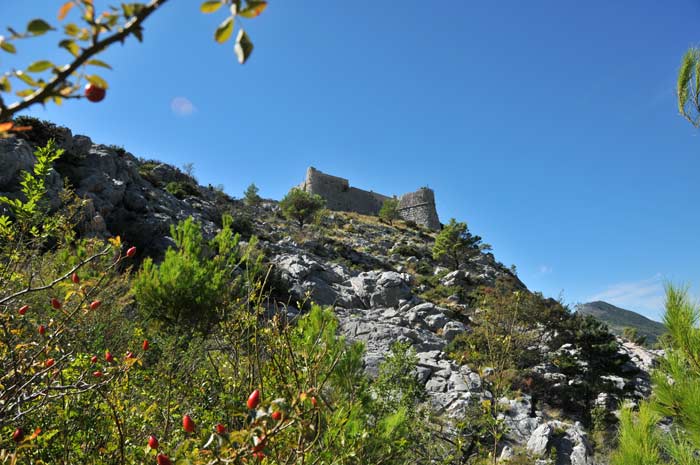 The fort itself was built in the 14th and 15th centuries on the existing foundations of prehistoric layers and from the Roman period, first as observation place for enemies, later on pirates established here. 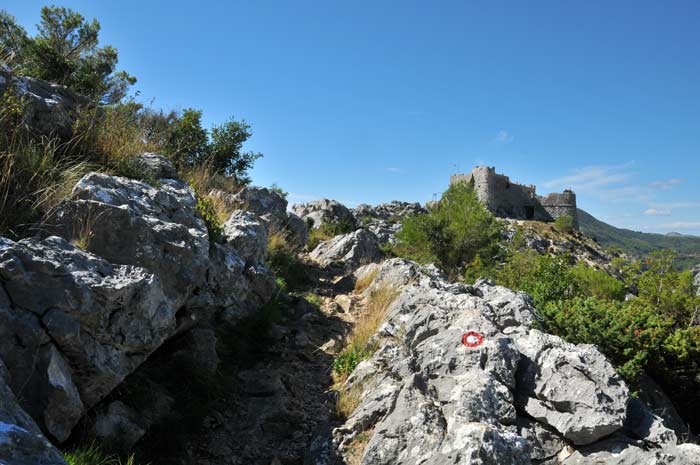 With the conquest, better takeover by the merchants of Venice, the function of the fortress changed. Now it served primarily as a protective fortress against the Ottomans who had occupied the whole hinterland next to the river Cetina. 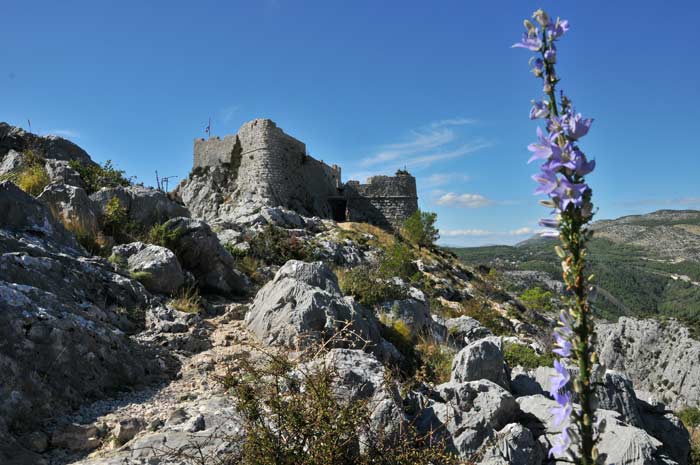 Further fortifications were added at the time of the Turkish wars in the 16th century, including the two triangle-shaped bastions. 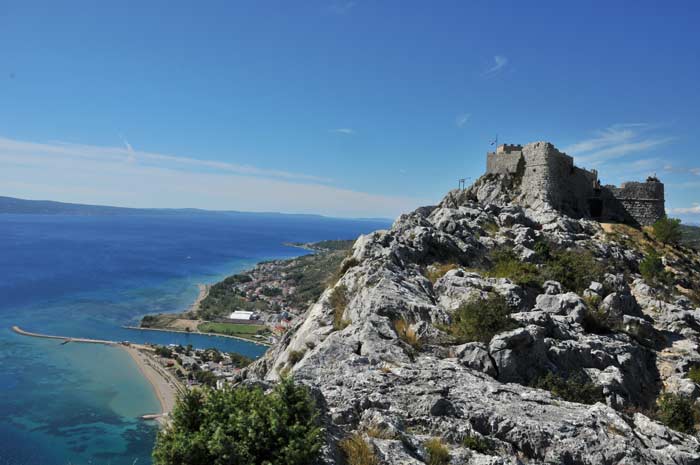 Now we have almost reached the fortress, but before we climb the rocks on the left and ........ 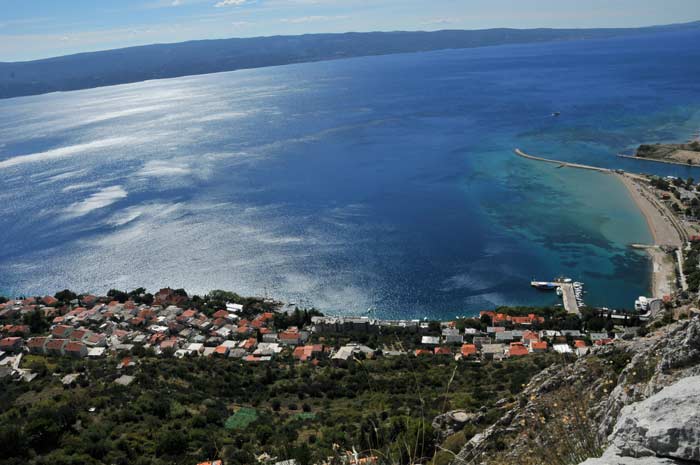 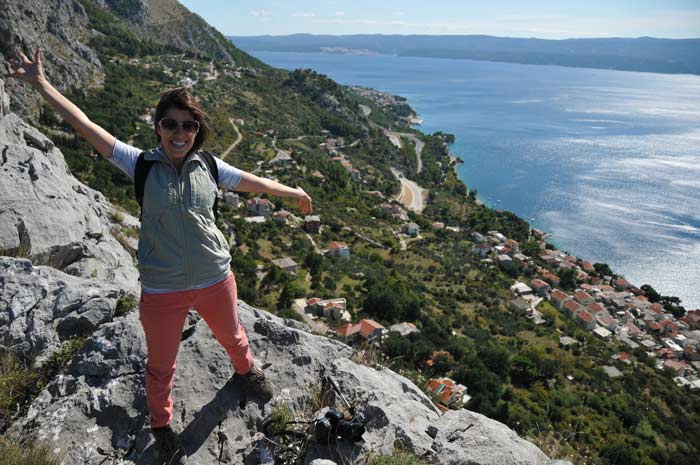 without any words, just get the view. 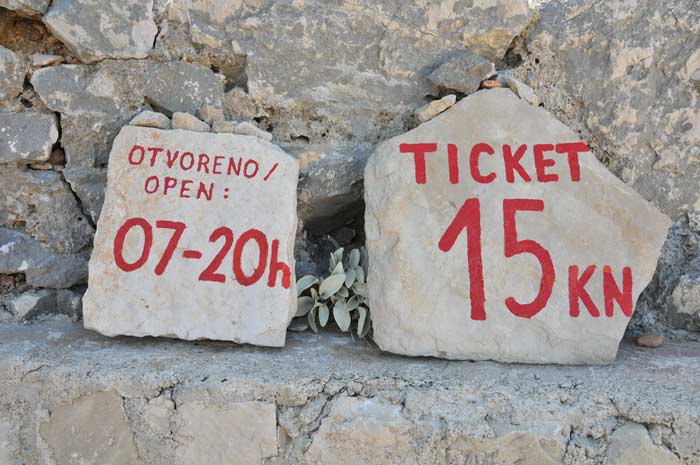 A little later, in the castle, we meet two administrators who are responsible both for safety and for the collection of the entrance fee. 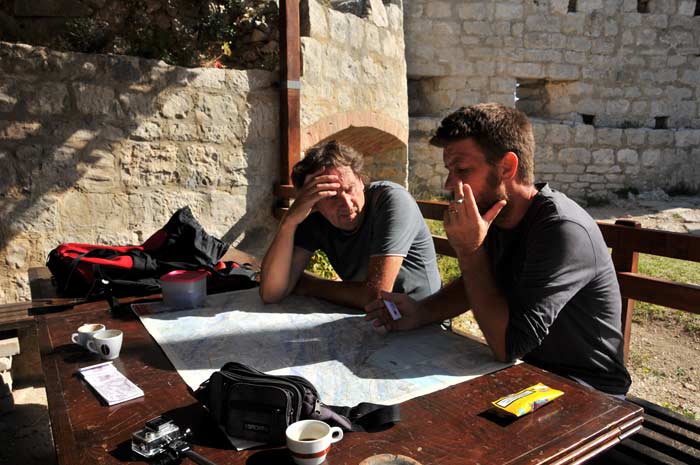 A little later we learn in a lengthy discussion, that the town Omis has left the castle to the local mountain club to "profit from the fortress", which, however, they also have to take care for the restoration of the castle in return. 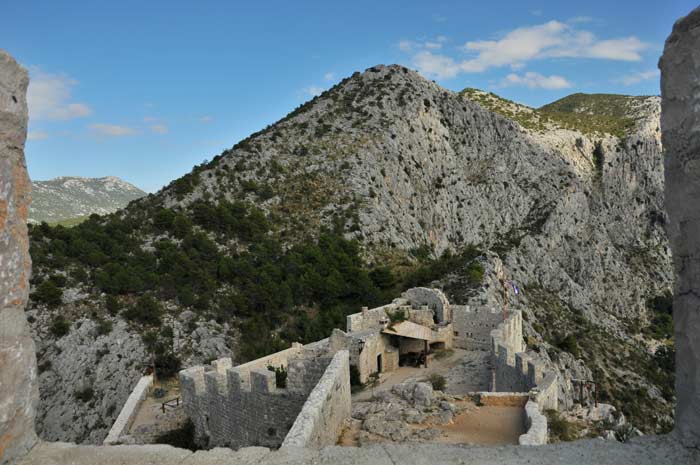 However, target of Mountain association is the further expansion and maintenance of the mountain trails, so the idea from admissions to the castle is the construction of a guest house and information centre next to the trail. 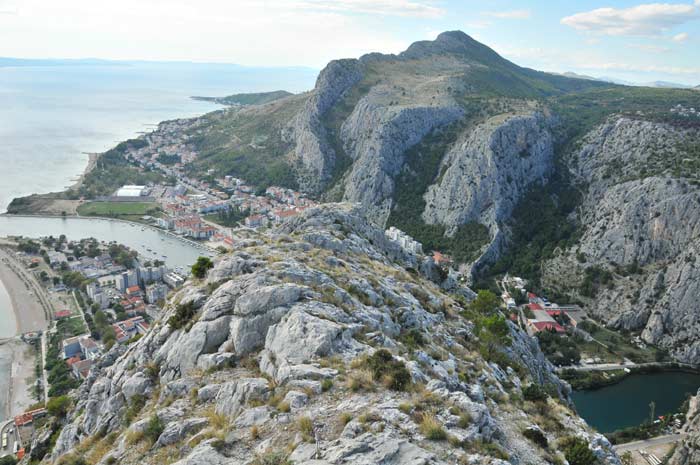 We received an invitation to a meeting later in the location of Info house, which is scheduled for the coming weekend. We will see if we are still on site.

Exploring for Sveti Jure on 1.762 metres