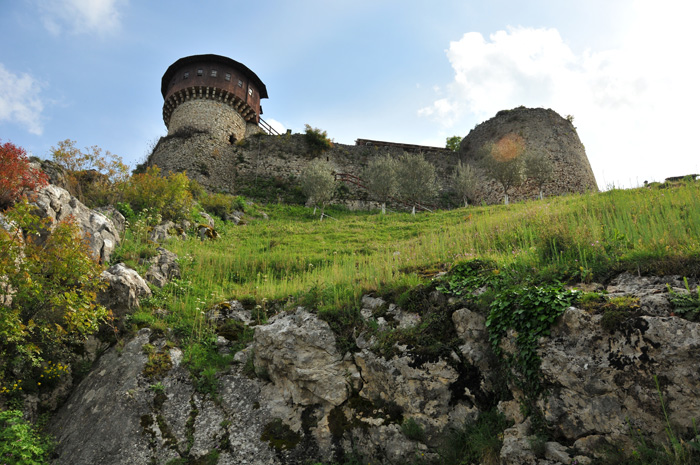 Despite the lost character of an actual castle of defense from the time of the Albanian national hero Skanderbeg, we still found some of the details in the castle. 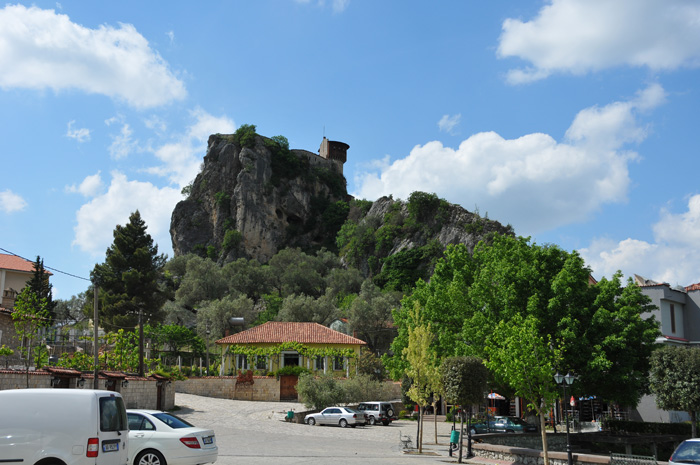 Our companion Florian from the Camper Stop at Hotel Baron was not getting tired, despite the strenuous hike to the Pellumbas cave, to explain further details on the history. 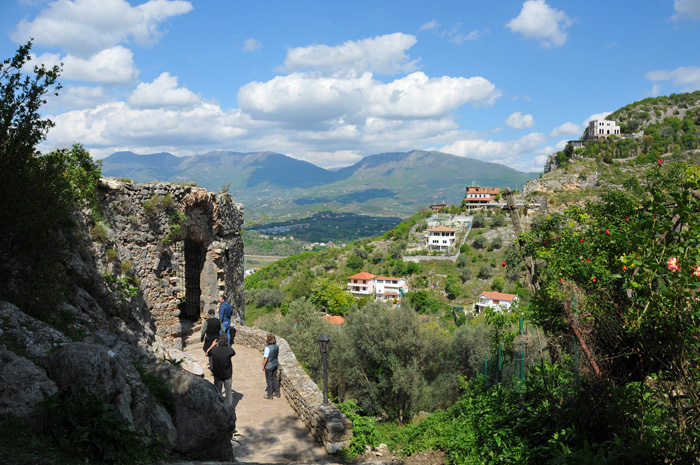 Already at the entrance portal different stones pointed to predecessor attachments, which had been expected from us already. 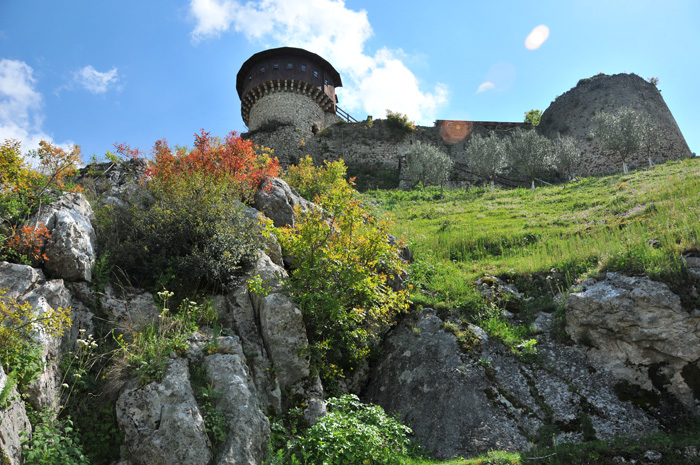 Thus, a signpost had also referred to remains of an Illyrian fortress, here at the Petrela castle, the Romans were already active, as should be shown. 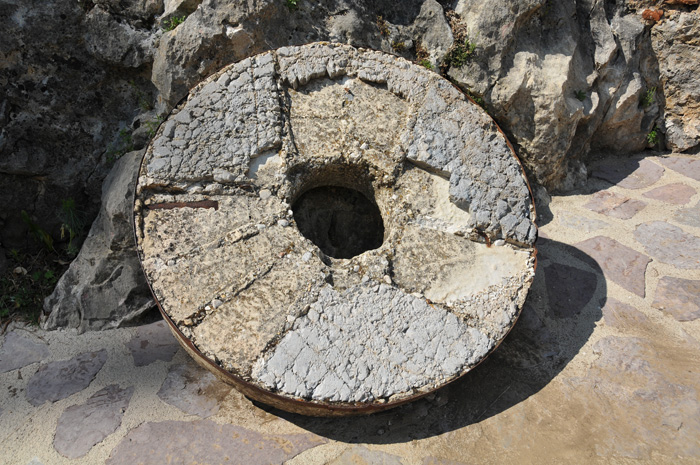 A millstone on the way was then rather an artifact from the recent past. 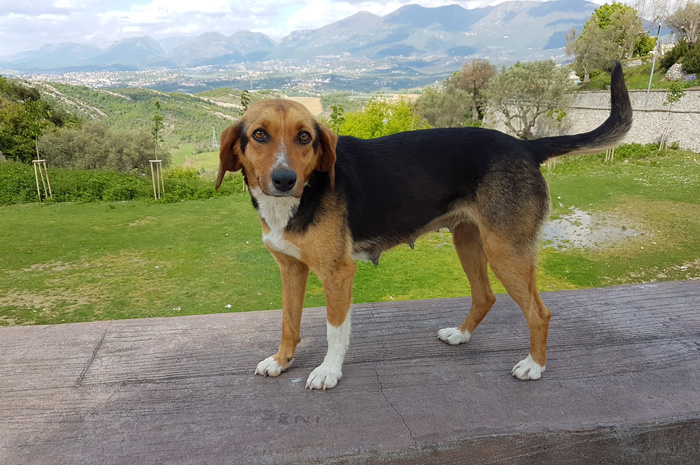 We had also found a companion. As is often the case in southern countries, mongrels like to join small groups of visitors. 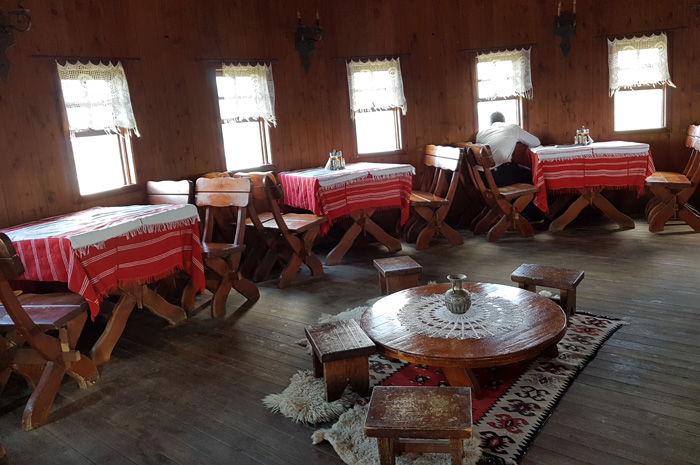 The small restaurant room, historically and culturally mislaid, nevertheless indicated a coziness, so that one could accept the structural renovations as faux pas. 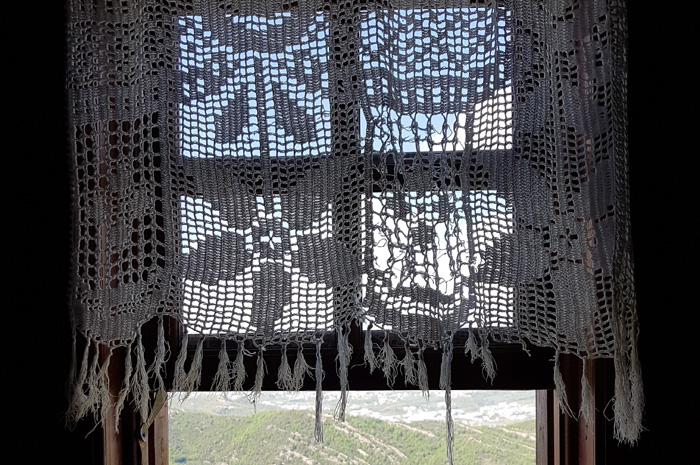 This also applies to the crocheted curtains on the small but fine wooden windows. 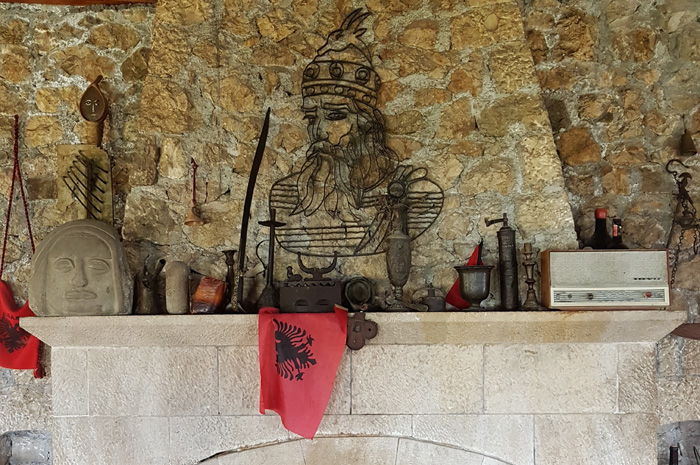 Above the fireplace was a portrait of the national heroe, and an image made of thick wire on the chimney convinced by its craftsmanship. 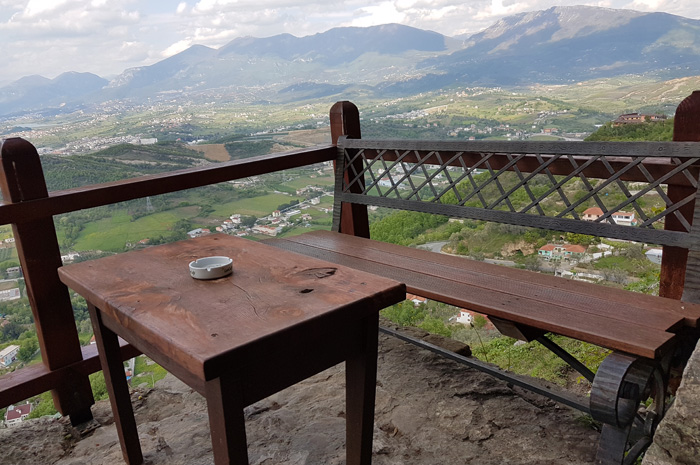 In the outside area there were numerous cozy niches, so the guests often had difficulties with the choice of place. 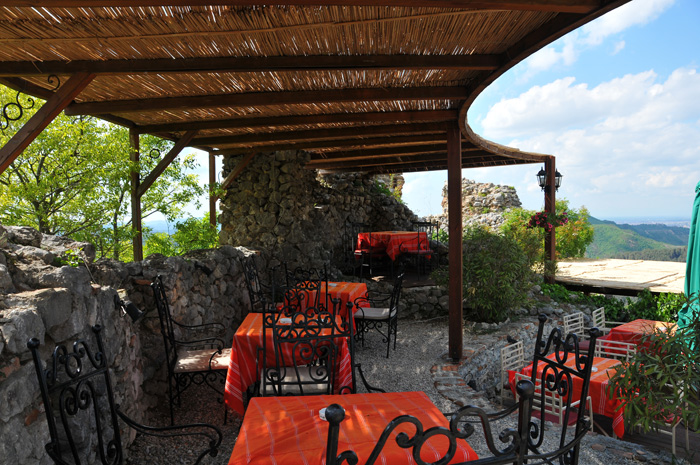 Sometimes it was a small couple of seats directly at the castle walls, ..... 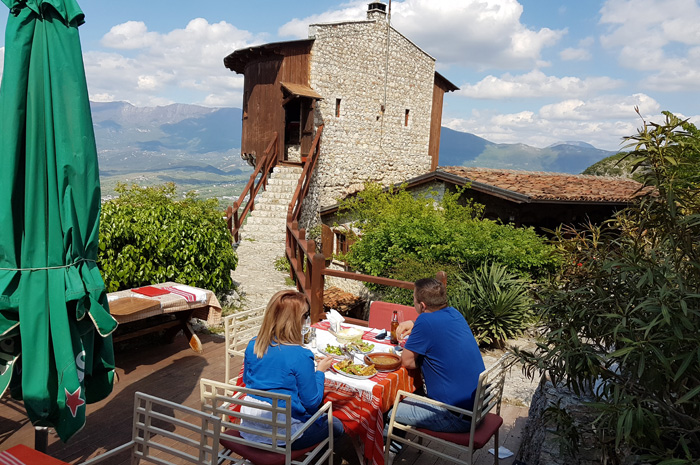 ..... then a group of small tables and chairs for a larger group to enjoy a coffee or a meal, 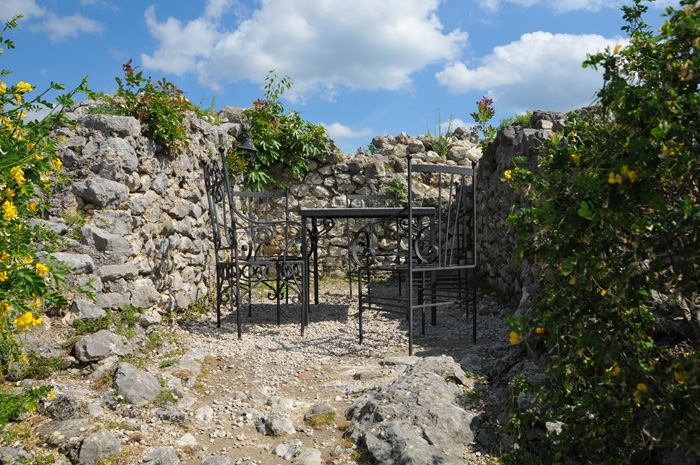 which was served at larger table groups in the castles yards. 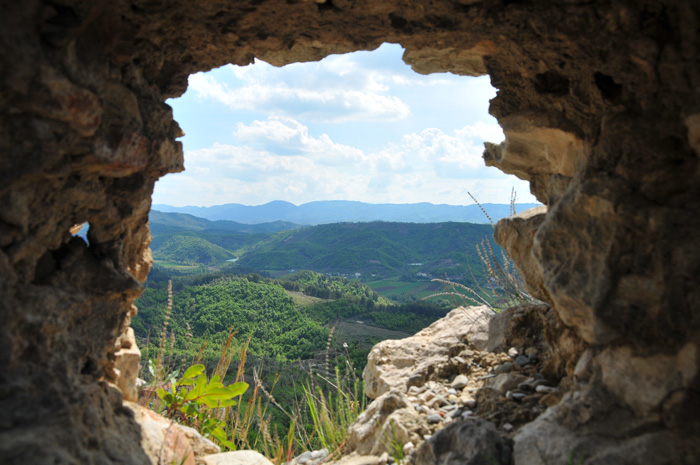 The view to the surroundings landscape was, from whatever angle, always worth doing. 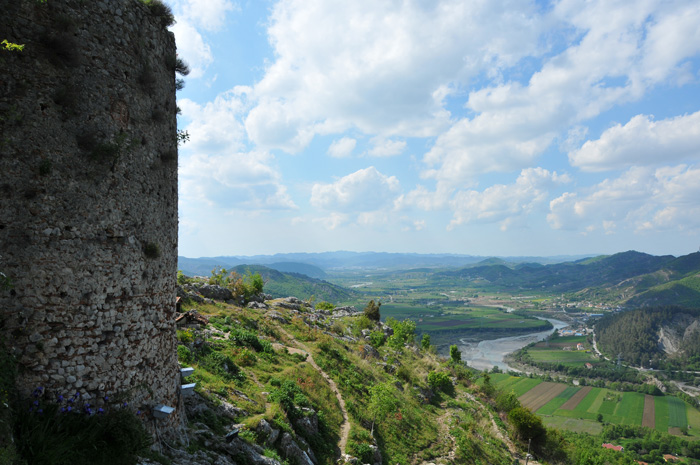 The scenery is gorgeous green, and nearly unbelievable, in the immediate vicinity of the city of Tirana. 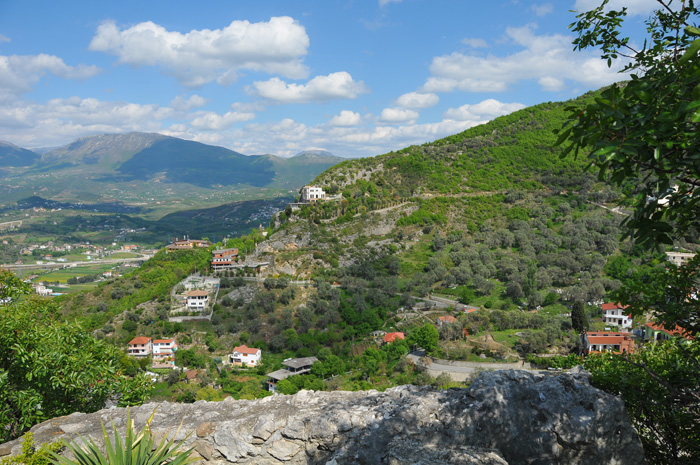 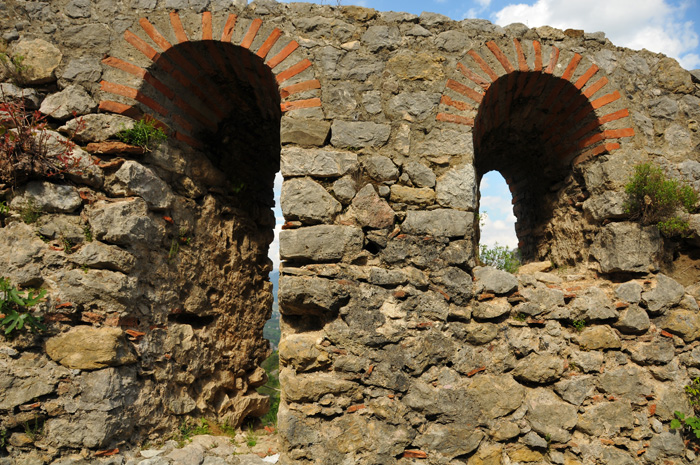 Durres on the Via Egnatia - city tour and Roman history