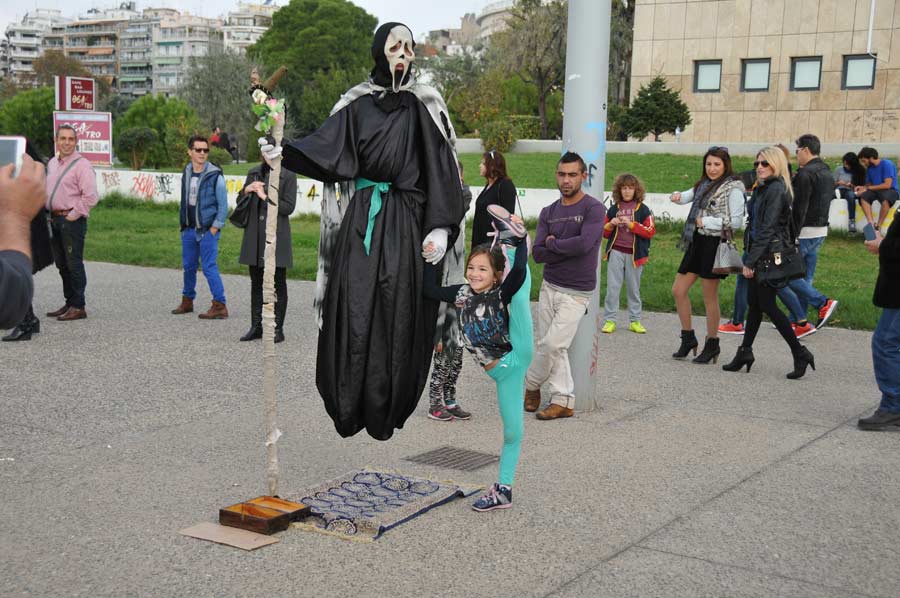 Upon completion of the parade on the occasion of national holiday, we wanted to use the autumnal sunny weather even for a walk into downtown of Thessalonica along the shore of the bay until White Tower. 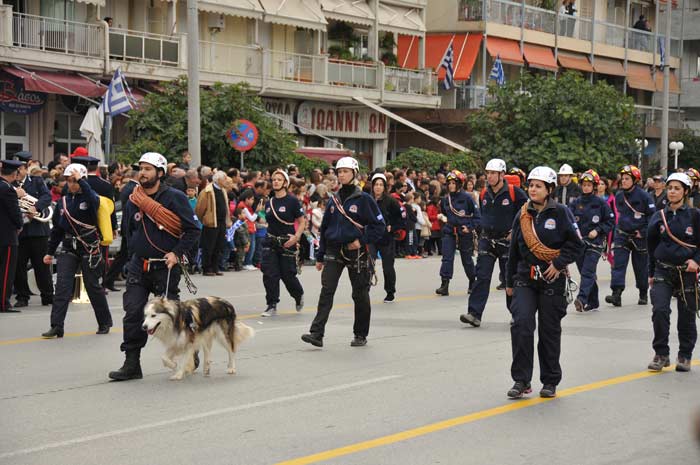 Many residents of Thessalonica probably had similar thoughts, since the real beautiful waterfront was heavily frequented by walkers and cyclists, what some street performers knew how to use as well. 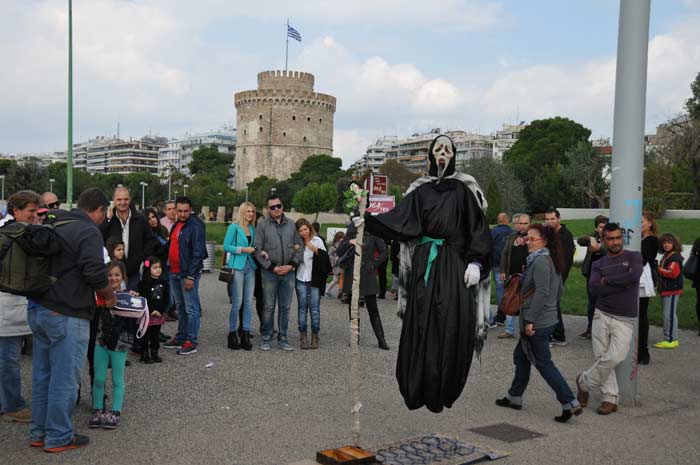 The carriages have again been very busy, which meant another busy day for tourists ships as well, everyone wanted to enjoy warming sun again. 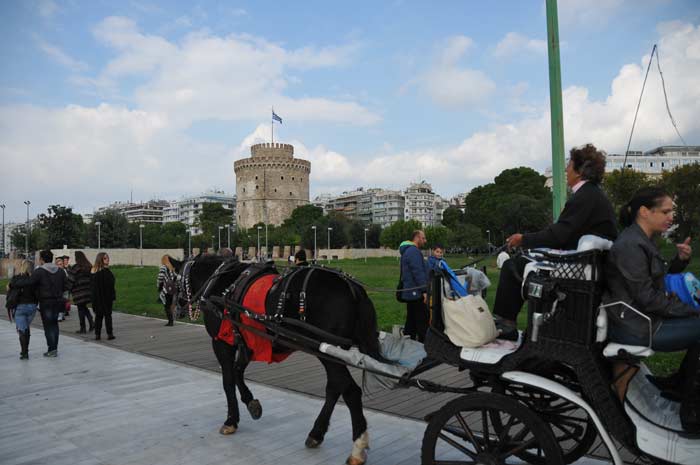 By some quiet road passages we went up to the modern Via Egnatia, the main road, that leads across Thessalonica. 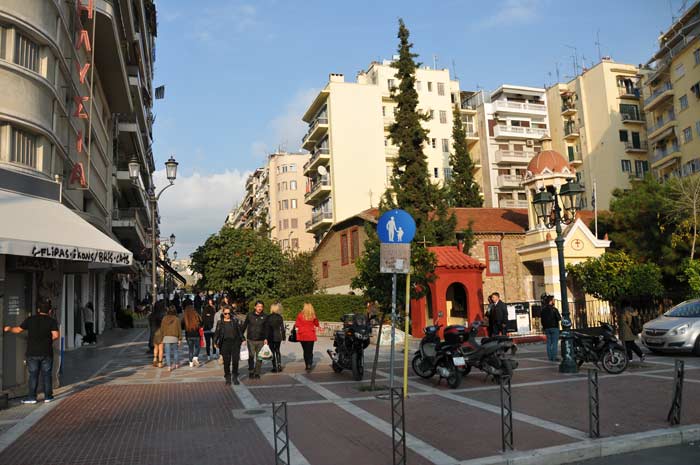 In a part of the modern Via Egnatia, they have dredged up the road onto the foundations of the Roman Via Egnatia and thus gain an insight view into the technical construction of the ancient Romans road. 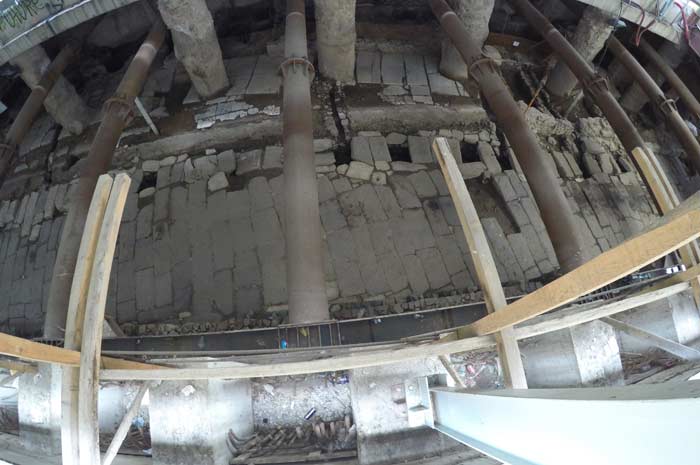 From here we walked the few yards to the Agora, the Roman period reflects, in general terms, an overview of the business life of Thessalonica. As can be seen in the excavation of the ancient Via Egnatia, the surface during Roman times was about 4 meters below today's street level, which also applies to almost all the other Roman buildings. 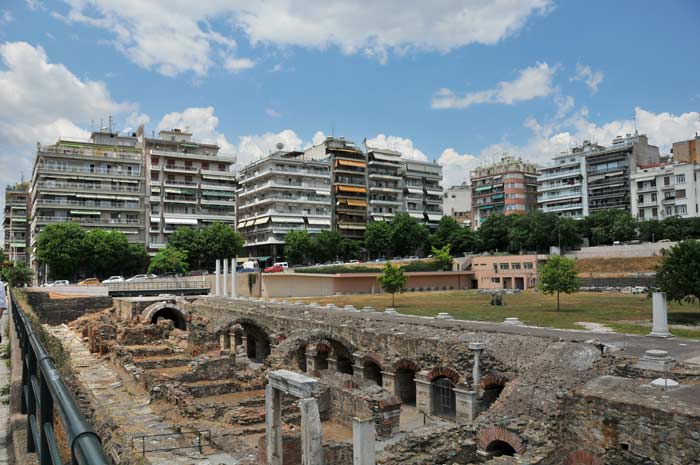 Here's a look at the really impressive design of the former city or triumphal gate on the Via Egnatia. It is always fascinating to consider the filigree work of ancient stonemasons. 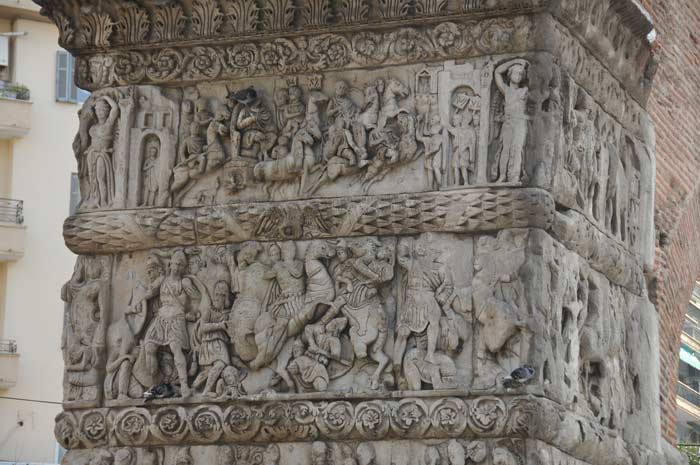 The ancient monuments are centrally located in different locations, so easy to reach almost every square foot (see sign). Alternatively, the bicycle is recommended, because there is a good network of cycle paths (we had already explored). 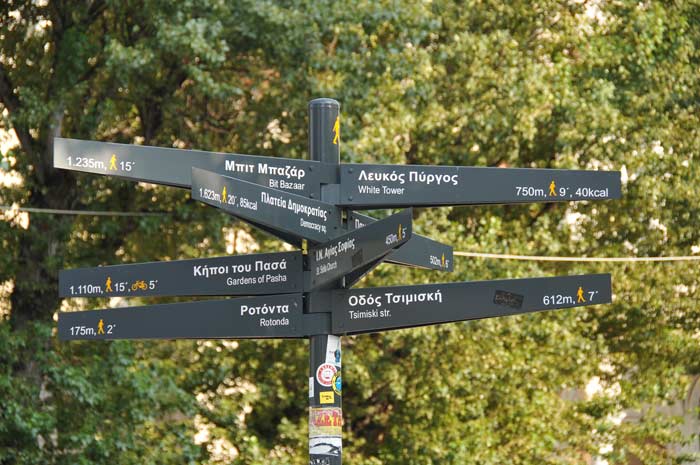 In some places, we met the street musicians of diverse constellations, here with bagpipes and drum that could motivate diverse audience quickly to listen and therefore even able to generate some revenue. 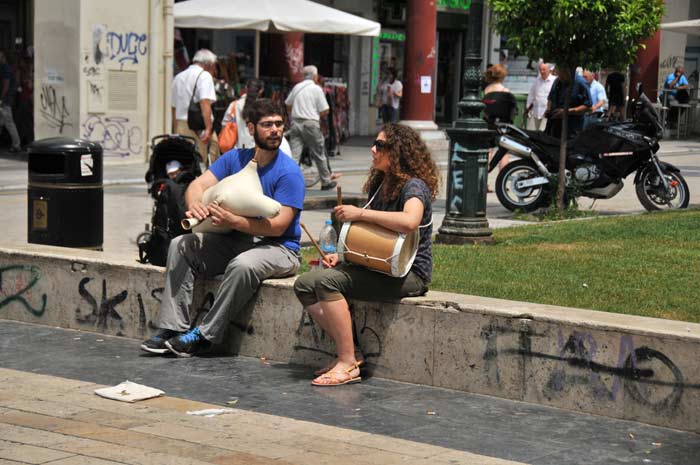 Directly on the "Arc de Triumph" you will find this model to explain the archaeological remains. Clearly visible next to the Basilica and the former stadium are the city walls. 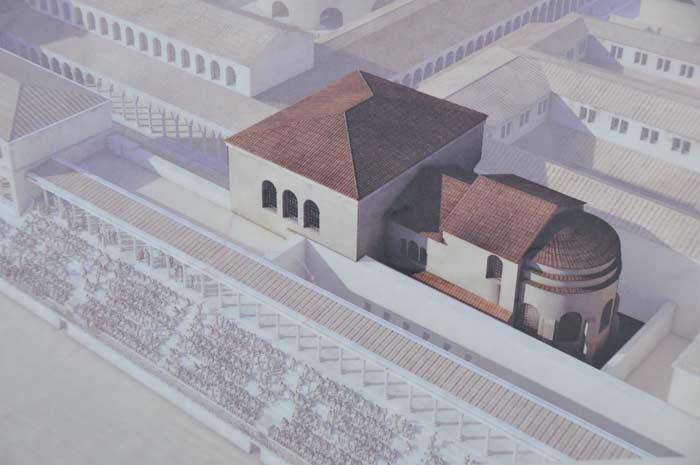 After visiting the Rotunda, which is, however, just been extensively renovated, we went back to the car park, which let us also pass the equestrian statue of Alexander the Great. 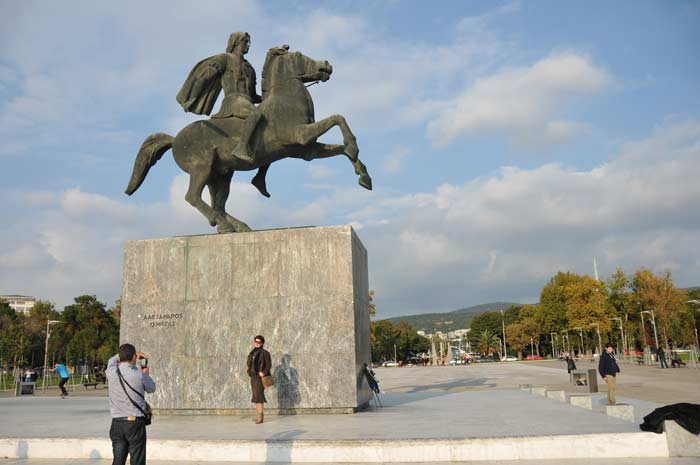 Again more buskers, of which the musicians shown in the picture shows very special manual skill in the use of three instruments at the same time. A true artist. 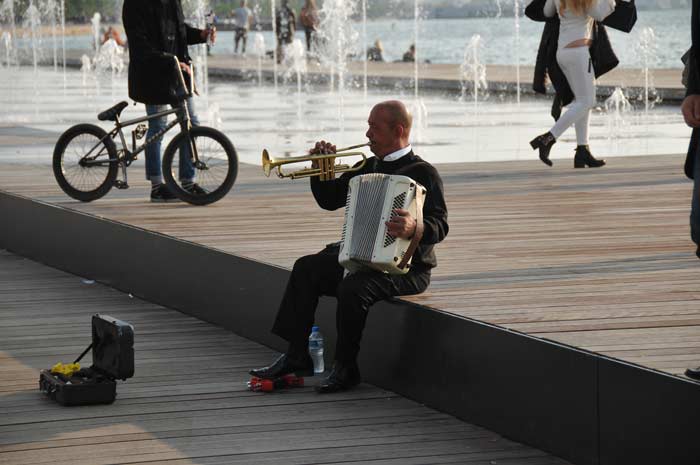 Even the fountain in front of the monument of the umbrellas once more attracted many people, despite late afternoon with less sunshine. 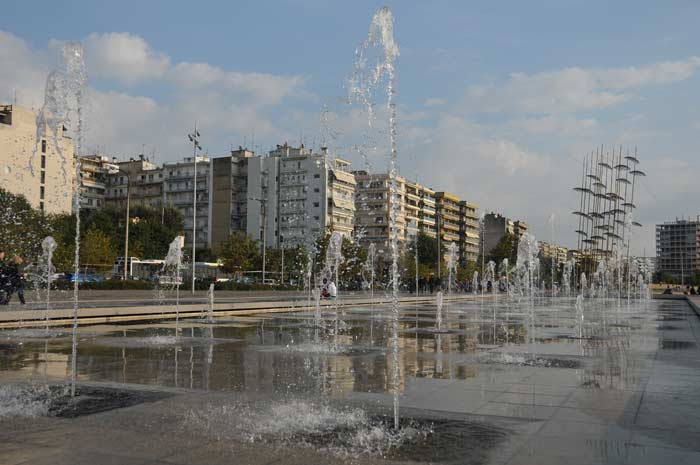 One last photo of today's busy day (and the first parade ever) heralded the way back: an tourist boat in spectacular light reflection of the setting sun. 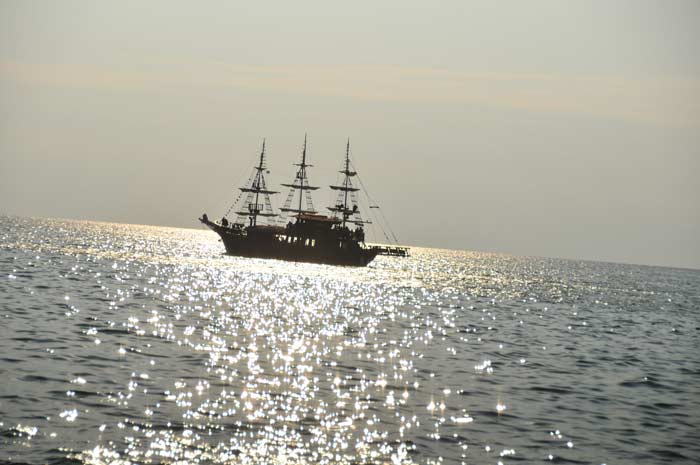