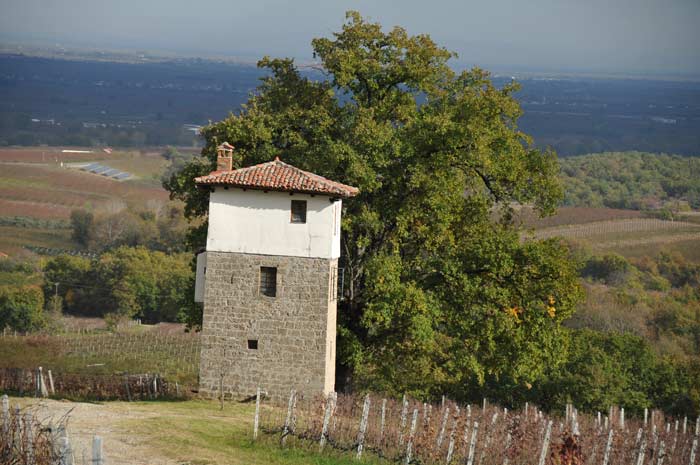 Despite the seemingly heavy rain falls due to the dark, sometimes almost black clouds above Naoussa, we enjoyed our tour through the vineyards on dry feet.

Every now and then the sun shine flashes through the dark clouds, which reflect light spots in the landscape. 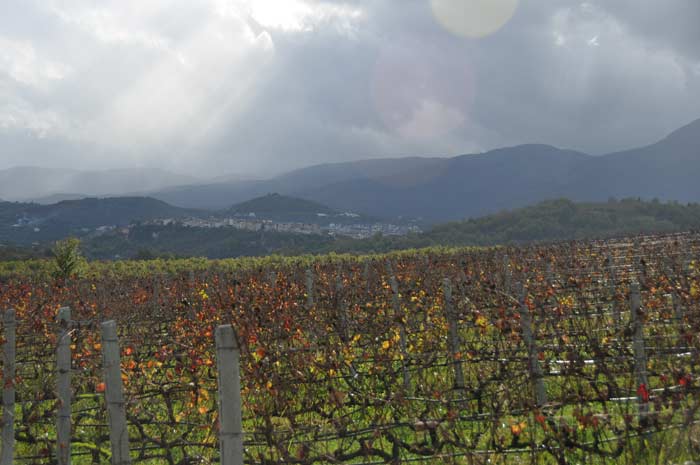 Almost resembling like a Roman watchtower, we came across this tower building, which once belonged to an Ottoman landowner, who observed the work of his professionals in the vineyards from here. 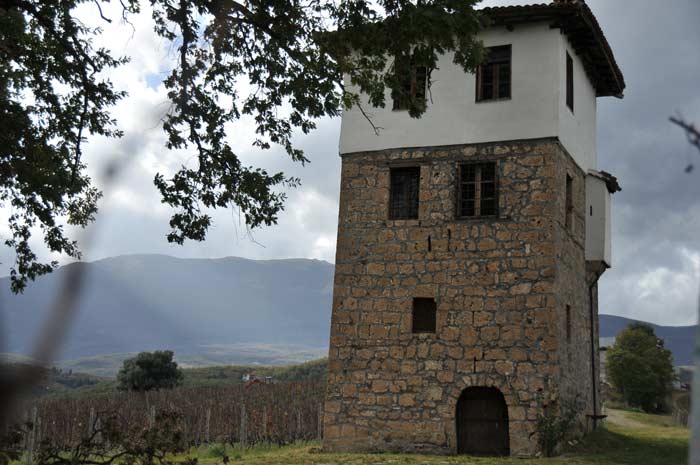 Viewed from this side, the building looks more like a fortress tower than a farm building to monitor the wine growers. Who knows what once forced the builder to this architecture. 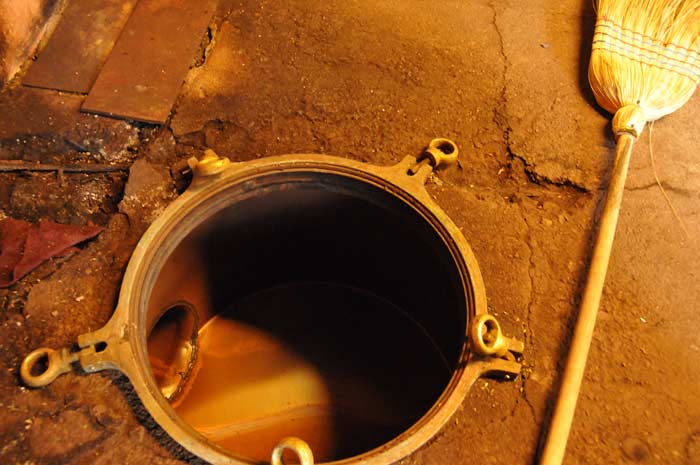 The vessel for distilling grappa was directly placed into the stone oven. Grappa is called tsipouro in Greece. After filling the raw mass, the bell is mounted and connected to the cooling vessel. 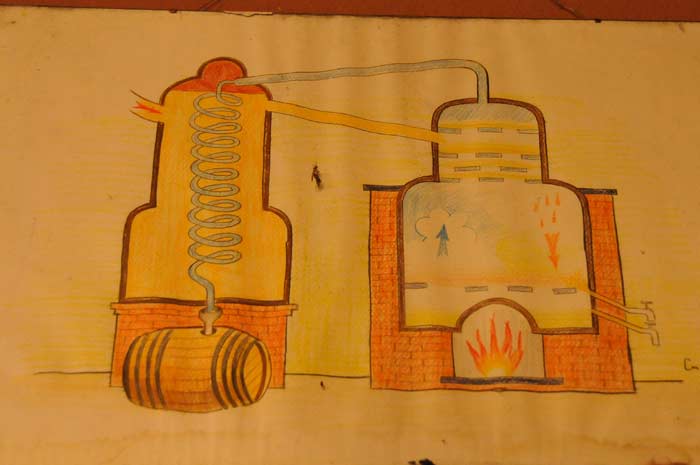 Here is a schematic presentation of the distillation process, which we found in the plant we visited. 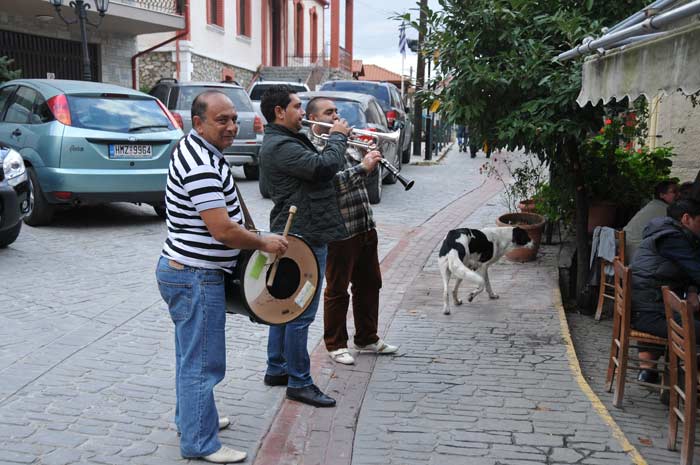 After our walk we went to dinner to a restaurant in a small village up into the mountains. In the village center this group of musicians was on the way to delight the restaurant guests with their arts. 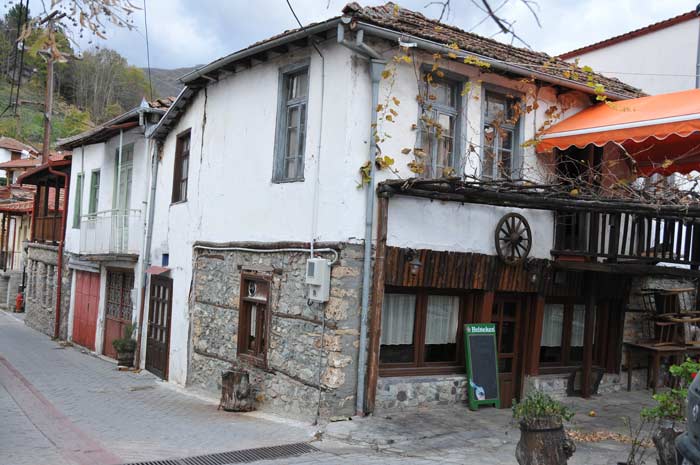 We reached the village square between tight and ancient rows of houses on a ridge, which only allowed one row of houses to the right and left. The house types were strongly reminiscent of the Ottoman architecture, which is also known from the ancient cities in Turkey. 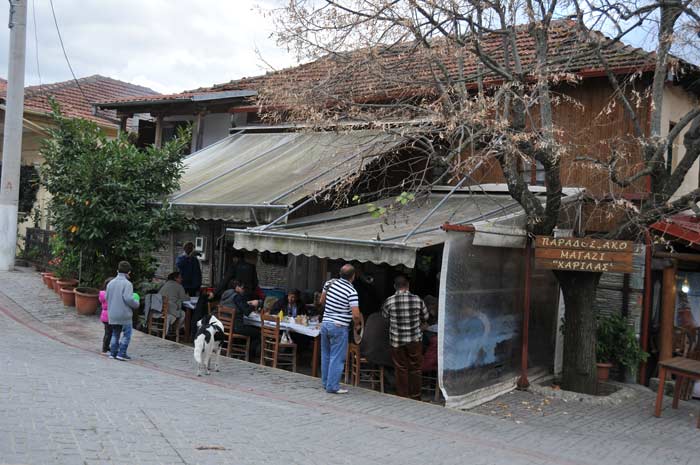 Despite advanced season, after all, it is almost end of November, all the outside seats were well occupied, which indicates as well about the quality of the restaurant, and .... to get to the point, we were not disappointed. 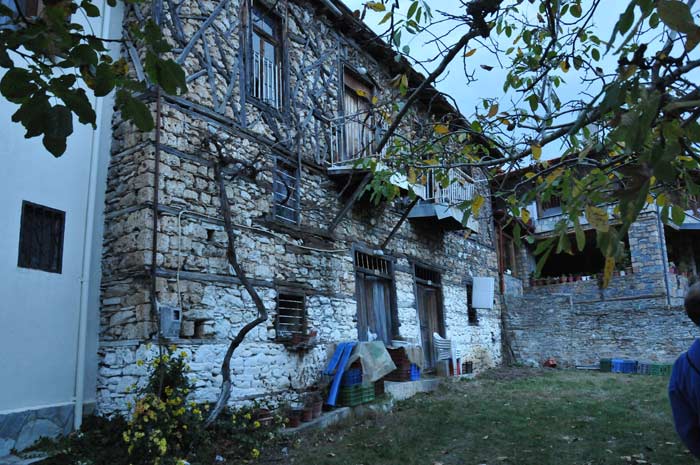 After dinner we decided to have a small tour through the village, where there were a number of interesting half-timbered buildings, so also this house, which consisted of stacked stones with a wooden plank as compensation and construction layer. 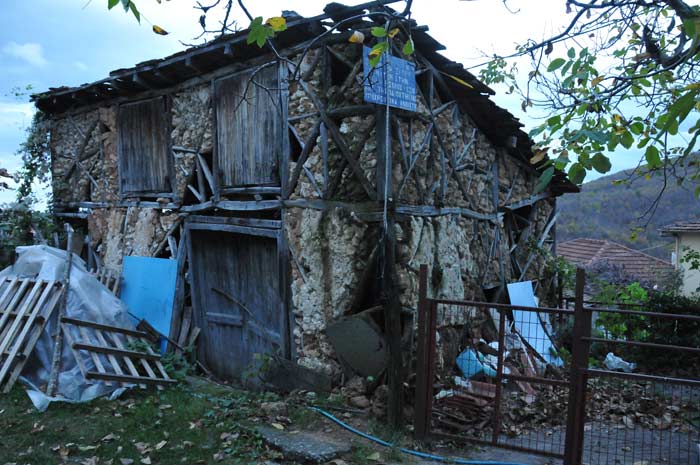 This shed next door is a wooden truss construction, which was filled with loose rocks and once plastered with clay, which was washed out over the time. 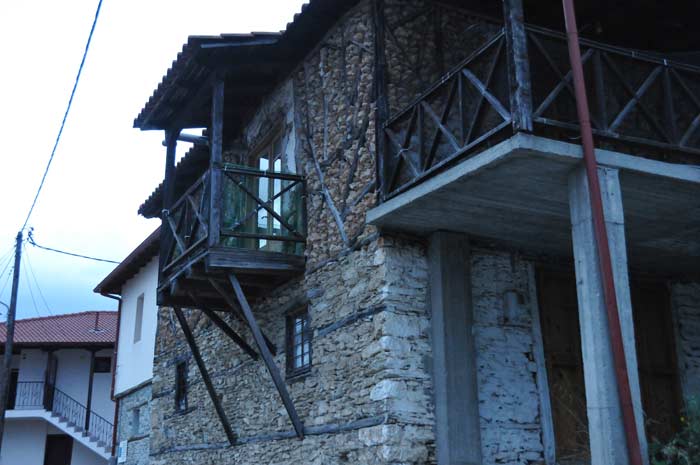 Unfortunately, people do not always pay attention to the architecturally correct building materials, so that some buildings partly distorted the character of the village. The concrete columns here do not match the wooden structure of the balcony. Pity! 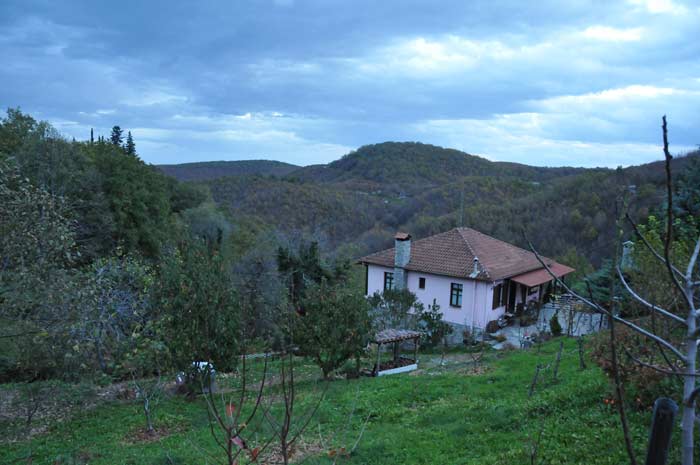 An outlook to the edge of the village to the surrounding hills ....... 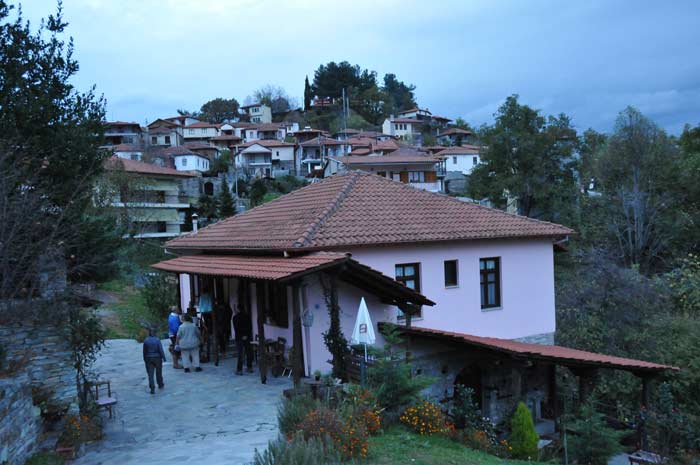 and back to the village center. We decide to come again, this time to an earlier hour, so that we can take pictures in daylight.