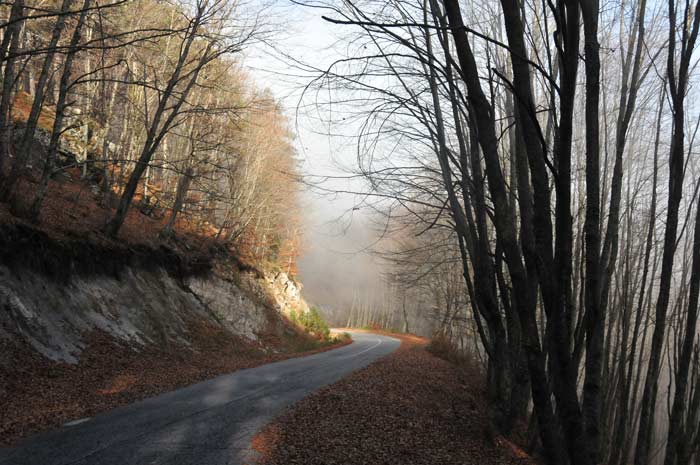 Shortly after leaving the town Litochoro we passed first serpentines and the entrance to the National Park on Mount Olympus, the home of the gods.

A short stopover to register (no charging) and some information about the park were notified quickly and then we went through autumnal deciduous forest. 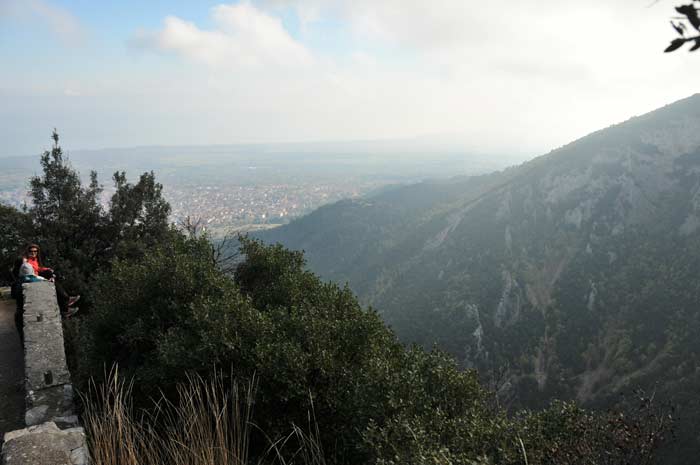 Another stop was made at the first rest at about 680 meters above sea level, a few roofed benches and a viewing platform into the Enipeas Canyon was offered, the clouds climbing, looking for ways through the canyon. In the valley the site of Litochoro is clearly visible. 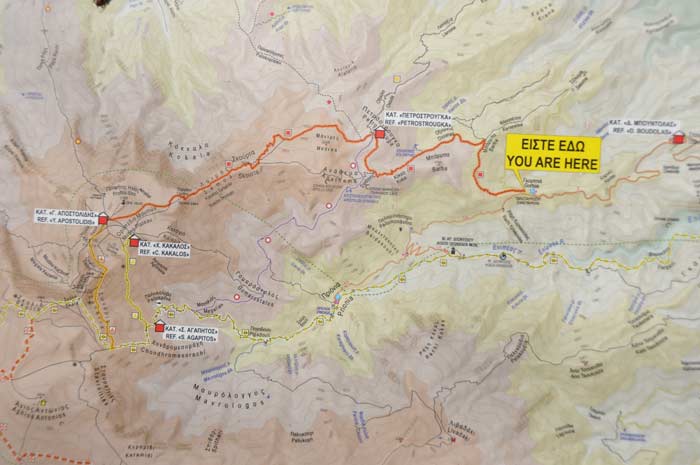 A little later we had reached a large information board, which shows the hiking trails to the peaks and the mountain huts open in summer only . We will describe a hike more detailled later. 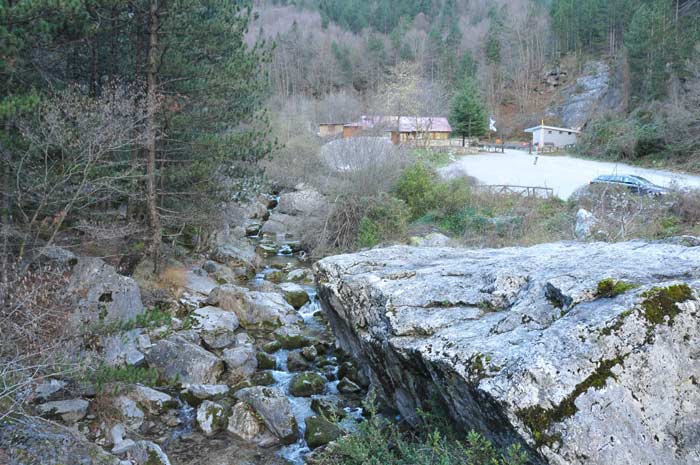 Here in the mountain surrounding, the restaurant Prionia can be seen, however, due to the time in the year, it was closed and abandoned. So far the mountain road is mostly paved. Prionia applies as a starting point for hikes to the peaks of Mount Olympus. 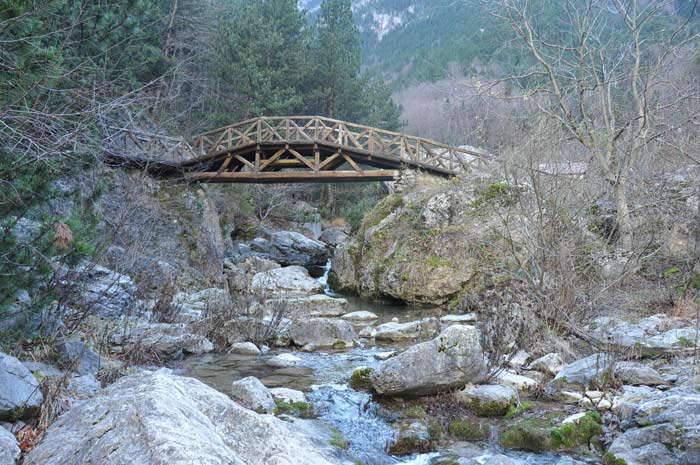 Across this bridge the trail ends at the mountain restaurant Prionia which begins on the outskirts of Litochoro and can be managed in about 6 hours. On the other side of the river, the large car park of Prionia can be seen. 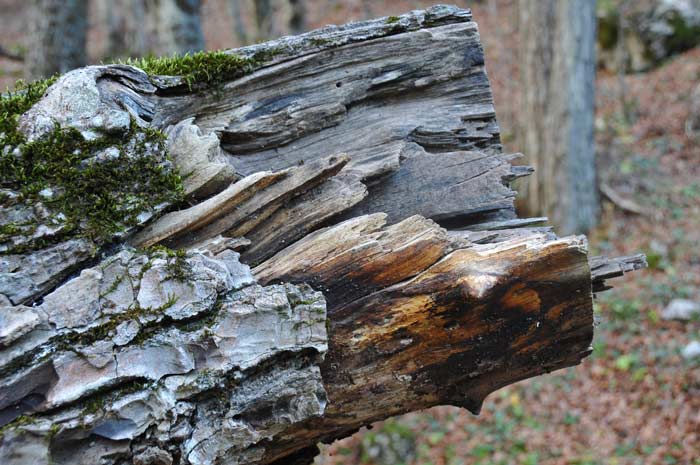 In ancient times, dense deciduous forests have covered Mount Olympus, today there are mostly fir and pine trees that are susceptible to wind due to their root system. Here a windfall had appeared, which had blocked the road and was removed. 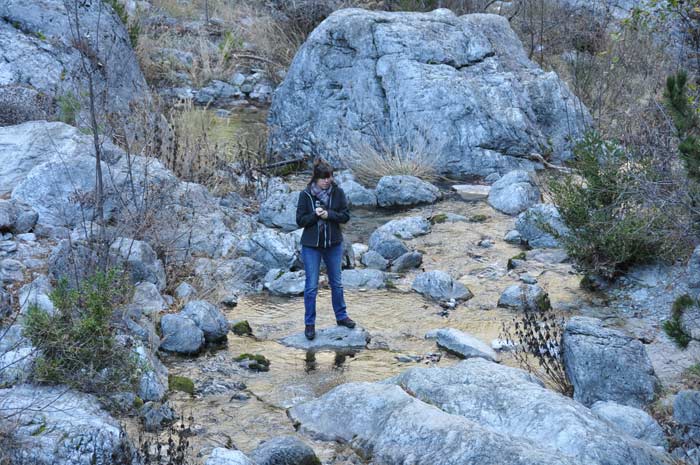 Despite the cold, which is characterized by the horseshoe shape of Enipias canyons and associated with shadow additionally reinforced, we were trying to film even a few shots at the creek. 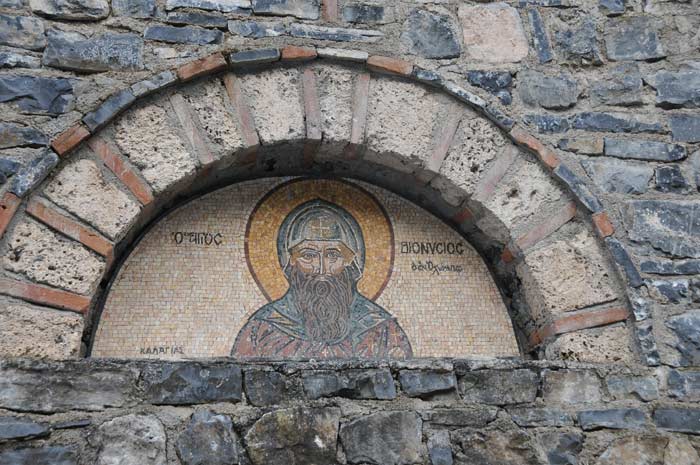 During the descent from the mountain restaurant Prionia we stopped briefly at the Monastery of Agios Dionisios, which is currently restored with the support of the EU to address the further decay. 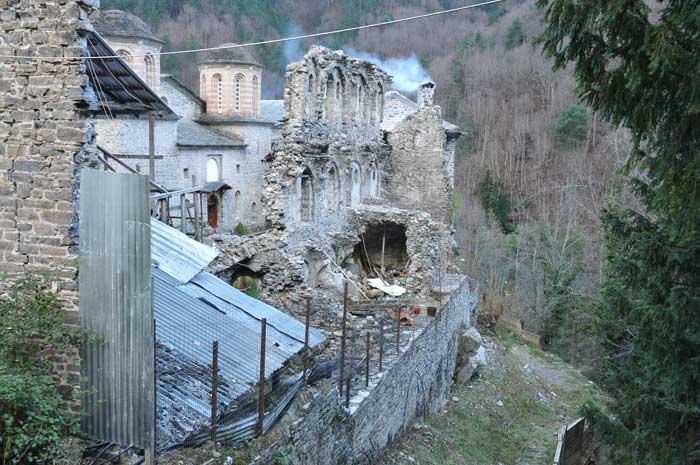 As clearly visible on the outside walls in large portions, it is also high time for the monastery to be maintained. A large team of construction workers was at work despite the cold weather, so that the opening can be expected soon. 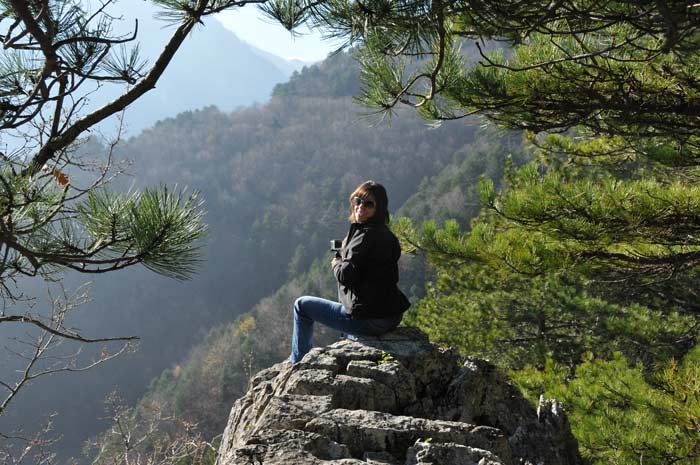 Further down, another point offered beautiful view into the Enipeas Canyon, which was now partially cloud-free and hence invited to Panorama films. Why not visit our presentation on YouTube. 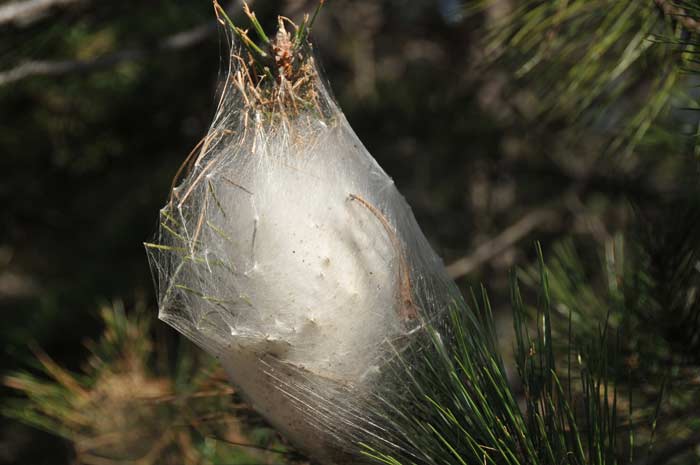 One problem that we know of many coniferous forests: pine moth cocoon. 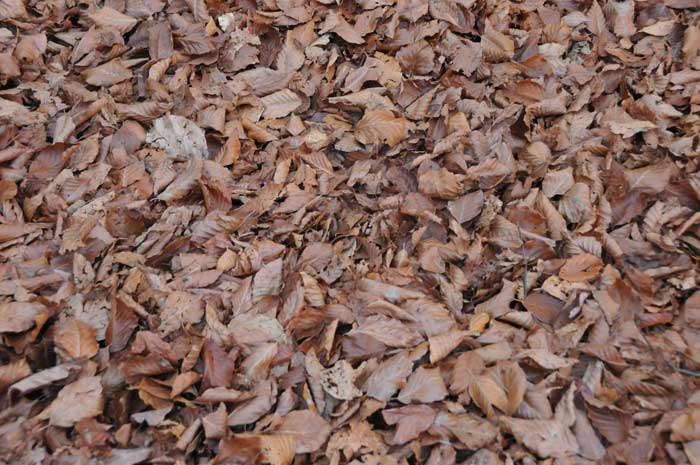 In a depression, the already brown autumn leaves had gathered in such large quantities, that a deep ditch was no longer to recognize. 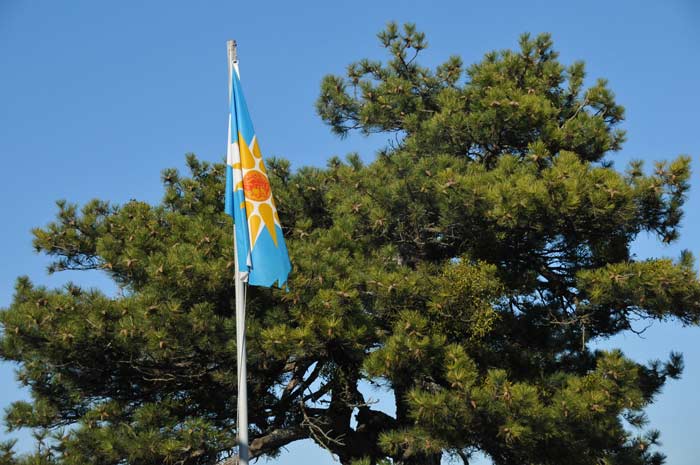 At one restaurant we stumbled across this district Flag of Canton Macedonia which shows the star of Vergina. In the middle of the flag the portrait of Alexander the Great.