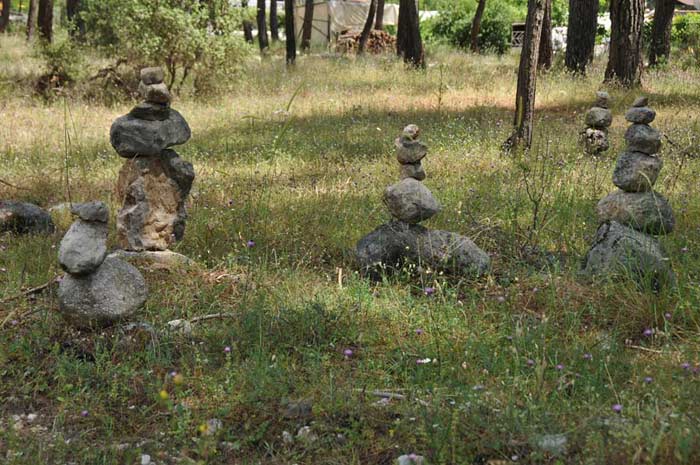 During our explorations in the National Park at Olympus we encountered, among other things, a variety of well presented cairns, also called stone staves, on a small forest area. 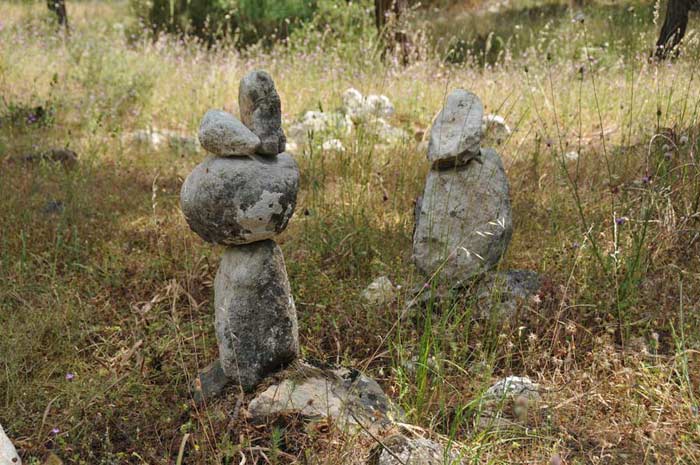 Cairns or stone staves are loosely stacked stones in the form of small hills or towers. They originated in their function once considered archaic form of way posts but today are used worldwide to present ourselves as "monument builder". 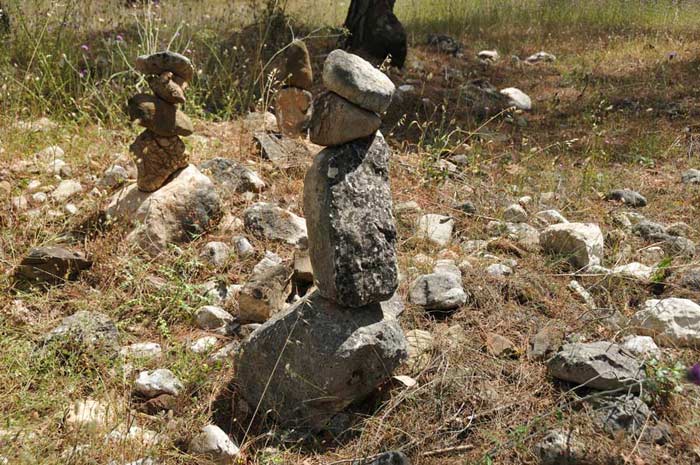 In earlier times, when there often were little or no streets and only carriages could pass in some inaccessible regions, marked cairns paths from village to village or pass routes over mountain ridges were quite helpful. 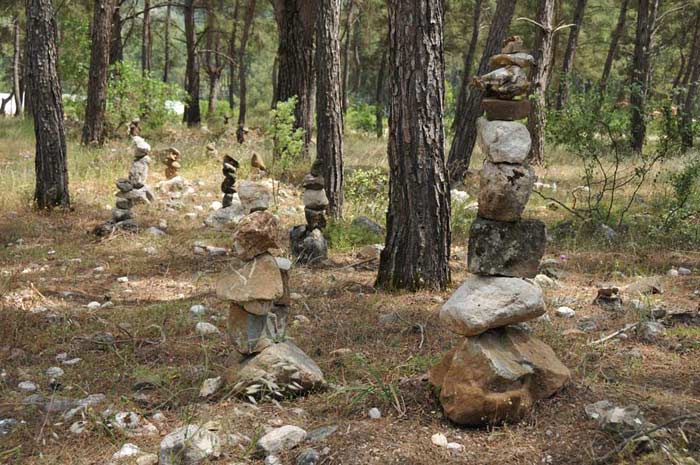 Mostly, cairns are built from approximately conical piled large stones with at least three layers, since such an arrangement is unlikely as the random result of natural forces. Cylindrical structures also exist, but they are less stable and therefore lose their function faster. 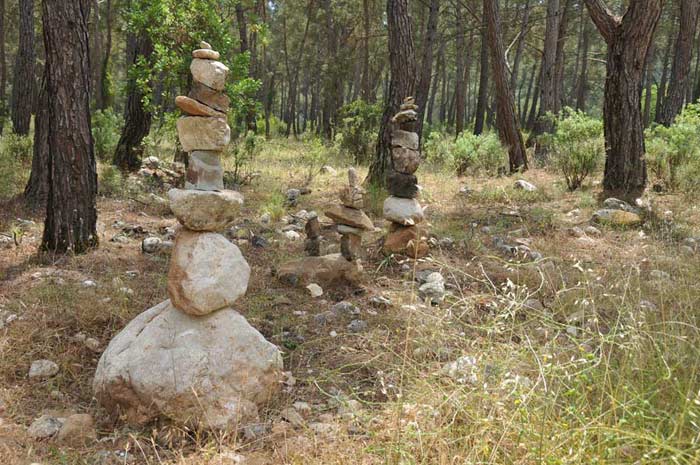 The marking is particularly helpful in rough and difficult terrain - facilitate orientation - like mountains, high mountains, steppes and deserts. Cairns are or have been used in all populated areas of the Earth. Normally a cairn is between 0.5 and 1.5 meters high, even higher at prominent places. 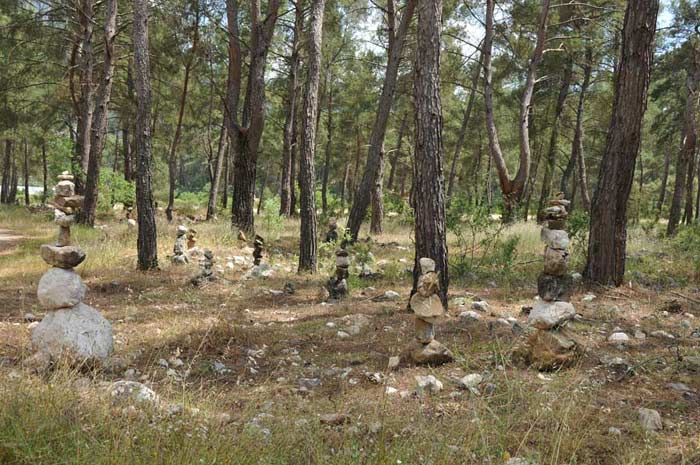 In different cultures religious practices are associated more often with them. Already in Ancient Greece cairns were applied as a path marker with an additional cultural significance. 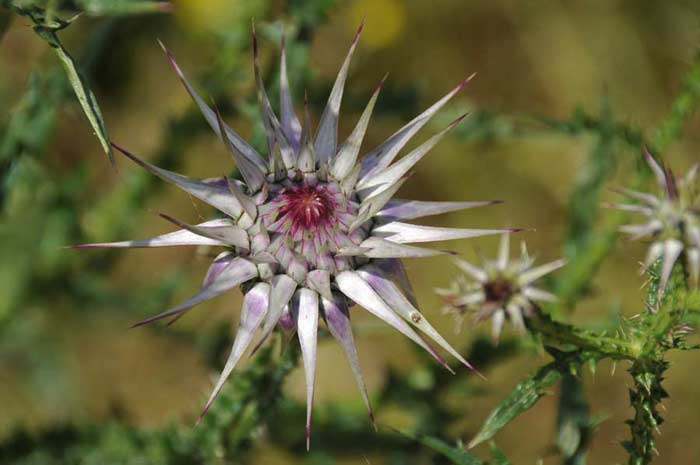 From them the Hermen applied at crossroads cult images of way godfather Hermes, whose name hermaion communicates with the ancient Greek term for a developed cairn. 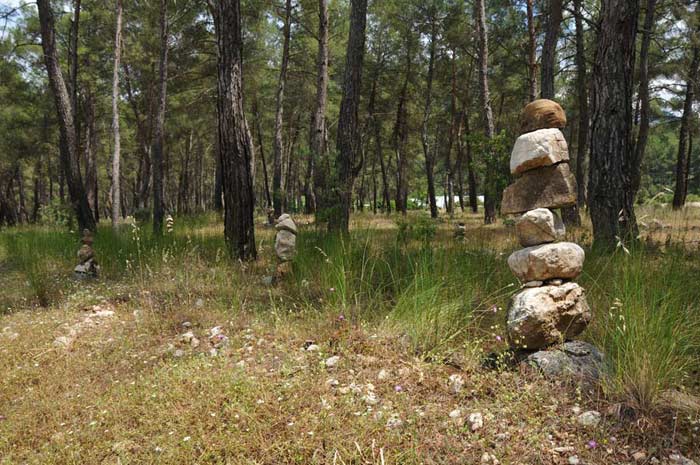 Today they help especially recreational hikers to stay on the right path. Especially in fog and dense cloud covering, when the surrounding land was covered and little guidance offered, and even in snow cover, they were often vital - especially since some paths were the only safe transitions that you could miss by no means. Cairns were kept for generations, repaired by locals. 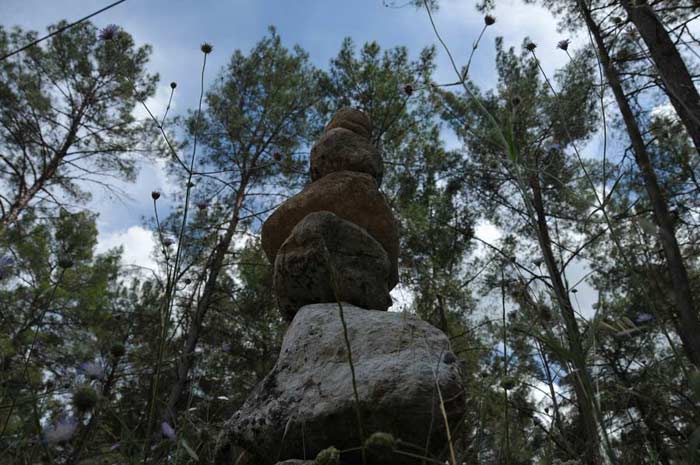 In Western cultures cairns are erected at prominent places without religious background. They serve hikers as an expression of their attachment to the place of identification with traditions and a symbolic appropriation of the environment. 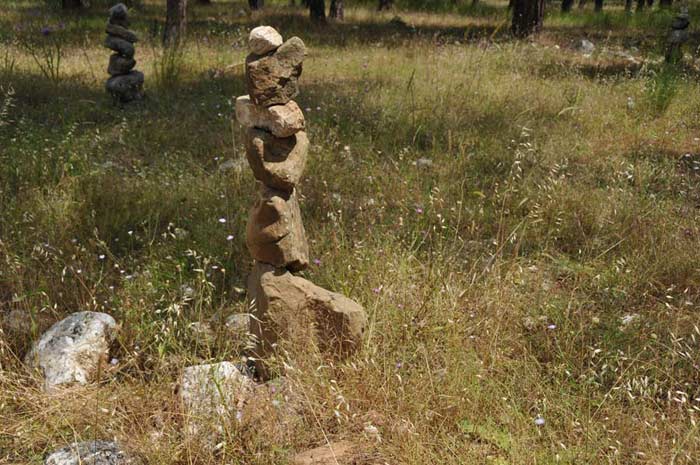 In heavily used tourism and recreation areas often large accumulations of cairns are built that do not function as a guide. 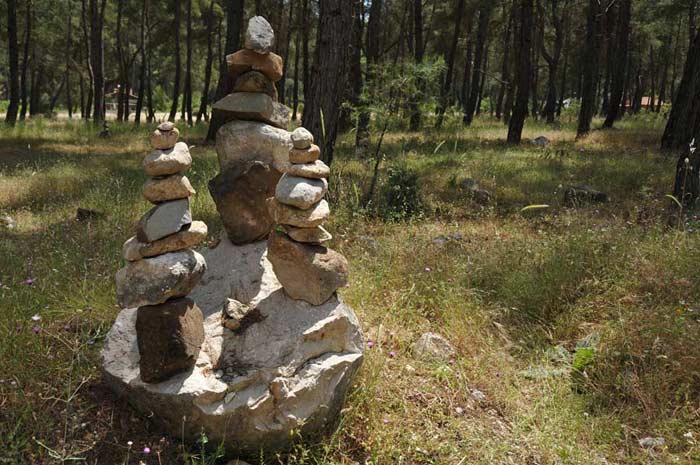 To the extent, this occurs in places where there is no thick stone and gravel layers prevail, these may result in conflicts with nature conservation because stones are removed from their natural location, where they were used for floor mounting. 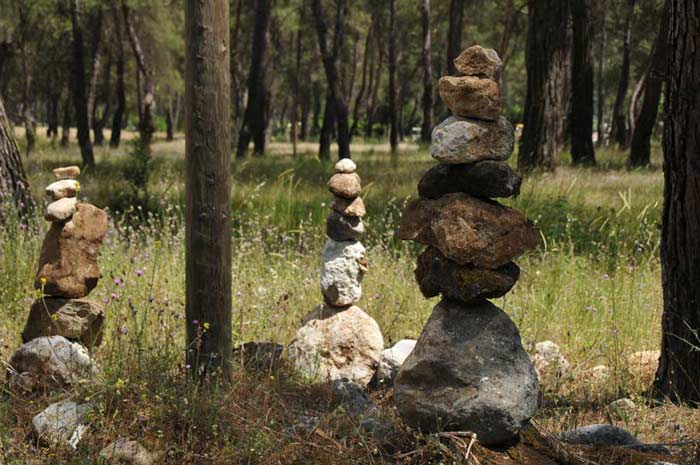