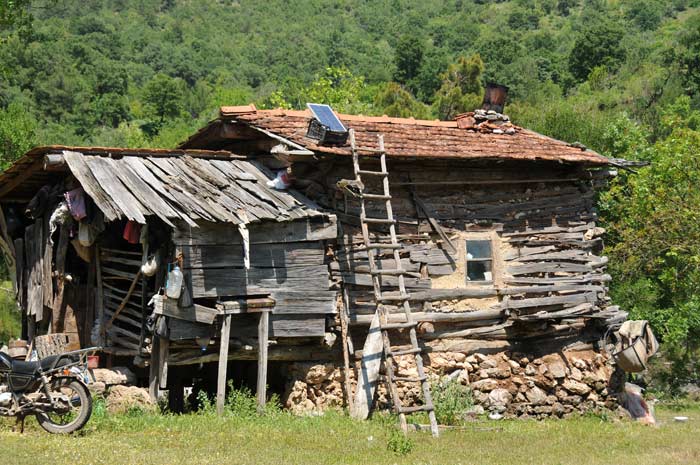 Our first day's route took us along the more shallow zones of Dursunbey Cayi which had changed, due to heavy rains and the consequent erosion of minerals, its color in these days. 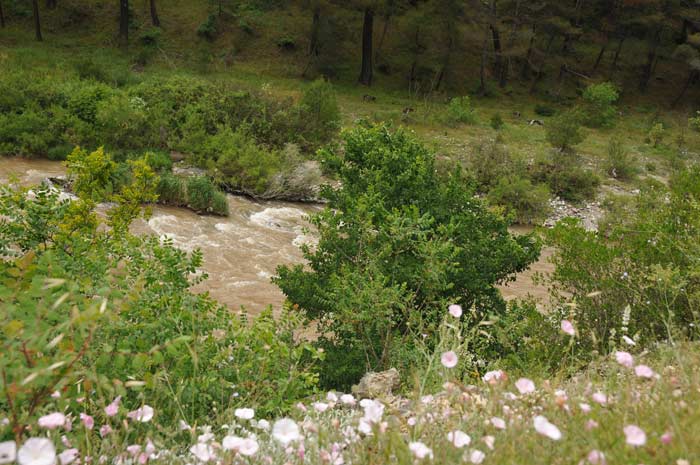 We wanted to reach the hot springs right on the banks of the river that now despite the advanced season of beginning June amazingly led plenty of water. 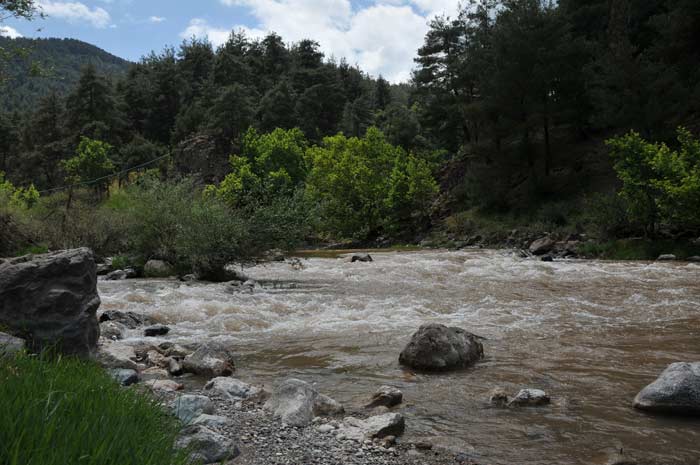 Two large concrete basin had been built that allows separate bathing for men and women to use the hot spring water. In a simple construction both swimming pools were surrounded with blue sheets as a screen to protect from viewing. 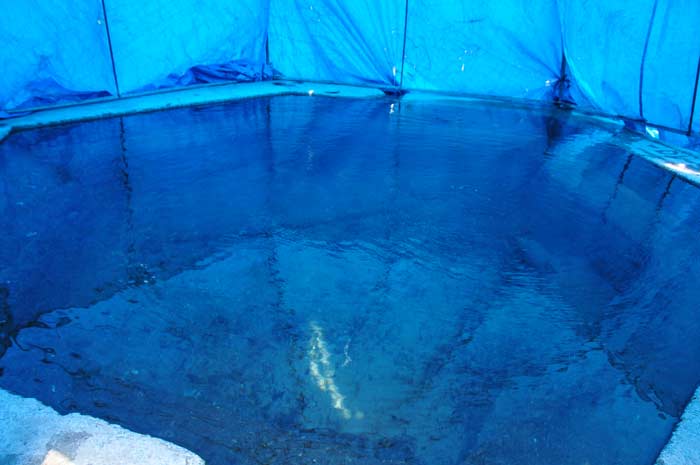 A small, other basin was probably intended for pre-cleaning, the water temperature was constantly of  39 ° degree, so bathing may be attractive in winter too, when snow covers the shore zone. Hopefully bath and environment is maintained in a natural way, without hotel construction and intensive use of the hot water, as we heard of a planned asphalt road. 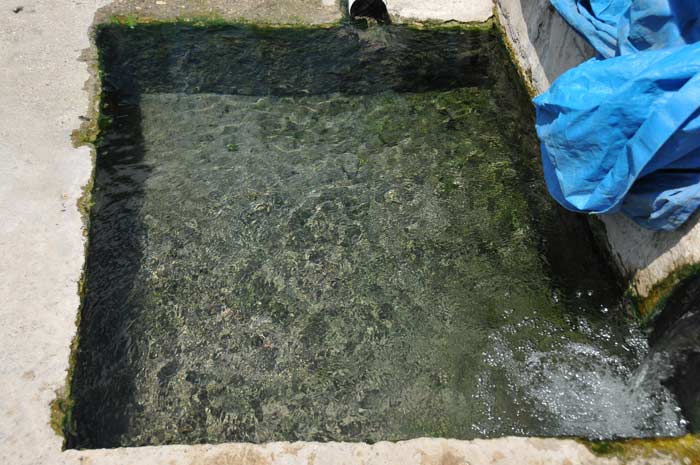 Mostly high above the canyon we followed the course of the river up to a small village of some mountain farmers further up the Yaila where we discovered this innovative green roof of cacti. 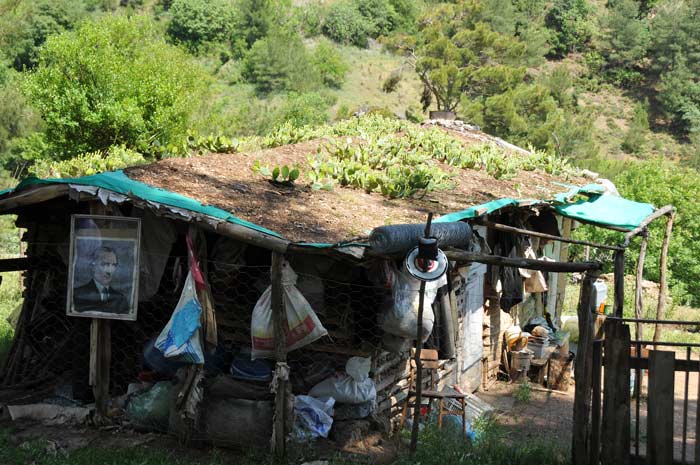 Up to the riverbank some terraced green areas that were caused by changes of the river in its course and ministered by the mountain farmers and herdsmen as green space. 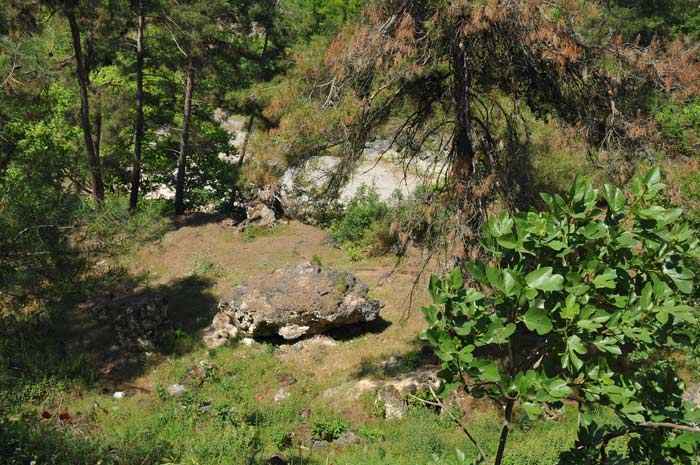 Some of the cabins were left to decay, while others were still used by residents who now continue to the Yaila to take their herds up for summer grazing. 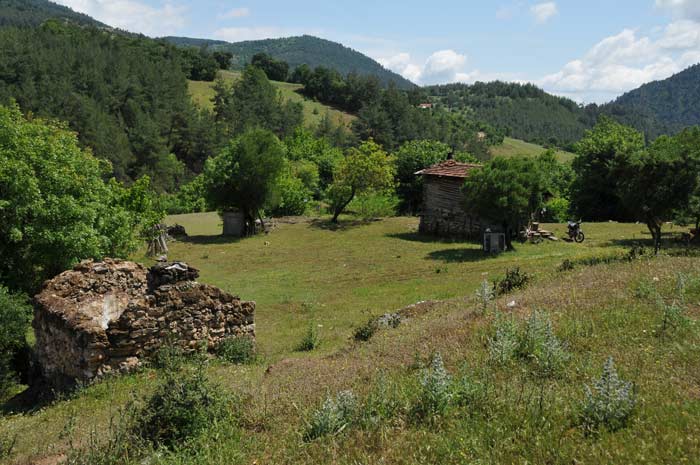 Of course, we always have our project work in mind to develop sustainable tourism and are convinced that the mountains and forests along the Dursunbey Cayi excellently is suited to the hiking and also mountain biking, perhaps with a central station in Dursunbey. 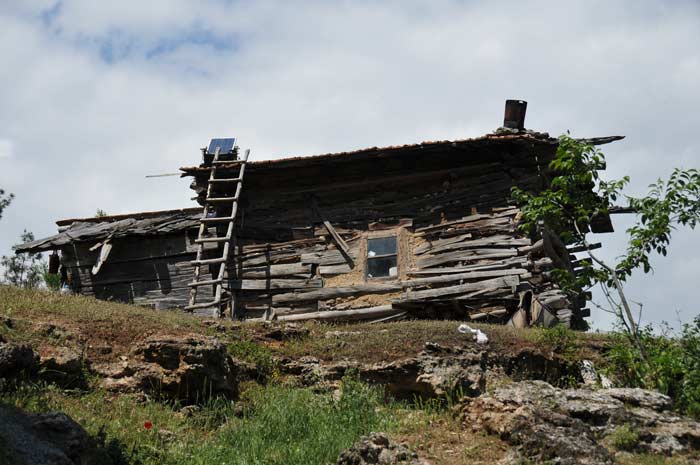 This ancient wooden dwelling had particularly impressed us, because it married again and impressively the contradictions of modern life in Turkey: ...... an ancient dwelling on the Yaila with the use of the solar cell, probably in first position to provide a mobile phone with electricity. 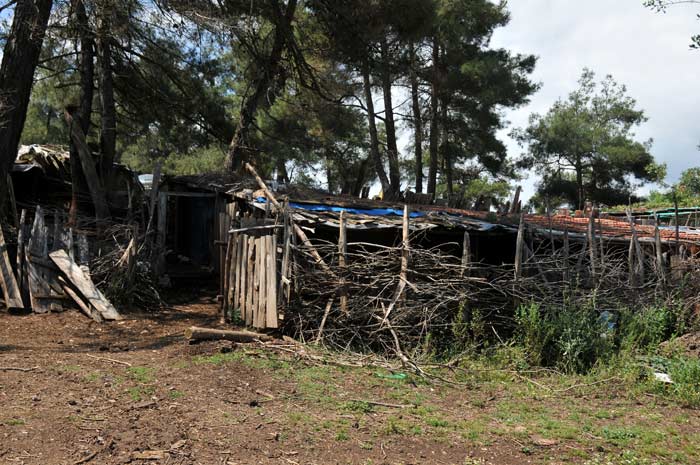 Very suitable to the natural wattle fence from brushwood with foil cover and clay tiles on the flat goat barn. But a mountain idyll that is unparalleled.

Exploration trip to Dursunbey - unspoiled nature is awaiting us

A journey of intimicy and culture along the Roman Roads