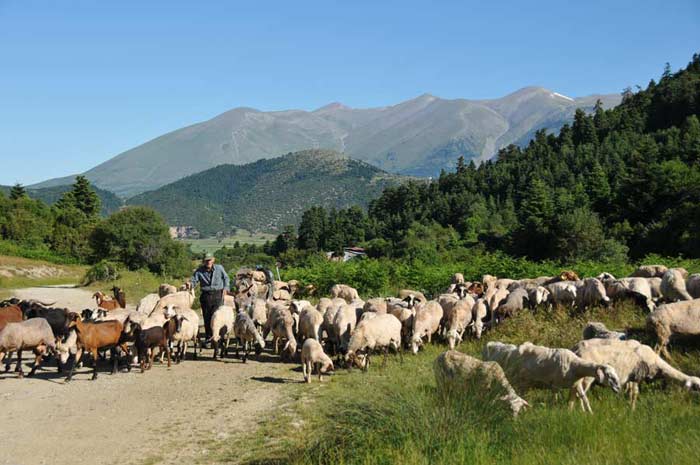 To further exploration of the surrounding areas with the final target Mount Olymp we left Rapsani together with Andrea and John towards the highlands. First we went through the vineyards of Rapsani until we reached Krania, on asphalt roads steadily climbing. 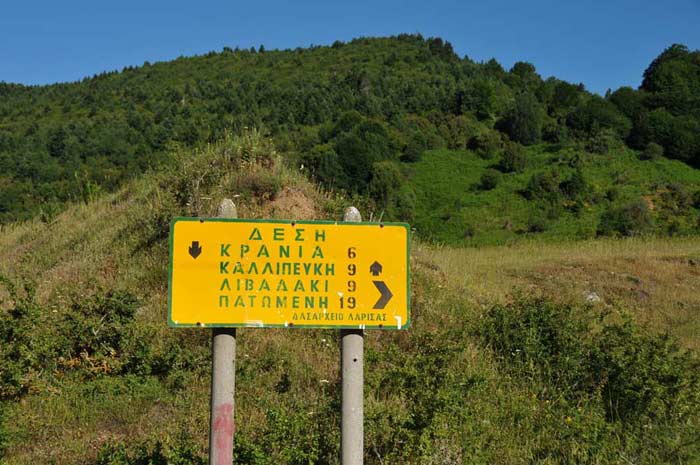 Shortly after Krania the dust lanes begin that extend across the plateaus of the entire Olympus, many of these routes are also particularly suitable for the exploration or mountain biking leading through beautiful countryside's. 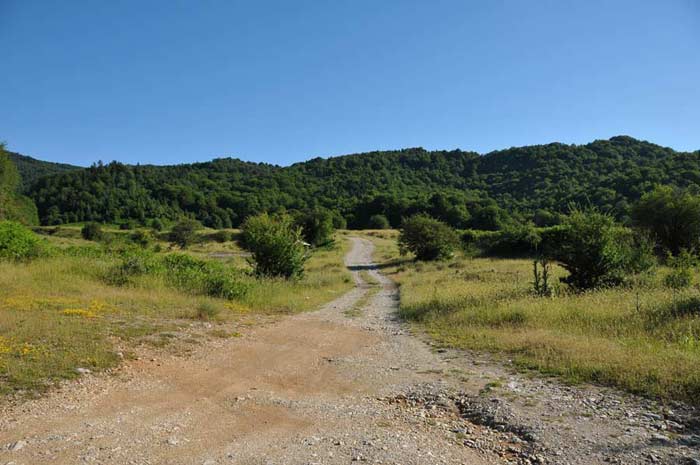 In addition to large forest areas there are large grain fields located at about 1,100 meters above sea level, which are framed by gorgeous blooming poppy along the wayside. 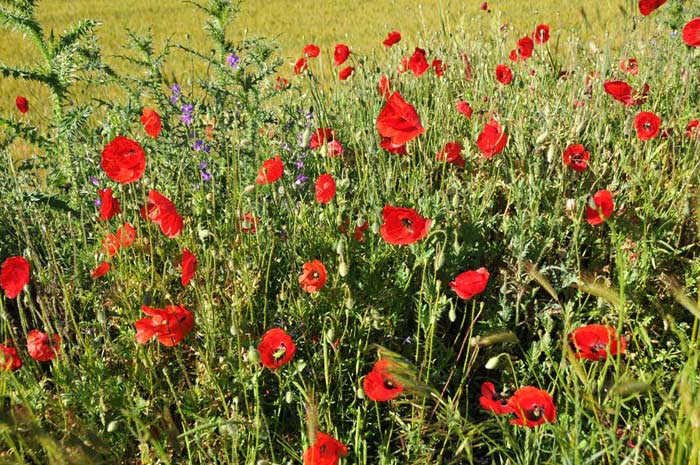 And not just poppy made an incredible blaze of colors, a variety of wild flowers framed the fields, so that we stopped several times to take pictures of the colors. 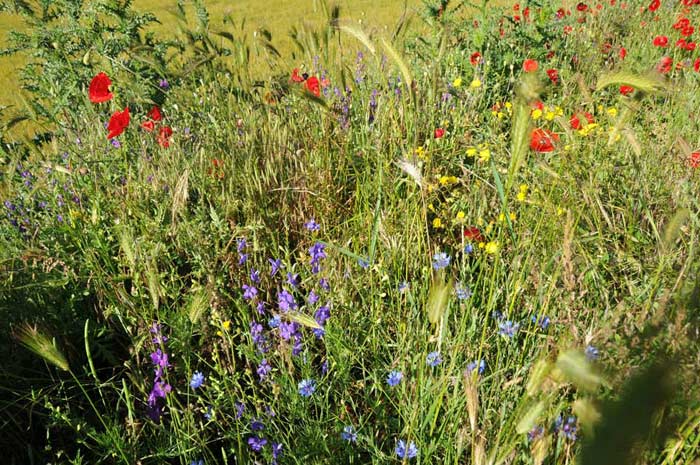 We stumbled on these turtle, who initially felt a little insecure of us ......... 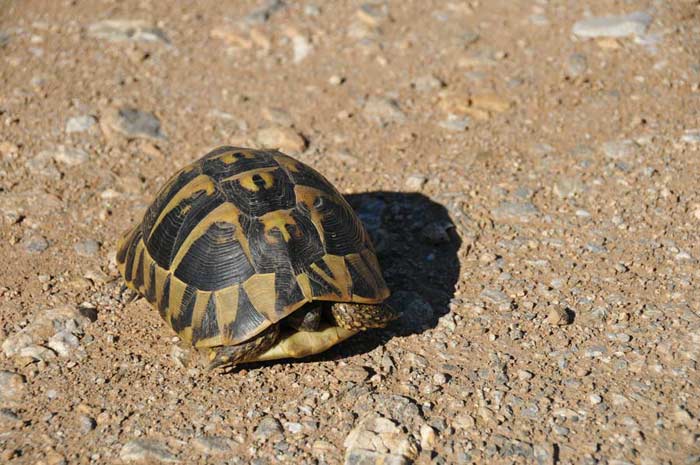 ..... however, a little later curiously peeping up out of their shelter before it went on its way. 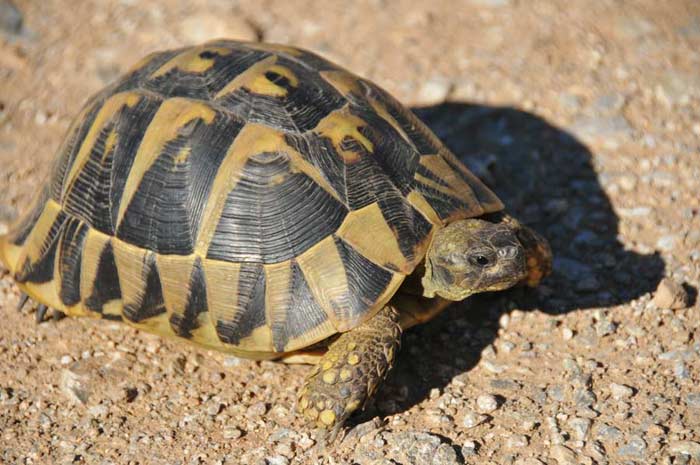 A little later we came across a large sheep and goat herd, which was accompanied by two shepherds: a Greek and an Albanian, as it turned out shortly after. 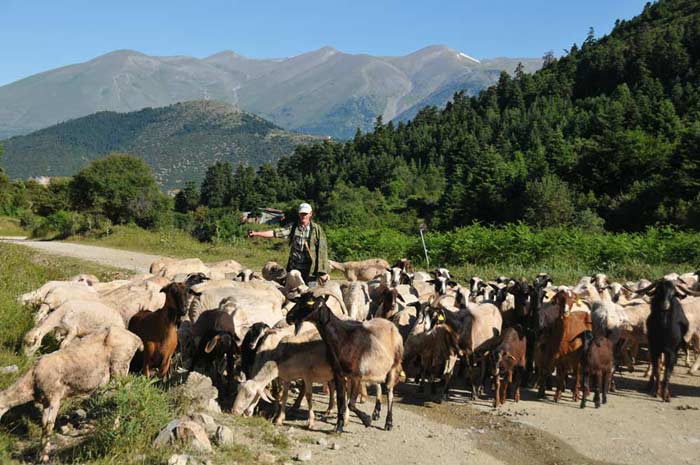 Of course, our interest was immediately aroused and some conversation was carried out at least, which continued until the e-mail exchange, because the two shepherds were interested in our photos. 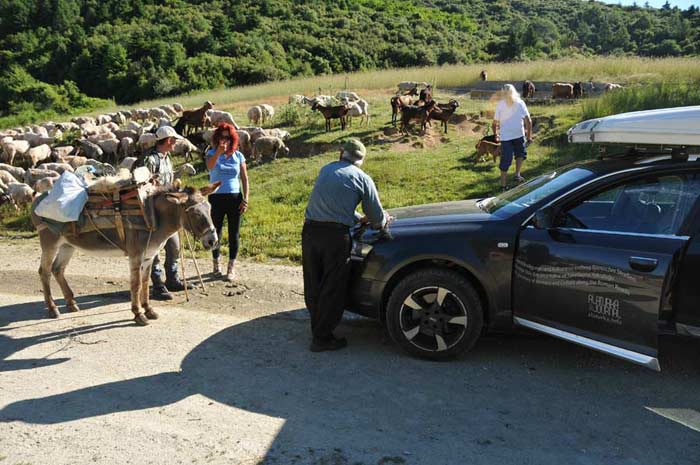 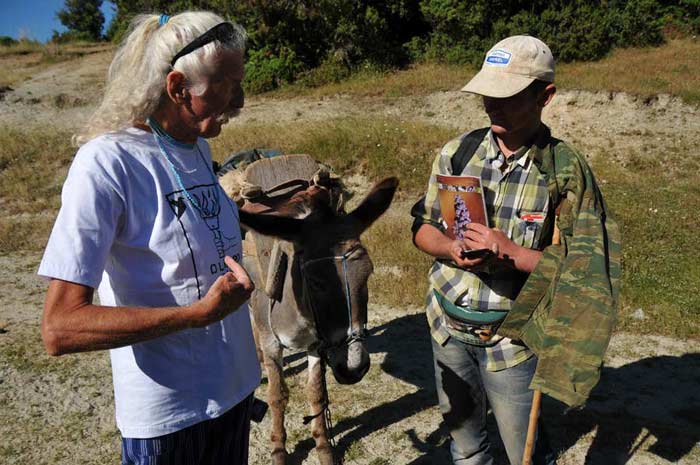 Even the donkey stopped moving at all on command of the shepherd and followed our talks very patient. During our conversation, the herd associated shepherd dogs took care of the flock. 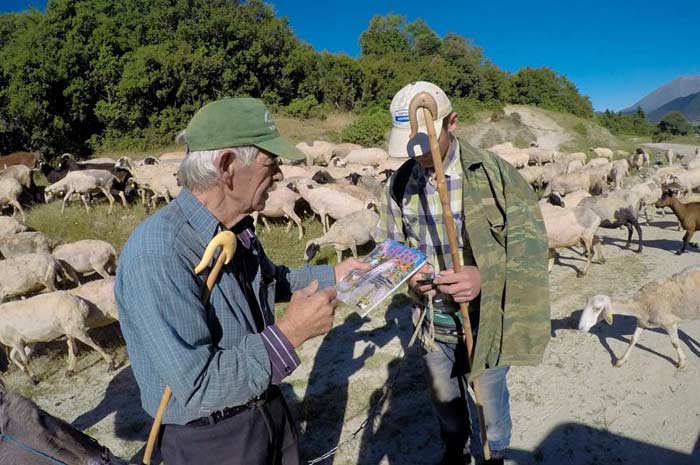 Cornfields, surrounded by woods, behind the summit of Mount Olympus, which extend to nearly 3,000 meters into the air and still covered with large snowfields. 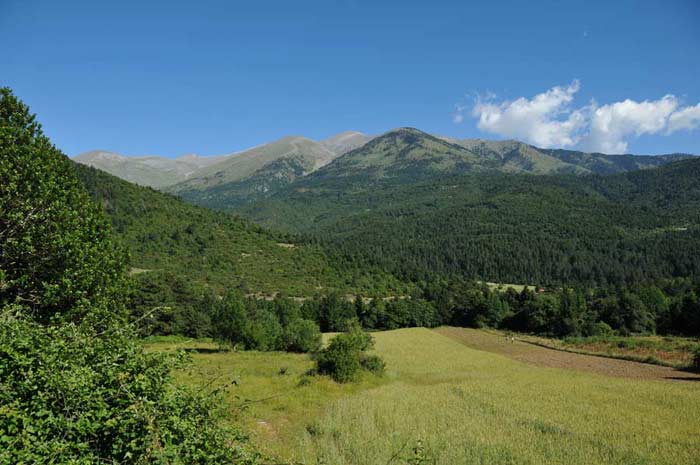 Again and again blooming along the way, an endless number of butterflies - just a real natural paradise that we could cross, ....... 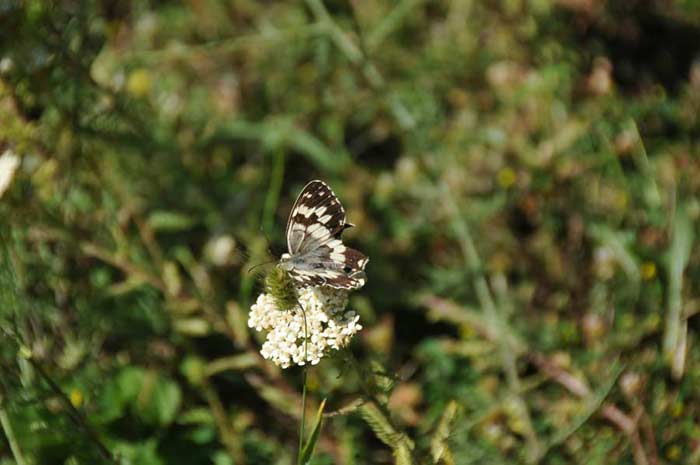 ....... before we then went down to the coast in almost endless switchbacks, from where we wanted to continue the journey to Litochoro. 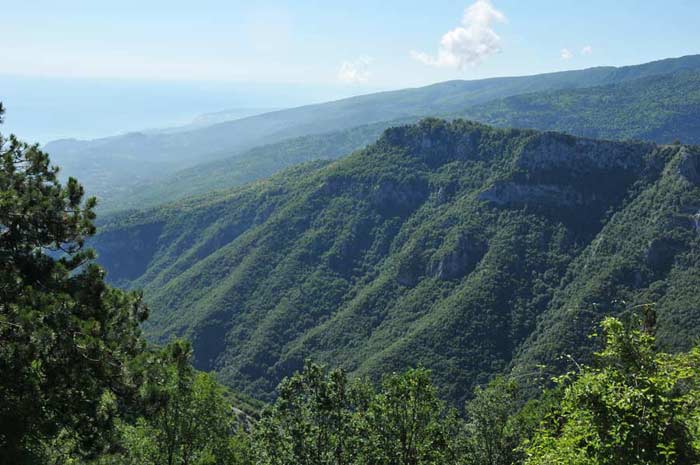