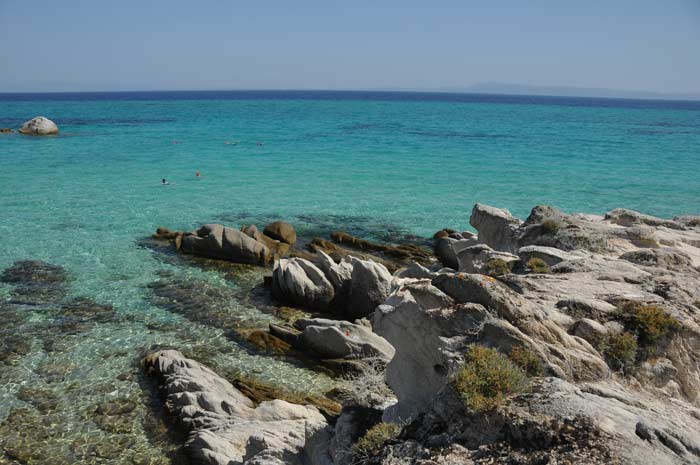 Our discovery tour along the peninsula coastline of Sithonia, which is also called the second finger of Halkidiki, had led us to the first beautiful bays. 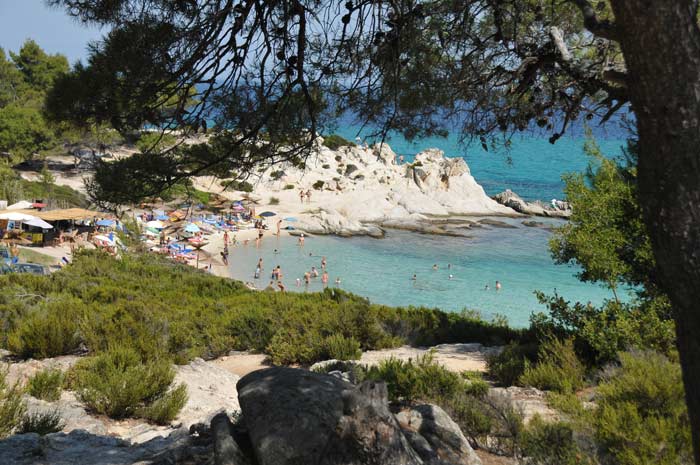 Along the eastern beaches you always have a magnificent view to the third finger "Athos" with the eponymous mountain, who this time wanted to show us, however, his shadowy outline only. 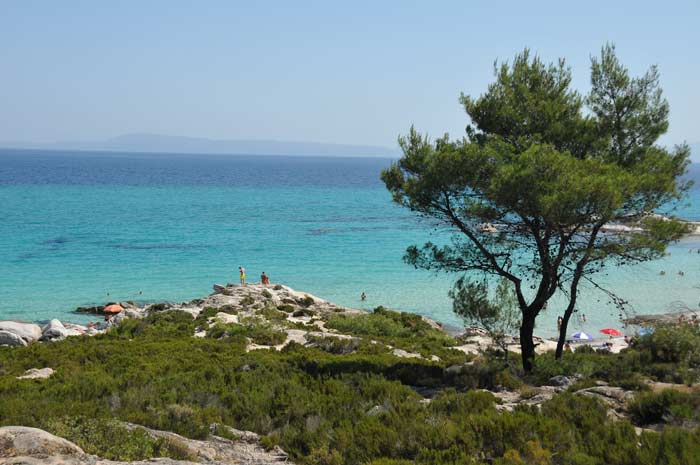 Inside of Sithonia it is very mountainous, but the mountains are of lesser height then Mount Athos. 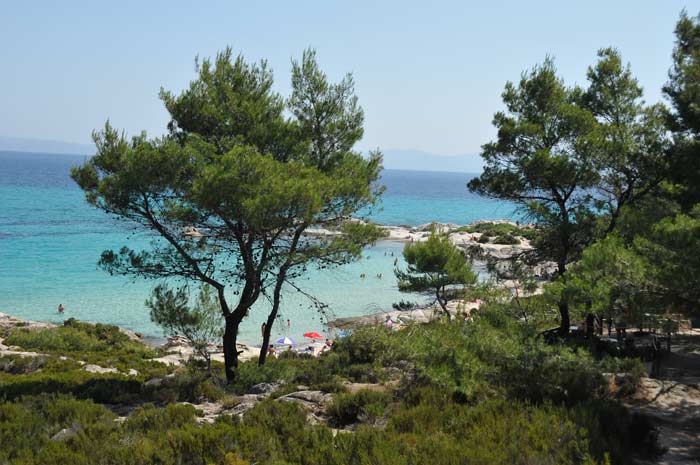 Sithonia, from the touristical point of view, is not so strong developed as the Kassandra peninsula, the first finger of Halkidiki. It is also said, that Sithonia is quieter than Kassandra. 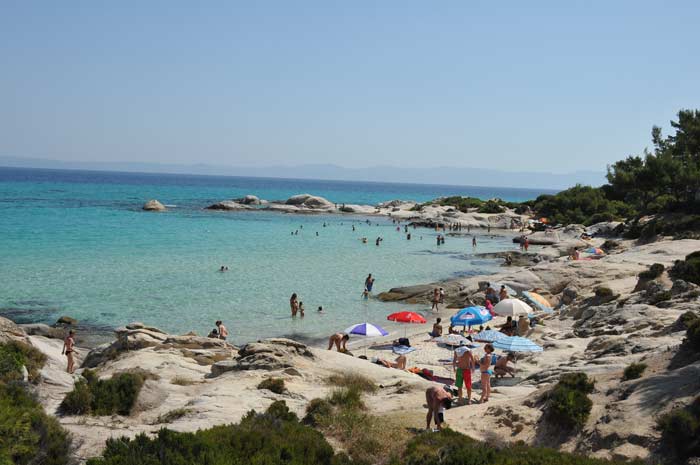 Discos are rare on Sithonia, not like on the neighboring peninsula Kassandra, even the hotels are emerged later and therefore architecturally more sophisticated. 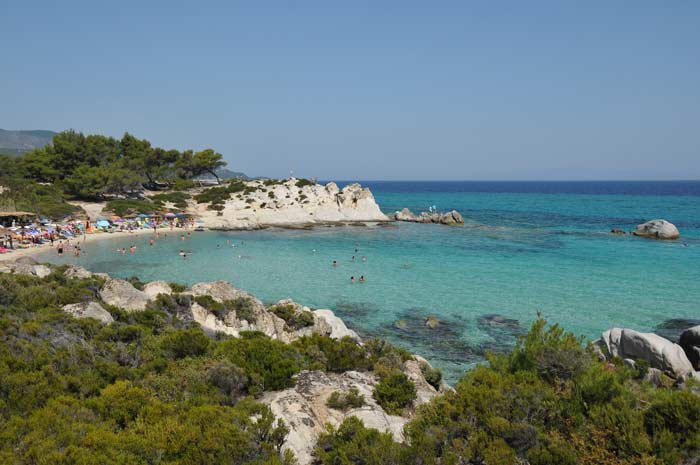 Huge hotel complexes cannot be found, with one exception: Porto Carras in the south of Marmaras on the western coast, which has been built by a millionaire decades ago. 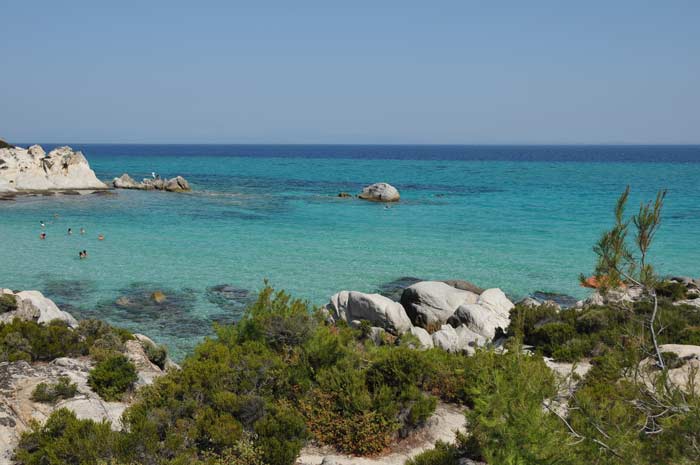 Accordingly, many beaches are not so overloaded, despite the now occurring high season. 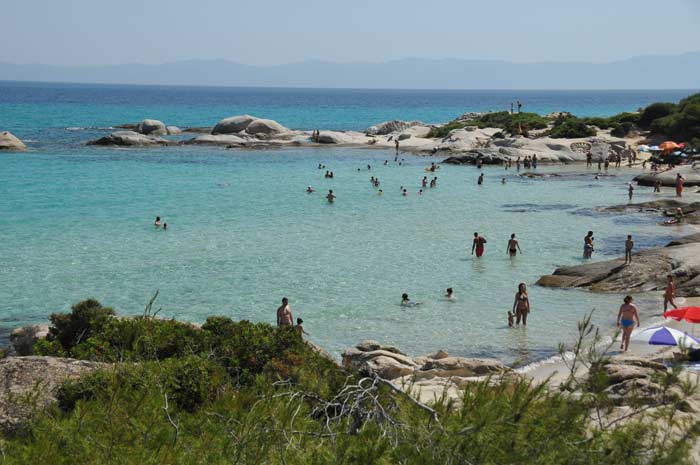 Although this bay actually looks crowded, which is certainly true for some sections in the bay, water quality and water fun are absolutely guaranteed. 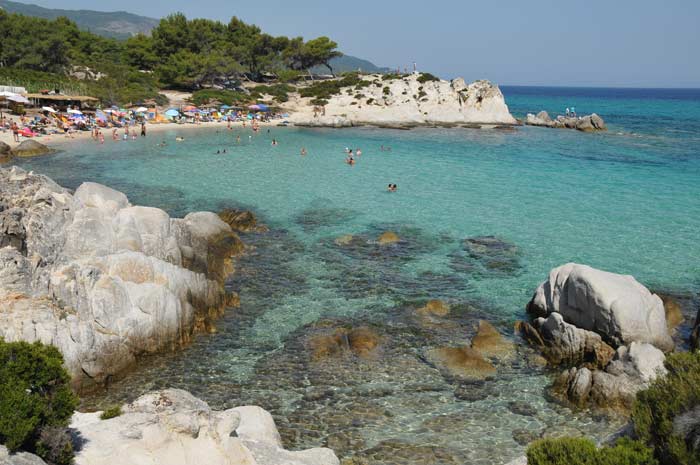 We found numerous visitors from Bulgaria and Serbia on the site, but also Albanians and Slovenians who had discovered this idyllic place. 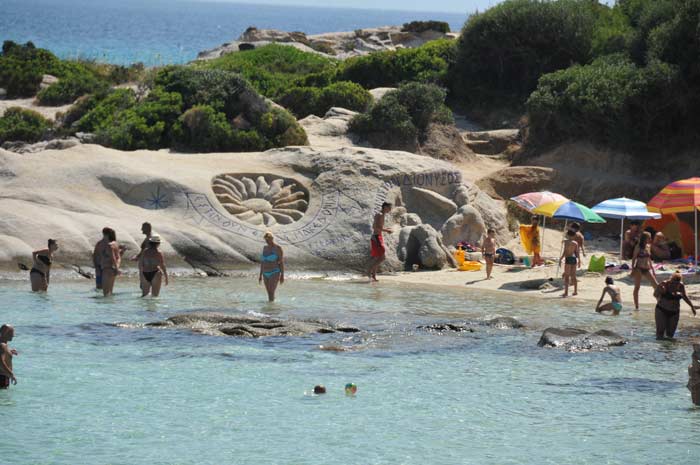 Camperstop Zampetas - again a camper on the way to Iran