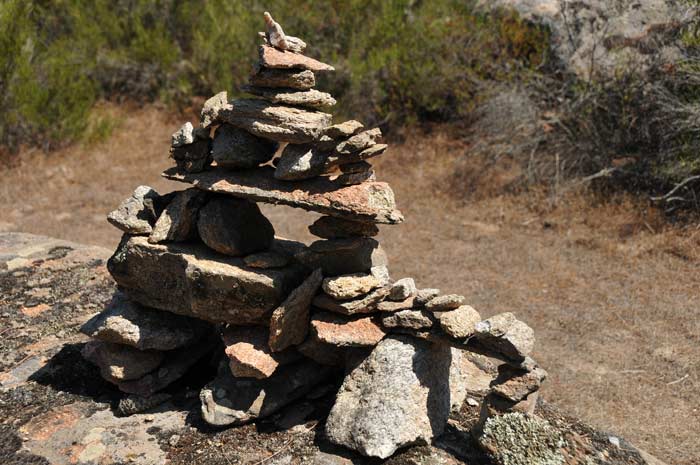 The meeting with Sylke was quickly leading to the question of walking routes on Halkidiki within our project work.

She introduced us to Robert, who invited us to a first exploration hike at the S. Pauls Spring at Ágios Pávlos, a small church on Sithonia. Since there will be a report on the spring and the church later on, we will now just publish a first blog about our experience. 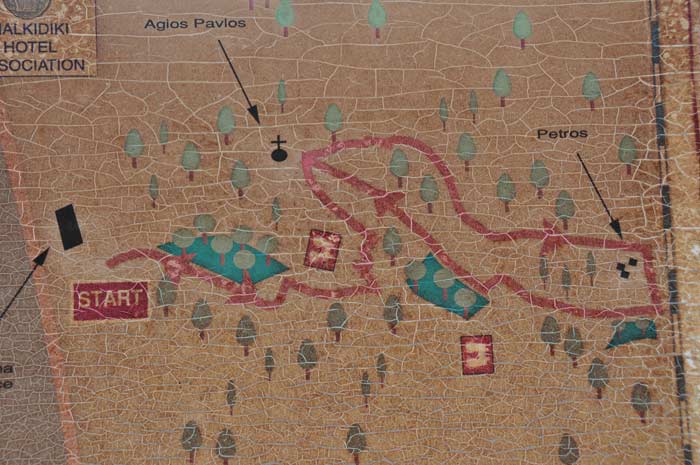 The route up to the Petros rock starts from here as you see from a post showing a map, where an excellent panoramic view of Sithonia is possible, since it clearly exceeds the surrounding terrain in height. 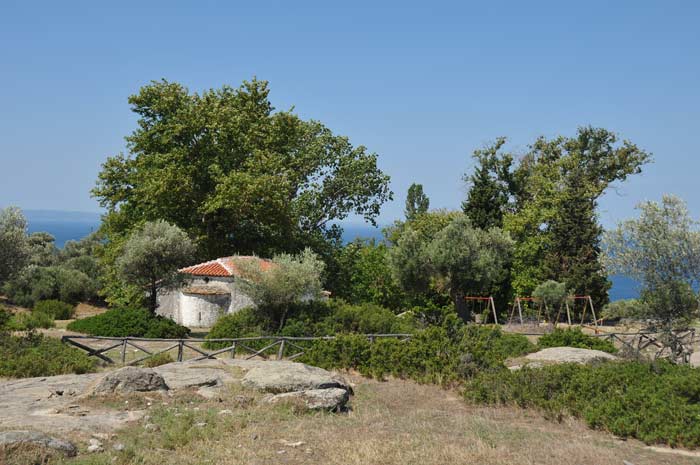 At the Chapel Ágios Pávlos with its S. Pauls spring, we had arranged to meet with Robert and his hiking group. 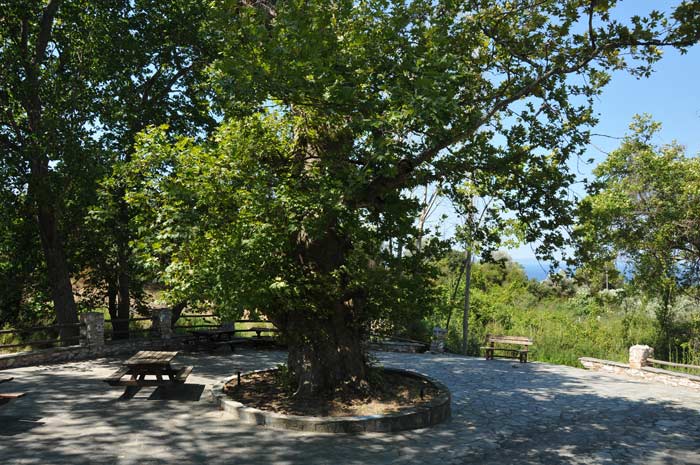 A shady place with old trees, with benches as quiet relaxing zone the source is surrounded being used by many locals for the supply of fresh spring water. 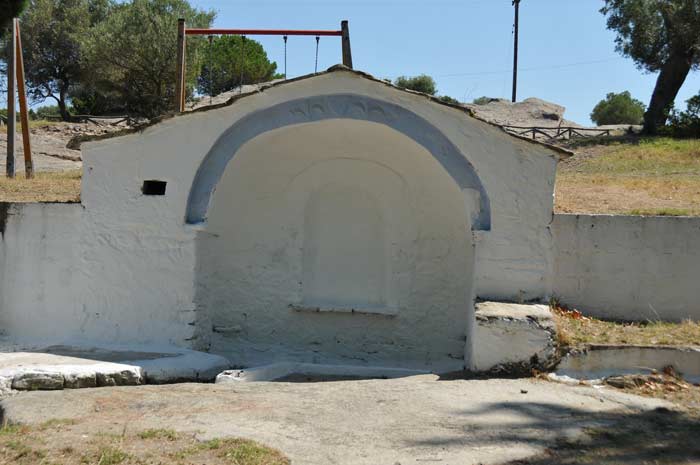 The mythology of the origin of the spring goes back to a visit of the Apostle Paul, in which is said that he had touched the ground with his walking stick, whereupon the spring occurs. 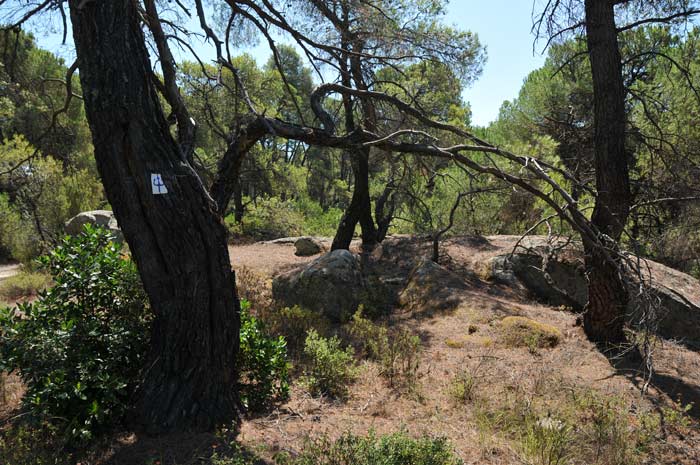 After a short meeting and filling the water bottles we first went into a forest path, which is marked with the trident, the distinctive mark of this circular route in blue. 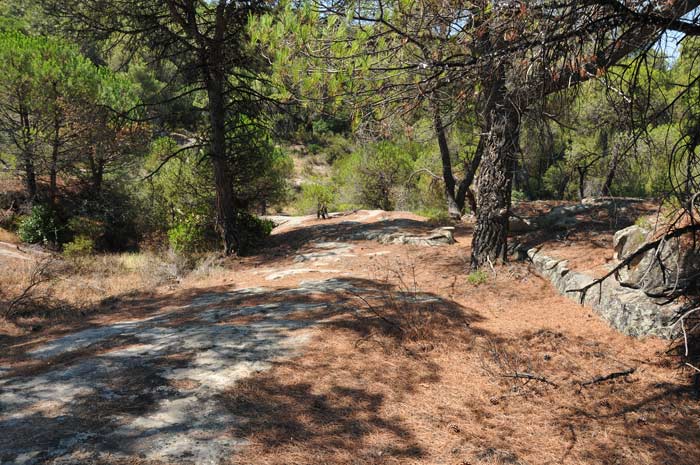 Arrows on trees and on the rock make it easier to find the correct route of this relatively simple circular path, which also lends itself without leadership. As often, walking in the group is of course much more communicative. 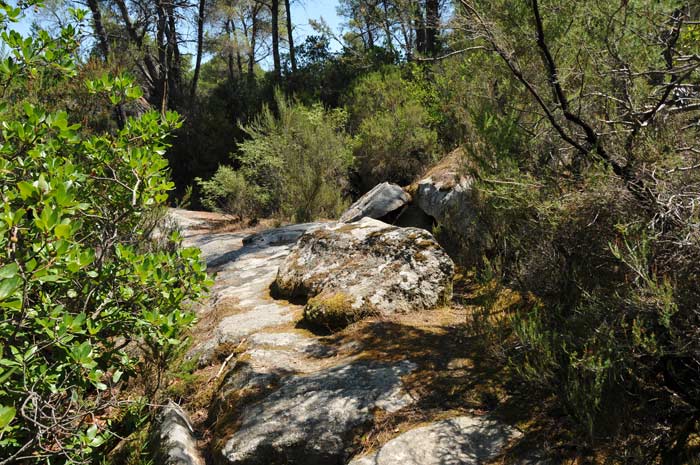 Even it is only imperceptibly becoming steeper, up to Petros rocks, first you will reach at a plateau which directly leads to the rock. 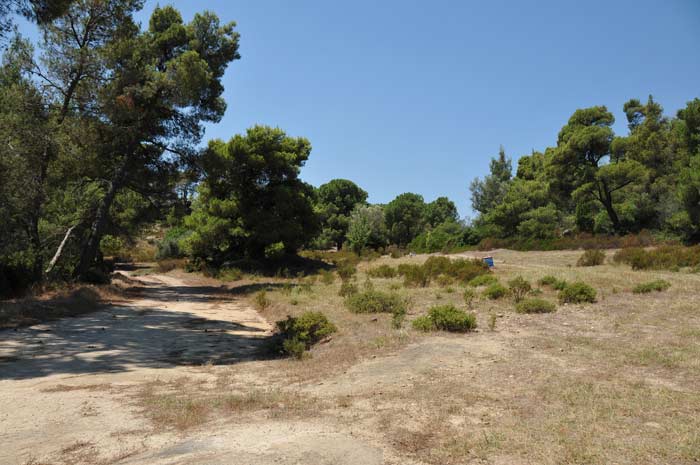 While climbing the Petros rock also some climbing skills are then, however, necessary. At least from vertigo there should be a basic requirement for climbing. Not to mention you actually need the footwear that is prerequisite. 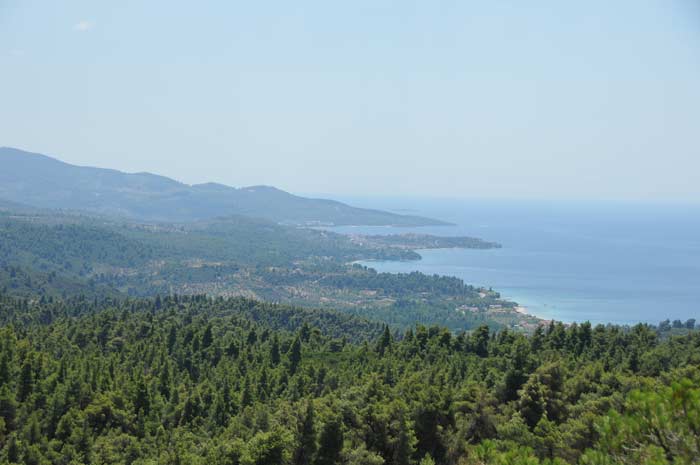 The views of the coastline of Sithonia was then the reward of the effort up on the rocks. 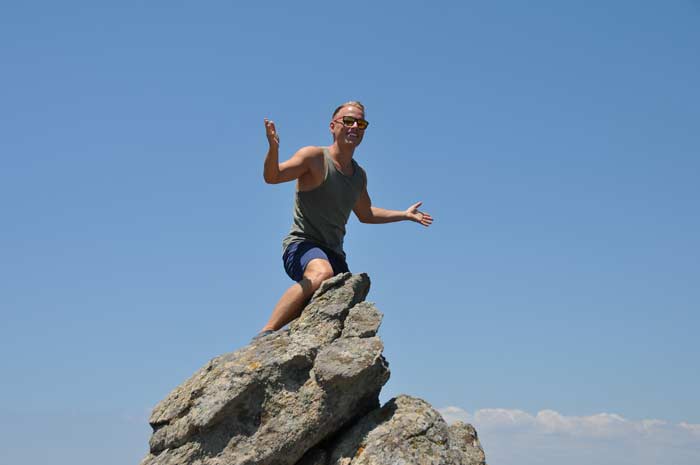 Robert took the opportunity also to climb to the highest point of the rock group. 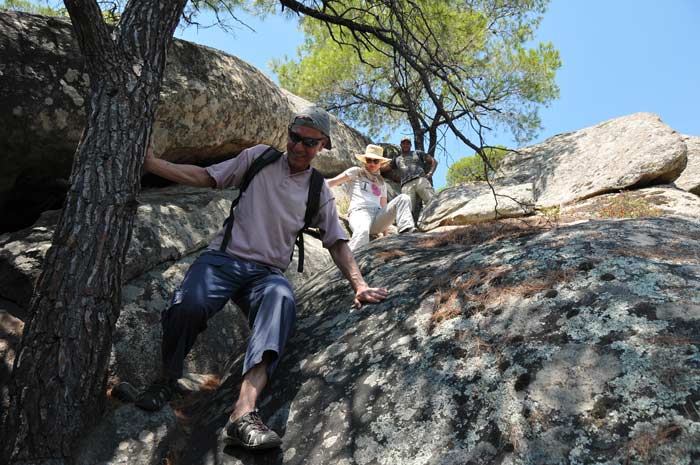 On the descent from Petros rock the character of the rock group then showed some difficulty, because some steep sections needed to be overcome. Then we went back to the spring at the Ágios Pávlos. Without any question a beautiful trail, which even in summer has its advantages due to the thick pine trees.

Along the dust roads of Olympos from Rapsani to Lithochoro