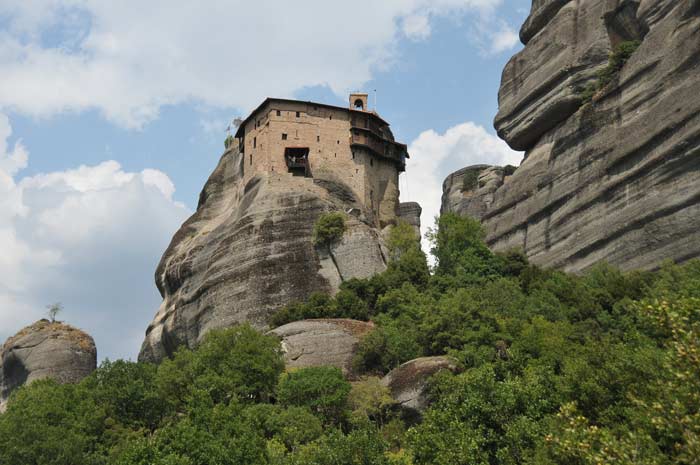 Our further exploration in Greece had led us from Rapsani to the monasteries of Meteora, which lay in the east of the Pindos mountain near by the town of Kalambaka in Thessaly, the monasteries belong to the UNESCO World Heritage. 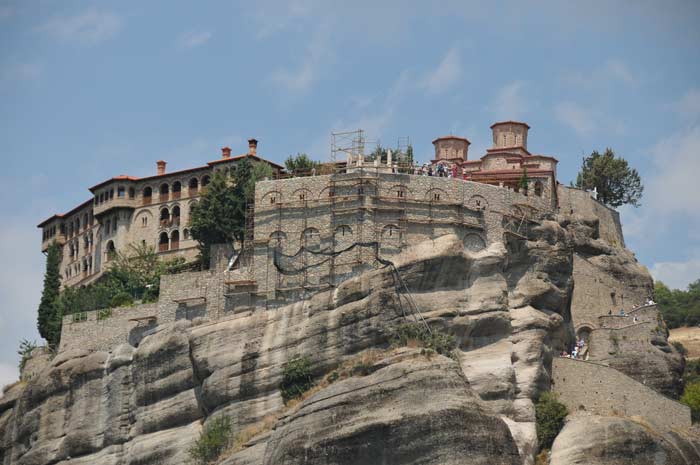 The first documented hermitages are in Metéora since the 11th century, written traditions even reports about a settlement before the 10th century. 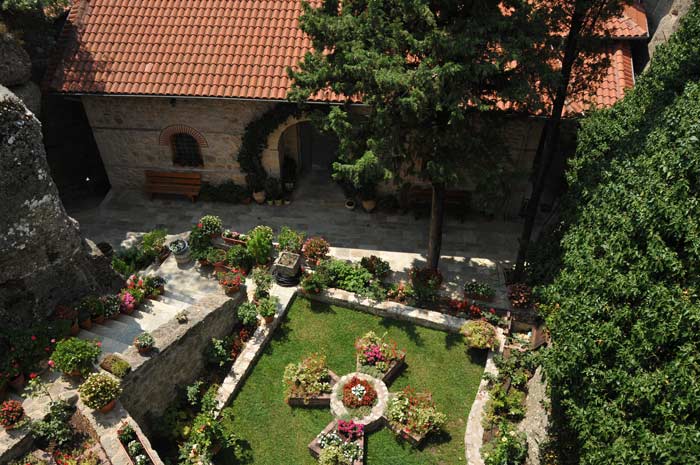 Over the years these hermitages grew into an organized community along the lines of the holy Mount Athos and formed the monastery Doupiani. Here the view into one of the monastery gardens. 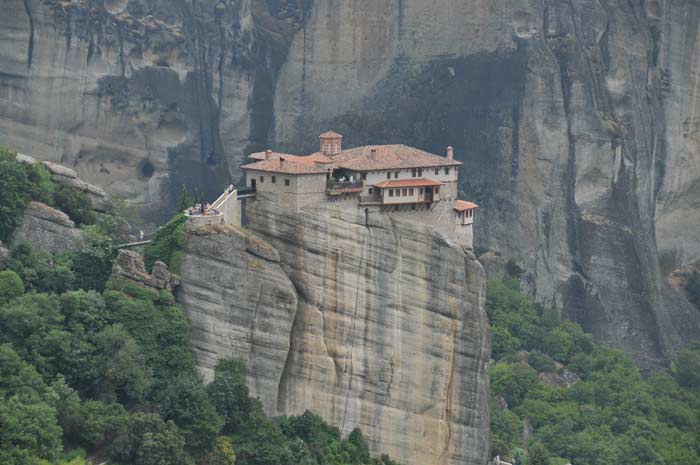 With the arrival of the fled monk Athanasios of Athos  in 1334, the rise of the monastic life began in the region. Together with his spiritual mentor Gregorios and 14 other monks he founded the monastery Metamorphosis in 1344, also known as Megálo Meteoro. 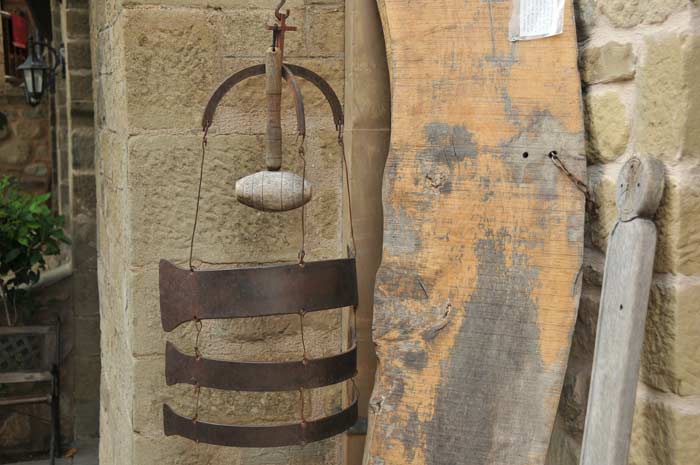 Athanasios established the valid rules of monastic life in Metéora and was beatified after his death as Athanasios Meteorites. With the hammer and gong the monks are called to the daily praying. 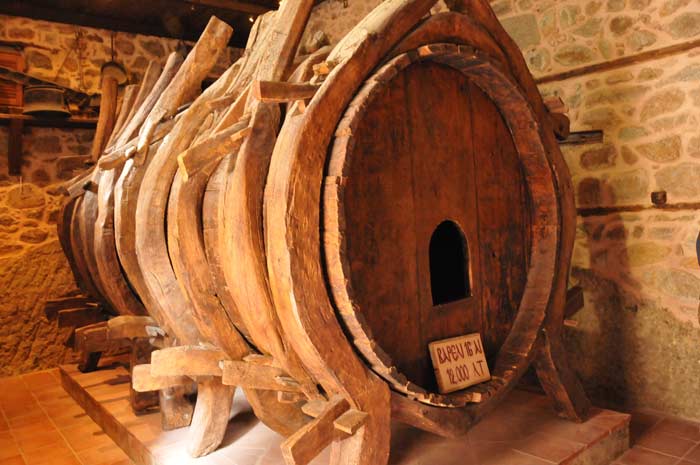 During the 14th century more monasteries were built and financially supported and got granting privileges of pious regional rulers like King Symeon. This included the vats and brewing. 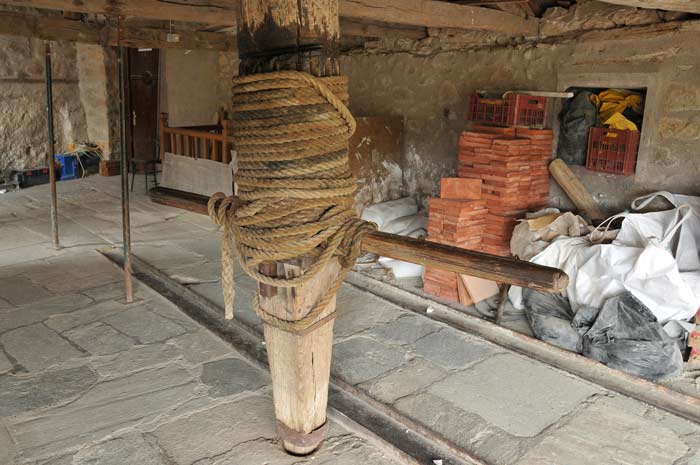 Over the years, several monasteries and hermitages were formed, whose founders have survived only partially particularly. As these monasteries were situated high up on the rocks, the material transport was a real challenge and probably still is. 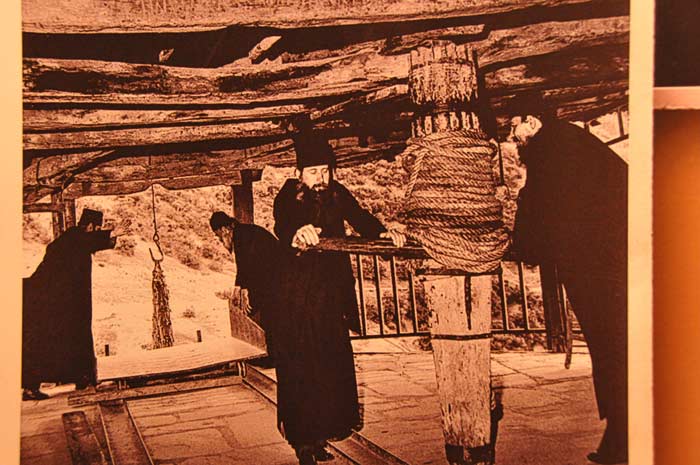 This picture shows two monks who pull a load up. The monasteries Metamorphosis, Varlaám, Rousanou, Agia Triada, Agios Stefanos and Agios Nikolaos Anapavsás are still inhabited and can also be visited. 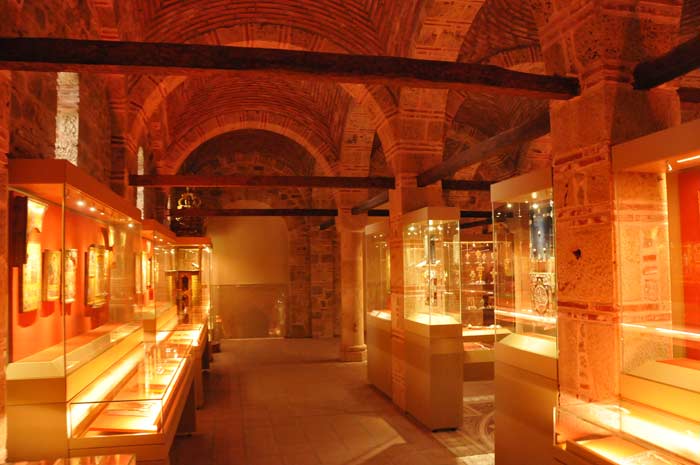 Each of the monasteries has its own day of rest but these days are never simultaneously. Also there is a museum with numerous exhibits and impressive pictures of the work of the monks. 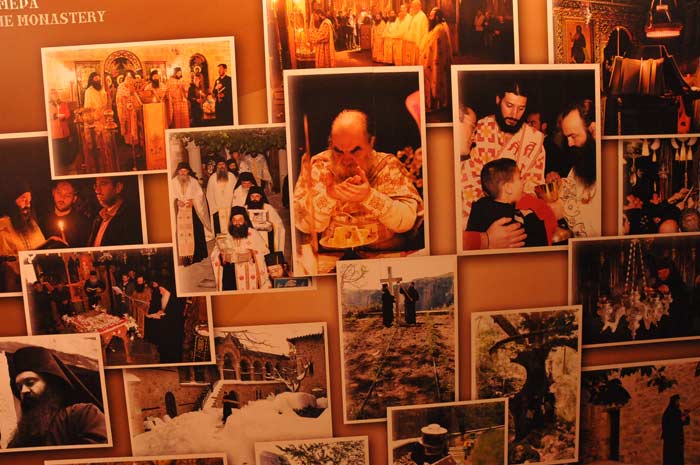 Attention should be paid to the dress code for visitors of the monasteries . For Men shorts are taboo, like miniskirts and sleeveless tops for women. But in some monasteries these are partly tolerated. 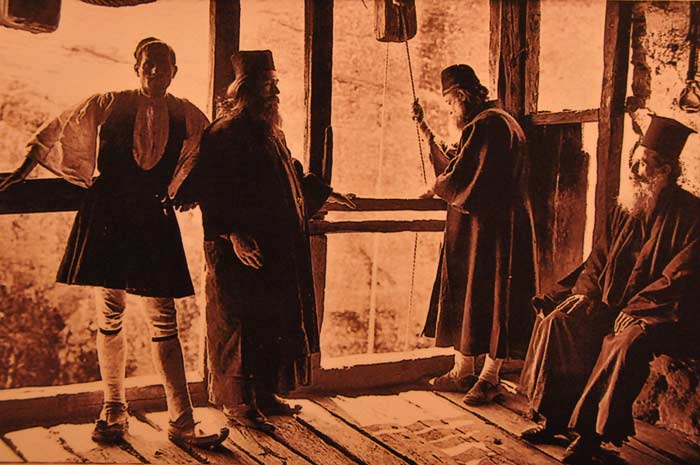 Also women in dresses or skirts are rather seen as  in pants; Pants wearing women are asked in some monasteries to wear a skirt, which can be borrowed at the entrance. 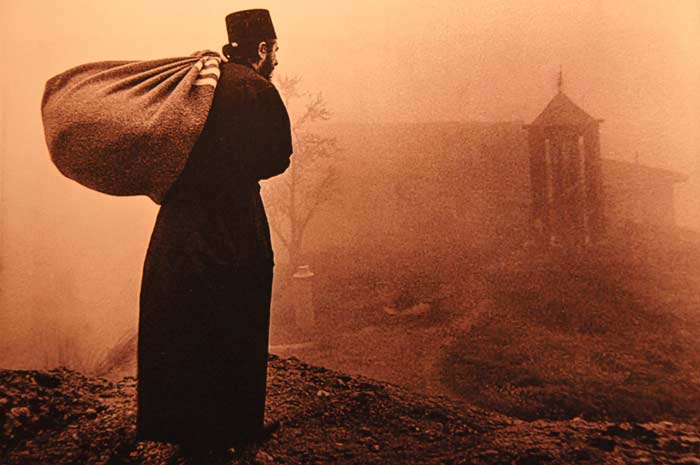 The climb to the  not inhabited and dilapidated monastery ruins is difficult, often dangerous and can not be recommended. 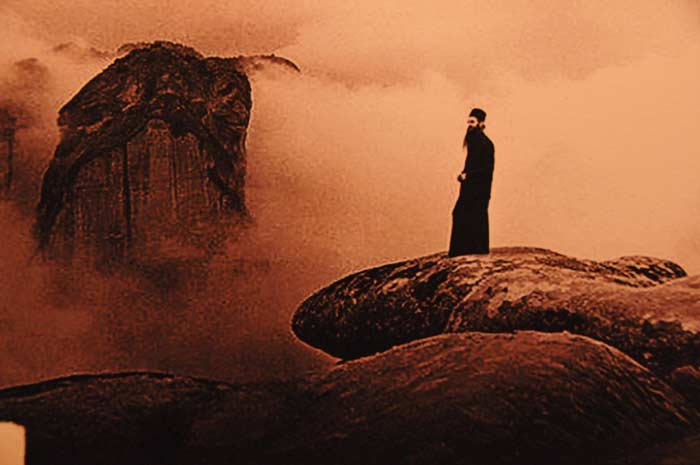 On the way to New Zealand - America later on