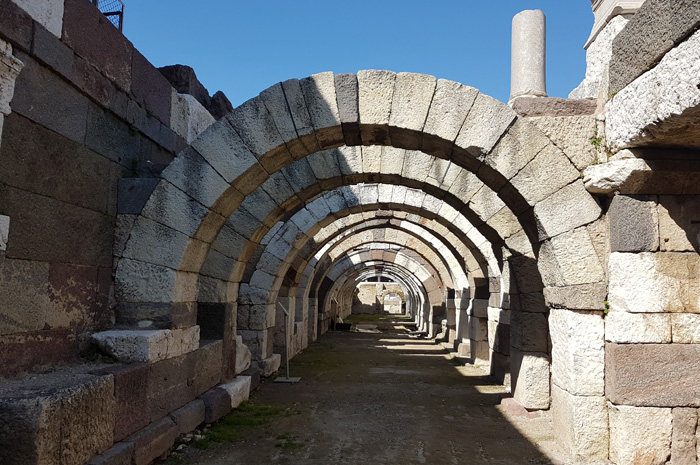 Several times we had visited the site of the Agora of Izmir next to the Kemeralti Bazaar between the Çankaya and Konak districts, now again a visit was made, since the terrain is more and more reopened. 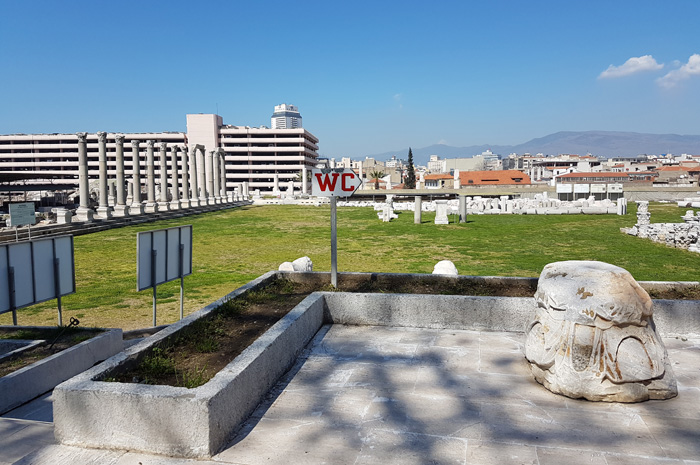 This had not been possible for decades, as new settlers, mostly from the East of Turkey, had settled there and had built their homes illegally to the ancient places. 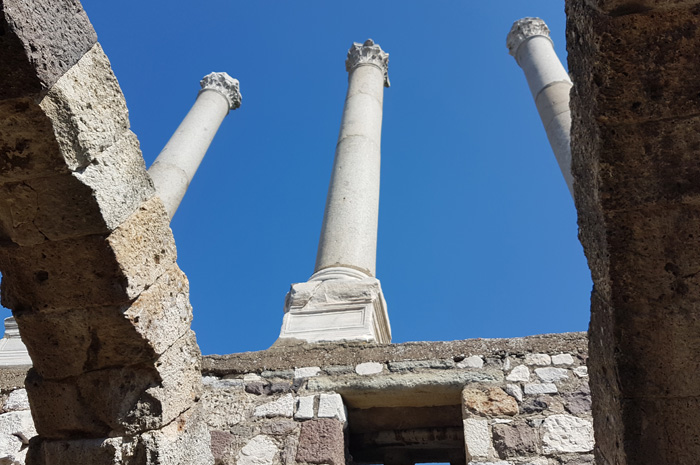 Only the resettlement of these settlers made further excavation work possible, which in the future should extend over the entire castle mountain of Kadifekale. In 2007, the metropolitan region of İzmir began the renovation and restoration work in Kadifekale. 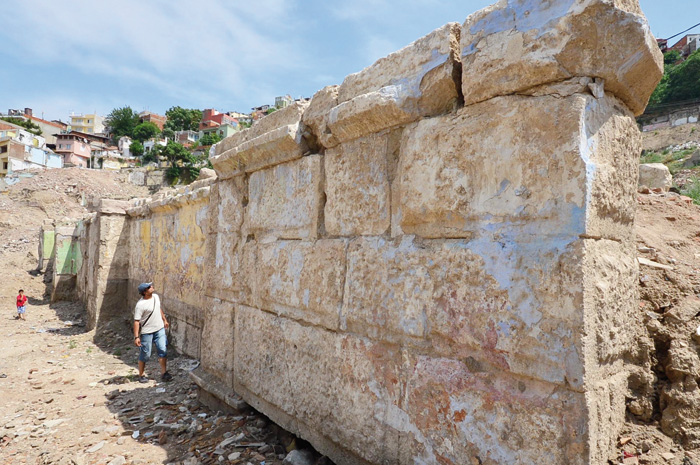 Kadifekale, literally translated from Turkish with "the velvet castle", is the name of the hill, which is located in the urban zone of İzmir, as well as the name of the ancient fortress too. 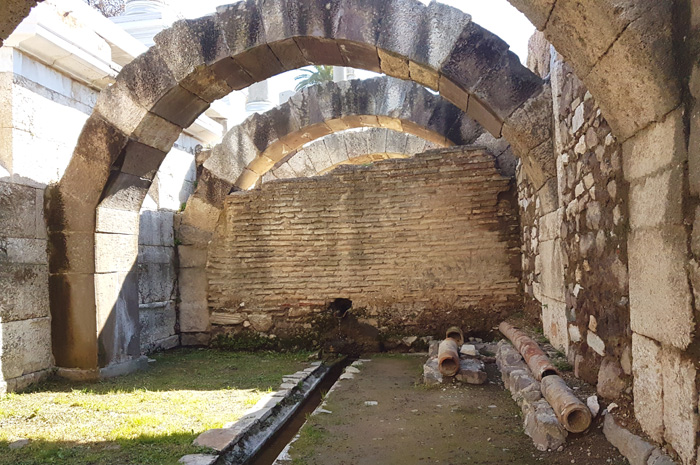 Both, the hill and the fortress were built during the pre-Ottoman period by the local Greeks during the period of the so-called Pagos. 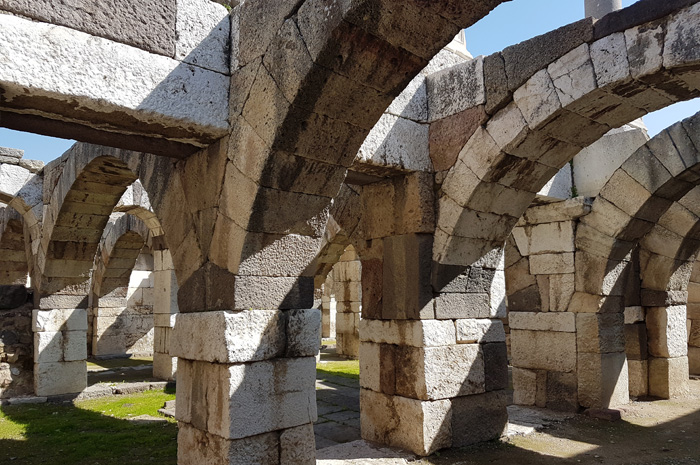 Pagos comes from the Greek language meaning "sub-rule of the Roman Empire". 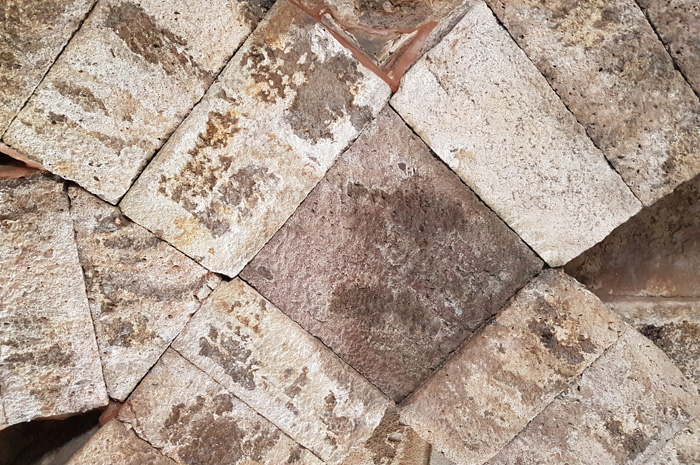 The hill on which the castle is located about 2 km from the coast, while at the same time allowing a view of a large part of the city of İzmir and the gulf of İzmir. 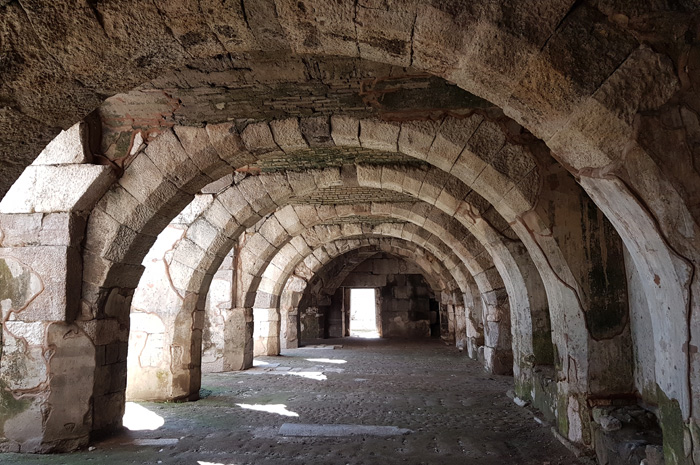 The entire area of the Pagos Mountain was once the Old Town area as Alexander the Great considerably contributed to the urban renewal and later the Romans erected their magnificent buildings and thus made Smyrna significant. 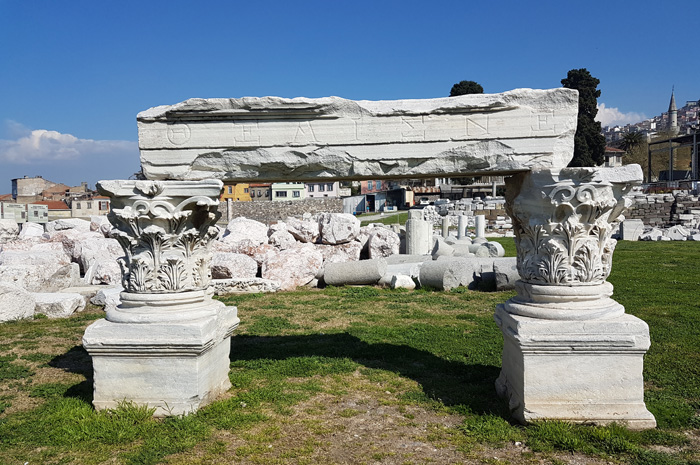 Only recently, other excavations have helped to reveal parts of the former theater building, which, however, have not yet been released for visitors right now. 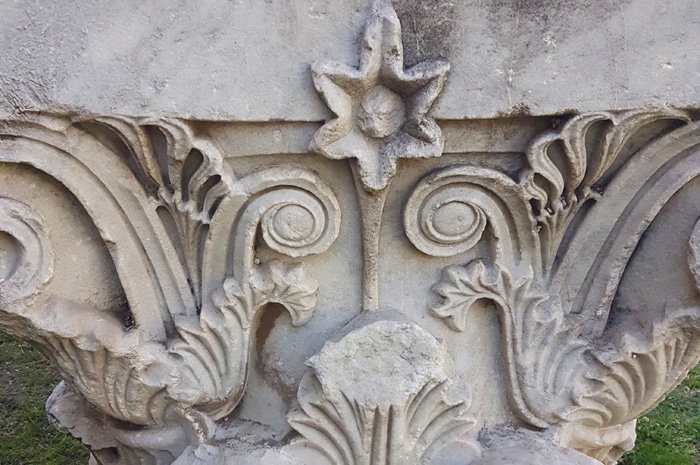 But it is worth visiting the Agora, as the arches of the vaults are simply sensational in terms of their age. 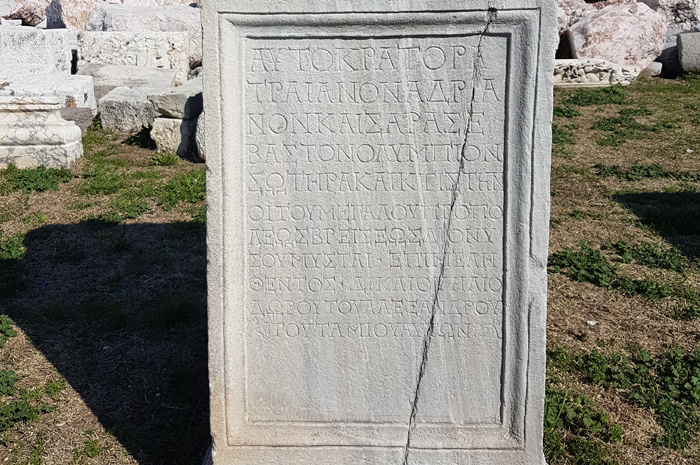 The capitals of the columns in the subtlety of elaboration are absolutely admirable, the same also applies to the fine inscriptions of the various artifacts. 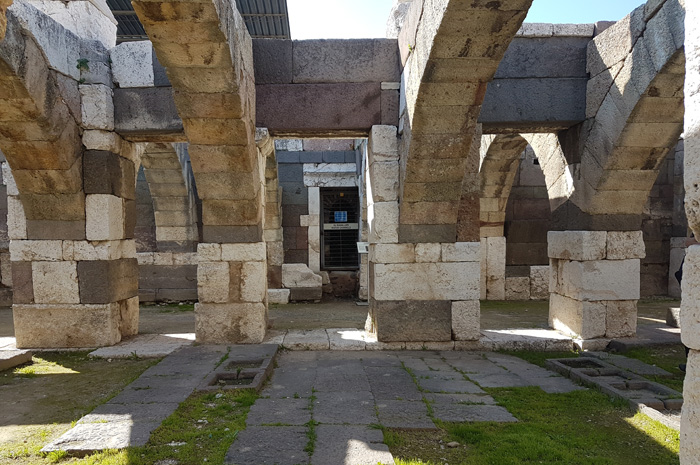 For those who are interested in the supply and disposal of a city center, the reference to the existing sewer system is to be allowed, where canal pipes or drainage shafts in many places allow a deep insight into the technology. 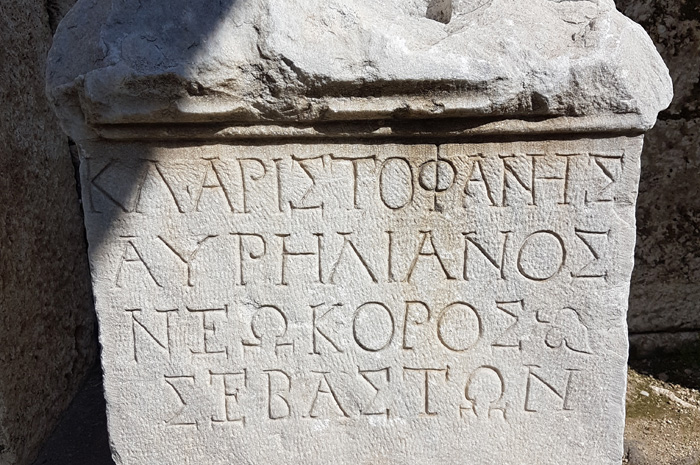 Use your visit of Izmir for visiting the Agora, which is really worth seeing.