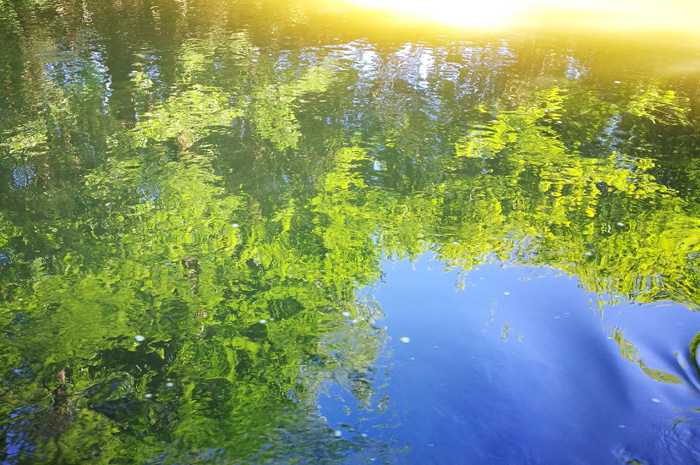 Once again cycling, the most beautiful section of the river Rems is to be passed by the so-called nature reserve "Lower Rems Valley", starting at the already described wooden bridges, where the Rems flows into the Neckar in the Remseck-Neckarrems district. 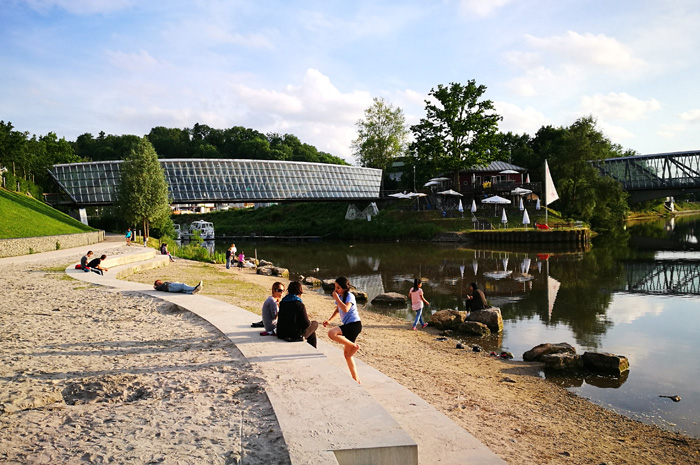 Directly at the mouth of the river connection, a small section of sandy beach was set up in 2014, which was built for relaxation and soul-dangling in the context of the restoration project: Remseck at Neckar invites its residents and visitors to return, so their slogan says. 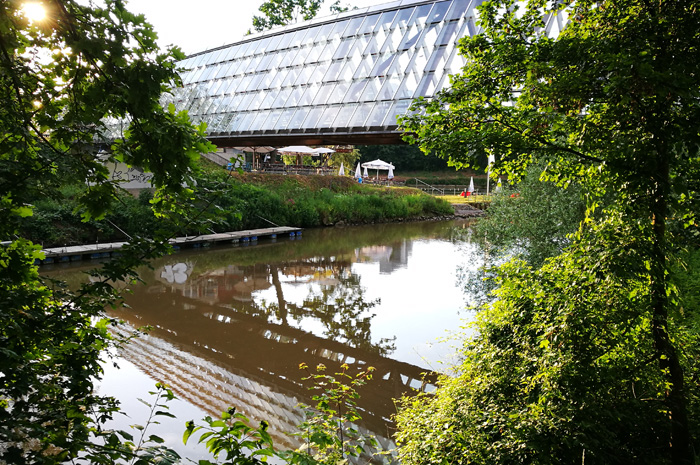 We pass the sandy beach, however noticing, how strongly the visitors use the offer, many families with their children come here to spend part of their free time. 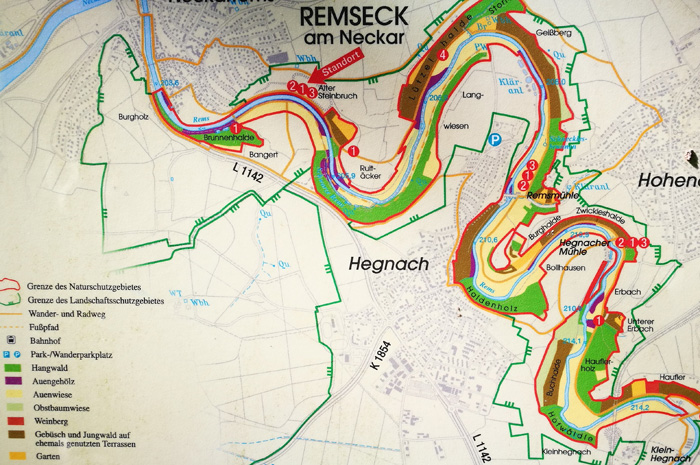 Shortly afterwards, we leave the village of Remseck-Neckarrems on well-marked bike paths and approach the Lower Rems Valley, where there is no car traffic. 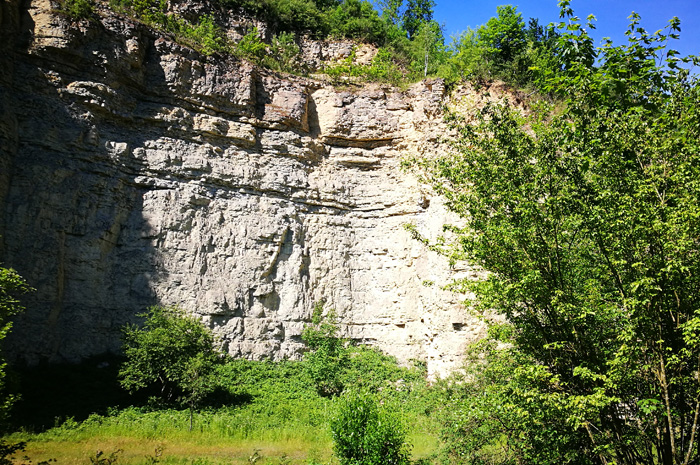 Signboards along the way give explanations about the Rems Valley itself, to the history of the origin of the valley as well as to fauna and flora. 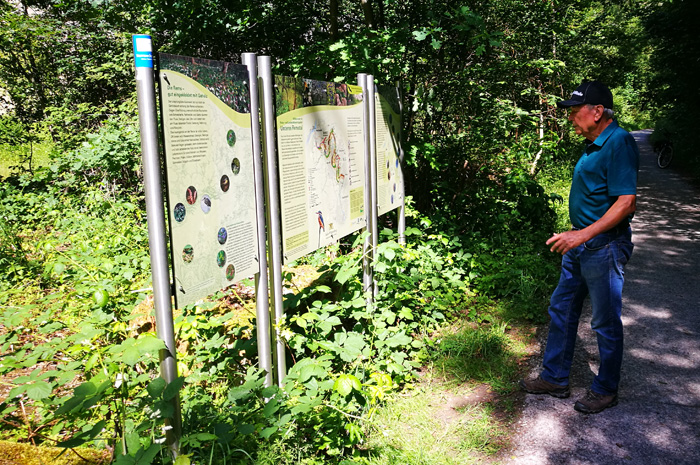 Again and again we stop because of the beautifully reflecting water surface of the very slow flowing Rems. 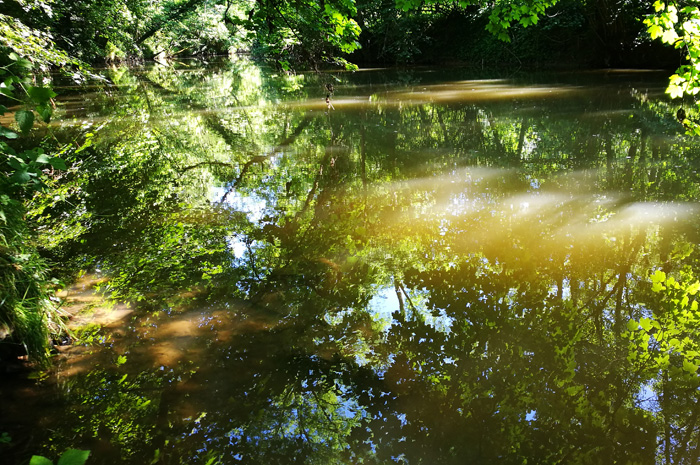 Sometimes, however, one also finds indications that lack a foundation, as this signboard right on the shore, very old and grown-in. 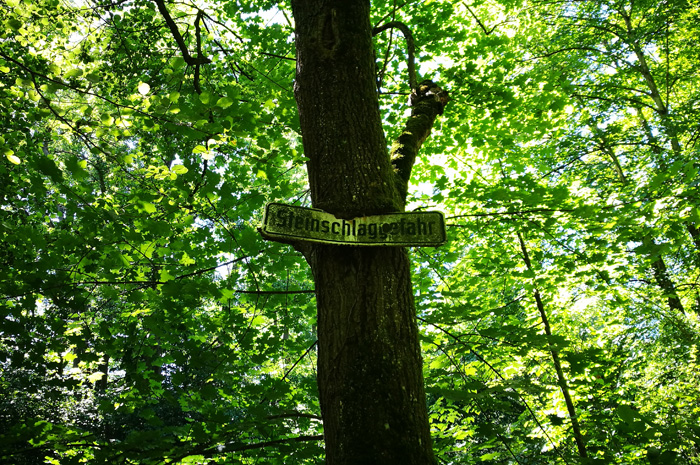 Further up there are then some rapid parts, which are already sounding from a distance. 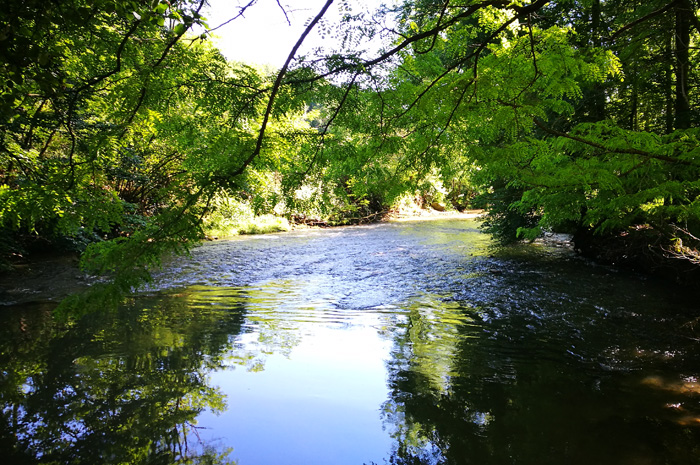 Because of the heavy rainfall, there is a lot of mineral in the water, so it is very brownish in some cases, so there are strong contrasts on the water surface. 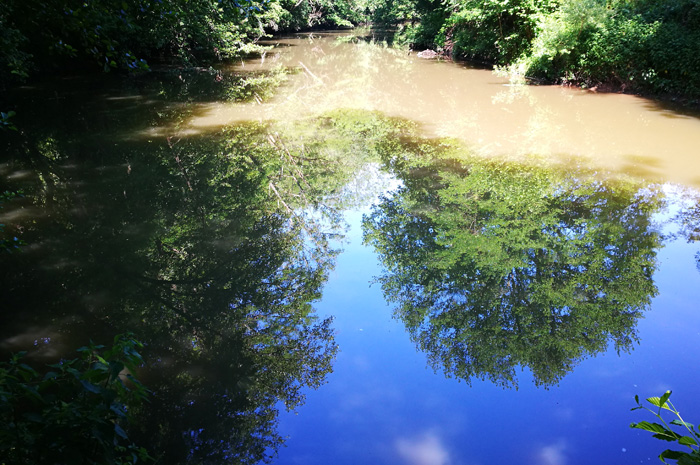 Then, again, there are bottlenecks, where the surface of the water is strongly curled, despite very little wind. 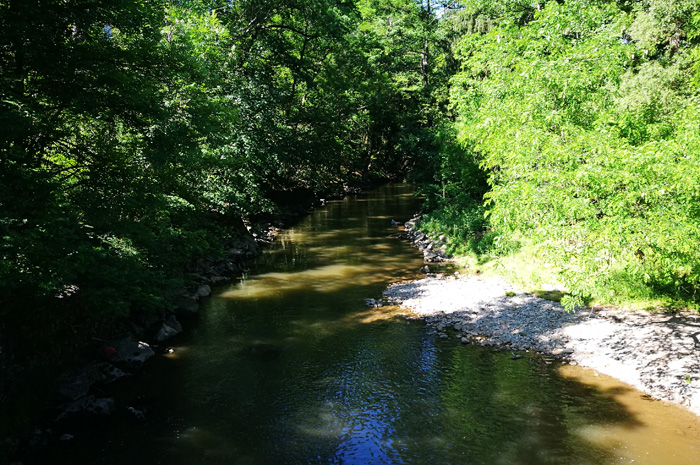 A little further up the river, a fish-stairs at the ramp, which was arranged to operate the nearby water mill. 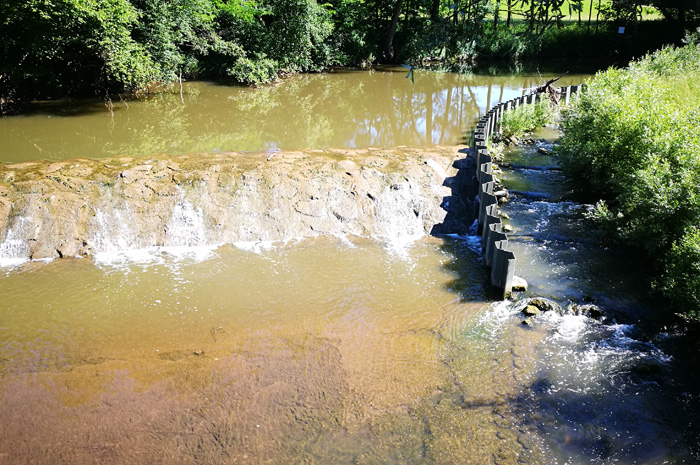 Here again the partly strong flow in the river is shown again, the Rems is showing alternating richness on relatively short section. 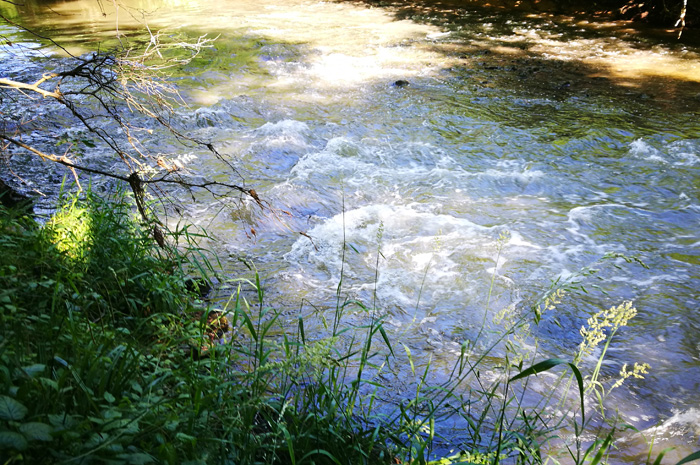 Then sluggish. With wonderful color play by the sun. 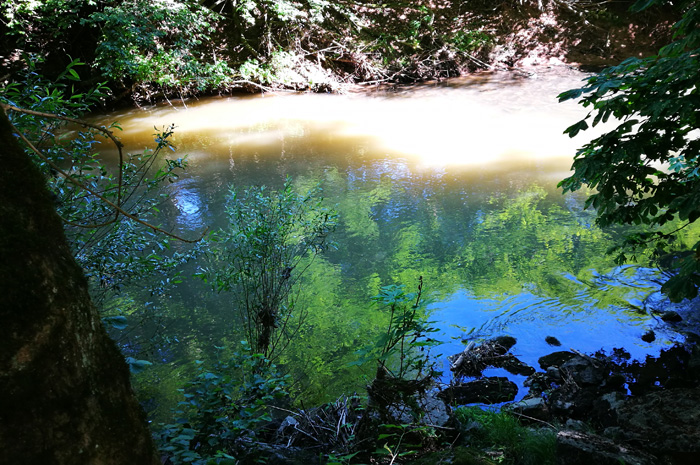 It is simply indescribable, which reflections result on the water surface. A formidable cycling tour, simply fantastic.

Biking Tour through Lower Remstal - Waiblingen was the target

The Celtic Cycle Route - 9 sites on the way