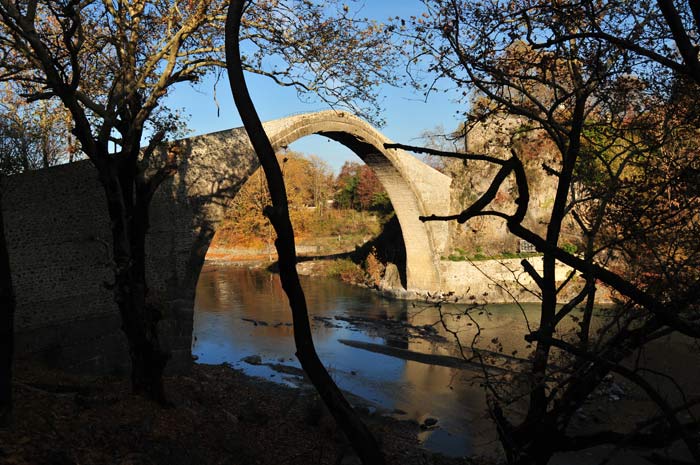 During our first visit to the Pindos Mountains, especially on the way to the Vikos Gorge, we became aware of the stone bridges, which are equipped with mighty arches and span the rivers here in Epiros. 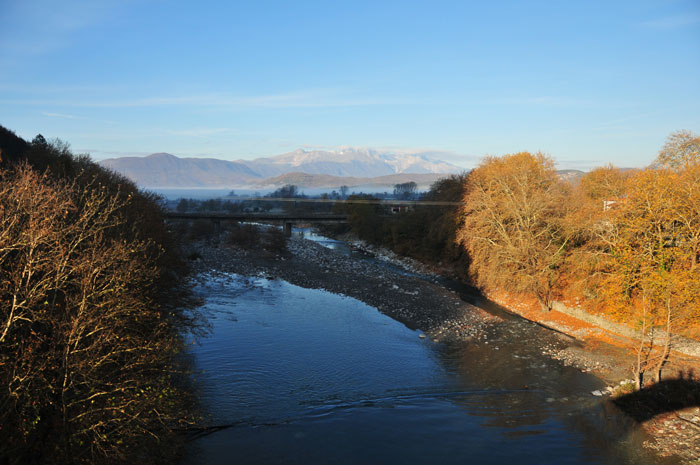 The two largest rivers of Epirus (Voidomatis and Aoos) meet just south of Konitsa on the Albanian border with the Sarantaporos and then flow together through Albania to the Adriatic Sea. 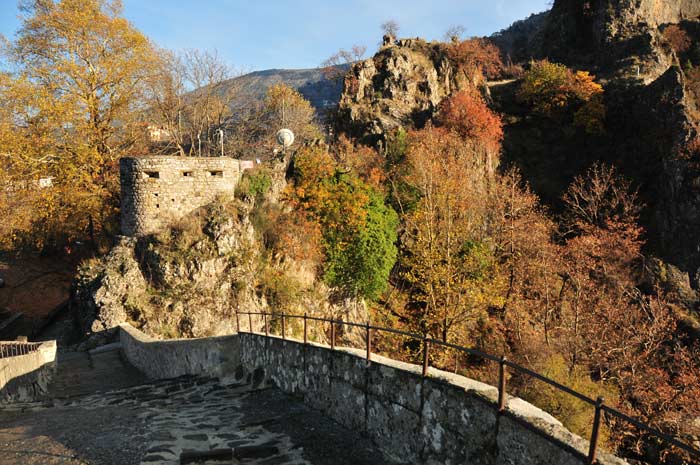 Above the town of Konitsa there is such a huge arched bridge too, which has been here since its completion in 1870 as a pedestrian bridge over the river Aoos. 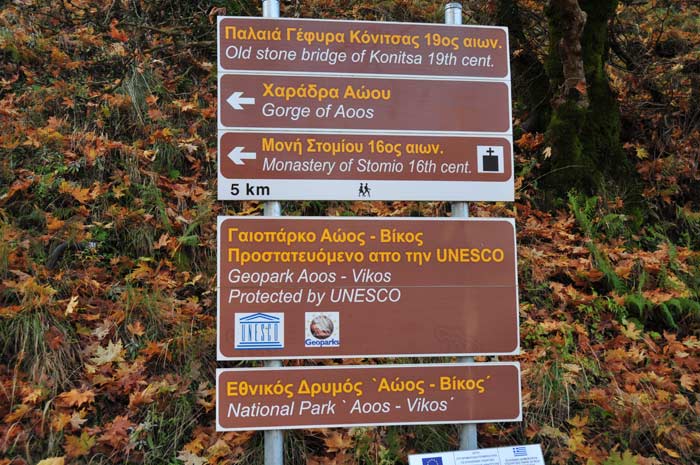 This vault bridge is not only one of the largest pedestrian bridges in the Balkans with a height of more than 20 meters and a length of about 40m, it is also a symbol of Konitsa. 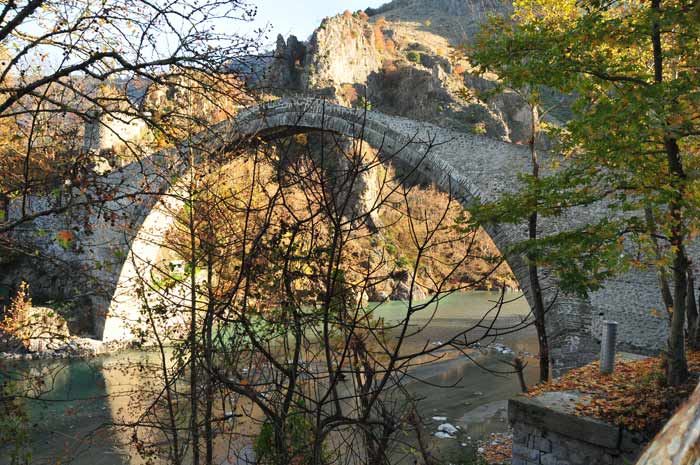 The construction started in 1823 and work on it took about 50 years. 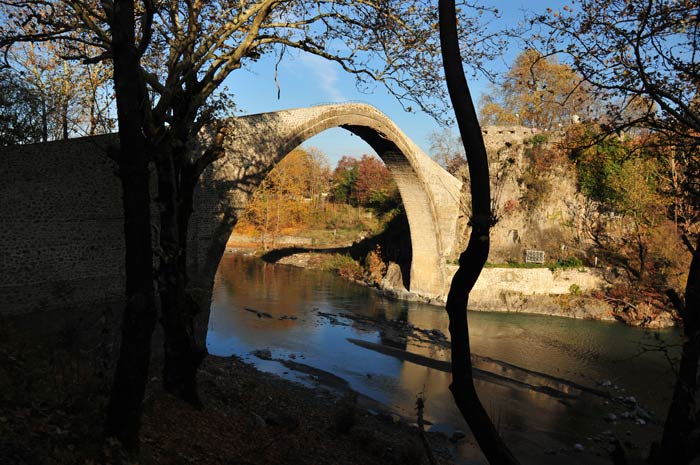 In the middle of the bridge, a bell is installed, which can be heard as a warning signal in case of strong winds, because then it is dangerous to cross the bridge due to the steepness with low parapets! 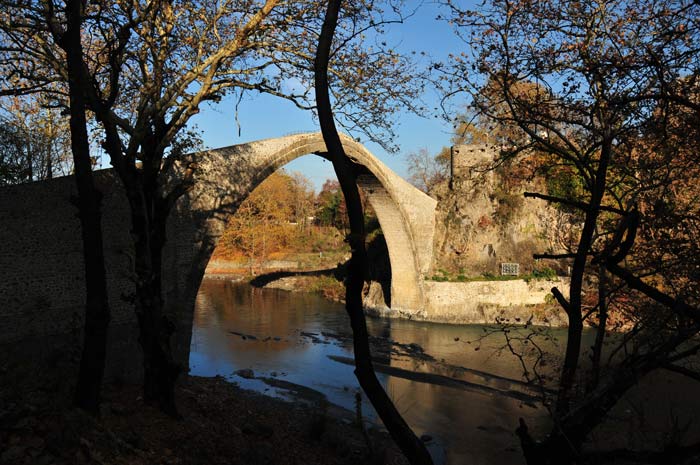 The bridge crossing the Aoos also marks the border of the Vikos-Aoos National Park. Here begins the spectacular but relatively easy hiking route into the Vikos Gorge. 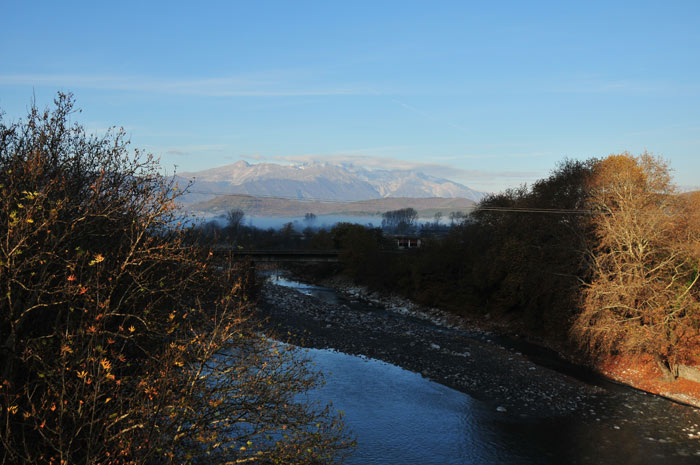 We cross the bridge to the other side of the Aoos River and follow the path which is following the Aoos, which, by the way, is one of the most popular rafting and kayaking routes too. 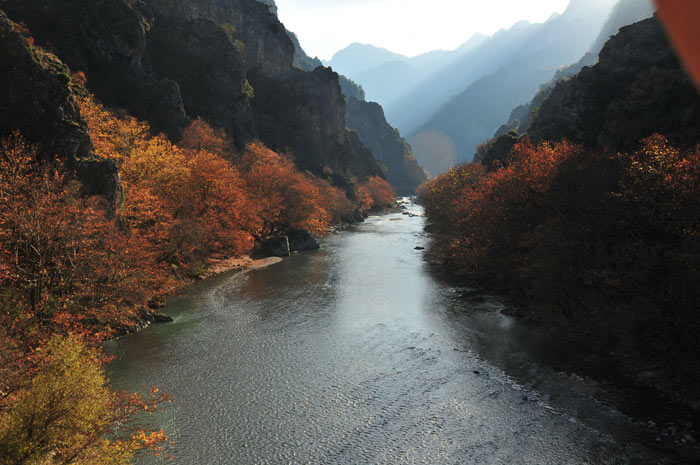 A landscape covered with plane trees accompanies the river, forming a shady, green roof over the path in summer, now in autumn it is rather the mighty root systems that can be admired. 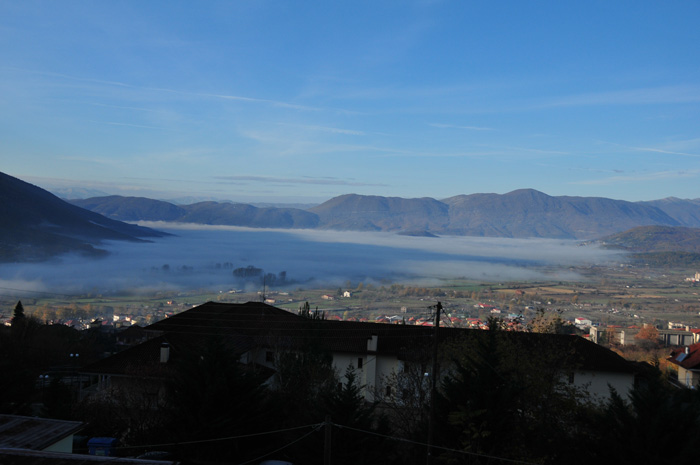 After about an hour we reach the Monastery of St.Stomion (Moni Stomiou), which is from 1774, where, with some luck, you meet a friendly monk, who also explains questions about the history of the area.