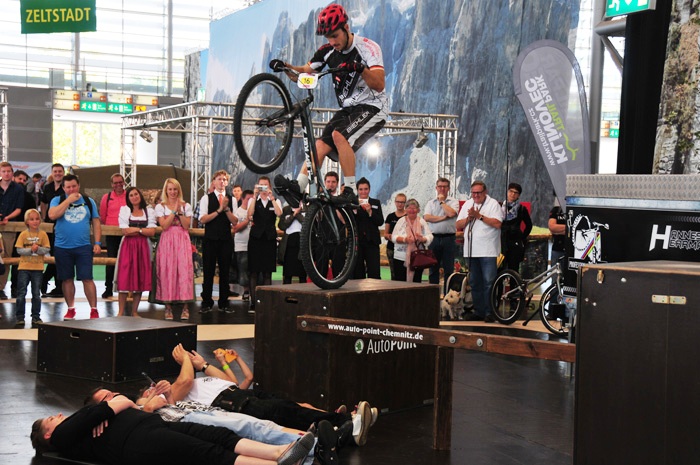 Another highlight during the Caravan-Salon Düsseldorf, this time in the Aktivhalle 6, where besides topics of travel and hiking, mountain biking and canoe paddling many options for own sports activities were offered: within them as a highlight Hannes Hermann! 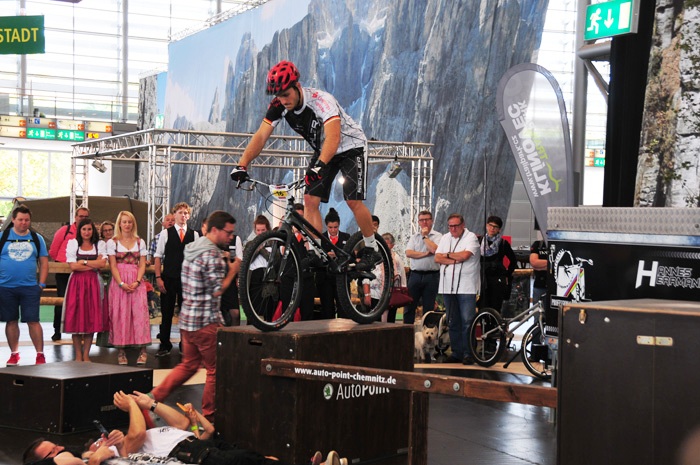 Hannes Herrmann has been a member of the world best trial athletes for several years and now shows his skills of absolute mastery on the bike, which demand the applause of the visitors. 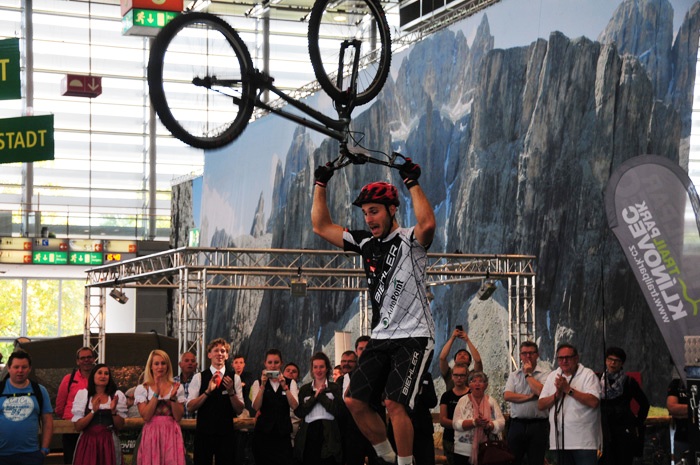 The 6-time German champions has won the final rounds in almost all international competitions in recent years. First he jumps on his bike on top of the platform, then high above the visitors underneath. 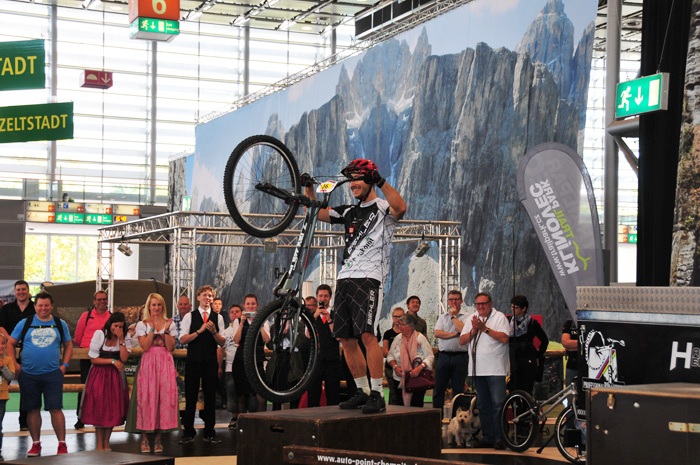 German audience was applauding long, as he was able to secure the silver medal at the European Championships as season finals. 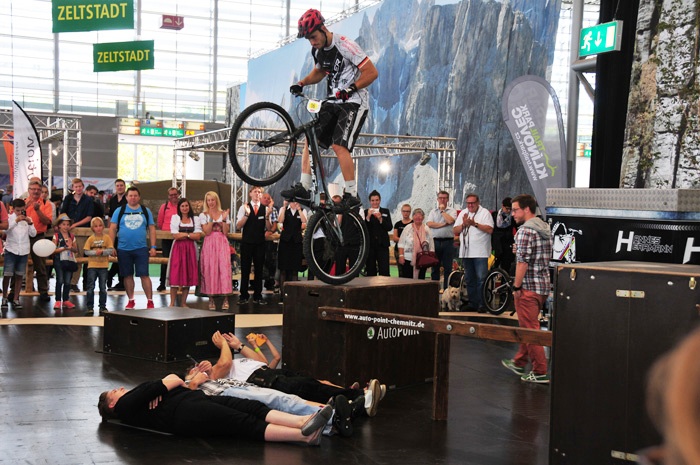 At the World Cup in Austria, he won silver with his team-mates. 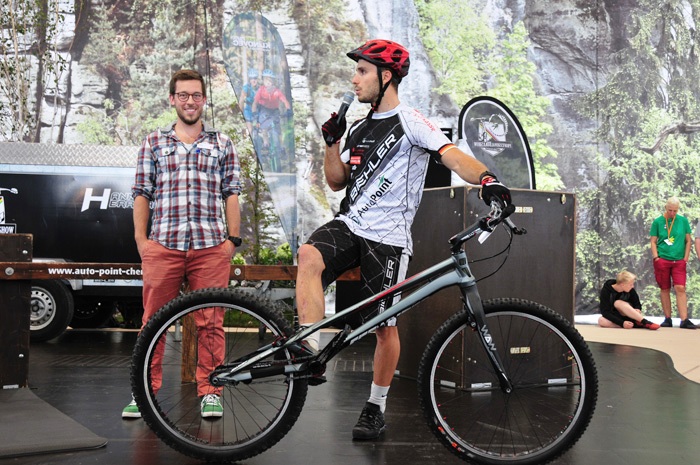 In 2013, he also won the World Cup in Heubach, Bronze in front of a home crowd and in 2014 he teamed with the German bikers in Lillehammer. 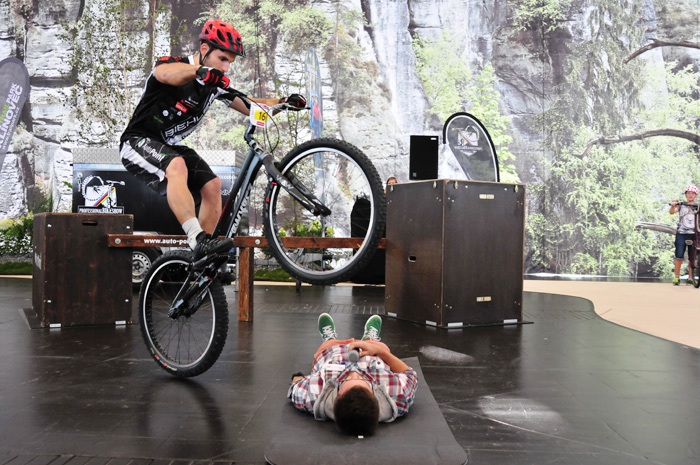 Hannes Herrmann was born in 1989 and lives in Chemnitz. The 23-year-old has been active in the Trial sport since 2003 and was already able to win his first two bronze medals at the 2007 World Cup in Scotland. 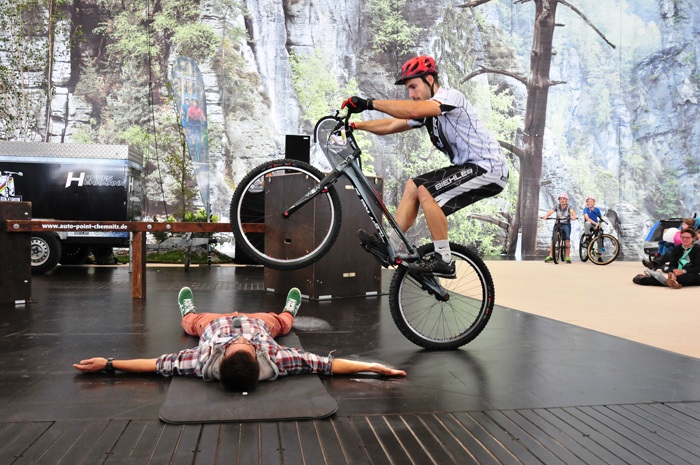 Since 2011 he has completed a degree in sports engineering at the University of Mittweida. 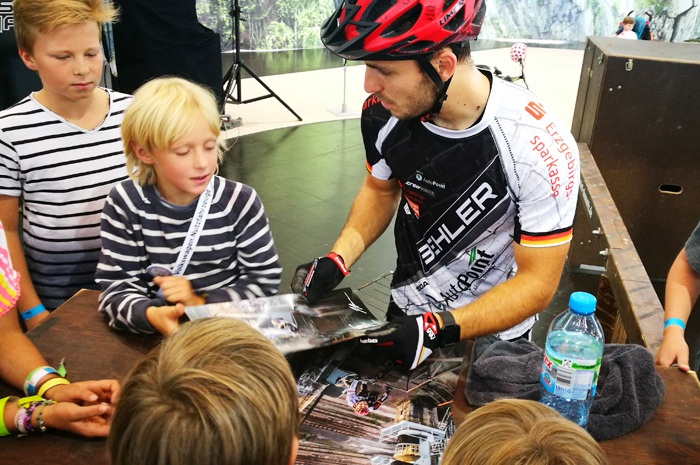 Hannes Hermann: Three days of shows at the Caravan Salon in Düsseldorf are passed. There were nine lovely performances with great spectators. Many Thanks 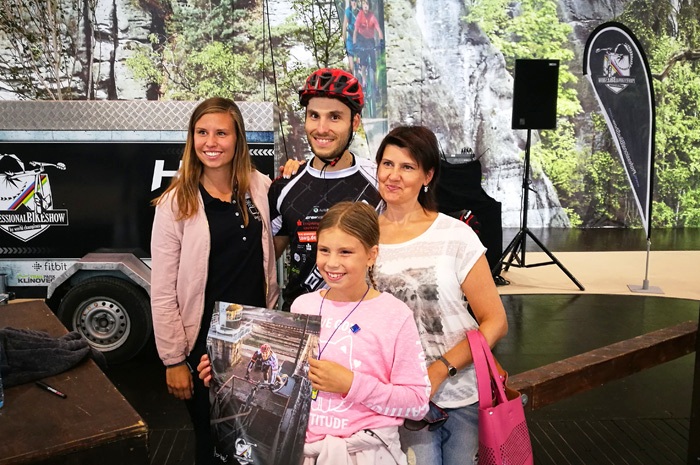 Are you still biking? Or did you start turtle´n already?

sCarabane - a caravan concept with a variety of new ideas