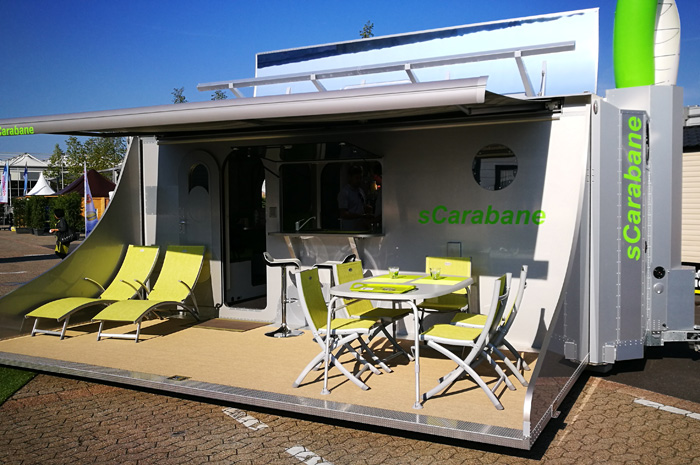 Genuine innovations sometimes take a long time to come, often lack of courage, often the retention of overhauled technologies because you do not recognize the train of time or because you simply want to hold on to the old acquaintance? 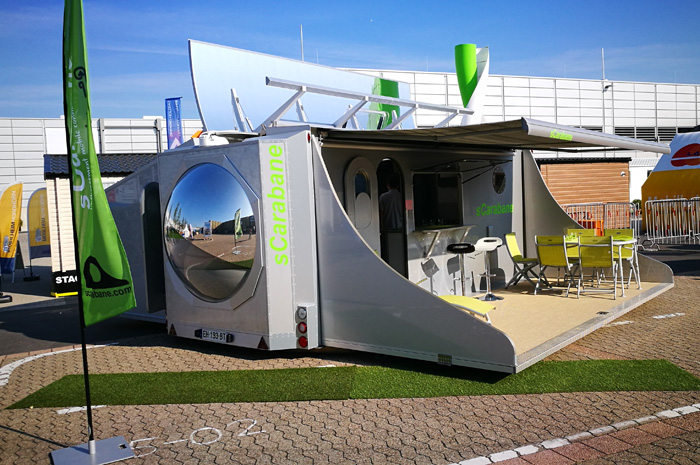 It is precisely this topic which is controversially discussed in the framework of the problems about Diesel pollution, but the first partial solution is clearly on the table. And if in other countries producers accept horrendous punishments as manufacturers, they should at least go the way of effective retrofitting. 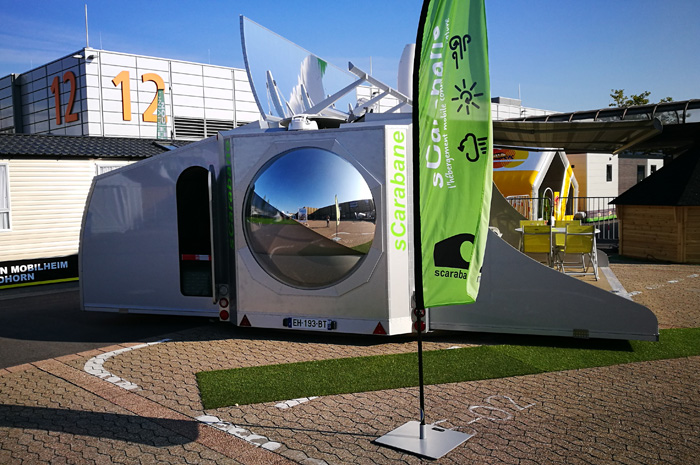 Sometimes a trade fair such as the Caravan-Salon in Düsseldorf is already that large, almost unclear, that one almost overlooks examples of genuine innovation. 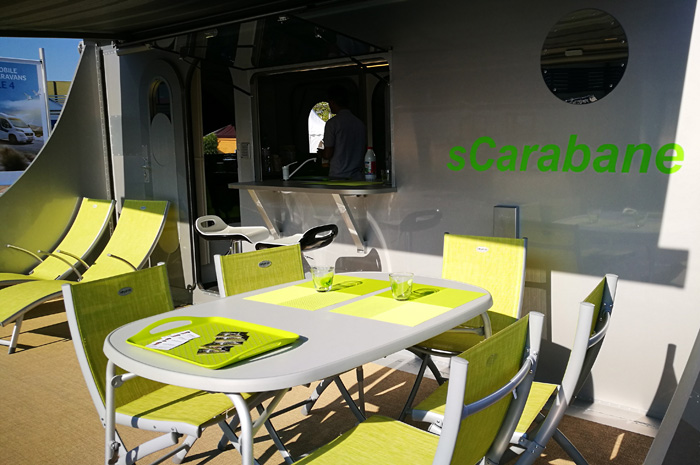 So in the course of the day, when we crossed the open spaces between the halls with all the offers of delicacies and resting areas when we were dazzled by a mirror. 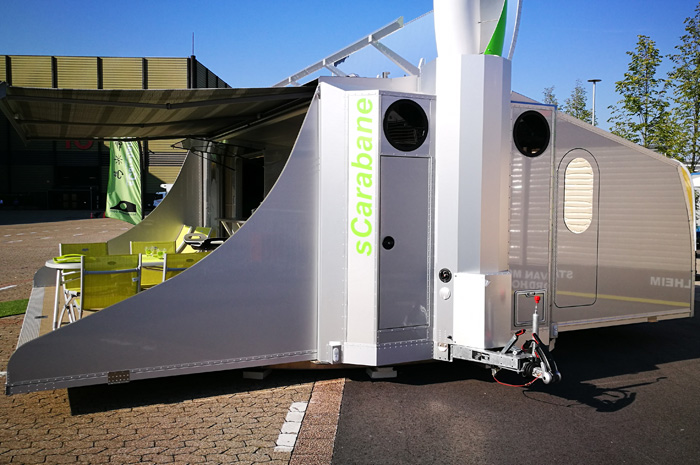 Just in alignment with the sun set in motion, we were drawn to a vehicle with a large metallic glossy sun sail, which we could not initially assign: a mobile restaurant with a large terrace? 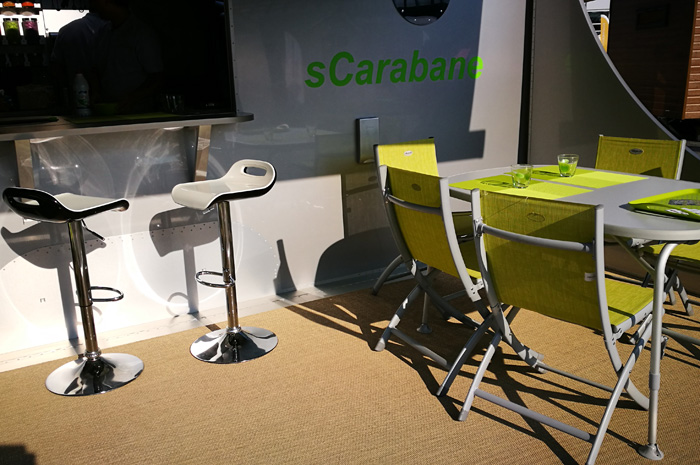 We meet an employee, who is a senior engineer Clement Chassaing and who is willing to explain some details of this prototype, because it is a really innovative caravan. 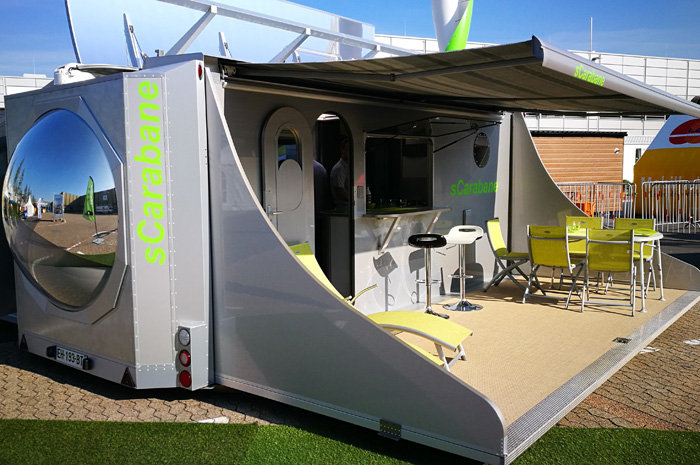 In this way, the solar sail reflects the incoming solar radiation bundled onto a conductive medium which is used for the generation of hot water. At the same time, the entire caravan is rotatably mounted so that it can follow the course of the sun. 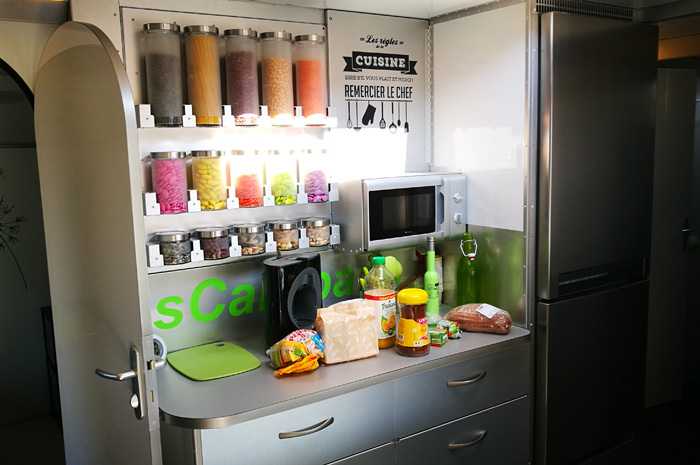 A turbine-like propeller provides electricity, almost one can speak of an autarkic caravan. 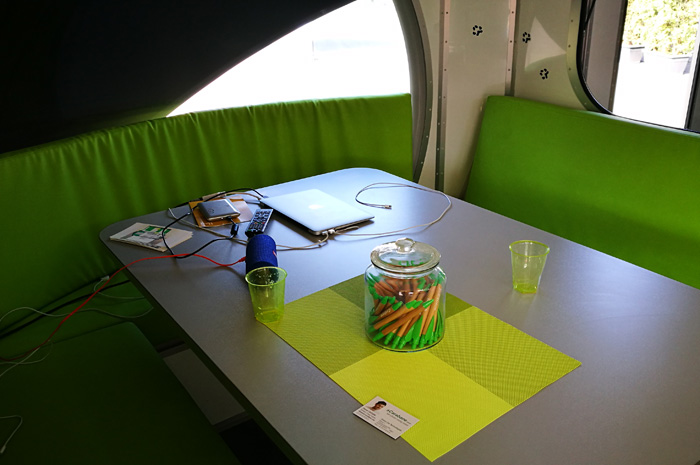 Particularly interesting to us was the enlargement of the living space of this caravan, which consists of foldable wall elements, by this it emerges to two full-value bedrooms within thirty minutes. 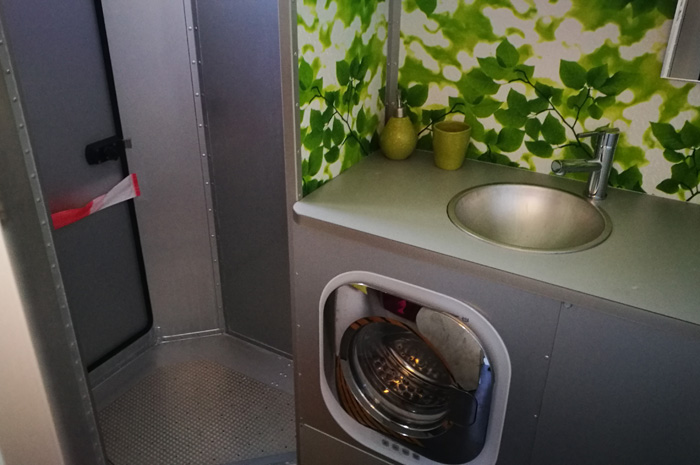 Another highlight is the huge round window, which serves as a backrest of the seat in the interior, but can also be darkened according to the sun. 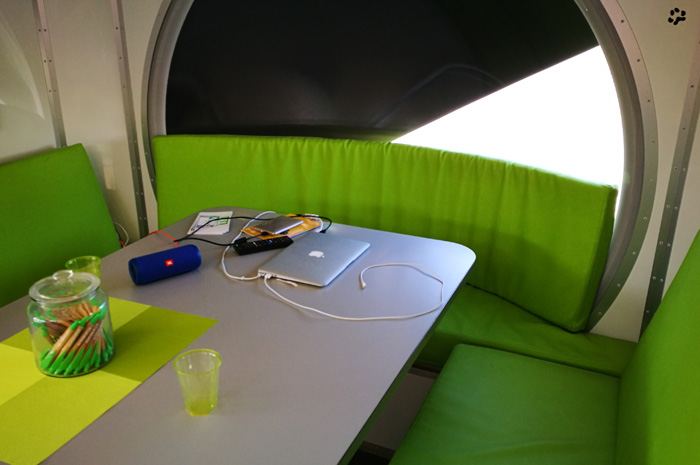 Little surprised and being noticed as a restaurant we found the lovely seized terrace on the other side, always open to the sun. 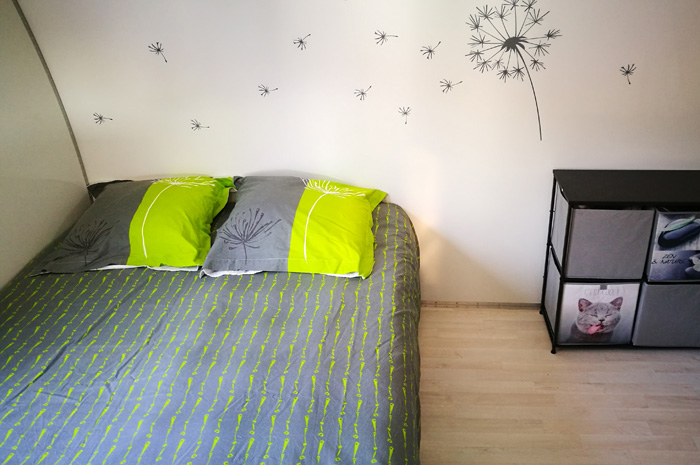