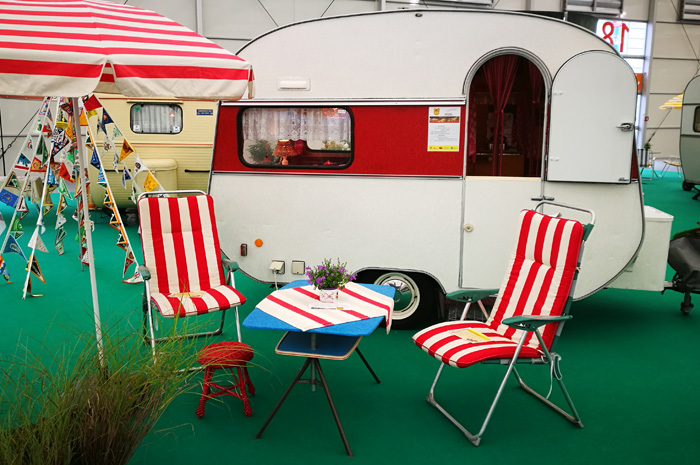 On the next day of the Caravan-Salon Düsseldorf, we followed our compulsory first round, this time focusing on Hall 18, where an interesting supporting program for beginners in camping tourism has been put together. 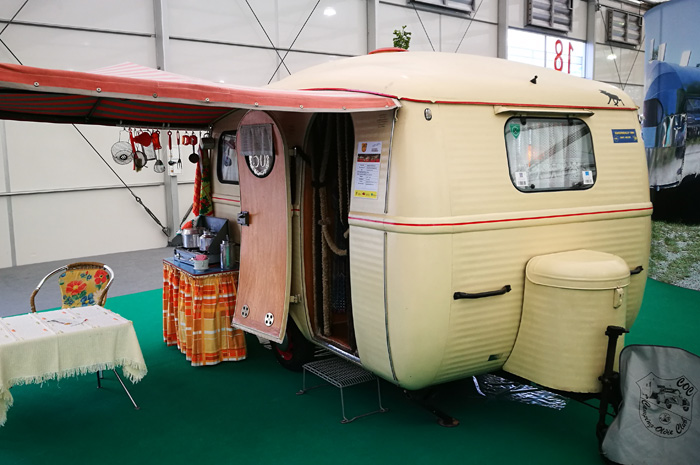 Thus, lecturing events on vehicle technology are just as easy as the following route concepts for beginners, which are also suitable for exploring with a rental vehicle, in order to underline the basic readiness to enter into the purchase of an own vehicle. 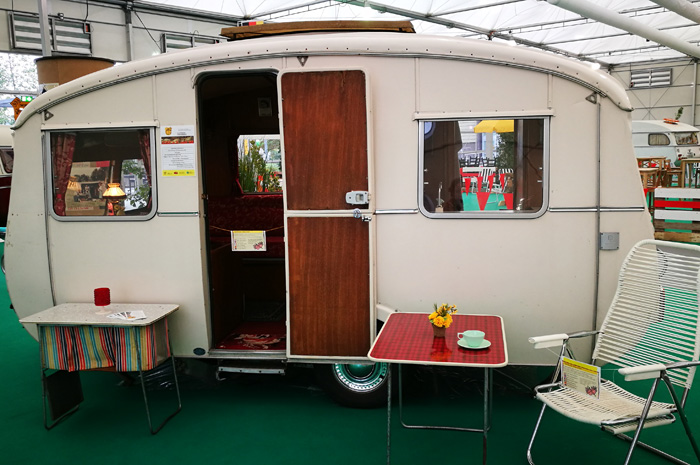 Experts give advices on the loading of the vehicles, about the support load and the overall weight and .... to the really worth seeing area in this hall: the caravan classic vehicles. 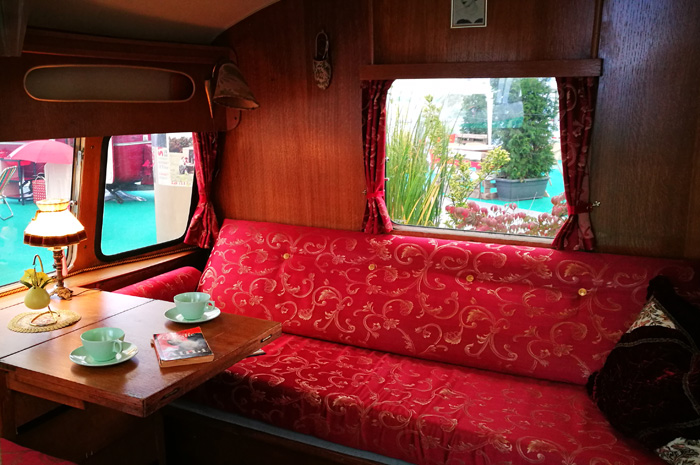 It is already a good tradition that the COC enriches the Caravan Salon with its historic vehicles and many nice accessories from the beginning of the caravan history, thus offering the many visitors a short breather while walking through the halls. 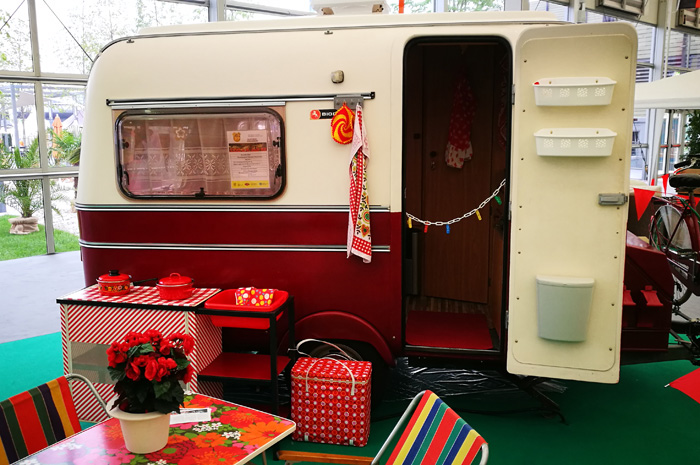 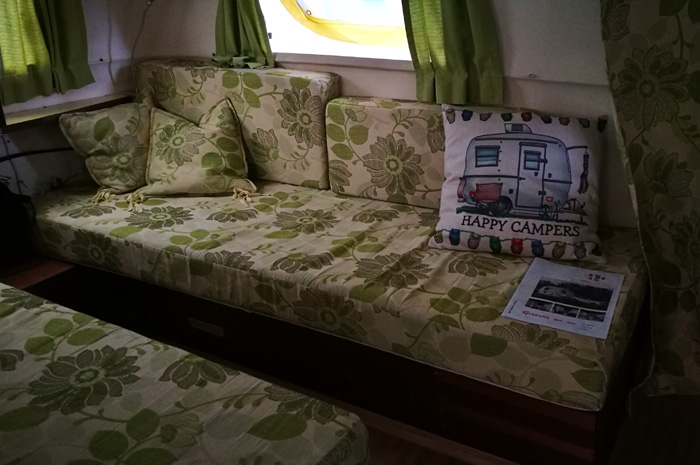 Among other caravans, a series of Dethleffs caravans from the 1960s, as well as three copies of the Belgian brand "Constructam", are visible in various sizes. 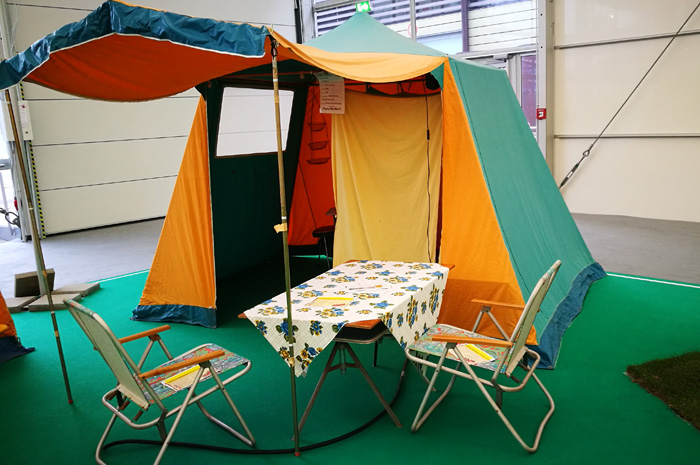 A Sport-Berger from 1959 as well as the small Knaus-Schwalbennest or a very modern Solider Artic from Finland from the year 1986 are shown, which have, however, already more then 30 years under their wheels. 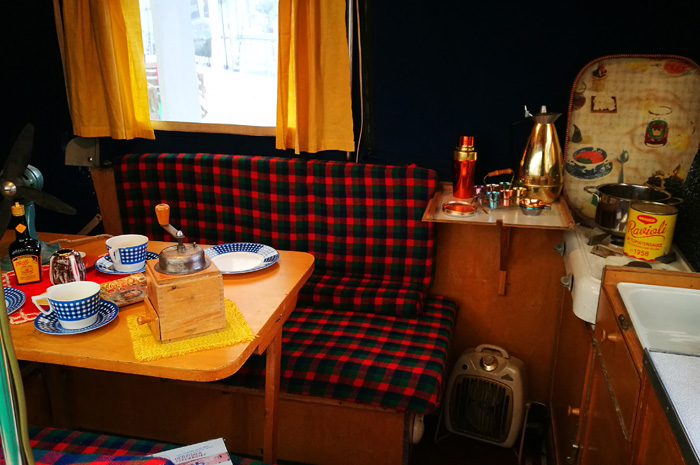 The Camping-Oldie-Club was founded in 1988 as a community of interests for the care of old tents, tent trailers, folding caravans, caravans, mobile homes and to care old camping habitants. 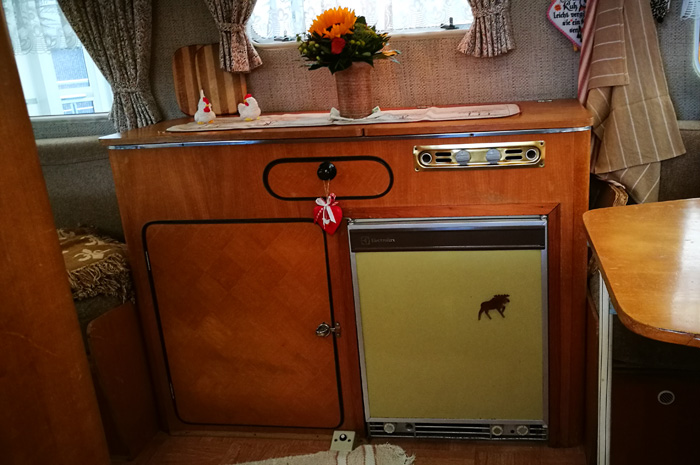 About 420 member families in Germany, Switzerland and other neighboring countries belong to the organization.

Traveling to the Caravan-Salon in Düsseldorf - stopover in Jena