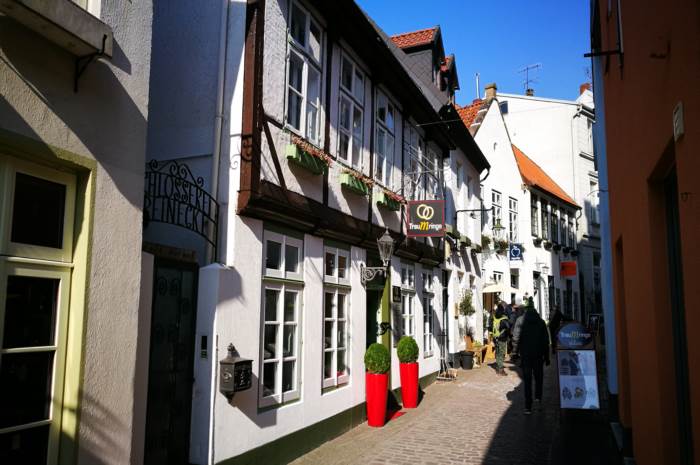 Although there are still low minus temperatures, which are sometimes accompanied by heavy gusts of wind, but the clear blue sky and the sunshine lure into the open. We are guests at Lennart, a student at the University of Oldenburg, which can also forego a long history of development in education, especially of teachers. Our walk leads us to the city center, which also has middle age crafted, half-timbered houses. Our walk leads us to the approximately 3.7 kilometers away city center to Pferdemarkt, most well-known of the central places. 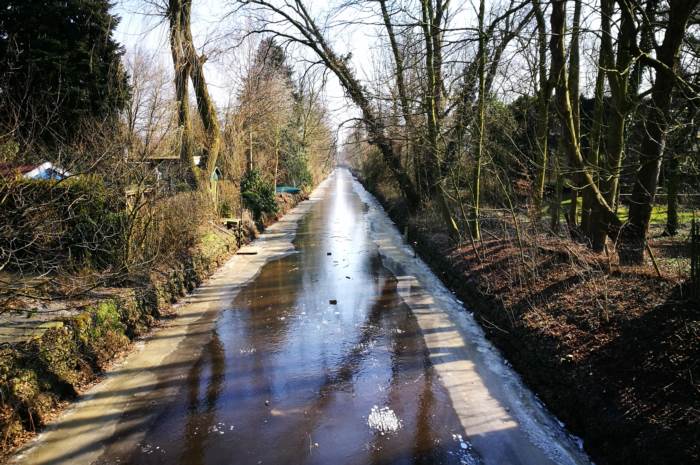 Already from 1793 to 1927 the education of elementary school teachers took place at the Protestant teacher seminar Oldenburg and the junior high school. From 1947 to 1965, the training of teachers at the Pedagogical Academy and the College of Education (PH), which was converted on December 5, 1973 in the Carl von Ossietzky University Oldenburg and since October 13, 1991 bears her present name. In the image one of the many channels through Oldenburg, close to the university, deeply frozen. 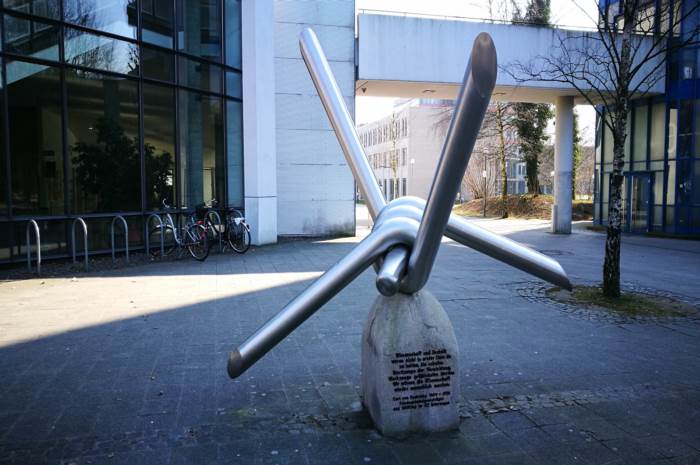 There are currently around 14,000 students studying here. The University operates a botanical garden as a teaching garden, located on the Philosopher's Path. It is open to the public as well as the garden for listeners next to the "Haus des Hörens" on Marie-Curie-Road. 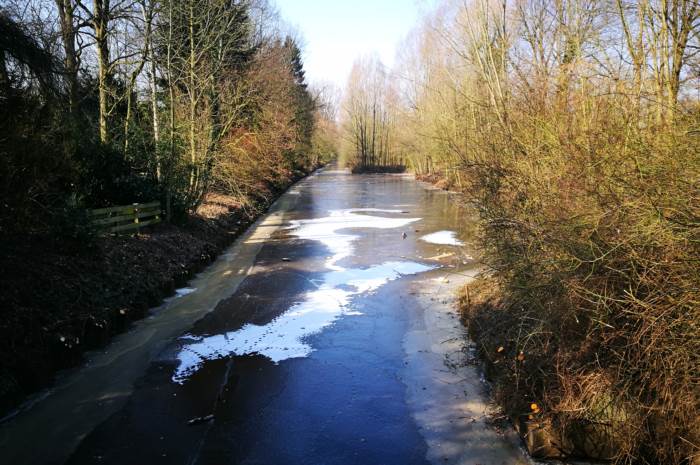 According to the results of archaeological excavations, the history of Oldenburg began in the 7th or the beginning of the 8th century AD. A peasant settlement developed on a spur in the Ammergau near a ford over the Hunte in the area of today's marketplace and north and east of it. On the trade route from Bremen or Westphalia to Jever, a slight transition over the river arose here. An actual very green city, but at this time deeply frozen. 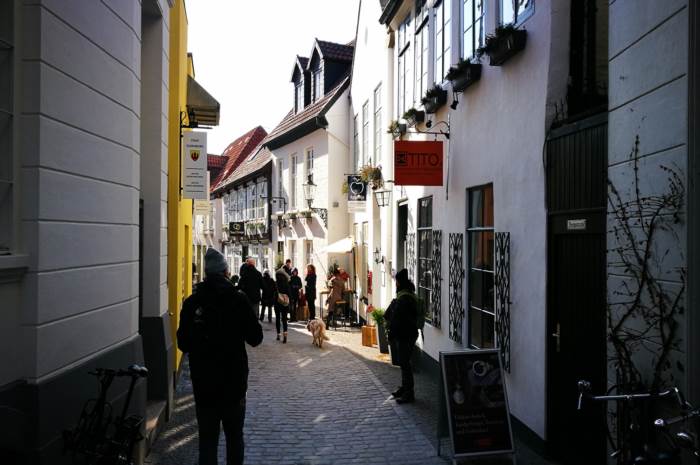 In the first half of the 11th century, the fortification in shape of an earthen wall called Heidenwall was built east of Oldenburg. By archaeological investigations of 2007, its construction could be dendrochronologically dated to the year 1032 and 1042 on the basis of the logs used. A look into one of the beautiful streets of the Oldenburg pedestrian area. 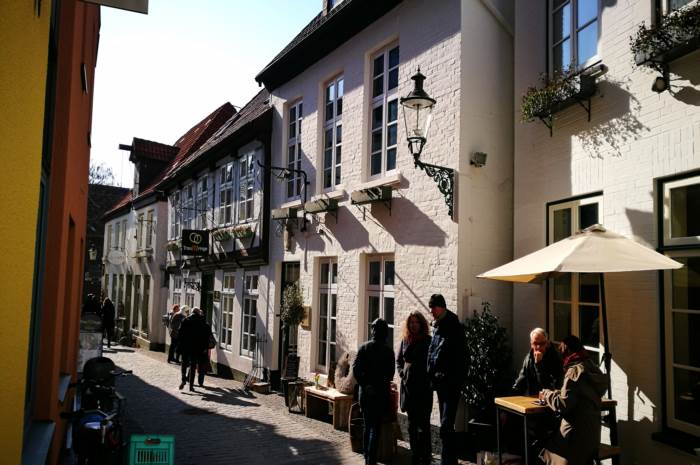 1108 the place with the name "Aldenburg" was first mentioned in a document. In the 12th century, the counts of Oldenburg used the favorable topographical situation to build a moated castle. They raised an inch, but could also block this passage in times of war. The castle was the administrative center of the county and in the vicinity, many members of the administration soon settled. Despite the cold, some passers-by are already using benches and chairs set up outside. 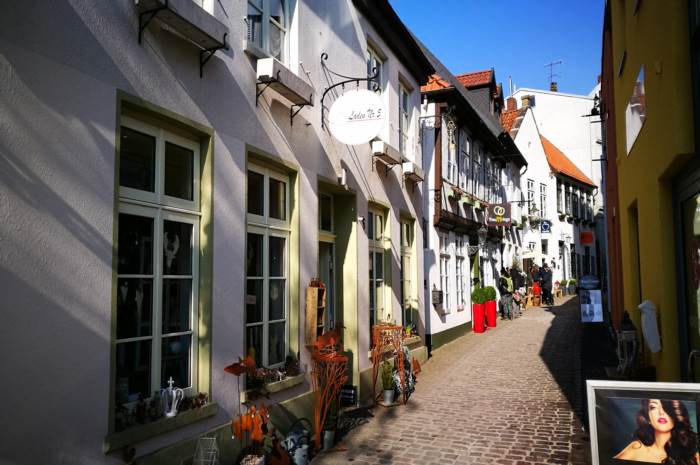 In 1345, the settlement in the archdiocese of Bremen, which was meanwhile called Oldenburg, was given city laws by Count Konrad I Bremer. A better fortification was built, with an extremely wide moat surrounding the wall and five city gates controlling access to the city. 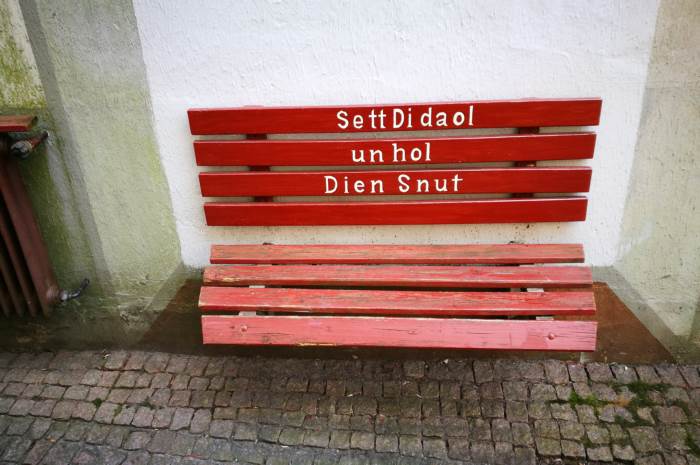 In 1448 Count Christian von Oldenburg became King of Denmark and in 1450 king of Norway (personal union of both kingdoms). In 1457 he was also elected king of Sweden. In 1460 he became Duke of Schleswig and Count of Holstein (from 1474 Duchy). The small manor house thus gained supraregional importance, which had a significant impact after the death of the last Count Anton Günther. 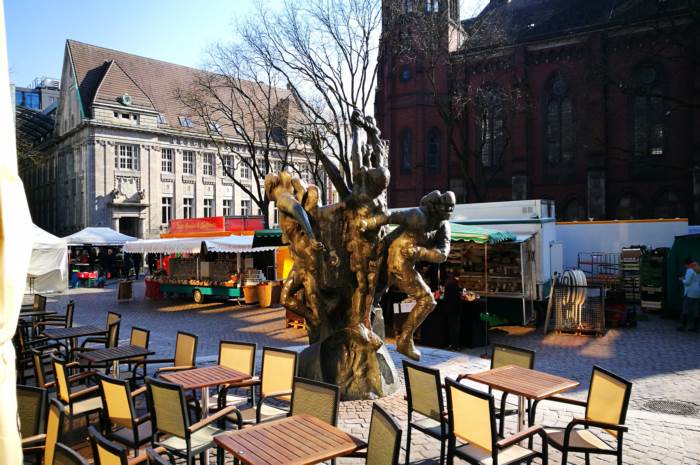 1603 began the reign of Count Anton Günther. He rebuilt  a part of the castle in Baroque style and started breeding horses that were very popular as "Oldenburg" horses. 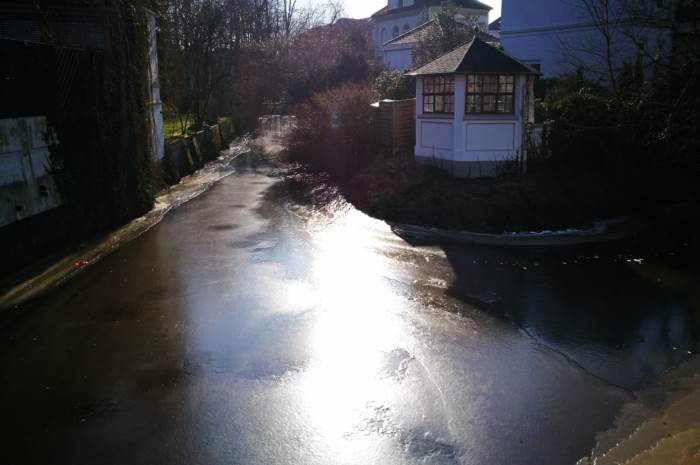 In addition, the count was able to protect the city for a long time from the effects of the Thirty Years War. When the general Tilly and his troops, who had their camp in Wardenburg, moved to Oldenburg, Count Anton Günther was able by negotiating skills and valuable horse gifts to induce Tilly to step away again.
In 1954, the Weser-Ems-Halle was opened and in 1967 the transformation of the old town began, making Oldenburg one of the first cities in Germany with a pedestrian zone.