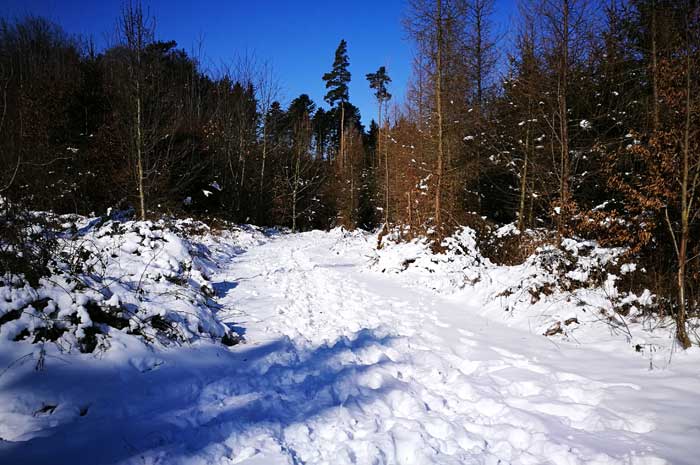 Although it was a few degrees below zero with sometimes icy gusts of wind, but the sun tempted and movement never hurts - this mentioned above, we wanted to take a short walk through the Western Woods between Diedorf and Rommelsried with George. 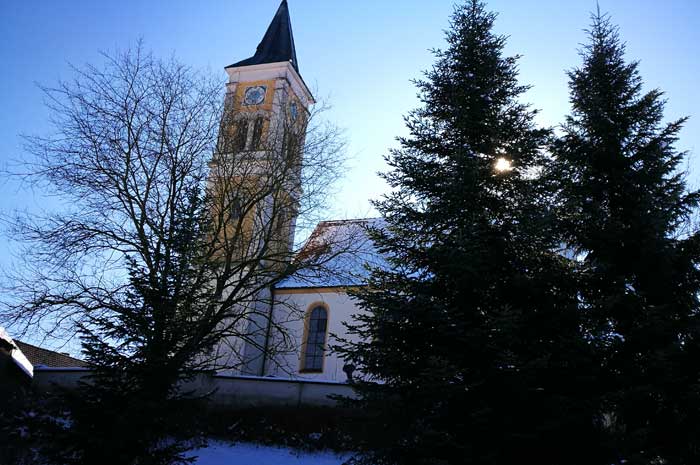 Since Lydia still wanted to do some things in the office, she took us to Willishausen by car, where we immediately made our way up to the first ridge, which runs approximately parallel to Schenkeltalstraße and is also marked as a hiking trail. 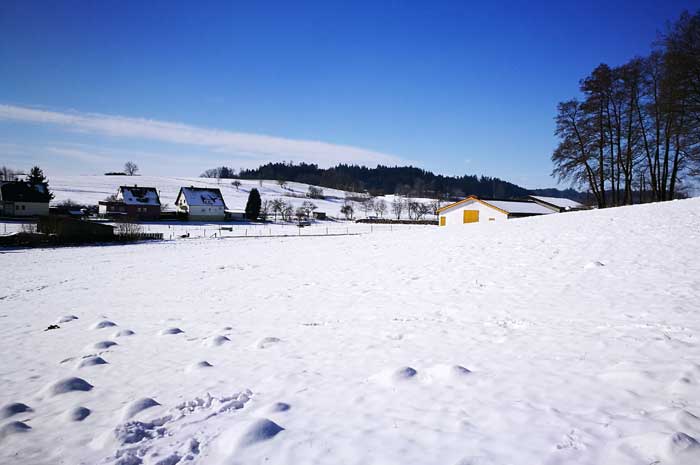 The landscape of the nature park "Western Woods" is characterized by high animal stock (even during the ascent into the forest, we came across a first deer), wooded ridges and mainly from south to north running brook valleys. 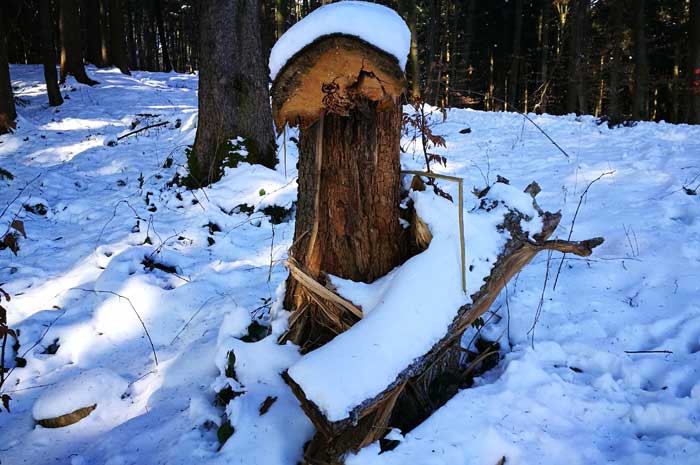 The nature park is bounded on the north by the Danube, in the east by the slopes to Wertach and Schmutter, in the west by the Mindel and in the southwest by the Flossach. 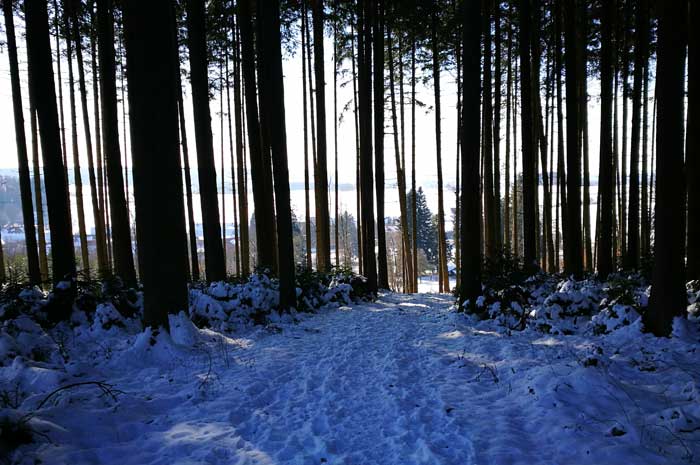 The majority of the nature park is part of the middle Swabian gravel and hill country, lying predominantly in the district of Augsburg. Well-known landscapes in the nature park "Westliche Wälder", the German word for the park, are the wood angle around Welden, the Reischenau around Dinkelscherben and the perennials in the south. 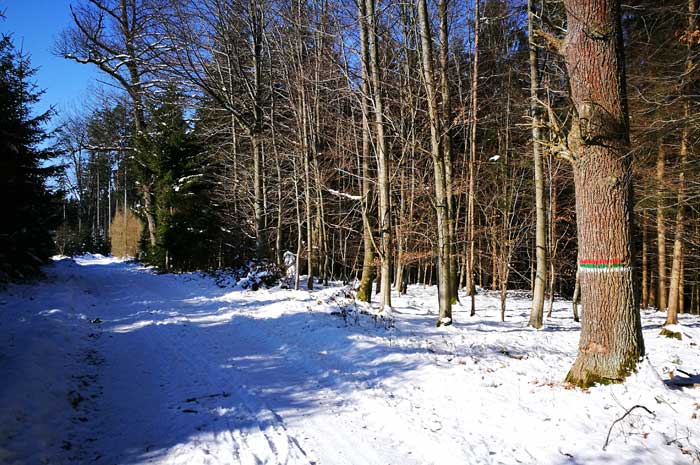 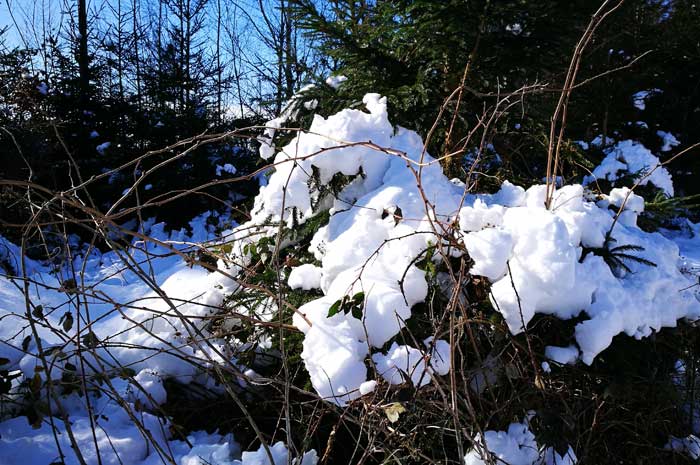 More than a thousand kilometers of marked hiking trails exist in the nature park. In addition to more than  fifty circular hiking trails, there are so-called themed trails that are of particular importance: 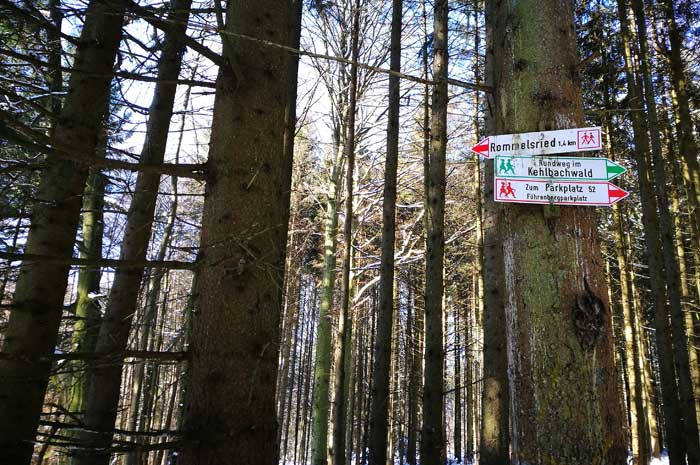 The Swabian-Allgäu hiking trail leads from Augsburg through the landscape of the shrubs to Sonthofen in the Allgäu.

The hiking trail "Lueg ins Land" allows you to cross the nature park from south to north from Türkheim to Wertingen.

The Bayerisch-Schwäbische Jakobusweg (Jakobus Pilgrims' Way) leads from Augsburg to the Allgäu and  to Lake Constance in two variants. 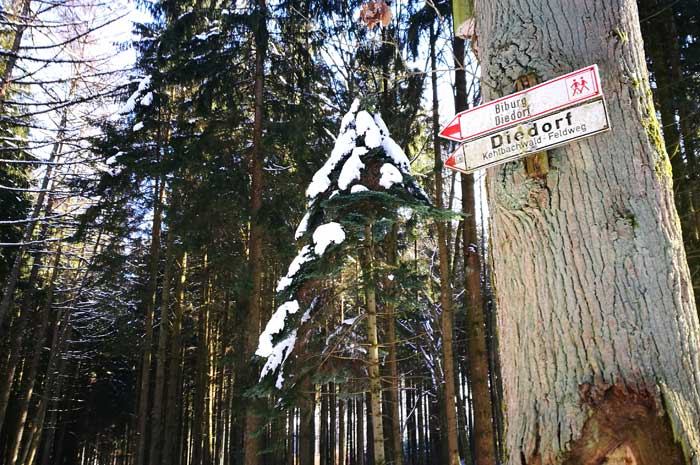 Also for cyclists in the nature park are far more than a thousand kilometers of track available. Some of the main routes marked are:

The 7-Schwaben-Tour - on 220 kilometers around the nature park 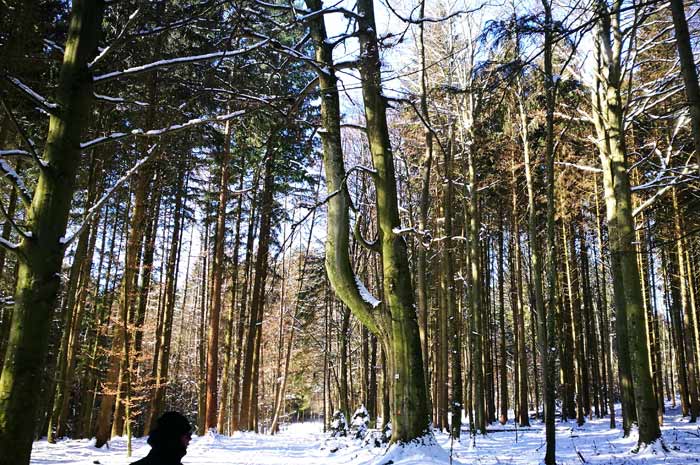 Of course, in February it is not possible to cross large parts of the Western Woods by bike, too much snow is currently on the forest roads. Frozen, the snow crackles and breaks under the shoes, it is a beautiful landscape that surrounds us. As Georg said so beautifully: cold and nature clears your mind! 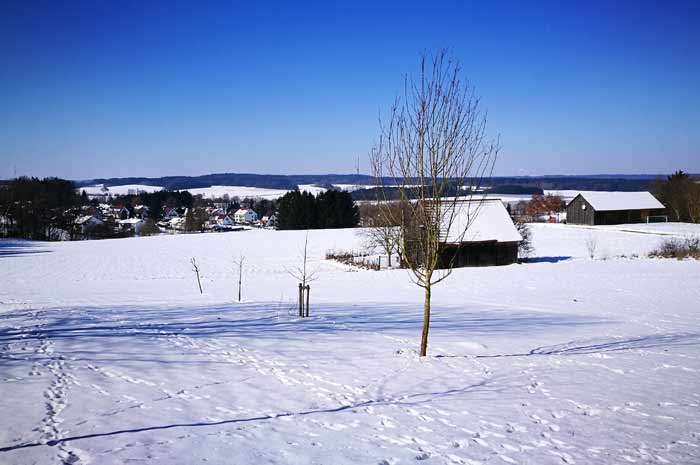 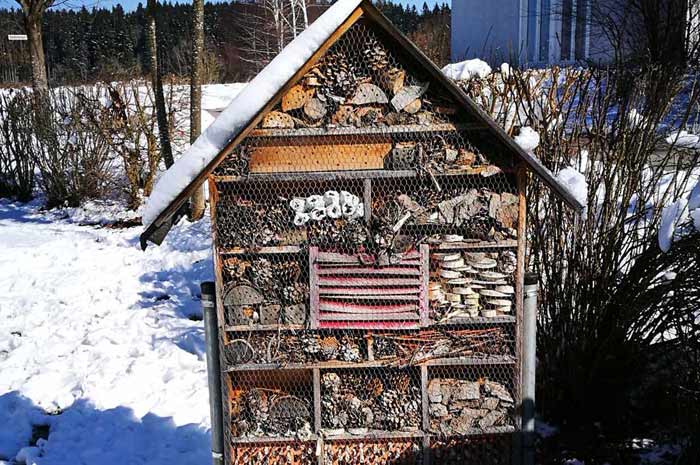