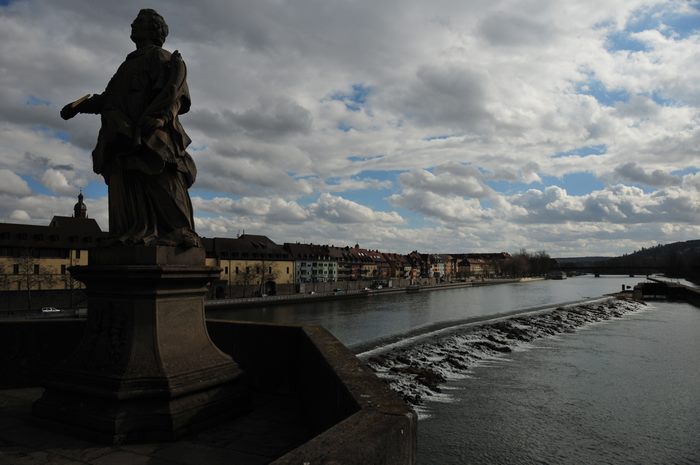 After a first short contact with the employees in the Würzburger Hofbräu, it was still time until the stage preparation for the evening concert of Backdoor Connection, so we had arranged to meet Georg for a coffee in the city center. 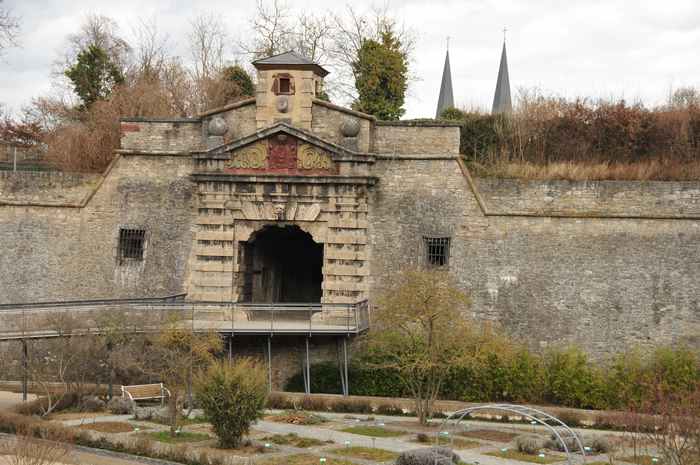 A quick look at google maps revealed the length of the walk of about 15 minutes, which should still lead to some sights over to the city center. Incidentally, Würzburg was first documented in the year 704 as Castellum Virteburch ... .. 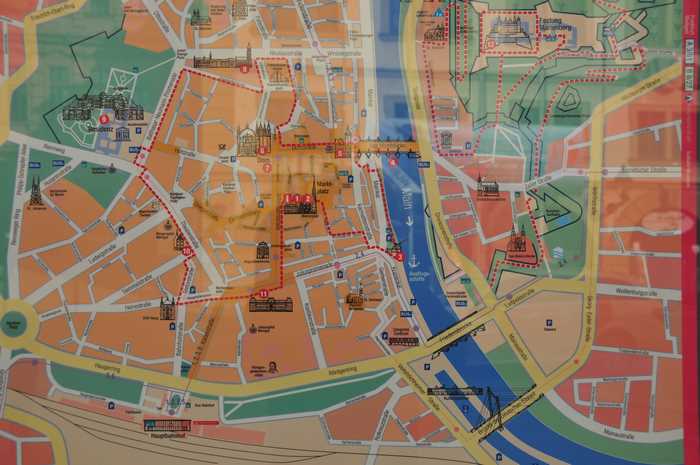 .... and on June 17, 1156 Frederick I Barbarossa married in Würzburg in a second marriage, the still very young Beatrix of Burgundy, daughter of Count Rainald III. and heir to the Free State of Burgundy. First we went from the Würzburger Hofbräu in direction of the Old Main Bridge, which until 1886 was the only river crossing over the Main. 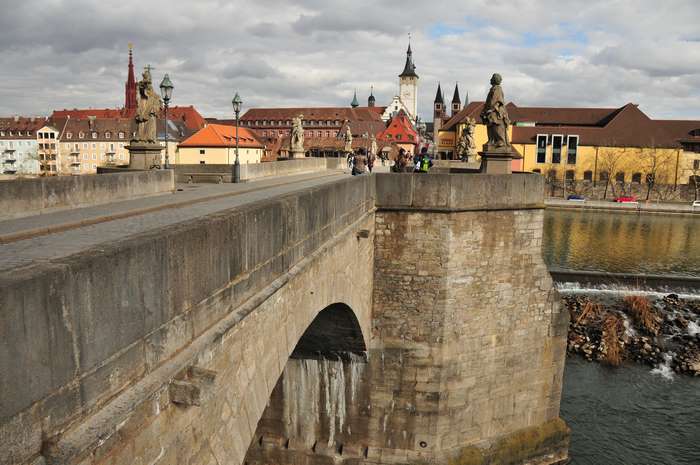 The very long construction period of the bridge between 1476 and 1703 already points to a multitude of problems, which then went hand in hand with the construction, this included destruction by floods and armed conflicts on the day's events. 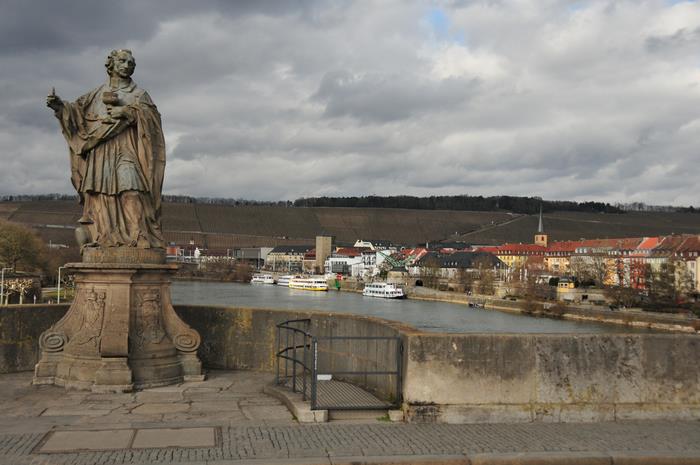 A multitude of saints on the bridge accompany the visitors on the way to the city center, as countless visitors use the bridge to relax and photograph or for a wine on the bridge railing. Incidentally, the saints were added to the bridge in 1725. 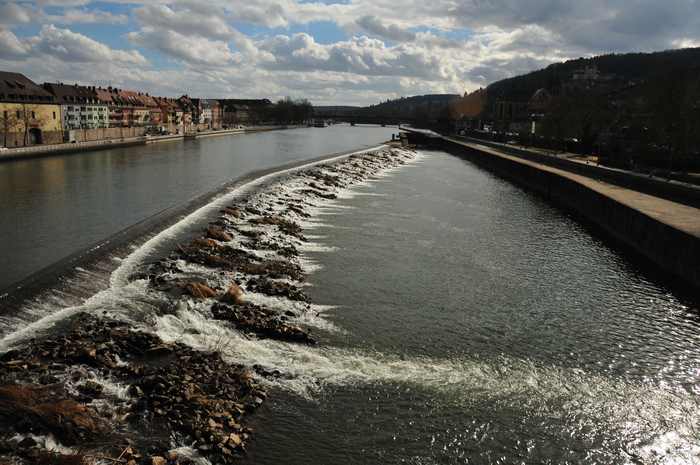 Interesting is the design of the fish ladder, which also contributes to the enrichment of the Main water with oxygen. 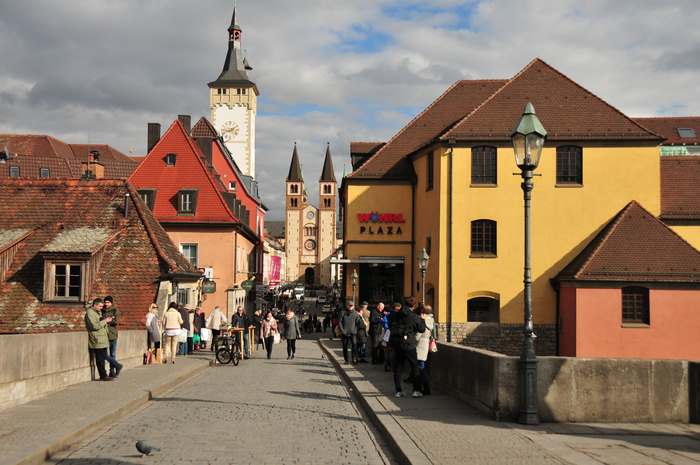 The view of the city center falls first to the mighty tower Grafeneckart, the oldest preserved Romanesque secular building in the city of Würzburg. In 1316, the Würzburg citizenship acquired the court and used it from then on as the town hall 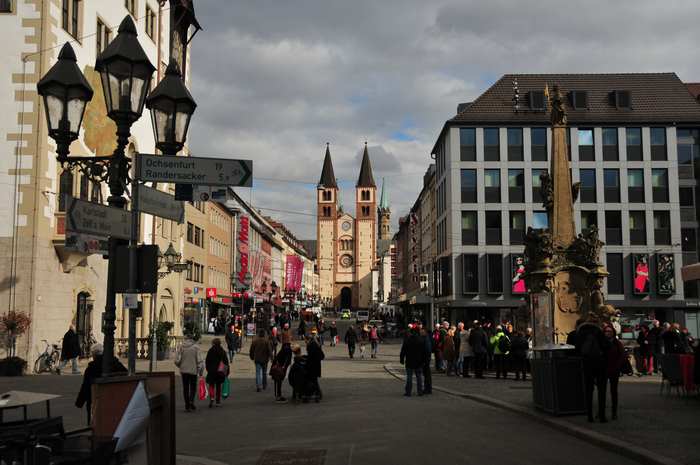 The view over the end of the bridge opens the view to the west facade of Kilian's Dome, which was uncovered in 2006 as part of the external restoration of the cathedral. 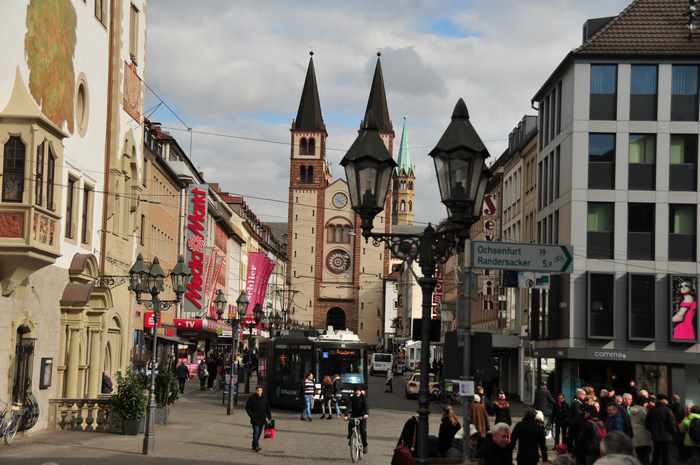 Already on the Old Main Bridge the extensive pedestrian zone of the city center begins. The Killiansdoms in the background, trams form the backbone of public transport in Würzburg, so five tram lines with a route network of about 20 kilometers are available. 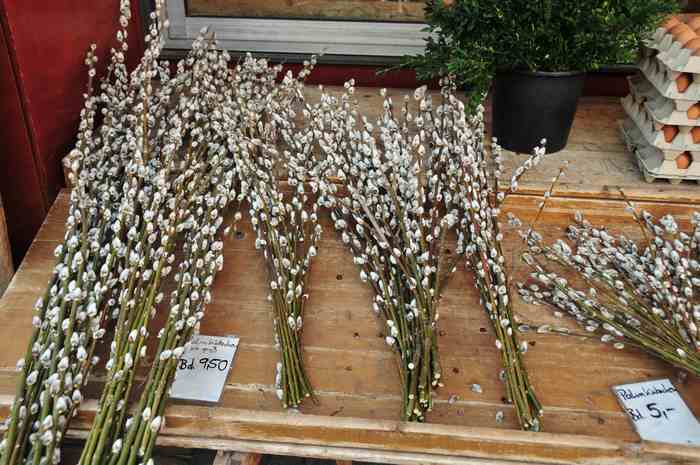 A little later we were already in the city center, where the first market stalls greeted spring with willow catkins. 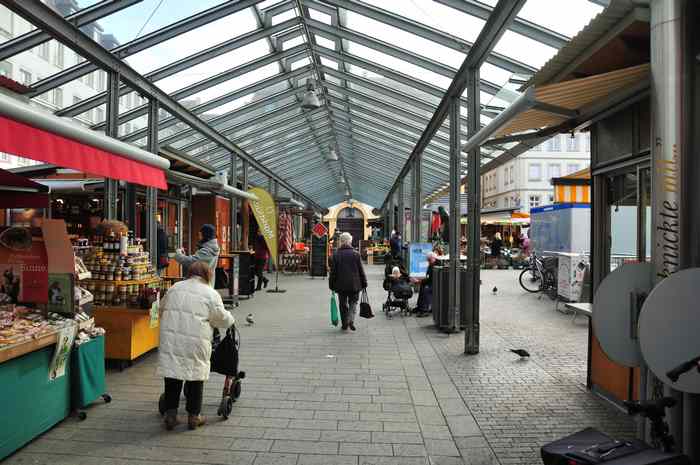