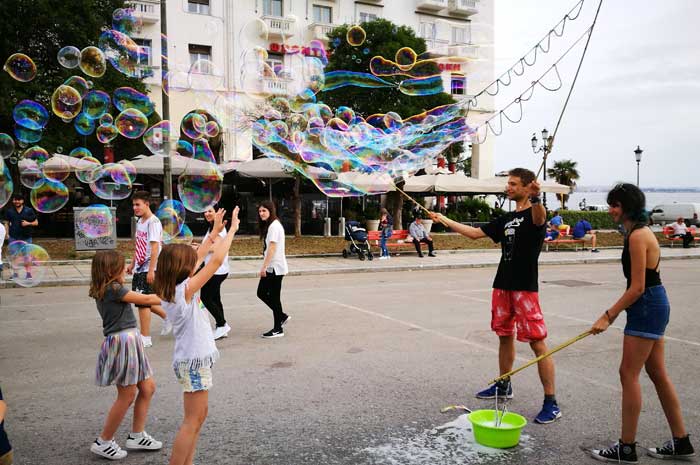 Further purchases in Thessalonica had taken us from the Agora to Aristotle's Square, where we met this French couple who encouraged the children to loud dances of enthusiasm in their bladders with their soap bubbles. 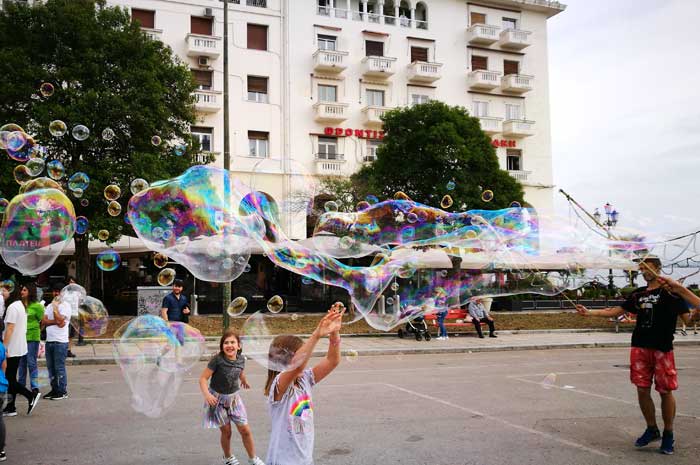 With their rather professional equipment for producing a large number of soap bubbles, the two also wanted to improve their travel budget for Greece, which became a complete success, as well as the adults enthusiastically paused. 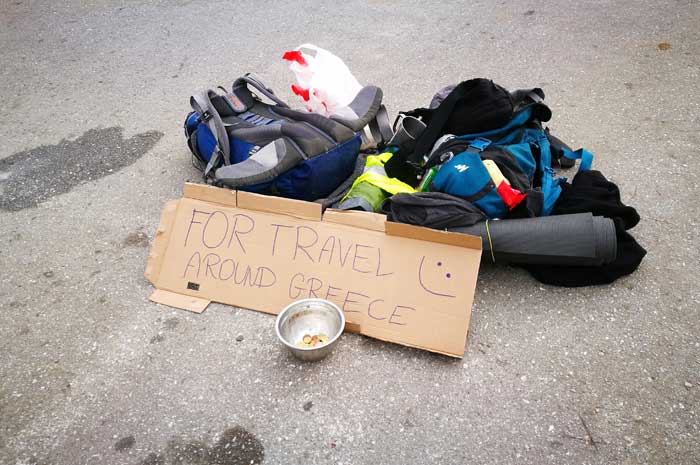 The soap bubbles produced consist of a thin film of soapy water that forms a hollow ball or even a long tube with iridescent surface. 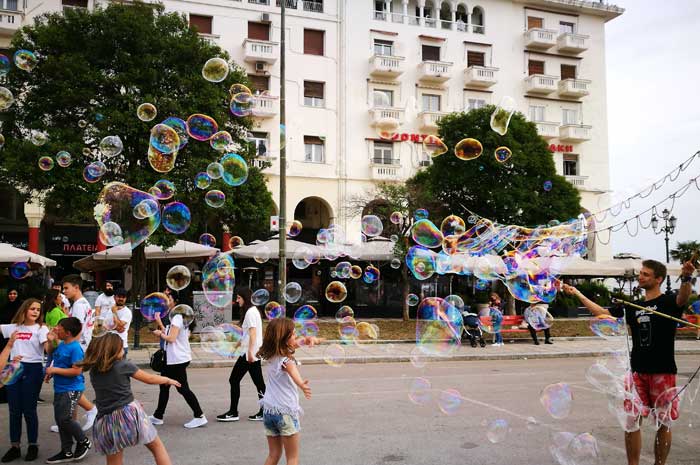 It usually remains stable for only a few moments and is sensitive to contact with solid objects. And this is exactly where the children's delight began to burst the blisters with their hands and feet. 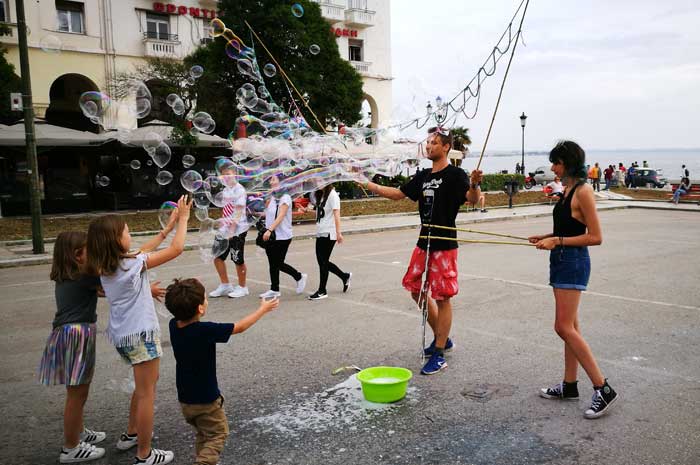 It has been around 5,000 years since the Sumerians invented the boiling of soap. As a by-product, of course, the first soap bubbles were produced in the distant past. 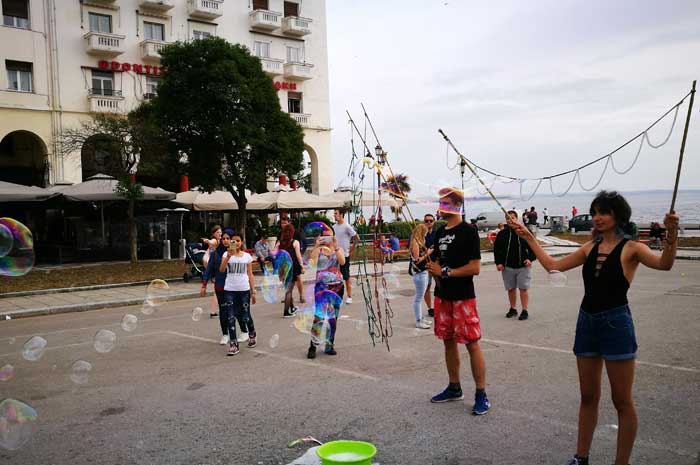 Because of this slight transience soap bubble has become a metaphor for something that is appealing, yet devoid of content. This is reflected for example in the phrase "The dream burst like a soap bubble". 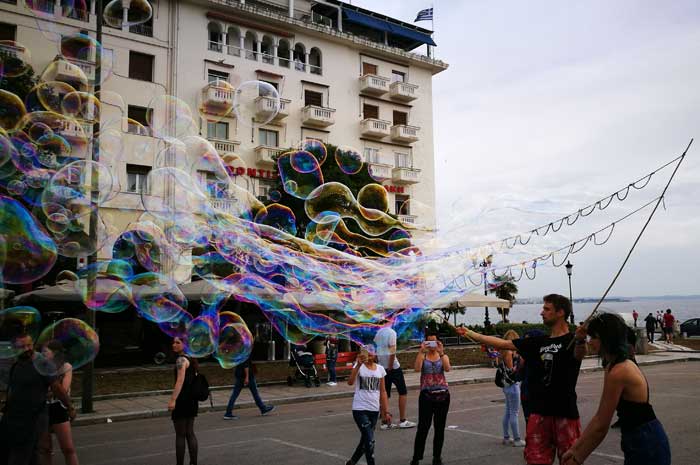 Since the Baroque at the latest, the soap bubble has been used ichnographically throughout the art as a vanities symbol and reflects both the beauty and the fleeting nature of human life. 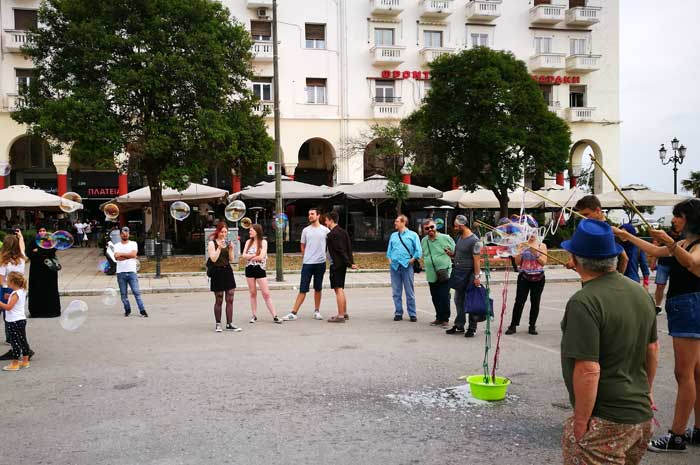 Soap bubbles physically solve complex spatial problems in mathematics because they form the smallest surface between points and edges when in equilibrium. 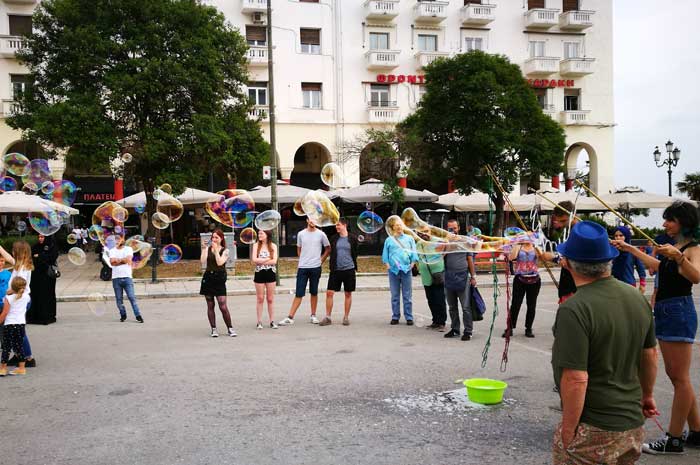 A soap bubble is created when a thin film of water mixes with soap molecules. When inflating, a ball or hose shape is created. Due to the gravitational leakage (drainage) of the liquid located between the soap film surfaces, a soap bubble increasingly thins in its upper part. 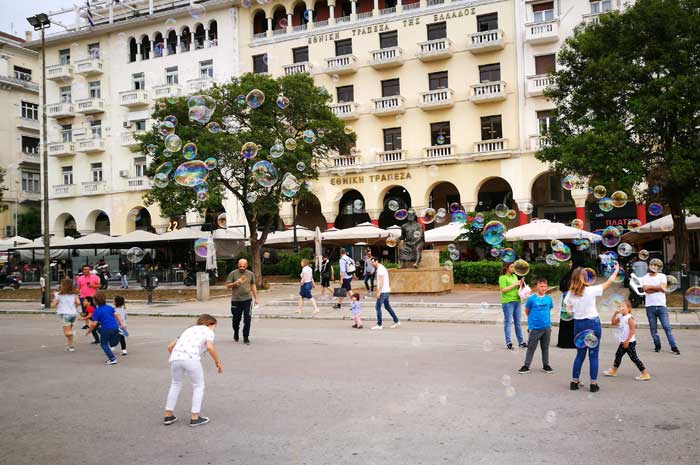 In fact, most bubbles burst in the upper part. Evaporation can be hindered by "locking" the soap bubble or a soap film in a mason jar. This extends the life of the bladder considerably. 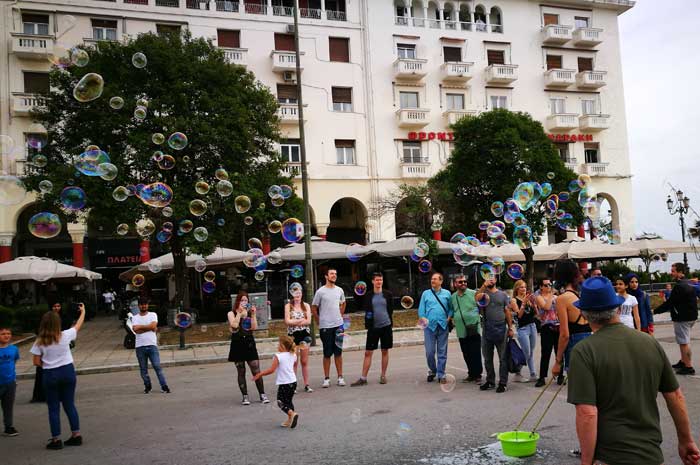 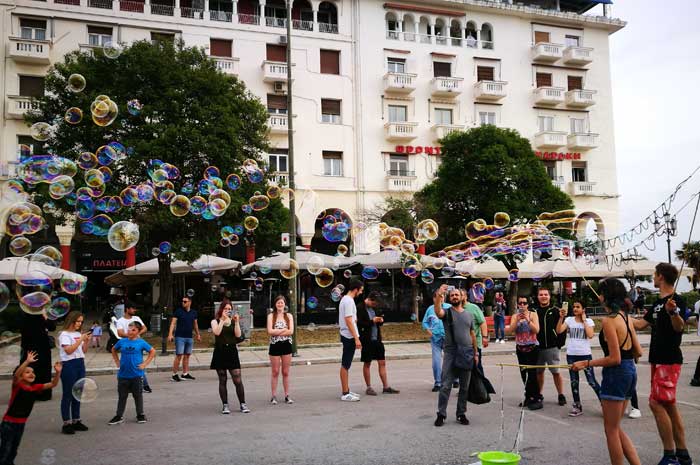