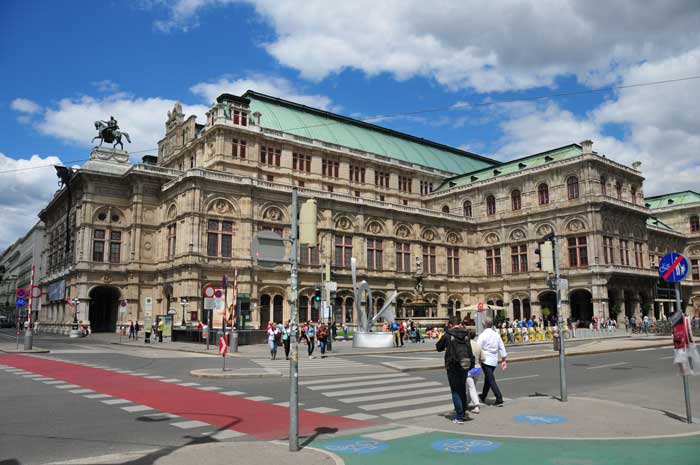 With the tram we drove to the city center to the Vienna State Opera, right next to the Hotel Sacha and its world-wide famous cake.

Right from the beginning, Sacher was one of the best addresses in the city of Vienna and in 1871 became k.u.k. deliverer of wines and delicatessen trade with the royalties. Before joining the opera, they enjoyed the exquisite cuisine, they met in the legendary Séparées, and also high-ranking political representatives used the always discreet house for their meetings. 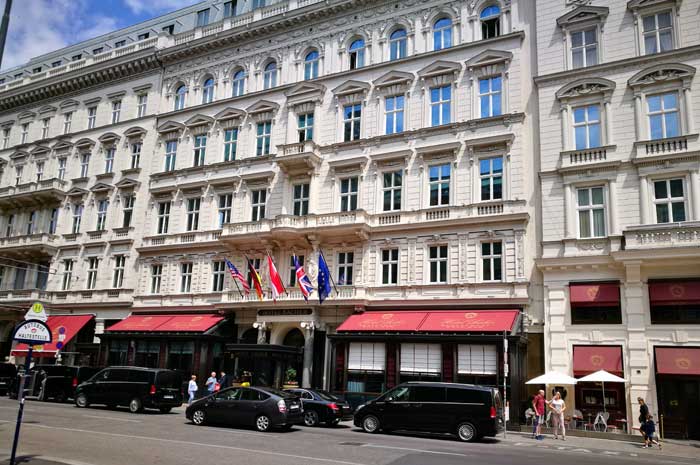 Since 1999, the original Sacher cake has been produced in a separate production site in Vienna Simmering, from where it is also exported all over the world. After a year-long legal dispute with the k.u.k confectionery Demel, just the dessert from the house of Sacher can be decorated with the title "Original". The Sacher tart is imitated by many coffee houses, bakeries and pastry shops. We were rather disappointed due to the high price and the quality wasn´t really that good too. 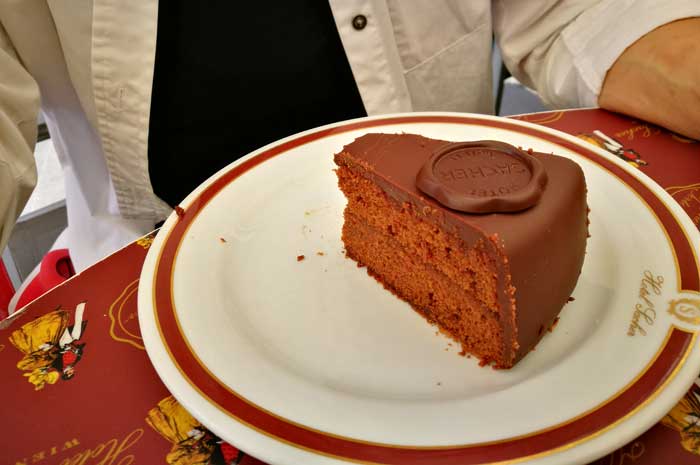 They still exist - the sannyasins - at least in Vienna. Until September 1985, neo-sannyasins all wore orange or red dresses and a mala (necklace) with 108 wooden balls and the image of their guru - an appearance that had hitherto been the exclusive attribute of traditional Indian sannyasins. 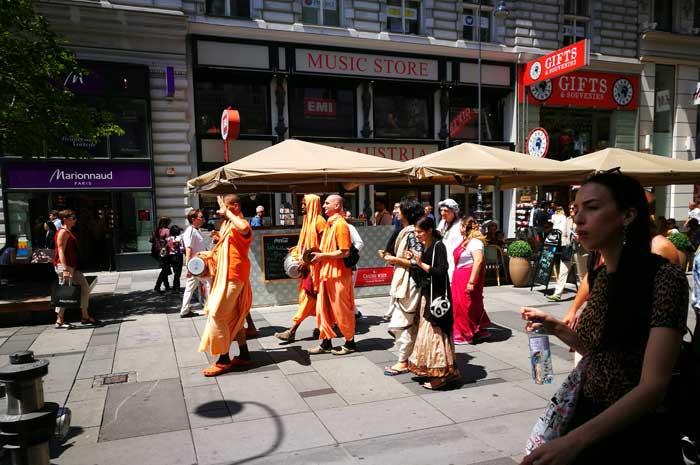 The Ronacher is a theater between Himmelpfortgasse, Seilerstätte and Schellinggasse. The establishment Ronacher was not a real theater, but equipped with tables and chairs. During the performance it was allowed to drink, eat and smoke. Due to the bad economic situation, however, Ronacher had to give up the house later. From 1890 more artists appeared, which attracted more suburban population and drove out the aristocracy. 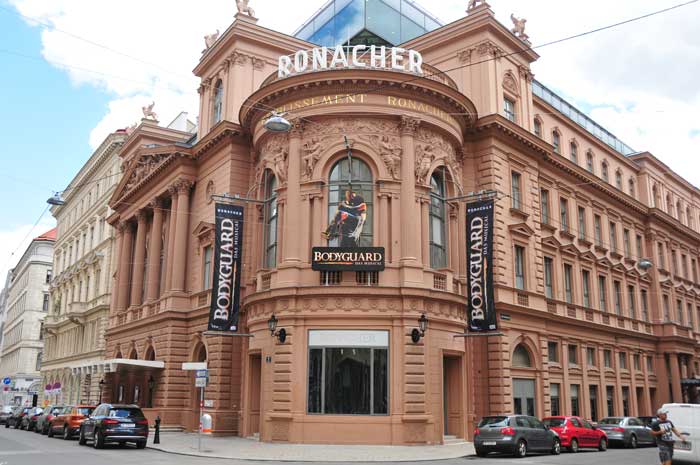 Anyone who explores a lot, is hungry at some point. This group of girls had taken care of themselves and converted a park bench to their table. 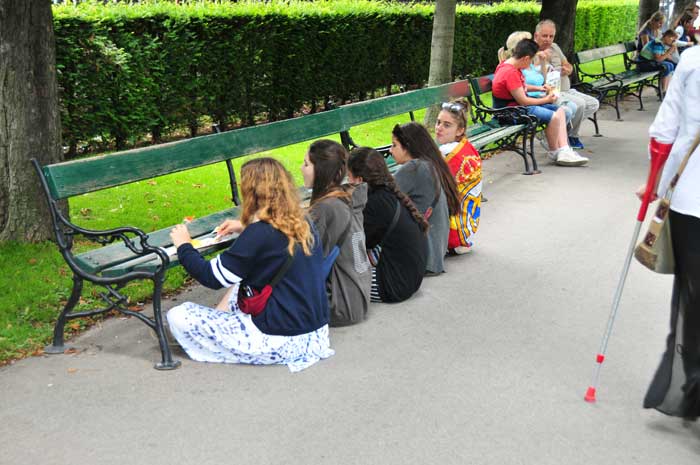 Also an interesting encounter - Trachtenwelt - even on the car. 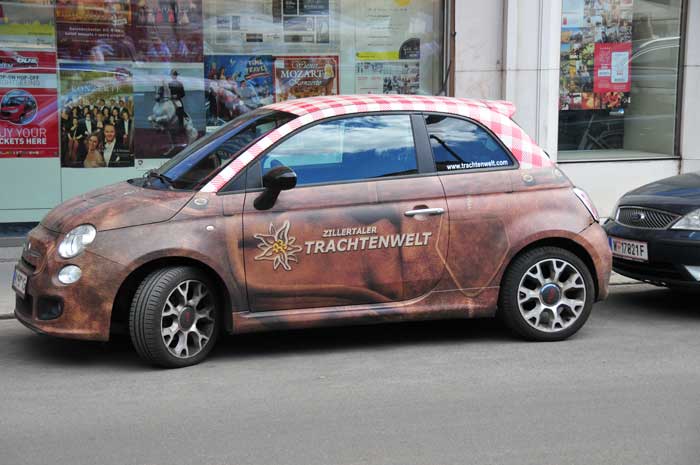 Old school of handicraft tailoring - here still shirts are made in the old style and offered for sale, in the shop display the different collar types for the shirt types. 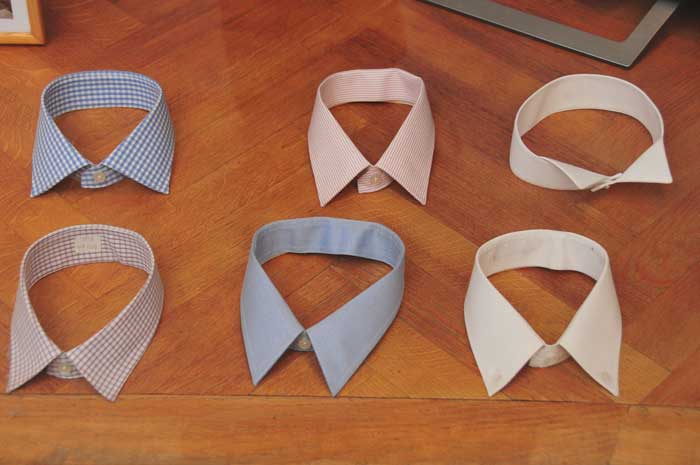 Fiakers, the two-horse pay-wagons but also their coachmen, are a popular tourist attraction in Vienna and offered from several stands, mostly tours in the area of the Old Town of Vienna. 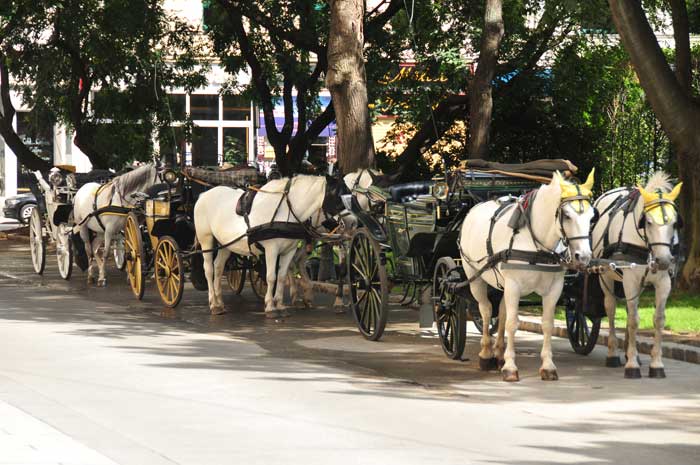 Not far from the entrance to the Hofburg opposite the Albertina on Helmut Zilk Platz, we came across this group of sculptures against fascism. From here, free city tours are offered, which are considered in small groups as an attractive alternative to the official city tours. 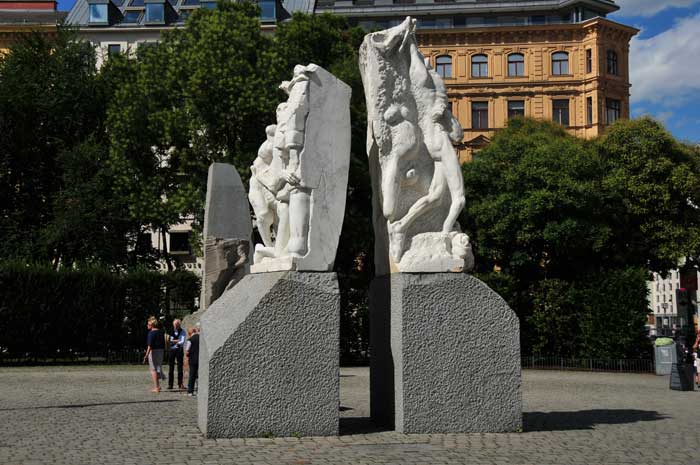 Richard Georg Strauss was a German composer of the late 19th and early 20th centuries, best known for his orchestral program music, his songs and his operas. Strauss was also a major conductor and theater director and a champion of copyright improvement. He is reckoned among the composers of Romanticism - despite the time gap with the other artists of the era. 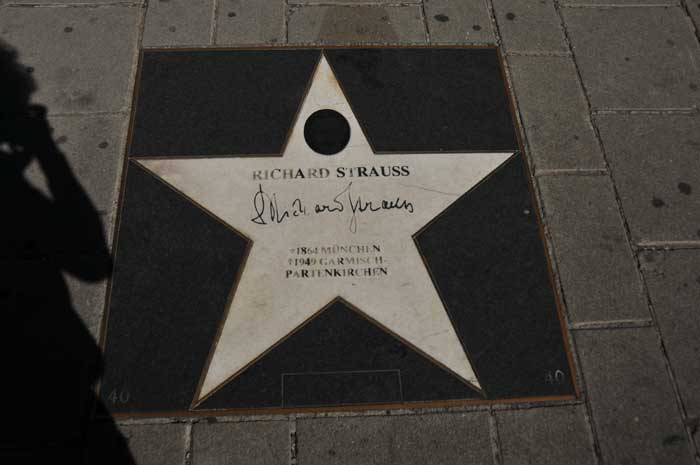 View into the Kärntner Straße which is, next to the Graben, one of the most famous streets of Vienna's city center. It starts at Karlsplatz or Friedrichstraße and leads past the Vienna State Opera straight to the center of Vienna, Stephansplatz. There, the pedestrian zone continues westwards from the ditch. In a north-easterly direction, after Stephansplatz, the Rotenturmstraße, which leads to the Danube Canal, closes. 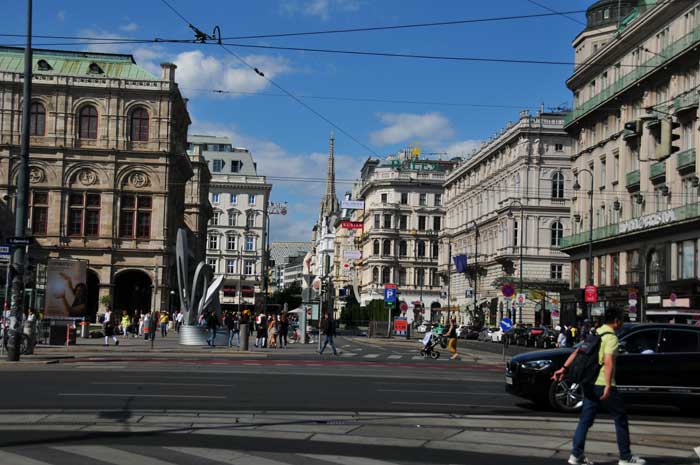 Built in the first half of the 18th century, Karlskirche is a listed building. It is located on the south side of Karlsplatz, which is close to the city center, and is one of the most important baroque churches north of the Alps and one of Vienna's landmarks. 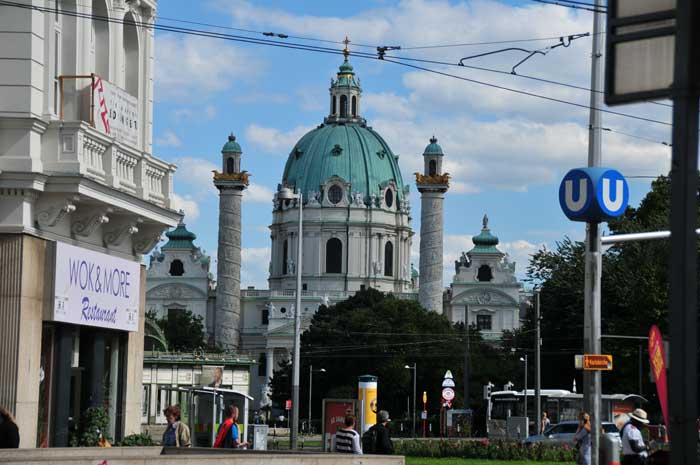