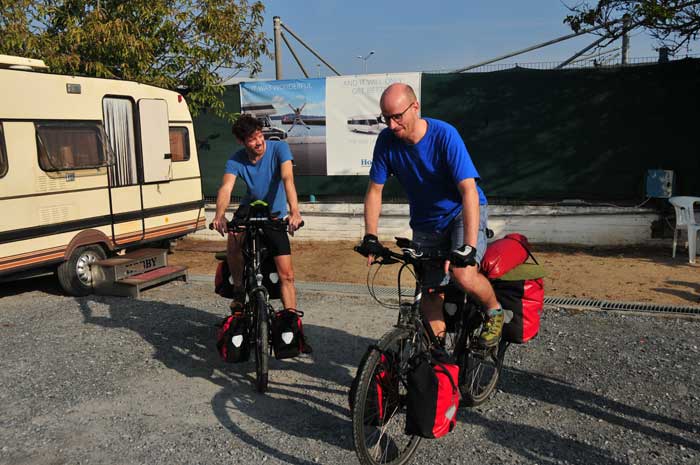 It was the question of a cartridge Camping gas, which brought us together with Ephraim and Stephan from Hamburg, who had just come from the airport Thessalonica on their bicycles to the Camper Stop Zampetas. 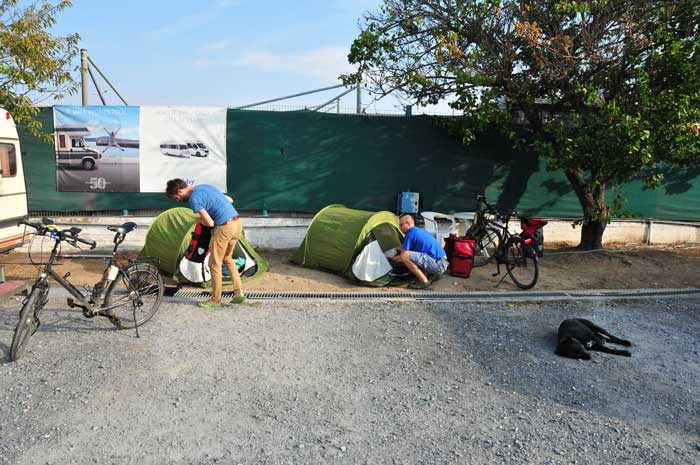 Quickly we were talking about their project, were able to exchange first route suggestions and ideas, which ultimately led the two Hamburg residents to spend a first night at the camper stop. 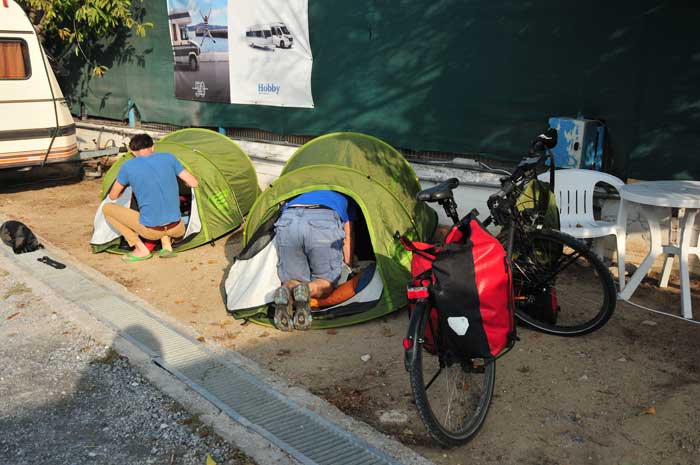 So we could deepen our route discussions, finally decided to go to Perea by bike, for to eat at the waterfront but also to see if the ferry service to the city center of Thessalonica is still working. 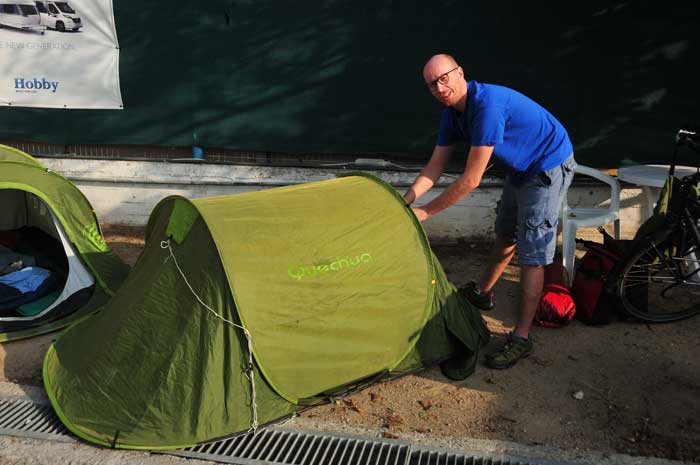 Learning this background, Ephraim and Stephan changed their plans a bit and wanted to continue the first part of their tour on the ferry to the city center of Thessalonica, also to examine some of the striking sights and not at least the network of cycle paths in the city. 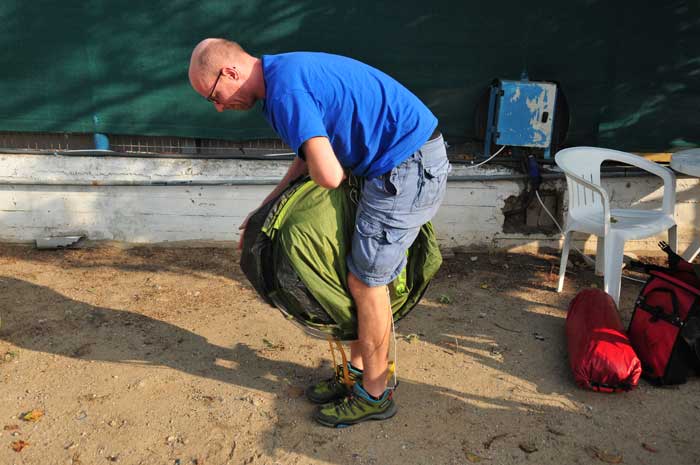 We also discuss the possibility to publish their experiences of the bike tour as a short article in the portal alaturka, not least to animate other cycling enthusiasts for tours of this kind. 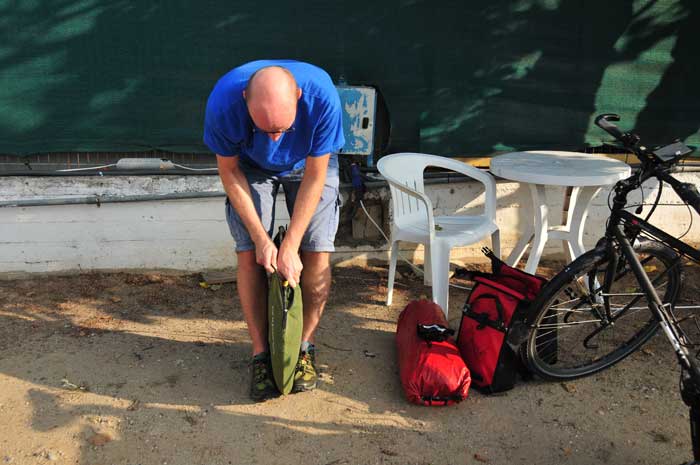 The next morning after a breakfast we have the opportunity to look at the extremely practical equipment of the two cyclists, which suggests great experience and routine. 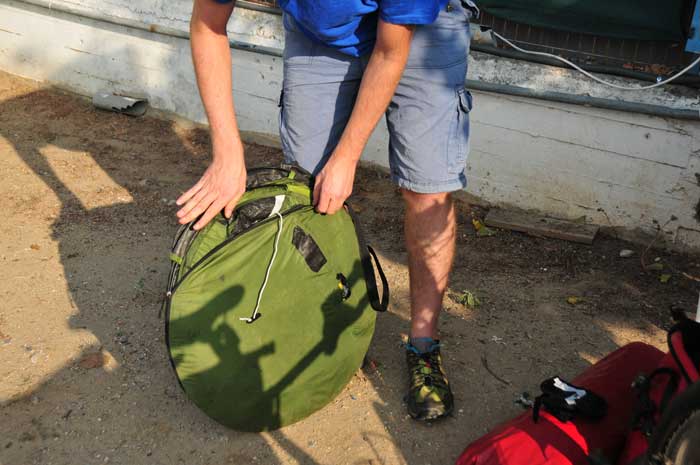 Quick are sleeping bags, self-inflating insulation mats and tents as small as possible, rainproof packed, panniers on the bike and ready to go. 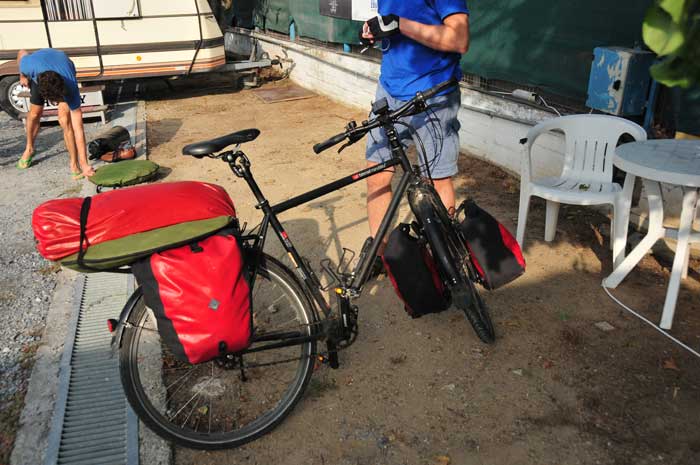 Ephraim is reporting about his "throwing tent", not without pride, which has accompanied him on his bike rides for ten years now, weighing only two kilos. 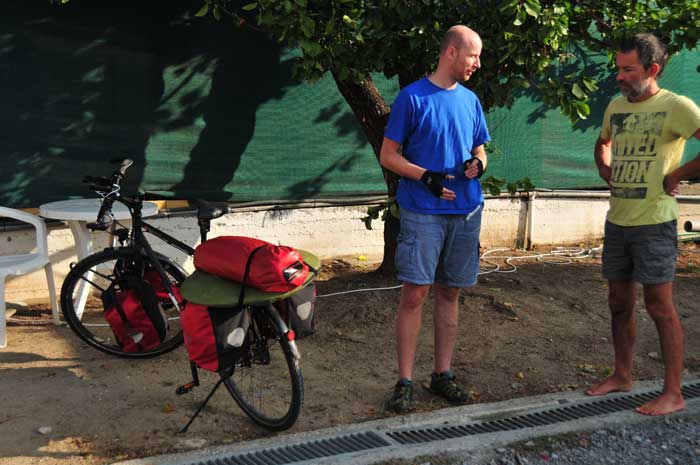 We will deal with further equipment components of the two in further articles, not at least on their experiences through Greece, Macedonia, Albania and Montenegro. 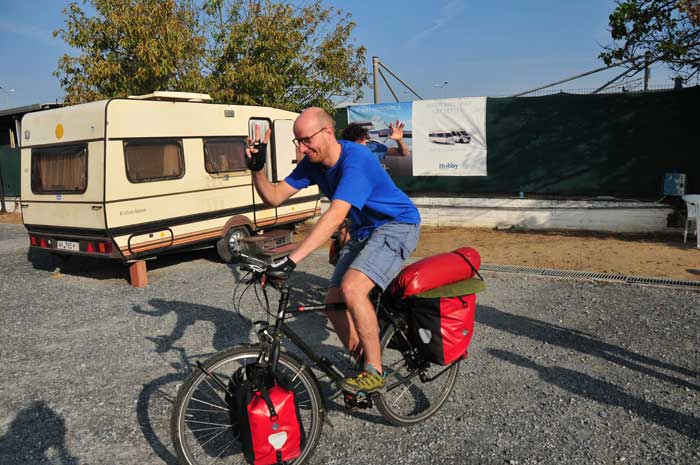