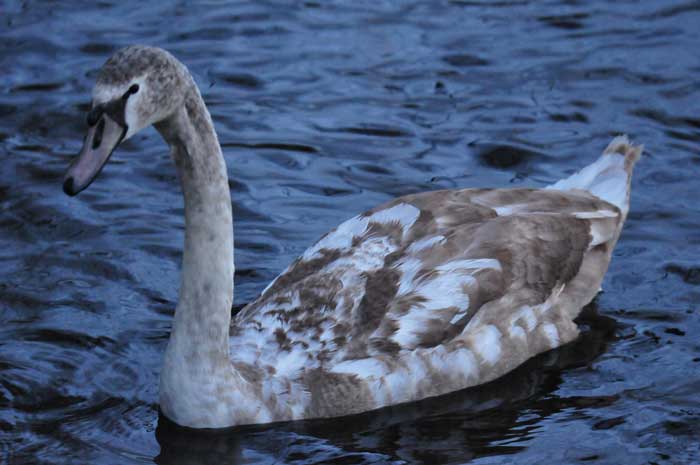 An evening walk had led us despite late hour up to the pond at Abtsküche, where we met numerous water birds, which extensively dealt with cleaning of their plumage. 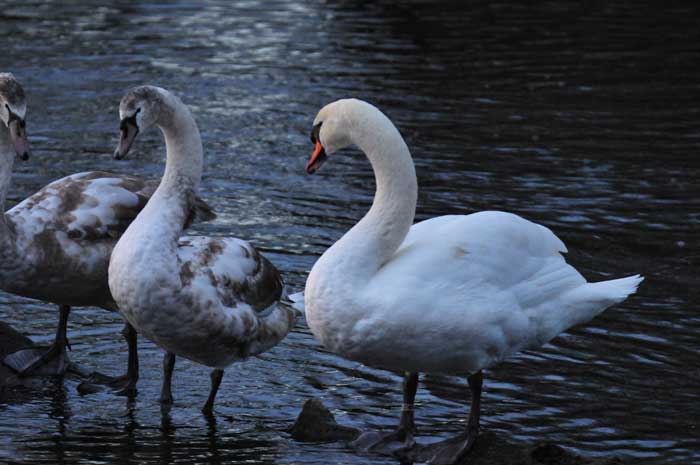 A group of swans had aroused our special interest, especially as the young swans kept looking for the parents to look closely to their actions. 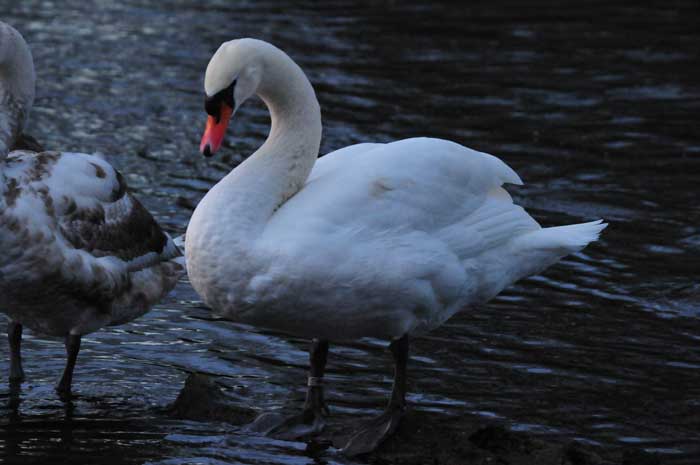 Swan pairs are known to bind for life. A model of the animal world for human society, where unfortunately it often looks very different, too reckless relationships are abandoned. 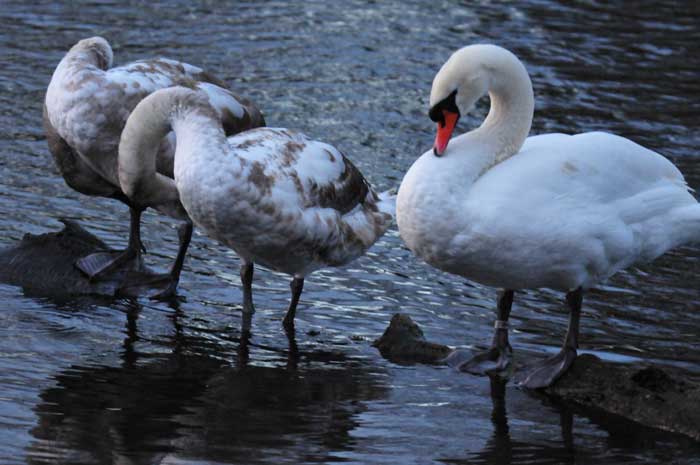 Investigations in groups of mute swans even showed that 97% of the successfully breeding animals were incubated with the same partner the following year. That separate pairs of swans will find a new partner when of old age, is due to that rare. 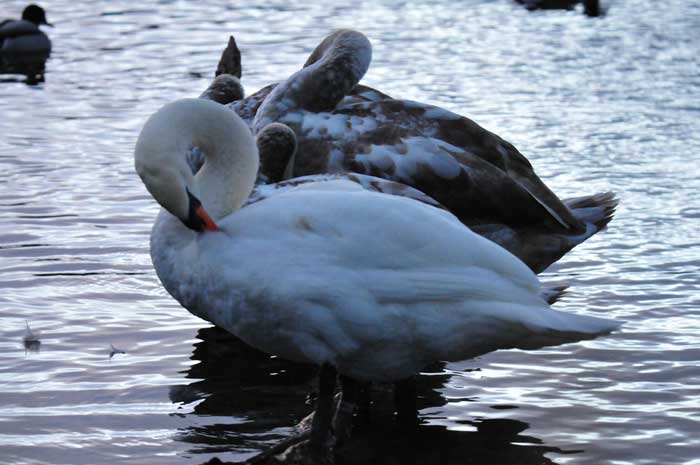 For example, twins' swans that have a lifespan of up to 27 years were found to have a minimum partnership of about 19 years. Accordingly, it is difficult for older swans who have lost their partner to find yet another new partner. 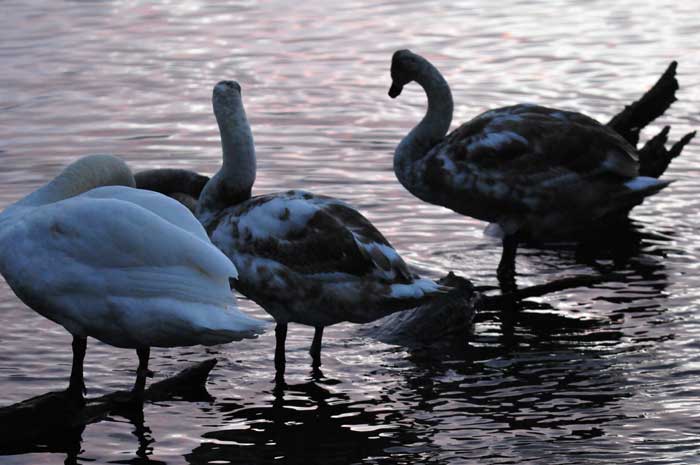 Swans mainly feed on aquatic plants brought from the water bottom. When they go ashore, swans eat plants growing on the shore. 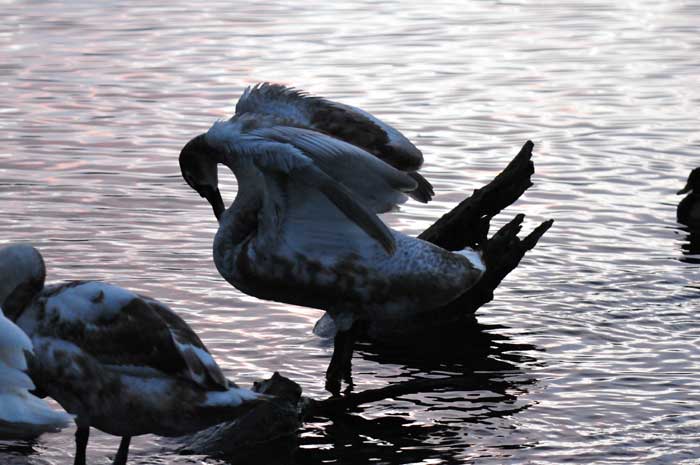 In addition, a much lower proportion of aquatic insects, molluscs, small fish and amphibians are recorded. 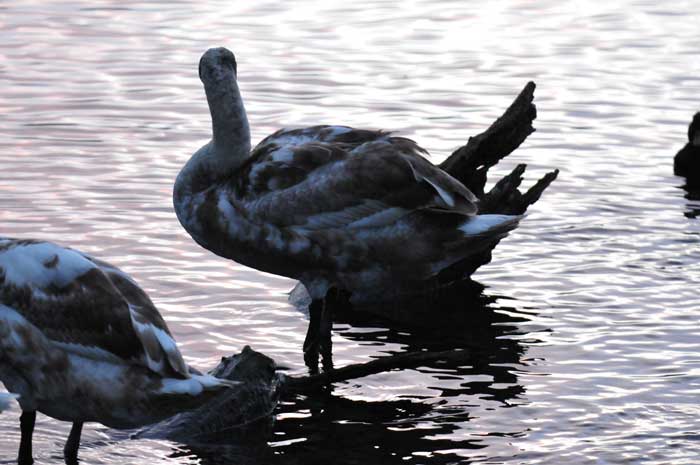 The nest of swans is made up of aquatic plants, grasses and twigs and is often of considerable size. As a couple uses the same nest over and over again, it can grow from year to year. 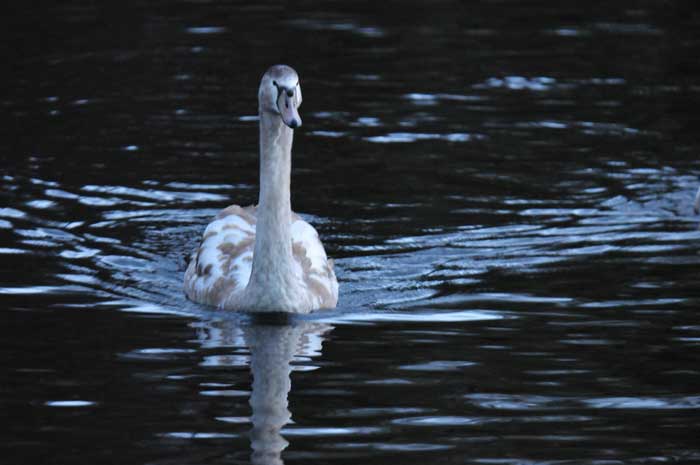 The nest of a trumpeter swan is usually 40 cm high at first and can grow up to 90 cm. For the swans, both parents build the nest. 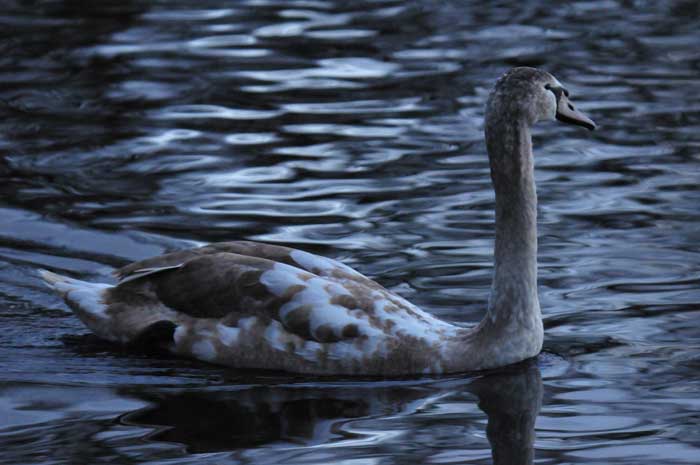 Here, the male swan swims or stands with its back to the nest on which the female sits and gives her the nesting material with a backward movement of the head and neck. 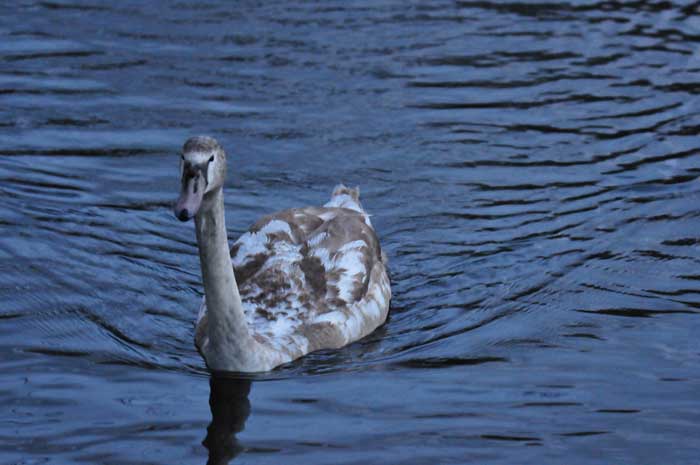 Later, the female is padded thinly with down feathers. The female is then only hatched, only the black swan participates in the males. There are laid four to six eggs, which are incubated for about 40 days. 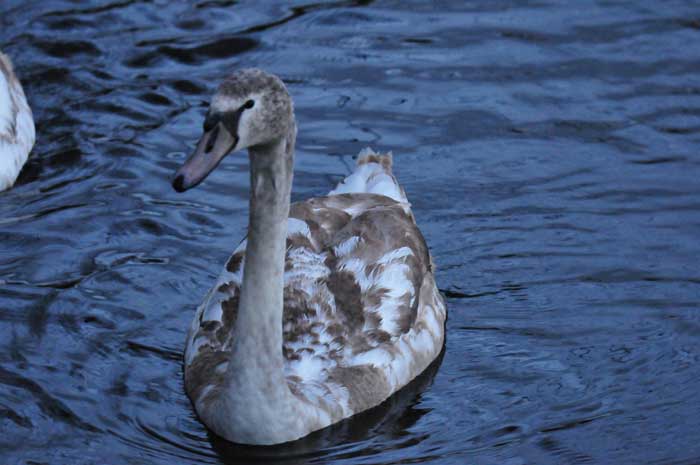 The young swans are accompanied by both partners. Occasionally they are transported on the back. Fledged swans usually remain in an association with the parent birds until the next reproductive period.