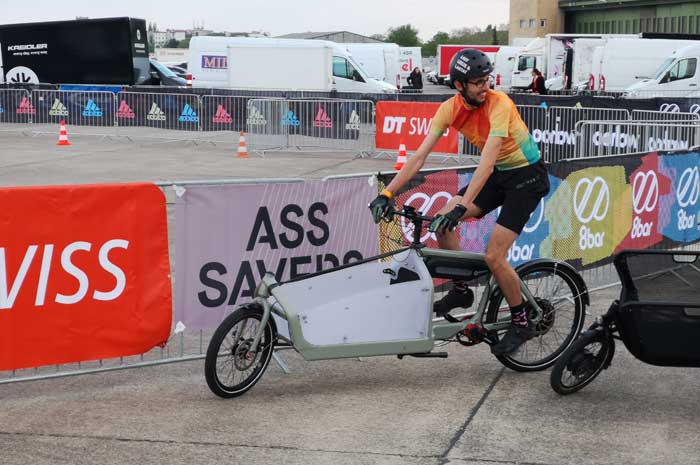 At the big fair Velo Berlin in the Hangars 5 and 6 of the old airport Tempelhof and in the outdoor area in front of it, more than 300 exhibitors presented their brands and products, so that they can be test and the employees inquired about details. 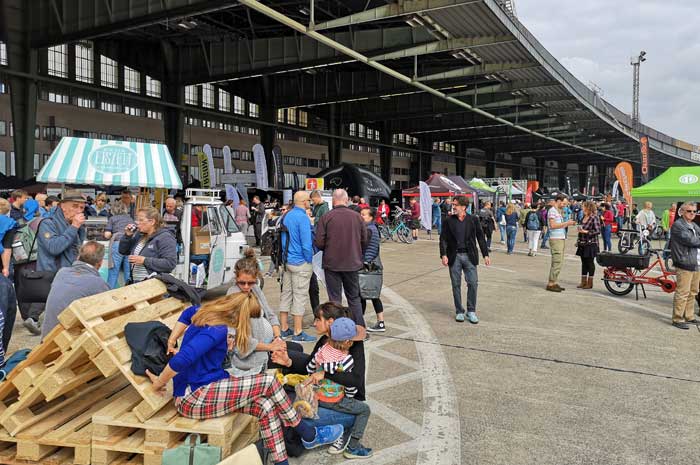 In the outdoor area, you can try the bikes of more than 500 brands on various test tracks, take part in bike shows and workshops, cheer on bike races and be inspired by experts in the stage program. 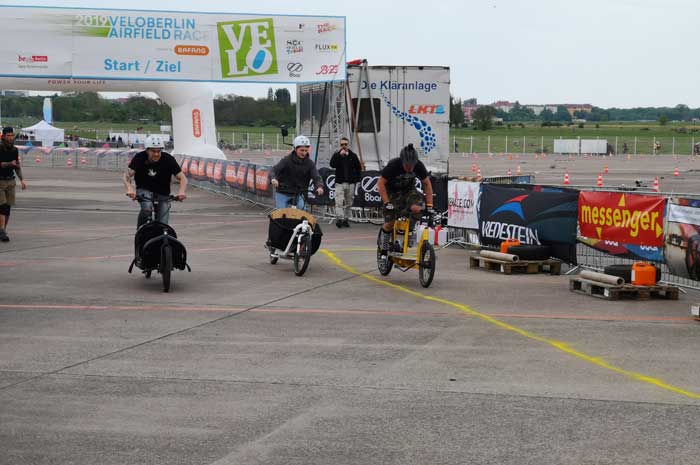 The transport or cargo bikes is the focus of many exhibitors during the fair, because the cargo bike is increasingly taking over the transport and movement of loads and / or people, especially in the urban area. 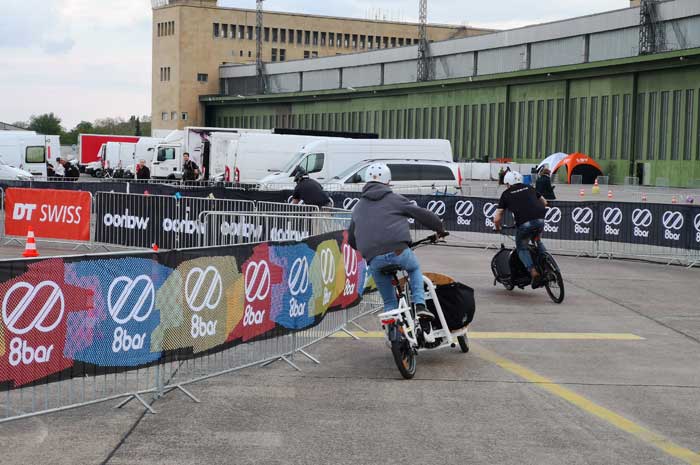 In addition to two-wheelers are also numerous tricycles and some four-wheelers to find, which are equipped depending on the task, purpose and application with different bodies. 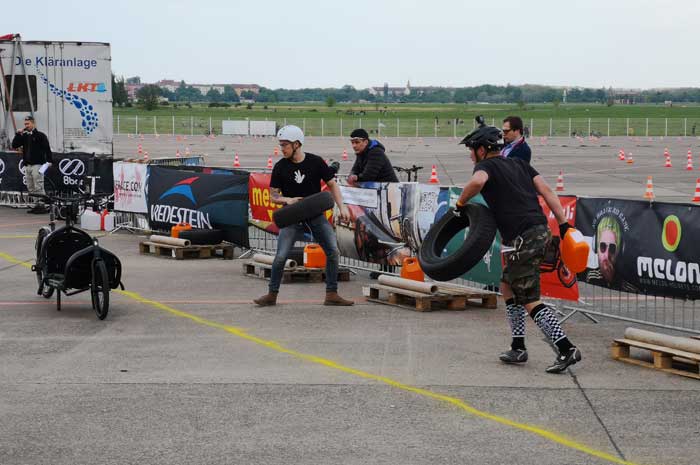 A significant expansion of the range of applications is achieved by the equipment with electric drives, which are referred to as Pedelec. 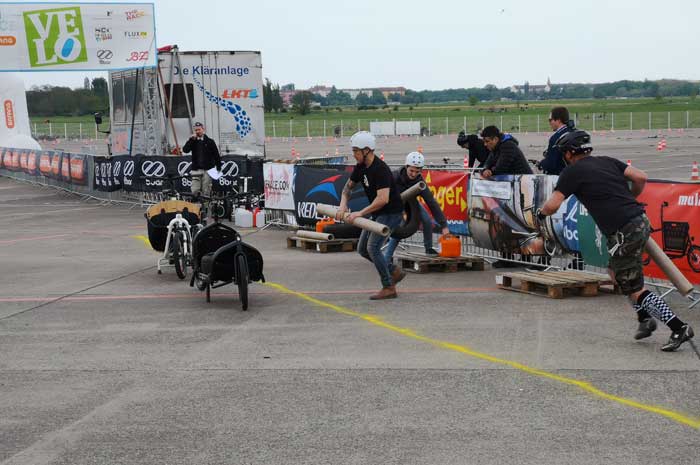 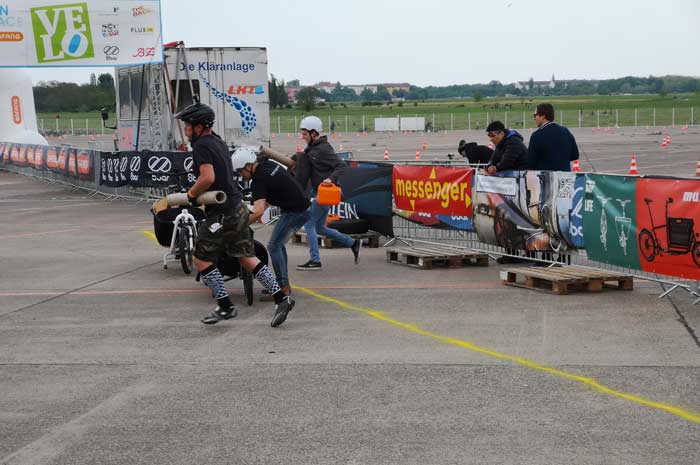 A baker's son of a bakery from the Münzgrabenstraße, Graz was a locally known cyclist. When his building was demolished in 1998, workers found frame parts of at least two cargo bikes in a pit and the attic of a Saalwalze with a frame of forged steel from estimated 1930-1950. 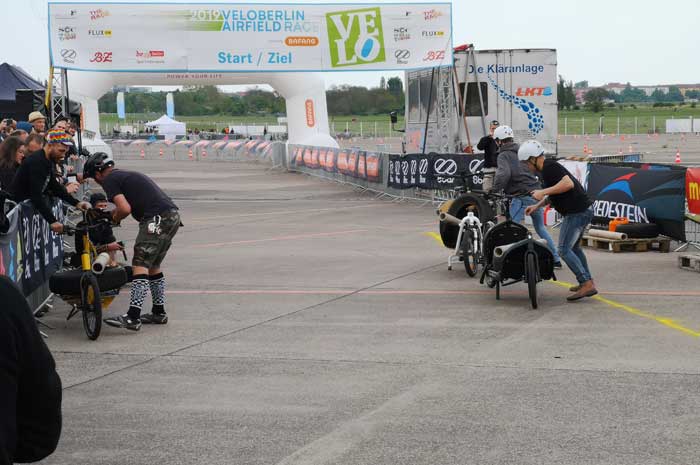 At bicycle messenger championships, there are also repeated cargo bike races. So they did on the Karmeliterplatz in Graz in 2008. In Copenhagen on 18 August 2018, the 10th cargo bike race in modern times already happened. 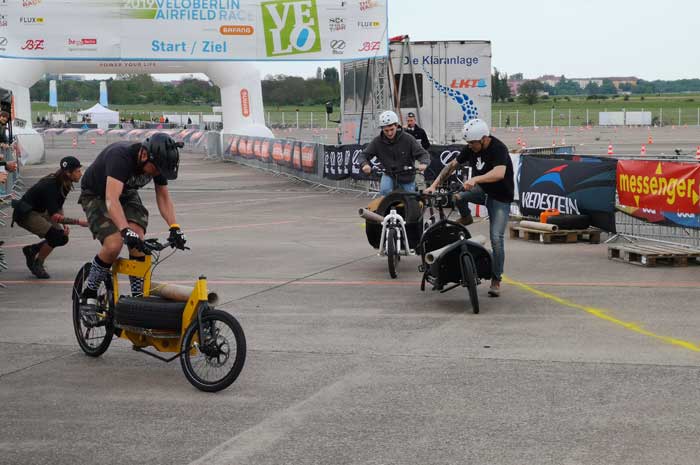 During the bike fair in Berlin Tempelhof, we were able to witness this spectacle in the evening. In each race three starters had to drive through a blocked off course, first a round just on the cargo bike. 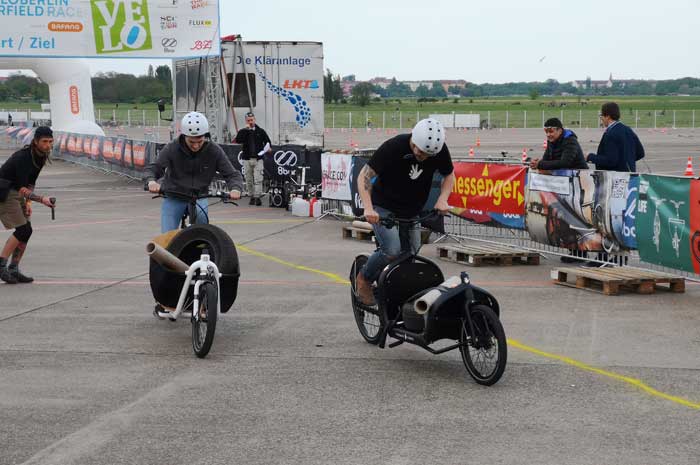 At the finish line they had to stopp and loads had to be boarded, secured and transported around the course around a round. After this lap, the bikes were emptied, and a final round followed. 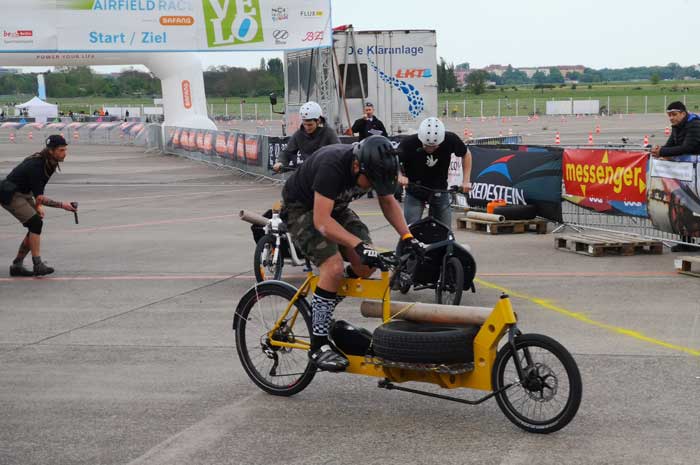 Almost frenetically, the drivers were cheered by the numerous spectators. An interesting spectacle at the end of the fair day. 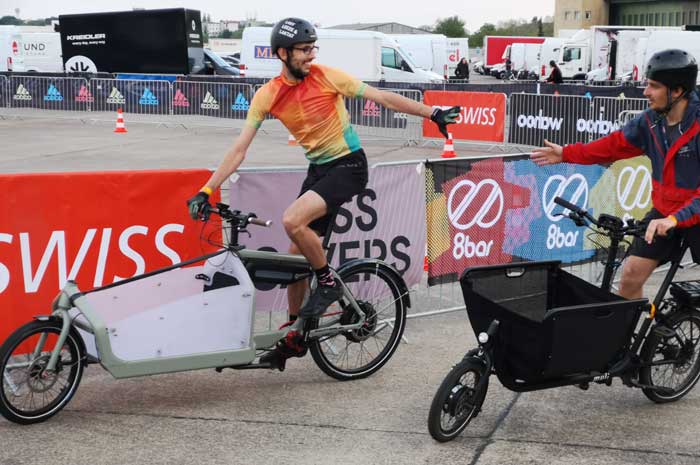