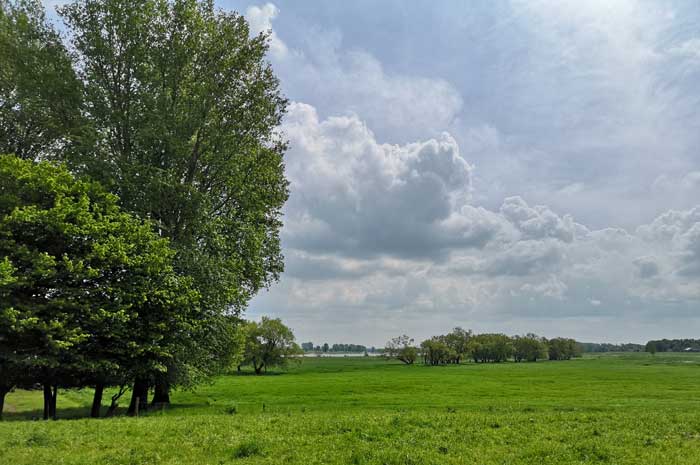 For an extensive bike ride with friends, we had made an appointment in Xanten, but without a fixed time because we were not sure if the currently quickly changeable weather conditions would allow a bike ride at all. 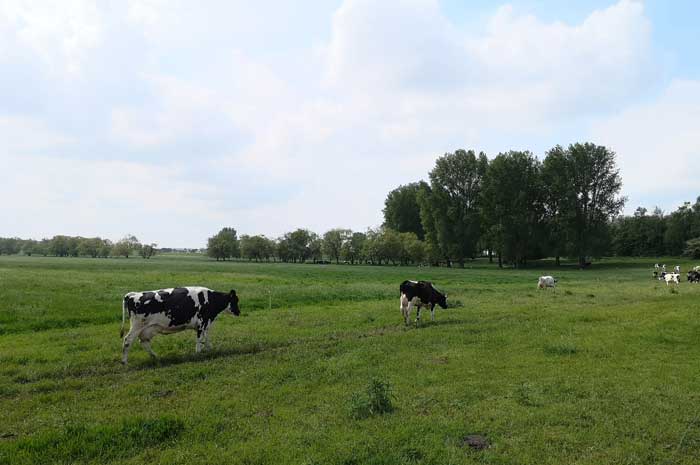 Andreas was still busy with the Saturday shopping when we reached the suburb of Xanten. An opportunity for a short walk to the riverbank, which we wanted to use immediately. 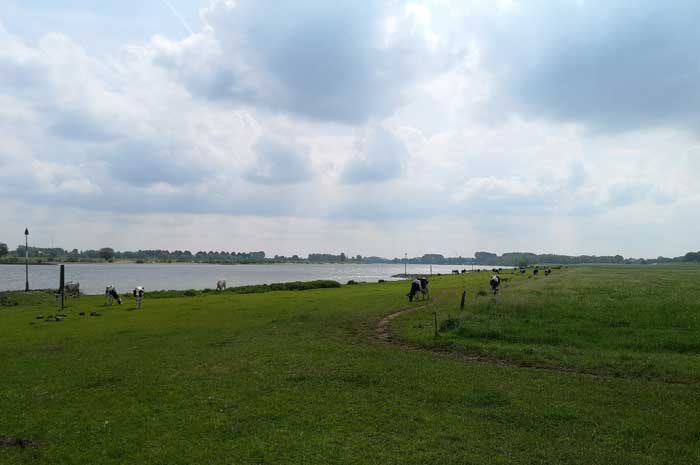 Through a flood protection gate, the paved road led us past the lush green pastures to the banks of the now high-water level of the Rhine. 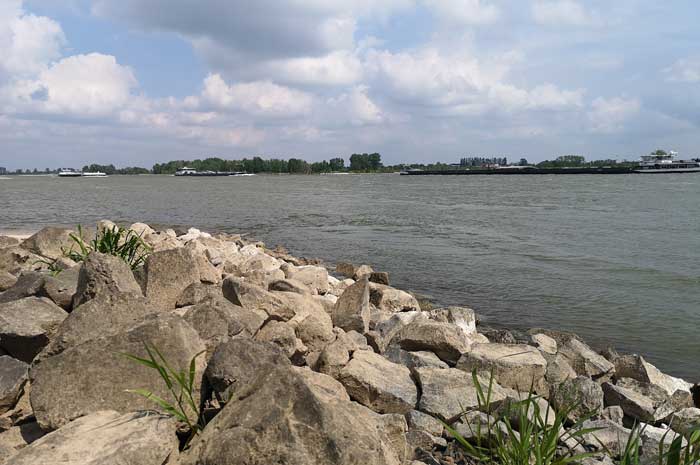 We immediately had the problems of shipping during the low water in our minds, which even led to supply bottlenecks further up the Rhine, which was immediately accompanied by a price increase, especially in regard to fuels. 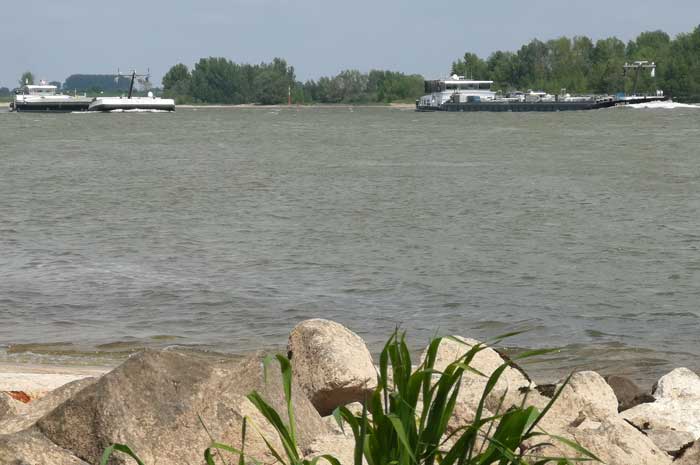 On this Saturday morning there was so much traffic on the river that even for the ferry at Xanten a gap in the dense shipping traffic could hardly be found to safely cross the river. 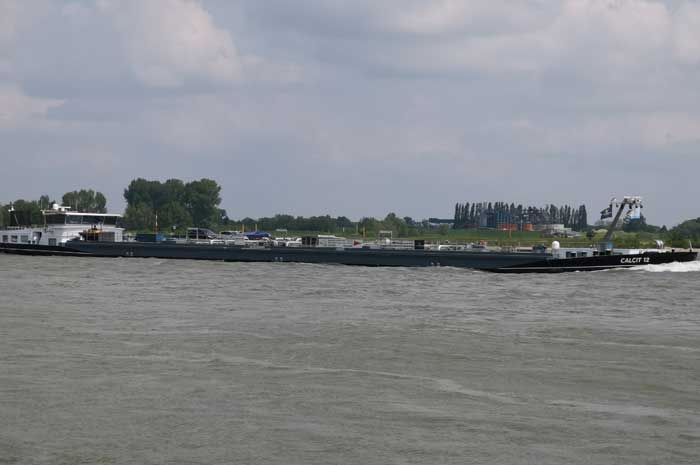 We, and probably also the numerous cows on the pastureland, enjoyed the view over the Rhine and the wide green areas, especially since the hitherto dense cloud cover started more and more. Should it still be a cycling day? 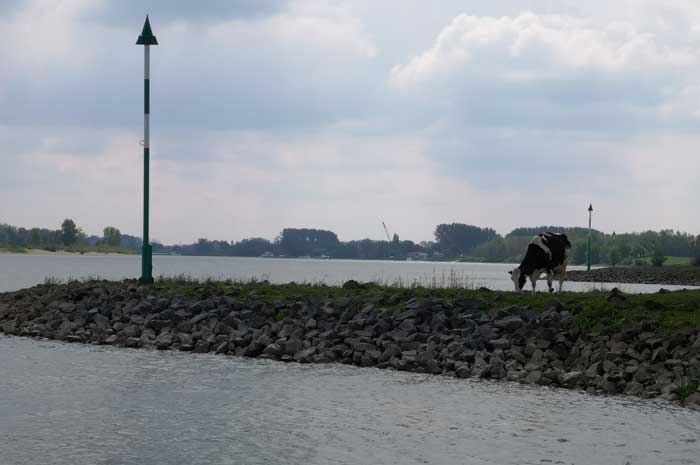 The lush green tempted - except for the riverbed protection! 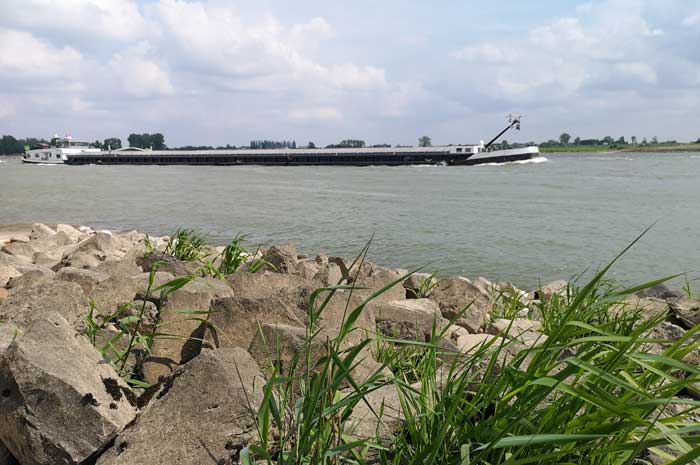 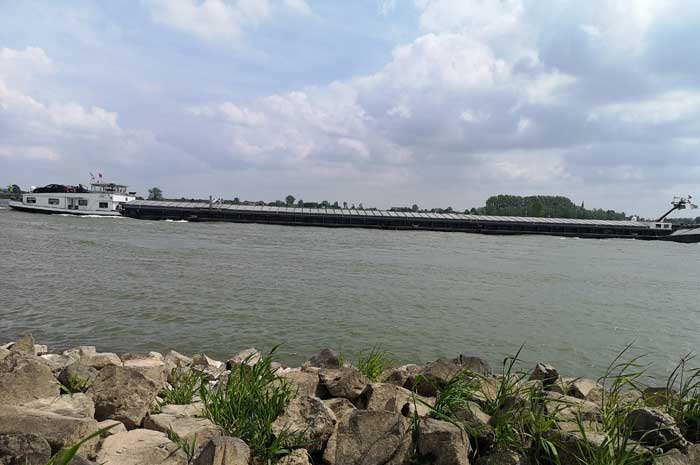 One last look, then it should go back to Andreas, where a coffee is already waiting for us. 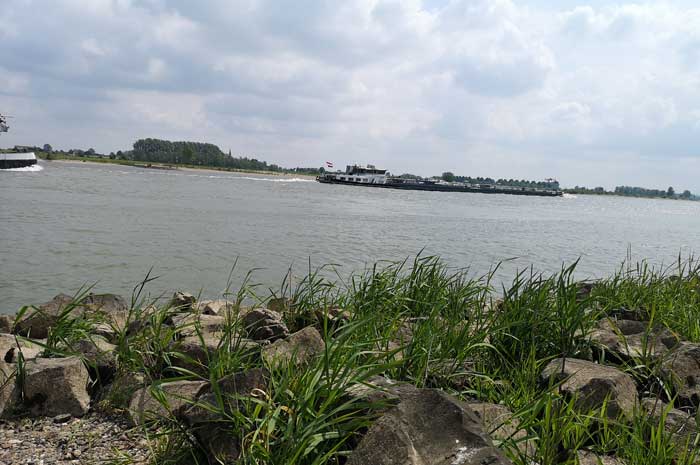