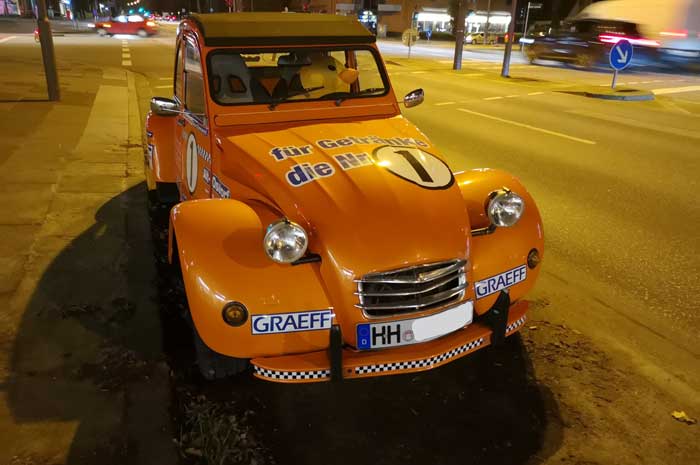 The Citroën 2CV was once a very popular model of the automobile manufacturer Citroën with an air-cooled two-cylinder four-stroke boxer engine and front-wheel drive, which was popularly known as the duck and was often used by students as an inexpensive, mobile vehicle. A rather sporty version of this "duck" caught our eye recently in Hamburg and led to this article. 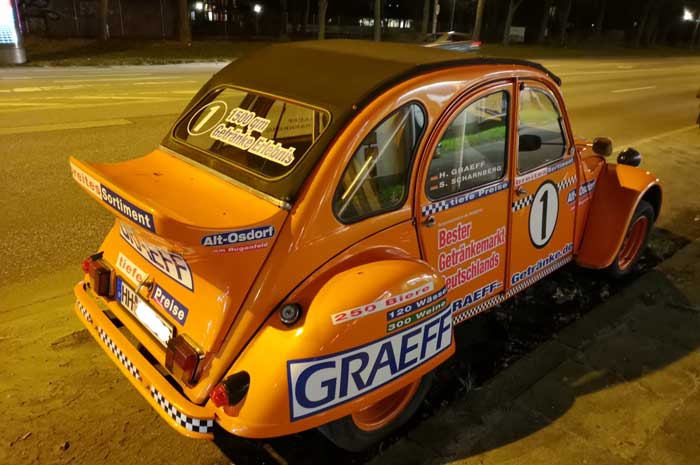 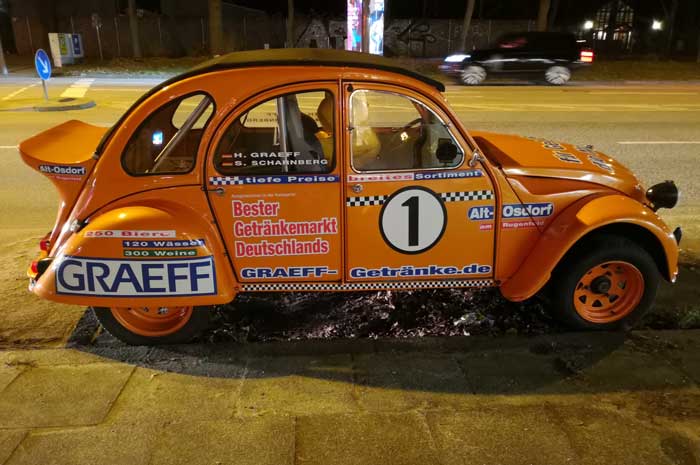 It has an additional motor-gear unit in the rear, which is mounted upside down and drives the rear wheels. Both motors (and thus also the axles) can be operated independently of one another and also individually and each have 12 HP in early versions, and 16 HP in those built from 1964 onwards. 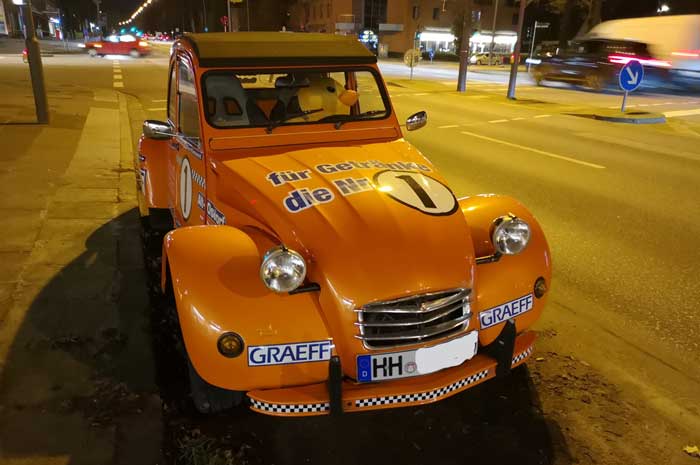 For the engines, an ignition lock with starter button, indicator light and choke are installed on the dashboard. Both gearboxes are switched with only one center shift lever instead of the turret shift typical of the 2CV. 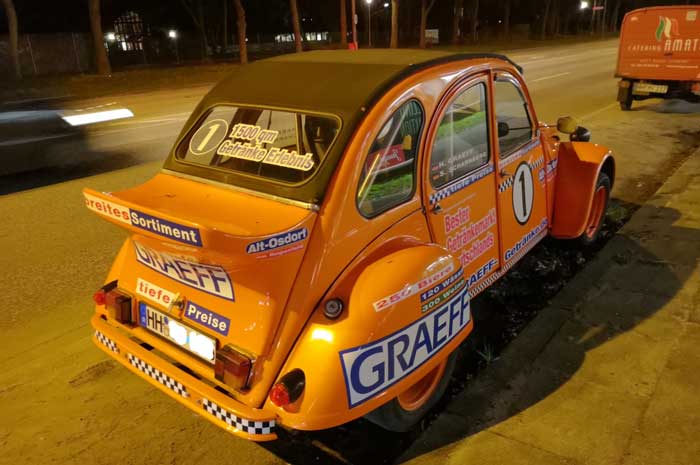 For the two engines, separate 15-liter petrol tanks are installed under the front seats, which can be filled via holes in the doors. The spare wheel is attached to the front of the bonnet, which is also custom-made. 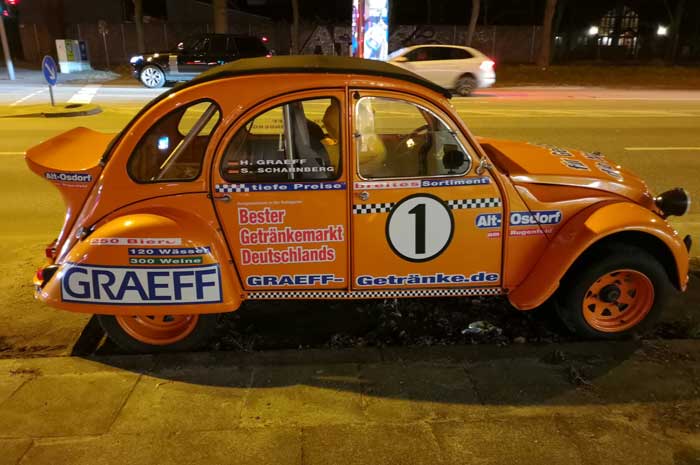 Thanks to the "switchable" all-wheel drive, the car is very good equipped for off-road, but at twice of the price of the standard "duck". Today, they are still coveted and expensive oldtimers, in which good specimens are traded at prices in excess of 100,000 euros. Unfortunately we could not determine where the price of this racing duck is.

Historic Racing Cars at the campsite of Winchcombe