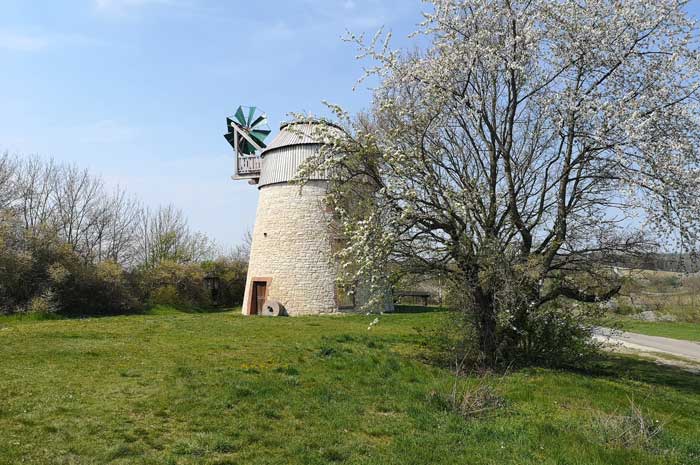 The Dutch windmill from the year 1831, standing on Sachsenberg at an altitude of about 275 m, is the last of three former mill specimens on the outskirts of the village, which were however destroyed by fires in 1839, 1848 and 1851 and were subsequently renewed several times. 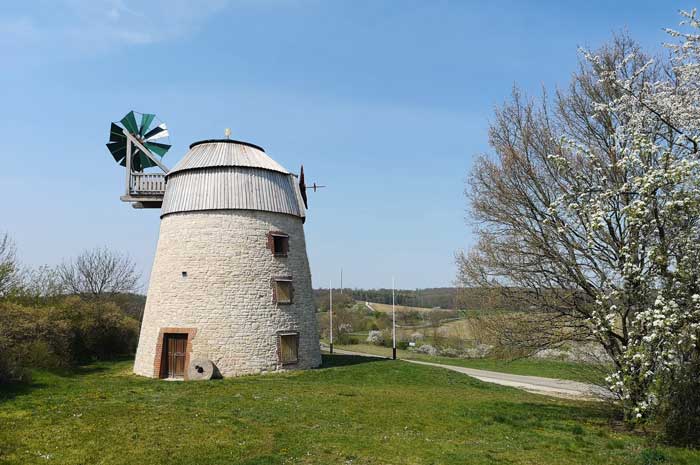 This last mill has a ten-spoke wind turbine with a diameter of 14 meters. The tower measures 13 meters from the floor to the roof top. The cap windmill design is otherwise common in southern Europe, rather rare in Germany. 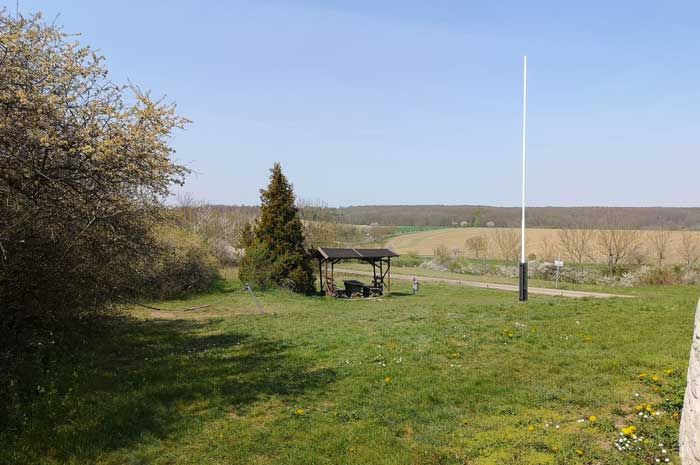 The Eckartsberga mill was last technically repaired in 2006, a small exhibition was also created here, probably because of the current Corona crisis, the wings have not yet been assembled for this year. 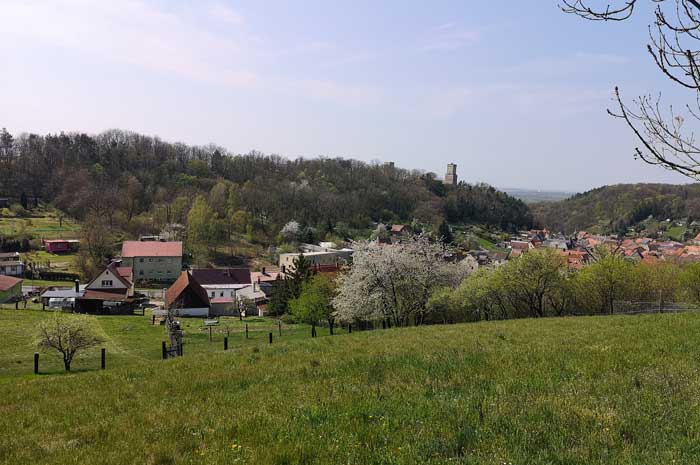 The Dutch windmill, also locally known as the cap windmill, is the most modern development of the classic windmill, because this type of windmill displaced the previously built post-windmills in the 16th century, especially in the Netherlands and northern Germany. 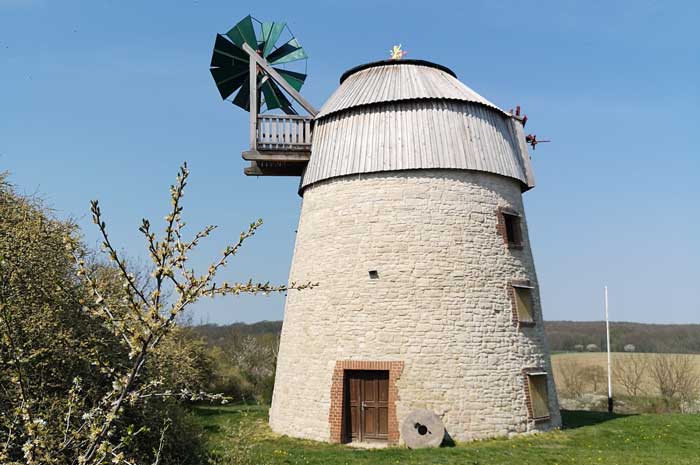 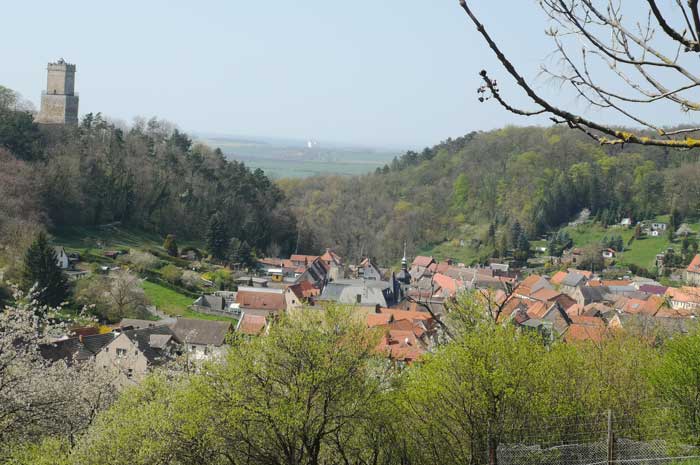 The movable head (cap or hood) of the mill with the blades attached to the vane shaft rests on the "tower" made of wood or masonry and can be rotated on the rollers (previously made of wood, later from steel) and a so called Krühring (Dutch Kroyring) stored at the upper tower end. 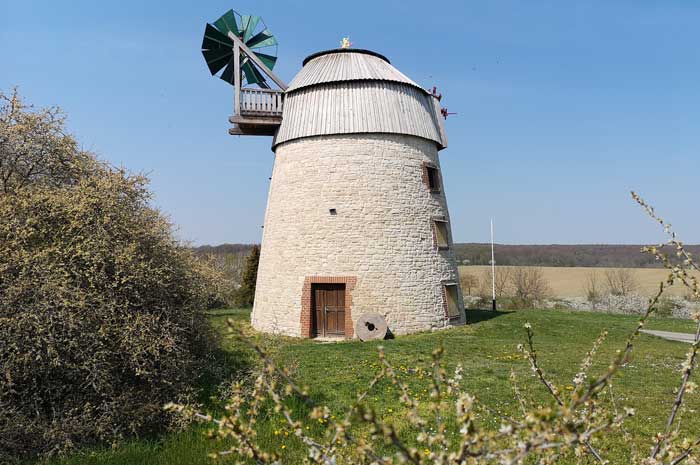 A sanding cap does not need any rollers and sits on sanding boards that are lubricated with soft soap. So only the upper part - the cap had to be turned into the wind. Wind rose (automatic wind tracking) mounted on a solid frame at the end of the cap, which was patented in 1745 by the Englishman Edmund Lee from Brockmill Forge near Wigan. 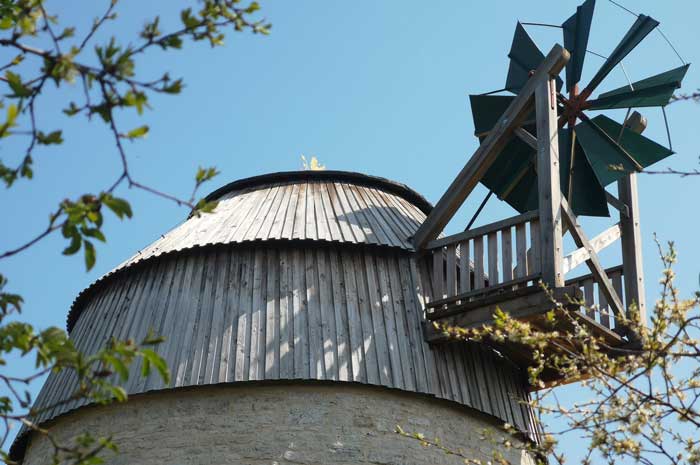