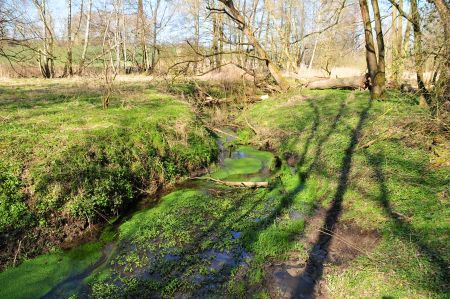 Another walk has taken us along the Lossa creek, where we came across an almost heavenly piece of land, beginning at the end of village Billroda.

The creek meanders almost parallel to a forest path, forming smaller or larger loops that change from year to year when exposed to the power of water. There was sometimes the soft rippling of the water when stones had to be overcome, then a small area of ​​water had been formed that glowed with green algae. In short, nature so much beautiful here. The only thing that startled us in our dreams of a perfect environment was the sudden, soft cracking of branches - a deer that we had probably startled.

Once again it became clear to us that human beings and their settlements have changed nature and the environment considerably in the past centuries and thus “adapted” to human use. Often with permanent benefits for their settlement policy, but often also to their own detriment. The straightening of rivers and streams is a typical example of such mistakes in the settlement of the landscape. Just gradually people did learn the importance of nature and the environment, for example, a floodplain in regard to flooding. Today creek or river meadows are an extremely important and diverse space for people and what great importance the floodplain is not only for its agricultural activities.

Destroyed floodplain landscapes and their effects 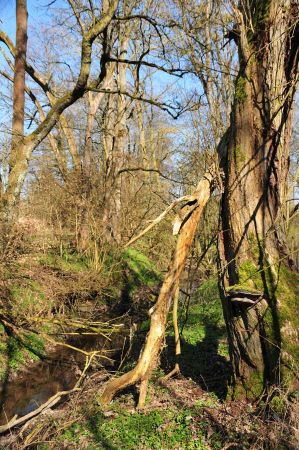 The catastrophic floods on the Rhine, Oder, Danube and Elbe, naturally also due to their tributaries and streams, made it clear that the floodplains are part of the body of water because they represent a natural floodplain. Since then, a broader public has also been aware that the floodplains should not be narrowed as far as possible, even in the settlement areas of the floodplains.

Stream or river meadows are constantly creating new habitats for pioneers among plants and animals. The moving water provides the flooded soil with sufficient oxygen even in the growing season. The surface structures and living space conditions are primarily determined by the river or stream. Due to the alternation of flooding and dry traps, floodplains are very dynamic habitats with different site conditions, which are interlinked in a mosaic-like manner. Meadow ecosystems house a wide variety of plants and animals in a very small space.

Similar experiences at the Lossa 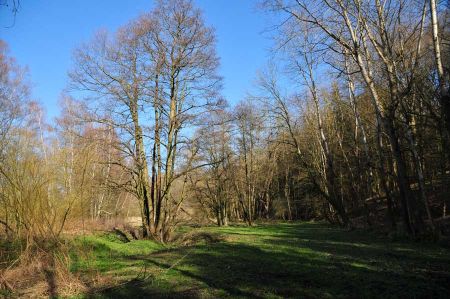 The Lossa is a small, 43 km long, right tributary of the Unstrut in Saxony-Anhalt and Central Thuringia. It arises at the western end of the area of ​​the former municipality of Lossa in the Burgenland district in Saxony-Anhalt. The source of the Lossa lies in the Finne, a border of the Thuringian Basin. The Lossa initially flows south through Rastenberg, Mannstedt, then west through Guthmannshausen, Olbersleben and Großneuhausen. The Lossa flows into the Unstrut near Leubingen and shares the river bed with it to Griefstedt, where they in turn divide into a left Unstrut arm and a right Lossa arm. The two rivers finally flow together behind Gorsleben.

Starting in 1967, a larger part of the Lossa was straightened in the following years, so that the annual flooding of meadows and arable land almost stopped. However, the river speed of the Lossa increased considerably as a result of these river construction measures, especially in the case of strong thaws during the snow melt. When, at the turn of the year 2002/2003, the Unstrut occurred due to the amount of melt water brought in by the Lossa and the resulting backlog, this was one of the causes of the catastrophic flood at Leubingen. 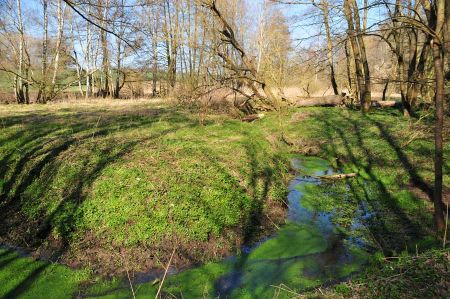 Floodplain are bank landscapes of streams and rivers, their terrain forms and communities are characterized by the change between low and high water supply. As part of the river landscape, they are in constant communication with the river and its catchment area. Technical flood protection with its dyke structures, particularly in densely populated areas, has led to a steady displacement of the traditional floodplains at the beginning of the industrial age. With an increase in flood peaks, the risk of flooding the existing protection systems in the original floodplain areas with their settlement areas increases.

The floodplain was always considered a good settlement area, since it is flat and therefore particularly well suited for development. However, the knowledge of the floods of the past years is that the floodplains and thus their flora and fauna remain extremely important, which cannot be guaranteed with technology alone.