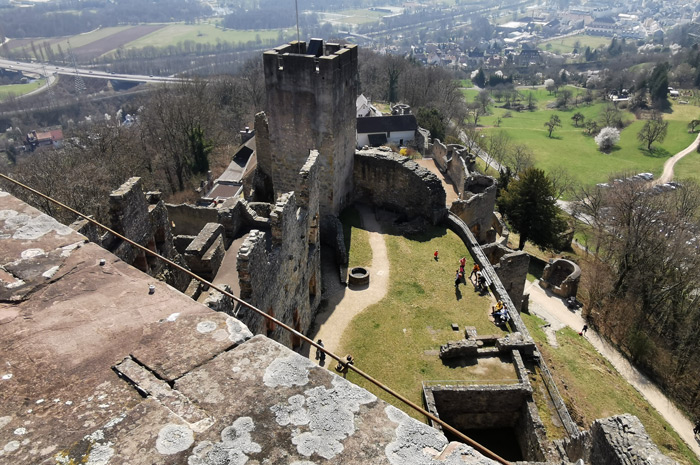 The so-called Baden Wine Route, which leads past a colourful variety of sights, begins in Weil am Rhein. The Black Forest, the Rhine Valley as well as Lörrach and the Swiss city of Basel are in the immediate vicinity, and all destinations can be easily reached on the excellently developed cycle paths. 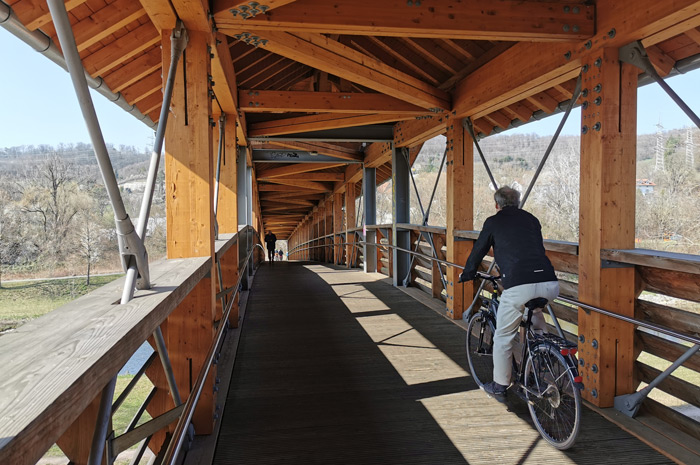 Lörrach with its Rötteln Castle, the destination of today's bike tour and the city's landmark, is less than five kilometres from the Germany-France-Switzerland border triangle, and the district area even borders directly on Switzerland. 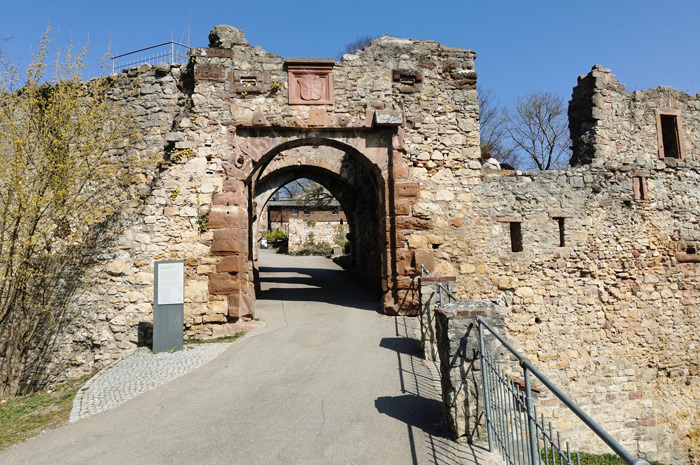 Rötteln Castle rises above the Lörrach district of Haagen on a 400-meter high, wooded mountain spur. The elongated castle complex roughly follows the north-south direction specified by the ridge and is divided into the lower or outer castle and the upper or main castle. 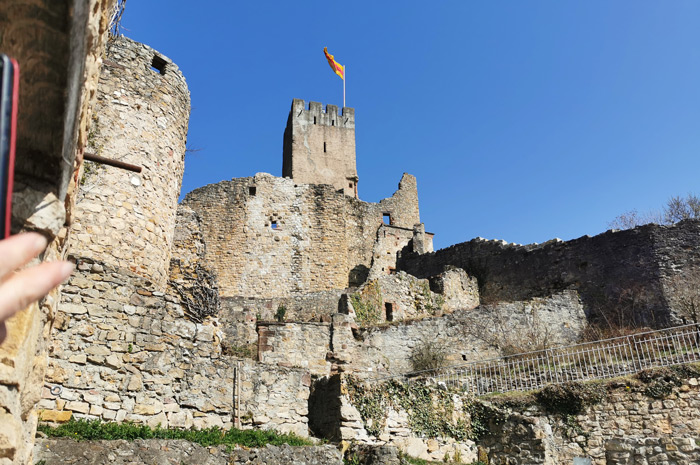 The main castle in particular can be seen from a great distance thanks to two prominent defensive towers. From the defence towers you can see the lower Wiesental to the east and south, which bends almost 90 degrees at the height of the castle. 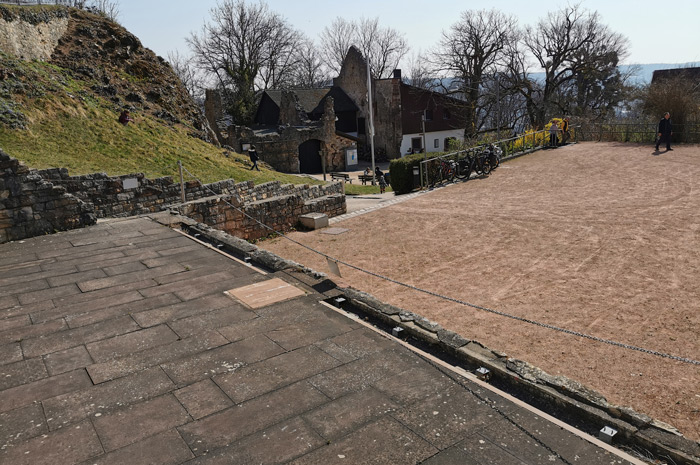 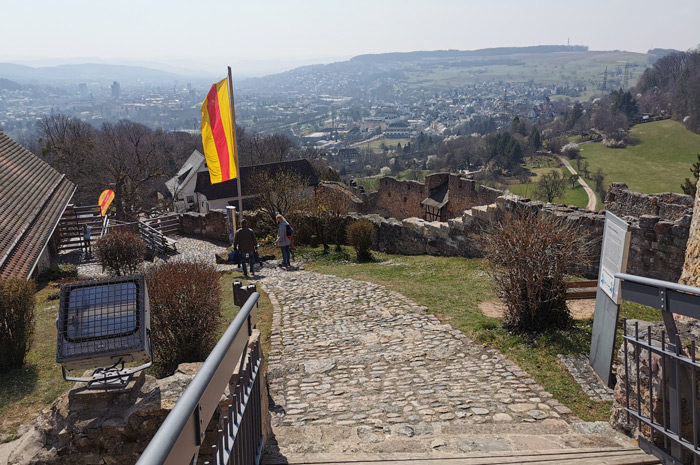 The terrain drops more than 15 meters from the mountain spur into a spacious ditch. This favourable topographical situation may also have been the decisive factor in building a hilltop castle there. 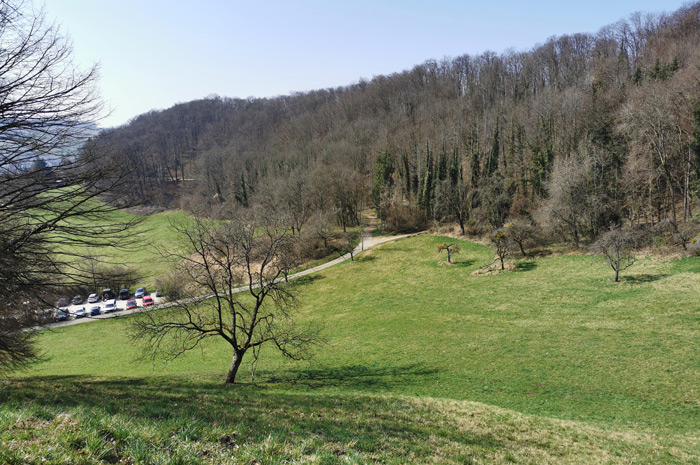 A parking lot for visitors (cars) is located directly below the castle on a small plateau, which is bordered further west by the Karlshöhe. To the east and north-east, the spur falls steeply into the Manz Valley, which is densely populated, especially in the lower part. 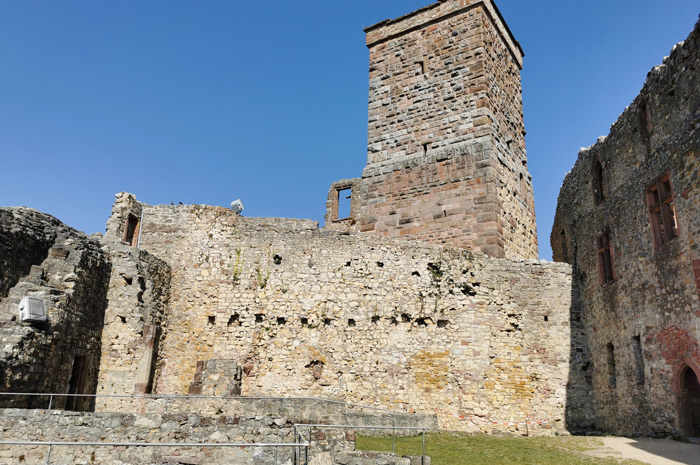 From the parking lot, an asphalted path leads in a serpentine along the west flank of the outer bailey to the main portal in the south of the castle. Several hiking trails cross at a barbecue area north of the castle. 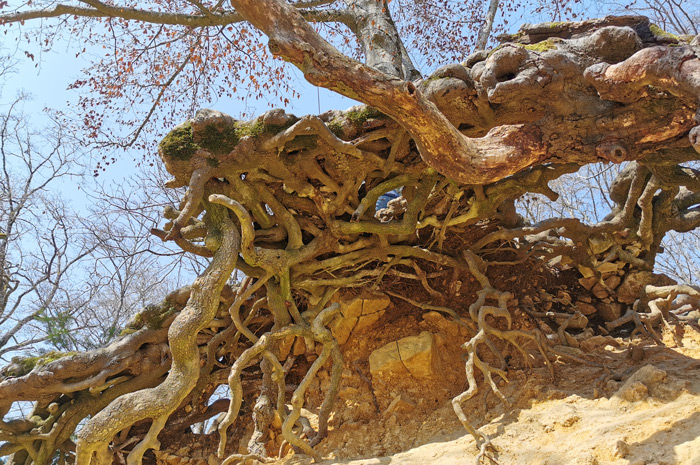 Among other things, the 13th stage of the Westweg runs there, which leads from Pforzheim to Basel. Part of the Westweg route runs past the walls of the upper castle through the gate on the round tower in the north-west to the south portal and thus through the castle complex. 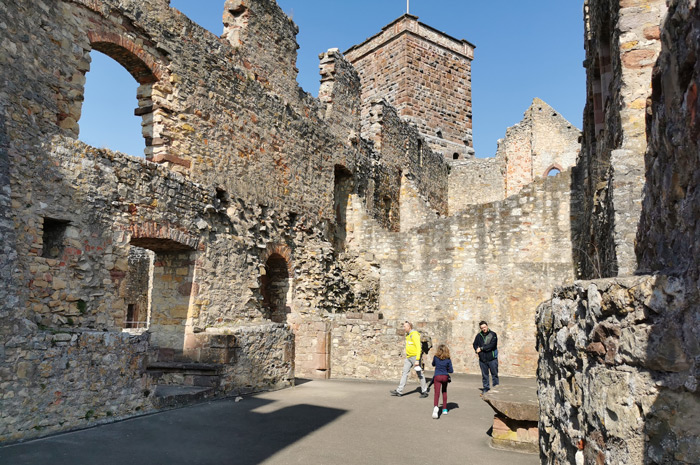 A waypoint is a stone, three-meter-high granite portal, the so-called Portal Dreiländereck Lörrach. The southernmost of a total of twelve Westweg information portals on the national long-distance hiking trail is located at Rötteln Castle. 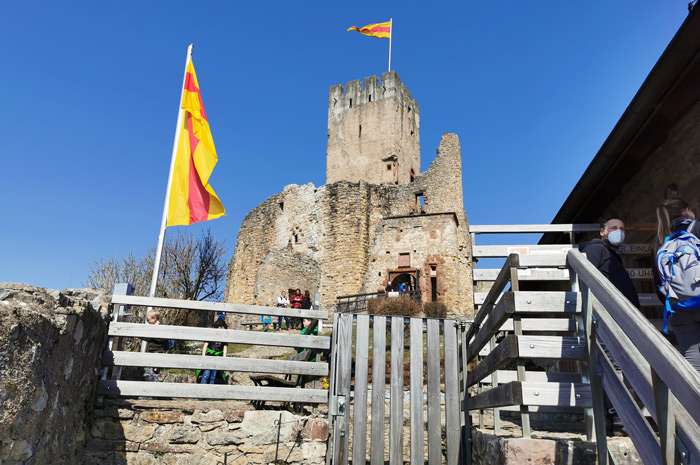 In another article we will report on the castle itself, which left us with deep impressions because of its architecture, because the foundations of the castle lie partly on the Jurassic formation of the upper Dogger, partly on sea sandstone conglomerates that can be assigned to the Middle Oligocene. 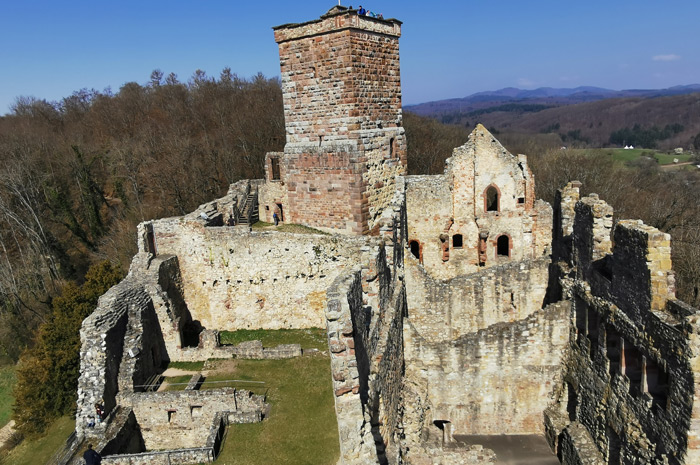 The eastern third of the complex stands on the Upper Hauptrogenstein, the middle on the Movellier, Ferrugineus and Varians layers, the western on marine sandstone conglomerates. 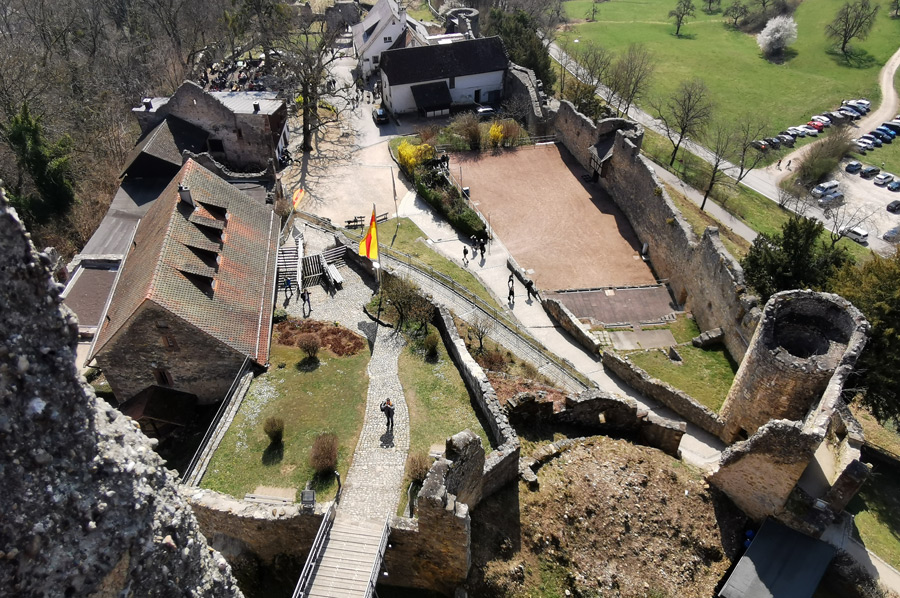 All types of rock were used in the construction of the castle. The "pale red, silicified red sandstone blocks of the towers and the deep red, fine-grained red sandstone, which was processed wherever profiled workpieces were required (window and door frames, consoles, vault ribs, floor tiles, gemstones, coats of arms, etc.)" come from the Wiesental. 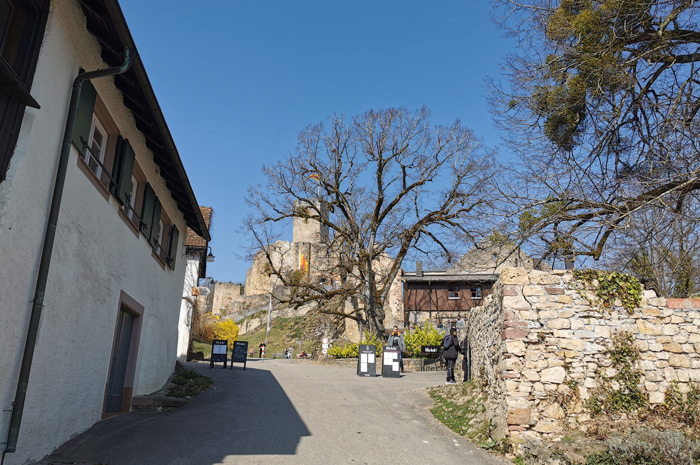 The steep slope from which the mountain spur with the castle protrudes and the Röttler forest beginning to the north are geologically part of the Black Forest. 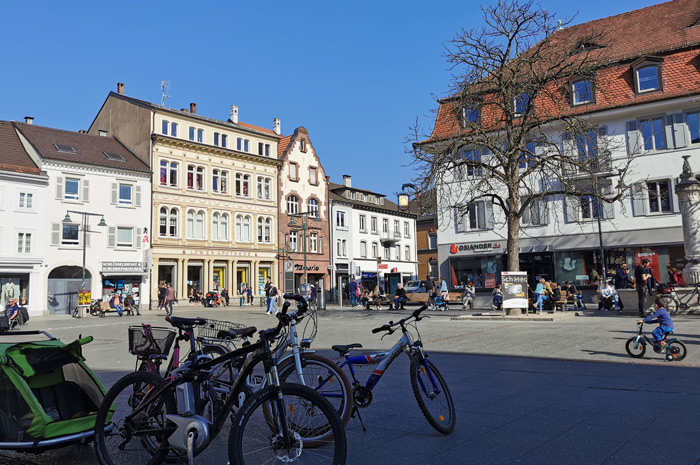