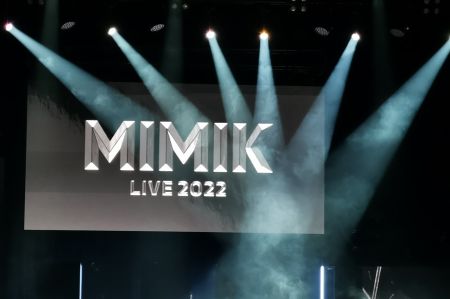 As one of the most successful German thriller authors of modern times, Sebastian Fitzek can look back on a great career in the field of thriller and crime literature, especially in recent years.

We have also read some of his books and now wanted to take the opportunity to take part in one of his very popular readings, because the last event of his so-called “Reading Show 2022”, as he calls it himself, took place near us at the Erfurt exhibition center. 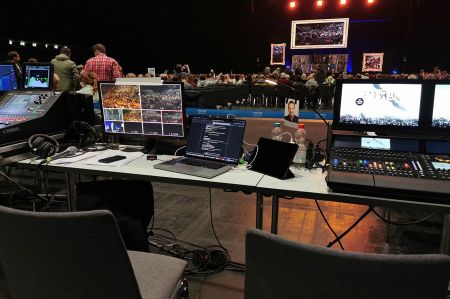 Reading show, a bit unusual, as we had heard many times from Fitzek-Kenner: It won't be a "normal" reading! The guests (one could almost say participants) experience an interactive, multimedia reading show, after which they are guaranteed to see themselves and those around them with different eyes. There will also be a special guest who will reinforce this intense experience even more. We were excited to see what was to come.

His crime stories, often set in his hometown of Berlin, are mostly gripping, captivating and revealing. But a reading show? What could that be?

Surprising technology that is more reminiscent of a band performance 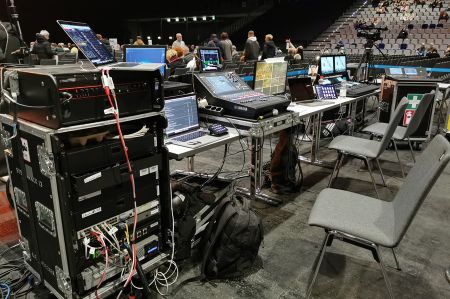 So we first went by car to Erfurt, otherwise the capital of Thuringia can hardly be reached from us and the first surprise was already at the exhibition car park: €8.00 parking fees, is it worth it and is it necessary?? Numerous visitors had already gathered, fortunately there was the obligatory Thuringian bratwurst and the delicious mulled wine on site, which was very appropriate, because admission was only at 7 p.m. And the place kept filling up! A first estimate resulted in at least 2,000 visitors. Skepticism arose again: "Reading", in front of the number of people?

Well, once there we went into the multi-purpose hall with chairs, first past various light and music controls, not to say mixing consoles, which were more reminiscent of a music concert on a larger scale, and in the distance a stage structure with various large-format picture frames, which served as Screens functioned and their cameras were initially aimed at the audience or the filling hall. Also unusual for a reading, so our thoughts. 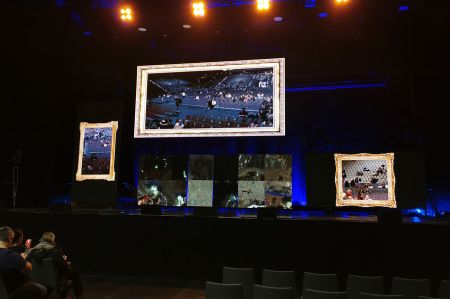 During this time, the hall continued to fill up and we already foresaw that the announced start at 8.03 p.m. (what reference this strange time had was initially unclear) would not come to pass, as other visitors were still standing in front of the doors.

With a 10-minute delay, the main actor Sebastian Fitzek entered the stage, and a little later he also introduced his stage partner Dirk Eilert, who is much more than just a stage partner during the reading show, because it is about the topic of facial expressions, that also became Fitzek's book title. 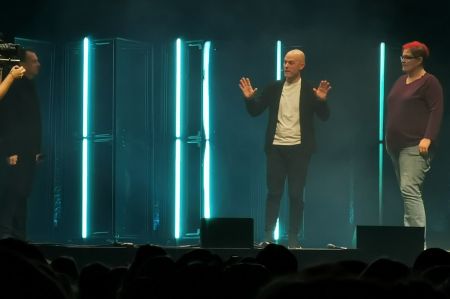 Dirk Eilert is an expert in emotional intelligence and mimic resonance: the ability to decode feelings in other people's faces. As Germany's best-known "face reader", his expertise is regularly in demand on radio, TV and print media.

Dirk W. Eilert has been working as a freelance trainer, speaker and coach since March 2001.

He heads the Eilert Academy for Emotional Intelligence, where coaches and psychotherapists are trained in emotion coaching and facial expression interpretation.

Sebastian Fitzek - a world of abysses of the human psyche 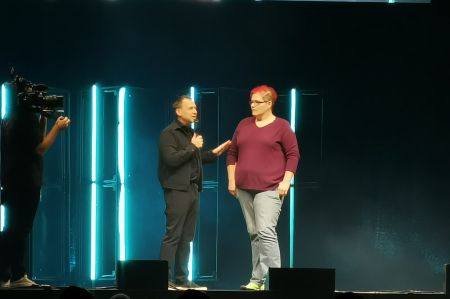 Sebastian Fitzek was born in Berlin in 1971 and prefers to use this as the setting for his exciting actions. Sebastian Fitzek originally intended to become a veterinarian, but this plan was abandoned after three semesters. Instead, law became the subject of choice and Fitzek earned his doctorate in copyright law. He worked as editor-in-chief and program director for various radio stations in Germany.

The foundation stone for his career was laid with his first work “The Therapy”. His books have now been translated into 24 languages and with more than 8 million books sold, the psychological thriller star is one of the most successful German writers.

After his successful author tour in 2019, which was attended by over 60,000 spectators, Sebastian Fitzek was on the road again in Germany. The response or numbers are not yet available. Anyone who attended the reading show three years ago will know that it is not a "normal" reading. 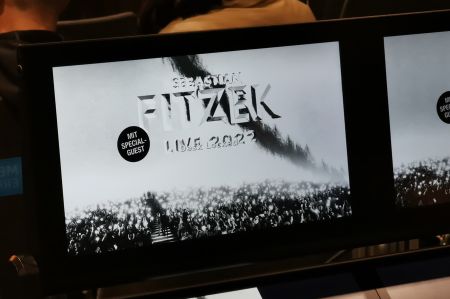 Sebastian Fitzek once again gives multifaceted and personal insights into his work, even if, in our opinion, the parts of his actual reading are neglected. But of course, people also read, of course, even if the integration of certain visitors into your program takes far more time.

Three years after the most successful author tour to date with over 60,000 spectators, Sebastian Fitzek returned to the big stage in 2022. For us, in summary, an interesting event with many well-made interludes from the audience and the two artists among themselves, whereby the show component slipped too much into the foreground.

A real reading in front of a smaller audience is preferable to us when the topic is "reading". 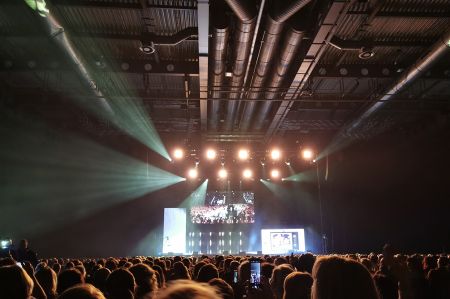 After the show there is finally another signing session with selfies, until - Fitzek is also known for this - until the last autograph request is fulfilled.