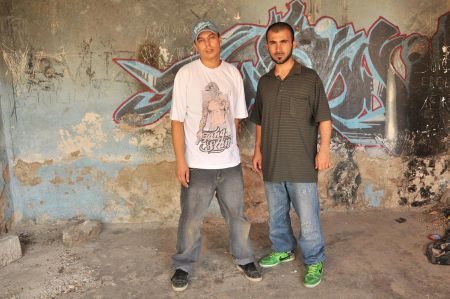 How can we use art of Rap and hip-hop culture in a way that supports tolerance, peace and love?

The culture of tolerance – a team spirit that is formed in order to overcome political, economical, social, religious and other differences.

It is a fact that hip-hop culture, which surrounded whole world without regard to religion, language, race, social status or political view, is influencing the Turkish youth inarguably. The awareness of young people must be raised if cultural diversity is to be regarded as richness. A unifying force is needed in order to create this conscience.

The societies should be built on showing tolerance towards the cultural heritage and belief differences of the individuals. The diversity that is caused by people coming from all over the world and the resulting differences enrich every culture, and brings new ideas and energy.

Tolerance means learning from others and showing them respect; it also means appreciating differences, filling the intercultural gaps, rejecting the unfair clichés, discovering a common ground and creating new bonds. In many ways, tolerance is the opposite of prejudice.

With its life style that embraces tolerance and peace, “Hip-Hop” is a culture of music, expression, dance, poem, fashion and entertainment.

Spread into different departments of life, this culture contains the sub-cultural elements of Rap music, graffiti art, break dance and DJ’ing. Meaning “criticism” in English language, the word rap is also used as an abbreviation for “Rhythm And Poetry”.

Arising from the heart of city life and transcending its musical roots at the same time, RAP emerged in the last quarter of 20th century as a reflection of young people’s hopes, anxieties and desires and it is one of the most influential movements of the century.

The origins of hip-hop culture have been researched by many academicians. In some way or another, what we are sure about Hip-Hop is that it is the combination of many different cultural activities coming together around the idea of “peace, togetherness, love and entertainment”.

If love, peace, tolerance, anti-racist and humanist messages have a broad repercussion in hip hop community, it may have great influence on ethnical relations in our society.

It seems pretty obvious that hip-hop culture has a great influence on lives of urban Turkish youth and only a few people may deny it. Today, the power of messages covered by Rap lyrics is used in either good or bad way.

Rap texts are rich in terms of descriptions and metaphors. In this context, they can be used in order to teach irony, tone of voice, diction and perspective.

Hip-Hop culture is related to harmony of different cultures, tolerance, appreciation of art and entertainment.   It is a call for social change which is against violence, discrimination and injustice and which confronts poverty, racism and drug abuse.

Our fundamental principle should be to teach the generation which is in both consumer and producer position the use of hip-hop as a cultural tool in order to educate and motivate the society.