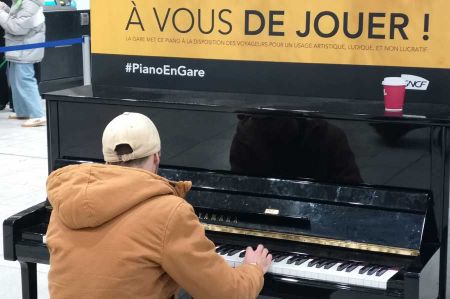 It is no longer new idea, since there are several imitators in the meantime, but it was still a wonderful experience, as suddenly and unexpectedly magical sounds were heard within the otherwise hectic, lively and loud waiting halls at Charles de Gaulle Airport.

This is what happened after our flight to Paris in the waiting room for the TGV train connection. At first we thought of music from a loudspeaker system, which ended abruptly. After a short tour through the huge hall, the original source was found: a black piano in the huge hall, which was played first by a young man, then by a young lady during their stopover.

Shorten the waiting time - a finger exercise to excite others 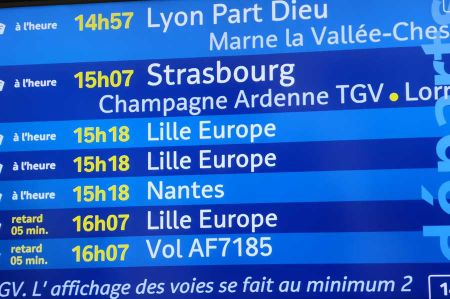 An interesting possibility of reducing waiting times, which can lead to an improvement in the travel experience almost free of charge, is our first thought. Guests and passengers can courageously play their favorite songs on the public piano, some travelers pause because this is still largely unknown. If there is also a private “virtuoso” sitting at the grand piano, a surprising, melodic sound will delight the passengers and provide some relaxation. How beautiful and in contrast to the usual sounds of barely understandable loudspeaker announcements, rolling noises and hectic, often loudly discussing passengers. "Good Vibrations" for everyone - the musicians are the passengers themselves.

From Mozart to Metallica - everyone as he / she wants 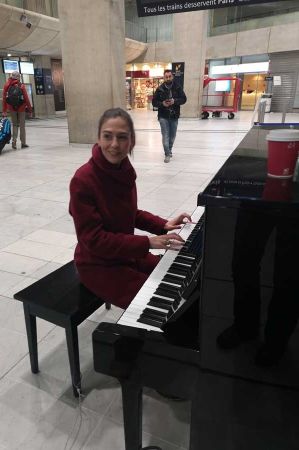 Clear that the pianino attracted a lot of attention and caused many a passer-by to pause briefly. And if every guest or passenger has free access, why shouldn't they play their favorite song in front of an unknown audience. During our project work, we had once initiated a small piano concert at the Rino Campsite when a young French woman wanted to sit down at her piano she had brought with her to do some exercises. Within a few minutes, numerous camping guests had accepted the call for a small open-air concert and had gathered in a circle around her 2 CV station wagon. And when we went through the ranks like this, we were able to register more than a dozen nationalities. When will she ever experience this again?

The sign in front of the black pianino in Charles de Gaulle invites every passer-by to play the piano. The only thing missing was the red carpet as additional motivation. Amateur musicians could play any song they could play: music from Strauss to Sinatra or from Mozart to Metallica.

"This initiative at Frankfurt Airport aims to make our guests' time at the FRA-PO as pleasant as possible - by offering passengers a musical surprise," said one of those responsible.

In the first few days, passengers could find their way to the FRA piano by following the sound of the music until they saw a crowd in the distance. Our piano will definitely reach the right heights for passengers.”

There is also a passenger piano at Frankfurt Airport 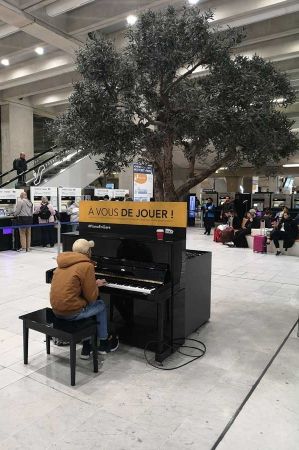 Comments from enthusiastic passengers include: “It's great - live music before my eight hour flight; Don't stop the music! “The piano is a welcome change for listeners and an opportunity for passengers with musical inclinations to showcase their talent and love for music. "My piano teacher always says I should show what I can do," says 10-year-old Antonius when he sits down at the piano. The piano is initially (unfortunately only) available for a three-month test phase.