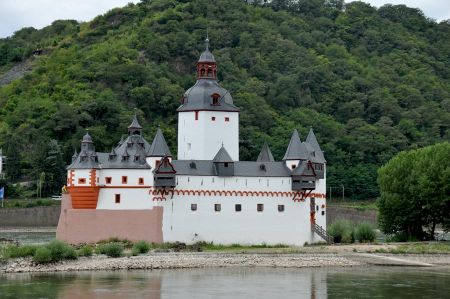 The articles we have created during our tour in Germany will be published here soon. Till then there is short information about Germany, the country.

The capital Berlin is also Germany's largest city, with a population of 3.4 million. Other cities with more than one million residents are Hamburg (1.8 million) and Munich (1.3 million). Cologne is just below the one-million mark. Frankfurt am Main (pop. 662,000) is a centre of international finance.

Germany is a country rich in natural beauty. Between the North Sea and Baltic coasts in the north and the peaks of the Alps in the south lie extremely diverse landscapes, with everything from wide expanses of river and lakeland scenery, hilly uplands and densely wooded regions to agricultural plains and industrial conurbations. The Zugspitze is the highest mountain in Germany at 2,963 metres. Germany's longest river is the Rhine, which flows through the country for a total of 865 kilometres. Germany has 14 national parks, 101 nature reserves and 15 biosphere reserves.

Today, life in Germany is subject to a great diversity of cultural influences. It can generally be described as modern and cosmopolitan. The people of Germany love nothing more than getting together and celebrating, in traditional style during carnival season, at wine festivals, at the Oktoberfest and other beer festivals, or during music festivals from classical to rock – all helped along by great food and fine wines from the 13 vineyard regions.

Germany is home to great writers and famous composers. Names like Goethe and Günther Grass or Bach and Beethoven are part of a long, distinguished cultural tradition. Its legacy is the exceptional choice of culture on offer in Germany today, from ancient to ultra-modern. There are around 300 theatres, 130 professional orchestras and 630 art museums with internationally acclaimed collections. German artists also produce a large amount of creative work in the fields of film and literature.

Academic excellence and research are also firmly established in Germany. Around 370 universities and other higher education establishments are held in high regard, not least by international students.

From the North Sea coast to the Alps

The wide-ranging countryside of the 16 states provides endless options as different as the Black Forest and the Baltic coast. You could go walking in the hills, relax at a spa resort or cruise down the Danube, Rhine or Elbe rivers. No less than 13 national parks are there to conserve the countryside for you to enjoy, and UNESCO has given 38 sites of special interest World Heritage status. The attractions of the Magic Cities and the delightful towns that belong to the Historic Highlights of Germany association offer cultural treasures, great shopping and fantastic food and drink.

Whether you're travelling for business or pleasure, looking for 'olde worlde' charm or high-tech modernity, these 16 different federal states in the heart of Europe are there to be enjoyed – one at a time or several at once.

Every year, Germany's biggest and most popular cities attract millions of visitors from all over the world. Everyone from business travellers and cultural aficionados to shopaholics and party animals will find exactly what they're looking for.

Share on facebookShare on twitterShare on google_plusone_shareMore Sharing Services
The Magic Cities lead the way for urban breaks in Germany. Discover the maritime vibe in Hamburg "Maritime City" or the creative fashion scene in Berlin "City of cool". Düsseldorf "City of fashion" is great for shopping, Dresden "City of culture" oozes baroque splendour. Visit flagship international trade fairs in Hannover "City of innovation" and the Christmas market in Nürnberg "City of history". Discover Bach, books and art nouveau architecture in Leipzig "City of music"? Or how about the Alps in Munich "City of lifestyle"? Traditional German cider in Frankfurt "City of art", musicals in Stuttgart "City of cars" and chocolate in Cologne "City of exuberance"? The choice is yours!