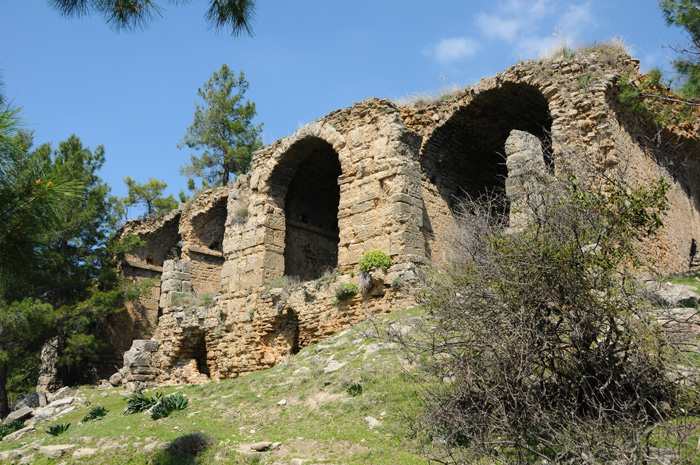 After an extensive tour through the ancient ruin town of Seleukia, which we concluded at the ruins of the public Roman Bath or Hamam, we continued to the dam of Oymapinar together with Olli and Max. 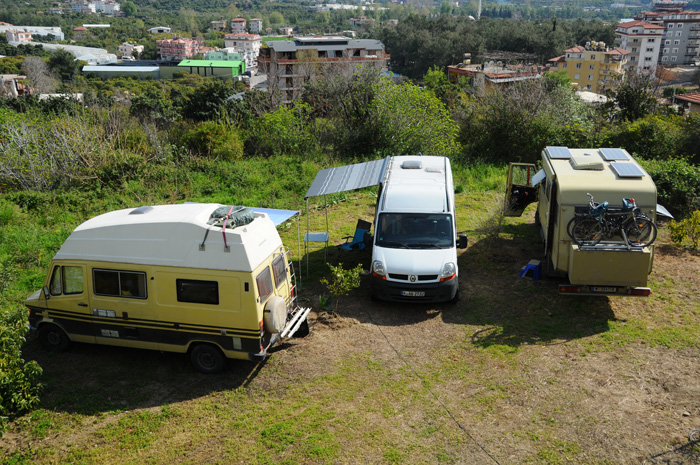 The two campers Max and Olli after extensive exploration of Istanbul as well as the Aegean coast decided to an intermediate stop in Alanya / Oba / Ciplakli, from where after a few days of recreation, should go in different directions. 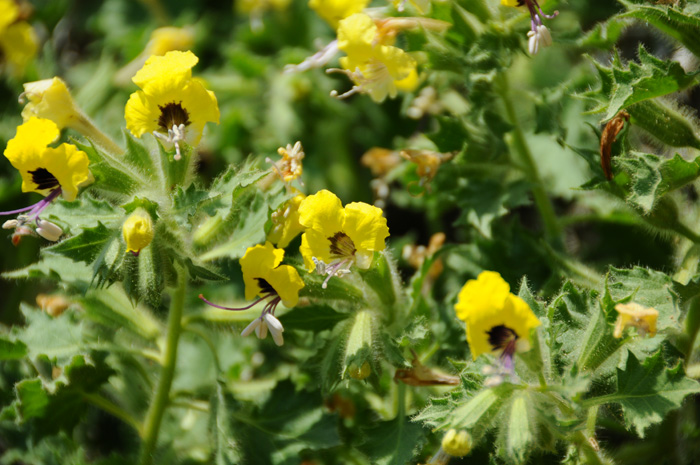 We wanted to use the first sunrays a bit more extensively, especially because of the late-springing of spring this year, there were already beautiful flowers at special locations. No wonder it attracted many people to the outside. 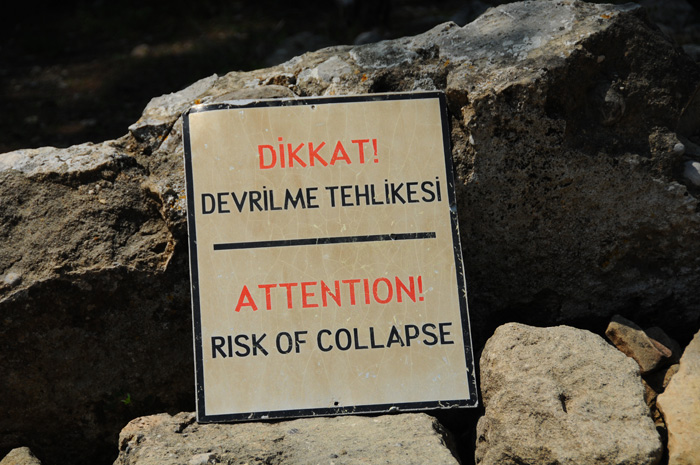 Still, not all traces of the heavy rains of recent weeks have been removed, which we have already seen in the approach to the huge leaks in the asphalt. So there were some warrants that referred to risks. 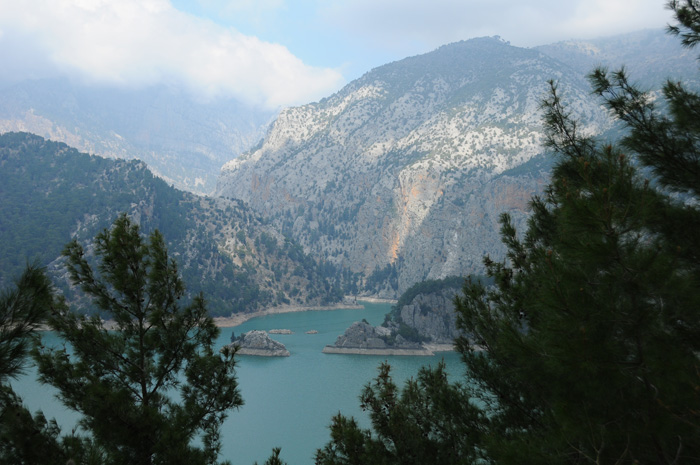 After crossing the tunnel at the dam, we turned right onto the dust road, which crosses the mountain massif and then continues to Akseki. The view of the upper Oymapinar dam compensated for the rather bumpy road. Across the canyon, which we had explored in the previous year by canoe. 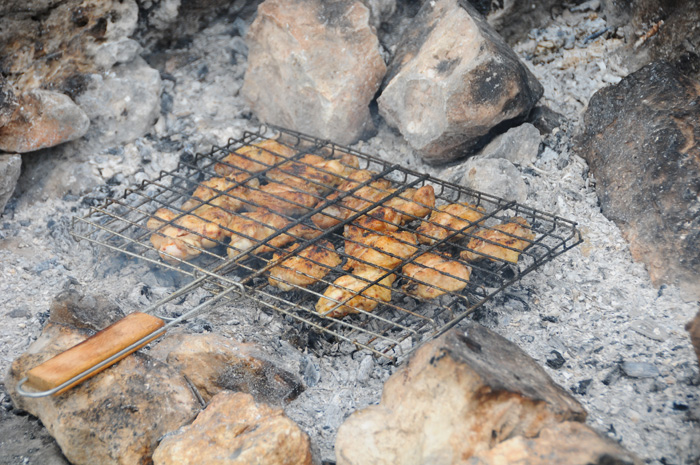 A little later, the friendly smell of fresh grilled food caught us in the nose, which, in addition to the view of the lower Oymapinar dam, motivated us to stop and get out. 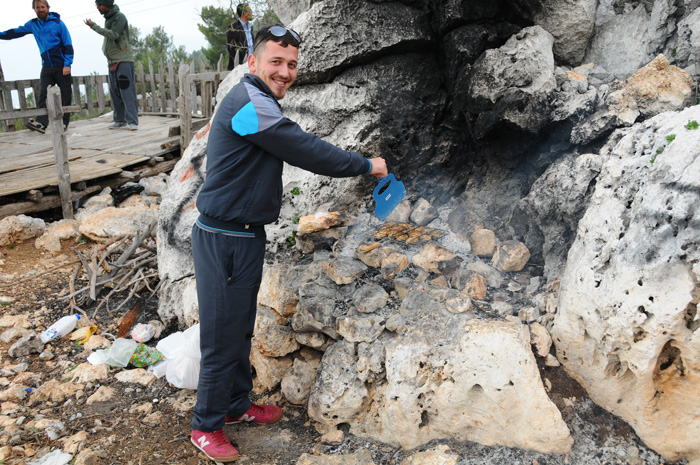 Soon afterwards an invitation was given by the locals to participate in their barbecue afternoon. 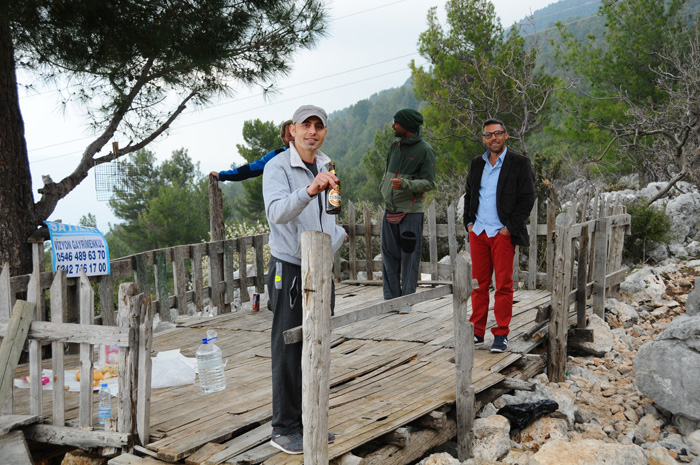 Who can resist such an invitation: in short, we enjoyed the short stopover, which also led to some talks with present locals. Language problems - there are always solutions for this. 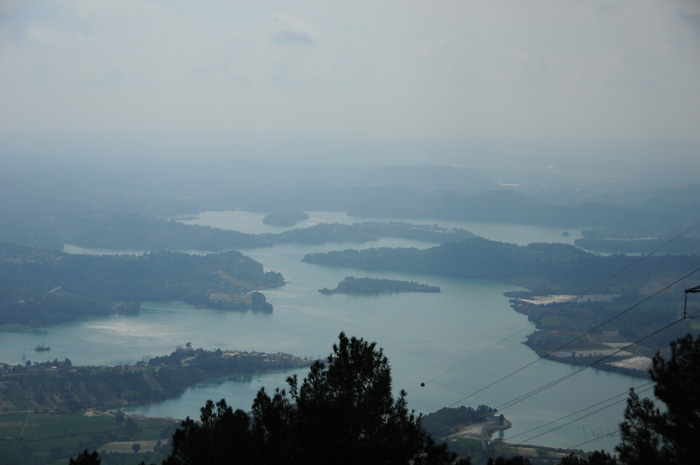 Unfortunately it was quite hazy over the lower dam area, so the beauty of the landscape is not quite recognizable. A huge lake landscape with many peninsulas and islands, partially built to the shore. 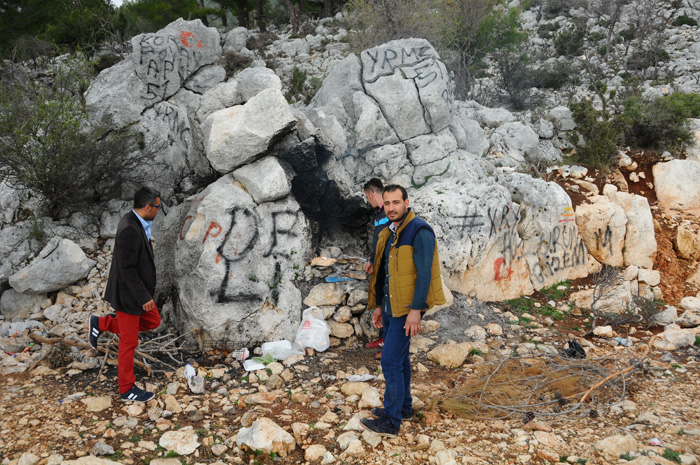 Unfortunately we were only able to contribute very little to this barbecue, but our local bananas were accepted as a dessert. We continued our way a little later, but we also expected a cozy barbecue fire at the camper stop at home. 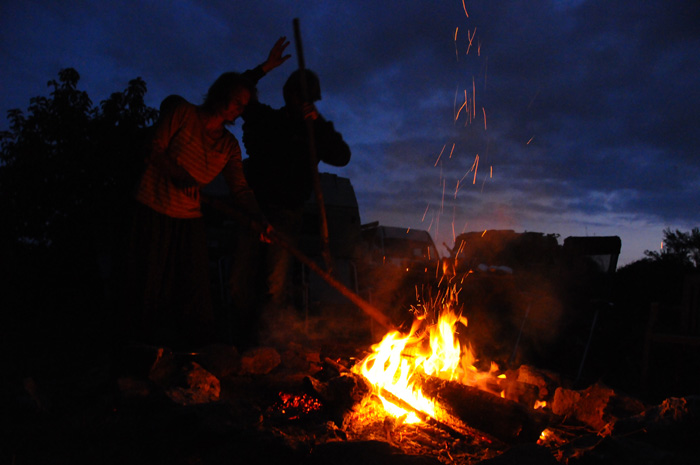 Manavgat Waterfall - in spring time with plenty of water